“My whole heart. Bob was my absolute everything,” Rizzo said in a statement to Us Weekly. “I am so completely shattered and in disbelief. I am so deeply touched by the outpouring of love and tribute from our friends, family, his fans and his peers.”

Rizzo added that “when the time is right and when this news is not as raw,” she looks “forward to sharing more of Bob with the world.”

The blogger concluded: “Sharing how much he meant to me, all of those around him, and how much all of his fans and friends meant to him as well. Thank you for respecting my privacy at this time.”

The Full House alum was found dead in his Orlando, Florida, hotel room on Sunday, January 9. He was 65. The actor’s family released a statement at the time, confirming the news. 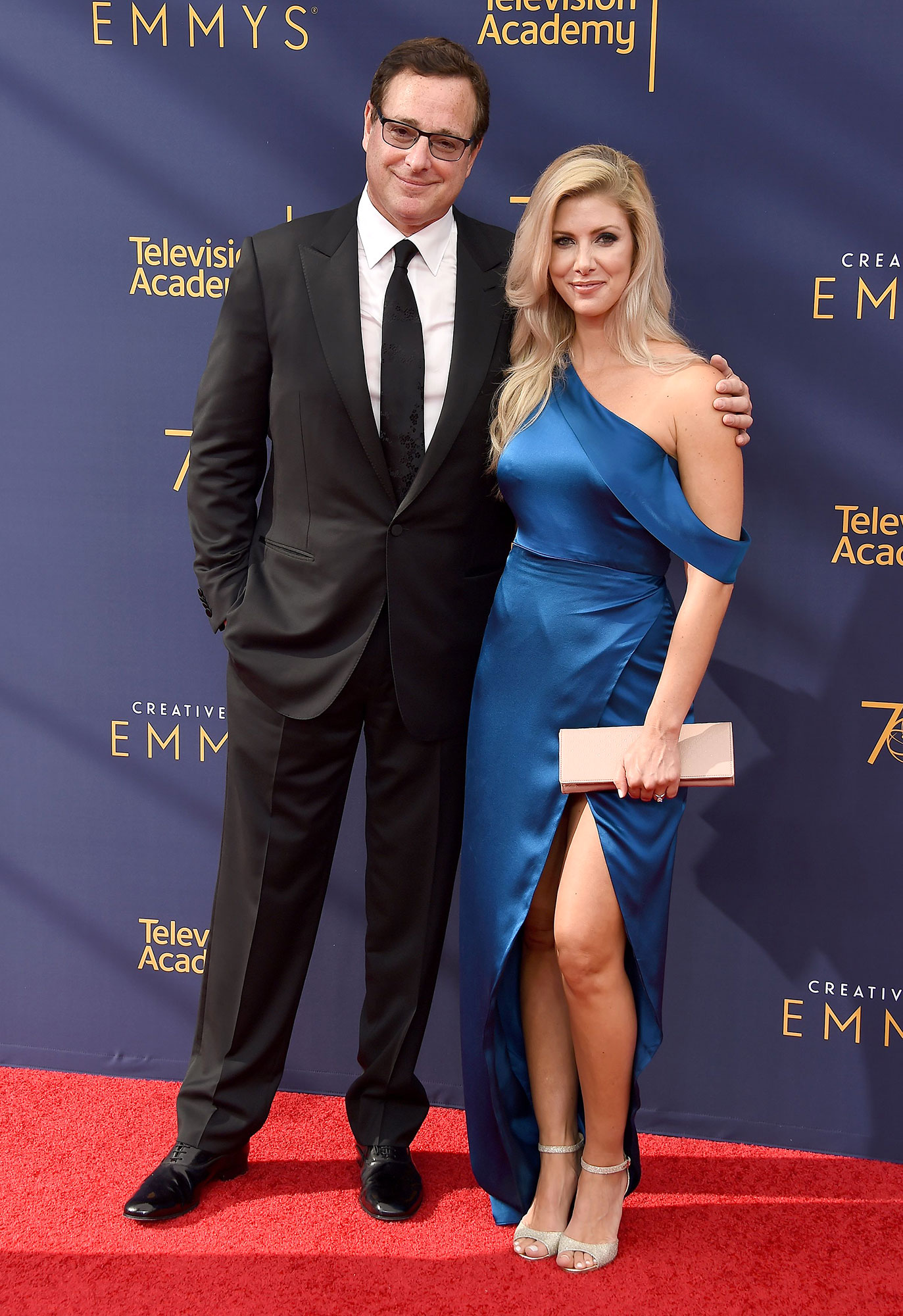 “We are devastated … that our beloved Bob passed away today,” they wrote on Sunday. “He was everything to us and we want you to know how much he loved his fans, performing live and bringing people from all walks of life together with laughter. Though we ask for privacy at this time, we invite you to join us in remembering the love and laughter that Bob brought to the world.”

The How I Met Your Mother alum is survived by Rizzo, 42, and his three daughters with ex-wife Sherri Kramer: Aubrey, 34, Lara, 32, and Jennifer, 29.

The stand-up comedian’s eldest child shared the last test she received from her dad on Sunday via Instagram Stories. “Thank u. Love u,” the Grammy nominee’s message read. “Showtime!”

Aubrey and her sisters developed a close bond with Rizzo after the blogger began dating Saget in 2015. “Kelly and my daughters love each other, so it really is some magical thing that happened,” the Fuller House alum exclusively told Us Weekly in April 2018. “They just love each other.” 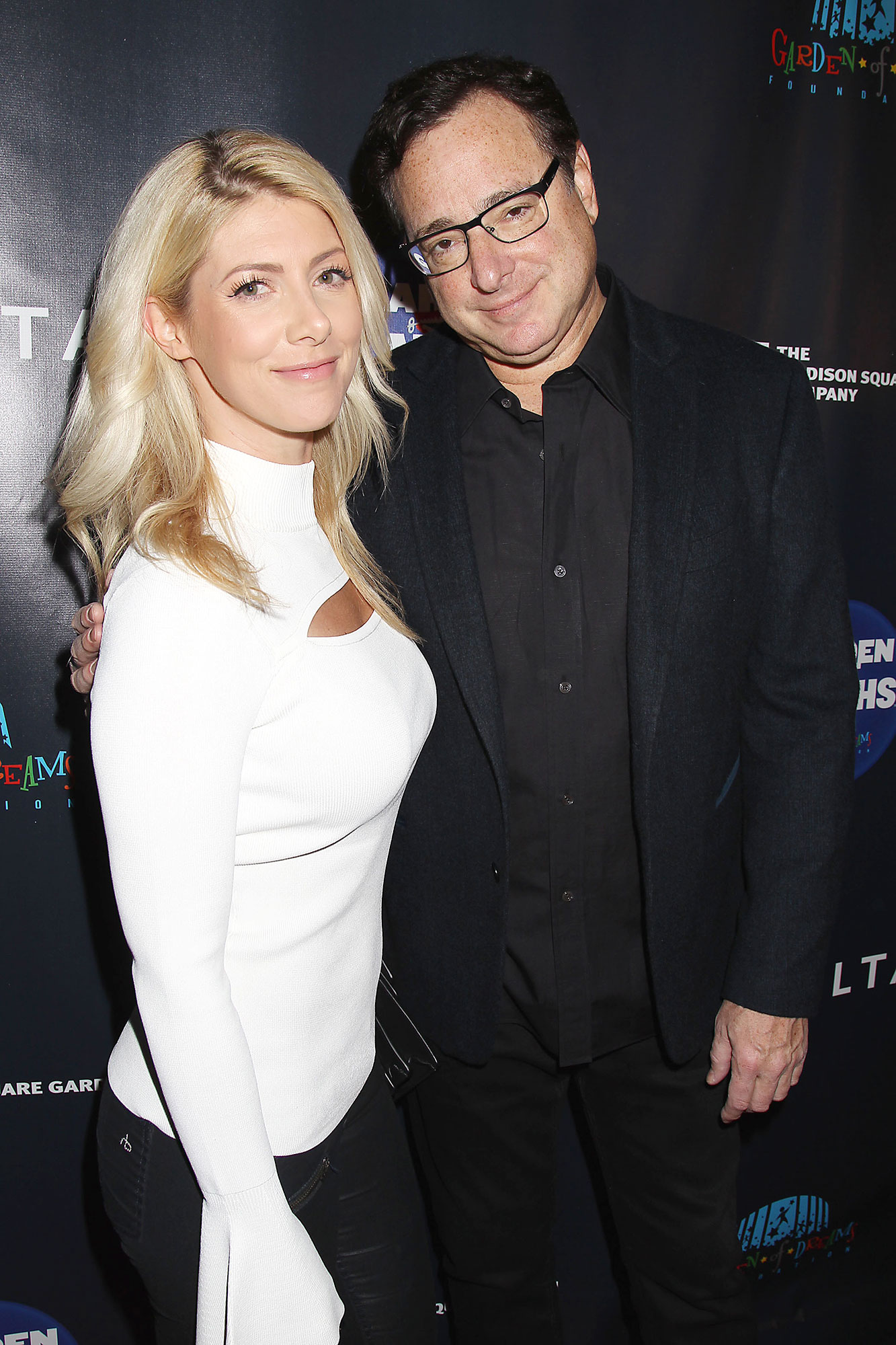 The Illinois native chimed in, “He has three girls and I’m super close with them.” Rizzo went on to say that she and her husband were not interested in having children of their own, choosing to “enjoy life and travel around” instead.

The couple got engaged in November 2017. “The story goes … when he proposed he got on one knee and said, ‘I want to spend whatever years I have left with you,’” the bride reflected via Instagram the following year. “I made him rephrase it of course. But seriously — I can’t wait to spend COUNTLESS years of [love] and [laughter] with you.”

The duo wed in October of the following year in California, celebrating their third anniversary in 2021. “Time flies with you!” Rizzo gushed via Instagram last year. “Doesn’t feel a day over two years 10 months. Love you @bobsaget, thank you for being the most wonderful husband!”

Saget called his wife the “sweetest, most beautiful, smartest woman” in a May 2021 Instagram tribute, gushing, “I am so incredibly lucky — and always surprised she loves me so much. Almost as much as I love her. Everyone who gets to have Kelly in their life is beyond fortunate. She is an amazing wife, daughter, sister, ‘stepmommy Kelly’ and best friend.”