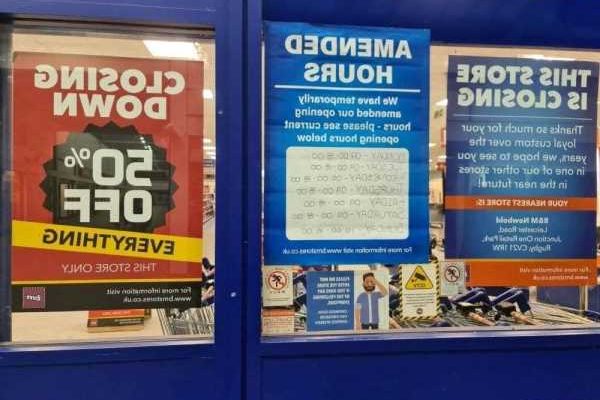 B&M has slashed prices by as much as 50% at one store in Rugby, as it prepares to shut its doors for good this weekend.

Shoppers have spotted a host of bargains on offer in the branch, with everything now half price, but it comes with the sad news that the store is closing down. 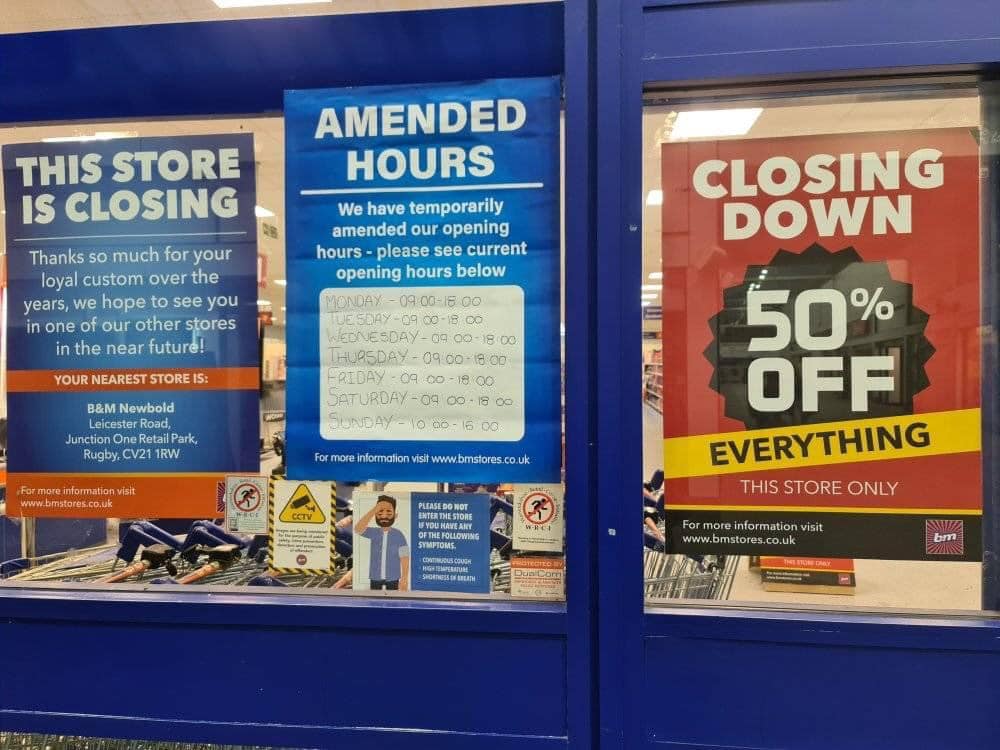 That means that the bargains won't be around for long either – and what is discounted will be subject to availability.

Shoppers will only be able to cash-in on the store-wide discounts until Saturday, as that's when the branch will be no more.

It's the B&M in the Clock Towers Shopping Centre in Rugby that's affected, so fans of the bargain giant that may be further afield needn't worry that their favourite discount haven is disappearing from the highstreet all together.

We've asked B&M if any other stores are likely to witness the same cut prices because they're also closing down, but at the moment it's only the Rugby store that we are aware of – we'll let you know once we know more.

The chain is already known for it's low prices and bargain dupes, and shoppers rarely have to wait long before a major sale hits stores anyway.

Experts advise that you should always have a shop around before you commit to a purchase though, and you shouldn't head to B&M just due to the draw of this sale.

If you weren't planning on buying anything in the first place you won't actually make a saving – that being said, it is a great opportunity for anyone to snag a bargain ahead of Christmas, as toys, gifts and more all feature in the sale.

One savvy saver shared the news of the store's closure on Facebook forum, Extreme Couponing and Bargains UK, on Monday.

She revealed how she had managed to bag over 45 items from the store that should have left her forking out £234.

But because of the major price reductions, the shopper walked away having paid only £116.

She said: "I went to see if I could find any toys for Christmas for my daughter.

"Been in the queue to pay for one hour and 40 minutes, but it's all worth it."

Others in the area also commented that scenes outside proved the determination of bargain hunters, as one revealed how "the queue to get in was a good mile or two".

Another noted that it was "crazy."

It does mean that only this store features the bargains for the time being.

B&M has more than 600 stores across the UK, so if you want to know where you're closest is you can find it using the store locator tool.

In the comments of the Facebook post, other users shared their tips on how to make the most of the store's departure from the area as well – some even revealed how you could get even more money off items.

One shopper said: "Keep an eye on the store still, ours did this before it closed and it went up to 80% off in the end!"

Another agreed, "Keep an eye out as it gets closer to closing as my local did and it went to 80% off," they said.

It's not the first time that B&M has hosted the major discounts in the wake of store closures.

Earlier in the year shoppers from Slough benefitted from a similar price cut frenzy as a separate closing down sale took affect at a B&M store in the area.

Meanwhile another much loved branch in Glasgow brought down the shutters, but not before slashing everything in store by 25% too.