Daveed Diggs, Rafael Casal and Jasmine Cephas Jones sound off on the challenges of turning their 2018 film into a TV show and celebrate how much the OG cast of Hamilton is thriving in 2021.

The stars of “Hamilton” are non-stop.

In 2021 alone, Leslie Odom Jr. earned an Oscar nom for his work in “One Night In Miami …”, Renée Elise Goldsberry was hilarious on Peacock’s “Girls5Eva,” Phillipa Soo starred on “The Bite,” while creator Lin-Manuel Miranda directed the upcoming adaptation of “Tick, Tick … Boom!” and produced the film adaptation of his other big Broadway show, “In the Heights.” That film, of course, stars fellow “Hamilton” alums Anthony Ramos and Christopher Jackson and drops Thursday.

Premiering next week on Starz, however, is the latest from Daveed Diggs and Jasmine Cephas Jones, who both re-teamed with Diggs’ longtime friend and creative partner Rafael Casal to bring their 2018 film “Blindspotting” to television. The show picks up six months after the events of the movie, focusing on Jones’ character Ashley instead of Diggs and Casal, who are back as co-creators and executive producers. On the series, Ashley’s world turns upside down after her boyfriend and the father of her son (Casal) is arrested and incarcerated. 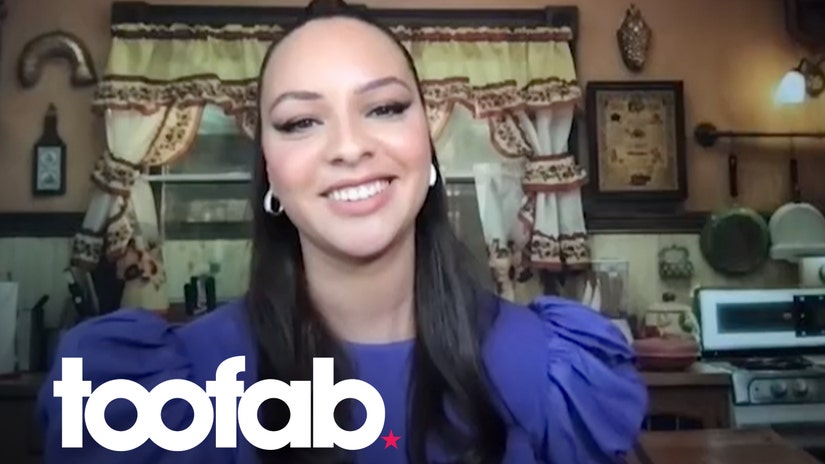 “It’s a beautiful thing. I always want to see everybody win,” Jones said of how the “Hamilton” cast is thriving when TooFab caught up with her, Diggs and Casal ahead of the Starz series’ premiere. “Anytime you get to see your friends that you’ve worked with that are artists, it’s amazing to see because I’m such a huge fan of all of my friends and believe in them so much.”

“Whenever they get to have a platform and get to express themselves creatively and doing what they love to do, I feel like I’m winning, you know?” she added, “and that’s how it should be.”

“It was one of the secret ingredients of that show that they found the right people. We knew that everyone was a star in there,” added Diggs. “It’s nice that it created a platform … it got a lot of eyes on everybody so they could then run with that and sort of do their own thing and show what it is that they do.”

Saying “Hamilton” was a “very particular introduction” of the cast to the world at large, Diggs said it’s been “super joyous” to see his former costars have the power to now say, “Yeah, but this over here is me … so now that you know who I am you can watch me do my thing.'” 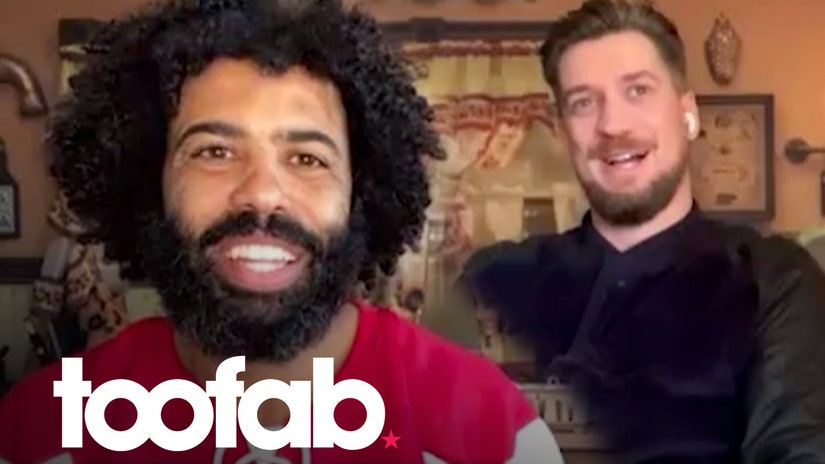 Jones is front and center of the new series, going from supporting character to lead and giving the actress — who was best known for playing Peggy and Maria Reynolds on stage before winning an Emmy in 2020 for her work on the Quibi series #freerayshawn — the spotlight.

“Obviously, that fear comes in and you’re like, ‘Can I hold the show? Can I can I lead the show?’ but you get over it really quickly and you realize you have an amazing support system,” Jones said of the gig. “I’m really proud of it and the cast is amazing and you know working with Helen Hunt and learning so much from her, it’s been a beautiful ride.”

“There’s just so many opportunities to be creative and do some amazing storytelling and I was completely on board,” she added, “and I was like, whenever you guys are ready like let’s do it.”

For Casal and Diggs, the two said that while making the movie, they realized they wanted more of Ashley because Jasmine’s performance was “so compelling.” But, because they couldn’t shift focus too much, there was only so much they could do with her in the film. According to Diggs, giving Ashley center stage was a way for them to “get really excited about” diving back into this world for a TV show.

“Making a TV show — we hadn’t done it before, but we assumed was pretty hard — was going to take awhile and the ship runs on enthusiasm,” he continued. “You have to be really excited about the idea and the idea of getting a chance to write for Jasmine Cephas Jones and write for things for her to do was that nobody had given her before was really exciting to us because we know what a phenomenal performer she is. We’re friends and we know all of the things that she’s interested in and we sort of jumped at the opportunity to create a space where she could really play.”

Casal admitted the two were “pretty naive” at first when it came to how involved they would be on the series, both in front of the camera and behind the scenes. In the episodes we’ve screened, only Casal appears.

“We knew that, one, we needed to clear a bit of a path Jasmine to be up front and really for the rest of the cast to be upfront, and so we made the decision early on that we wanted to talk about what it’s like for the families of people who go into prison because we have a lot of friends and families who’ve done that,” Casal explained. “We were like, we’re not gonna go into jail, we’re going to stay with everyone outside and that’ll give us access to a bunch of characters bonded by an incident that they all have a different perspective on.”

He said the two decided they could bring in their characters only “when it makes sense” for the other characters on the show. “We’ve joked but I think we mean it, 10 minutes into the first episode you’re just not asking where Miles and Collin are, you’re immediately lost in these new characters,” he added, “because they’re so interesting and I think that allowed me and Daveed to step back a bit and just make sure that this show was serving all the characters the right way … and just be world builders with the other artists involved in the process.”

Casal also joked their more creative positions here allowed them to just “sit in chairs all day,” instead of being on their feet in the middle of the action.

Check out the full interviews above to see what Jones said about filming the show’s “heightened reality” spoken verse scenes and her infamous “and Peggy” line from “Hamilton” — and see her in action when “Blindspotting” premieres June 15 on Starz.