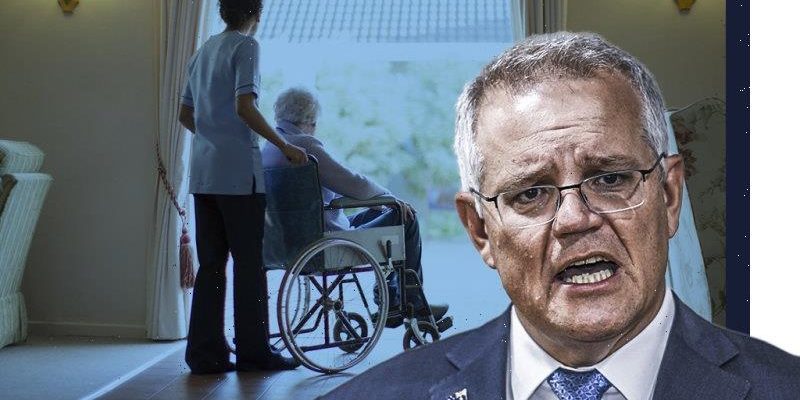 A complete overhaul of Australia’s troubled aged care system will be delivered within two years as the federal government responded to the aged care royal commission by immediately pumping billions of dollars into struggling providers.

Under sweeping changes to be introduced by the government, people will be able to choose aged care homes based on star ratings, there will be mandatory minimum minutes for care workers and nurses to spend with residents each day, and the workforce will be ramped up to meet growing demand. 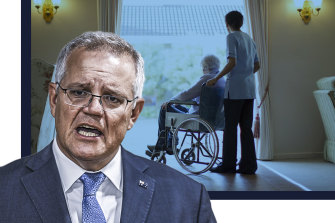 Aged care received a boost in the budget.Credit:

Delivering the federal government’s response to the Royal Commission into Aged Care Quality and Safety’s final report, Treasurer Josh Frydenberg announced $17.7 billion in “practical and targeted new funding” for the sector over the next five years.

“We are committed to restoring trust in the system and allowing Australians to age with dignity and respect,” the Treasurer said in his budget speech.

A new Aged Care Act will be written over the next two years and made law in 2023, with the government promising to lift quality standards and improve governance in the sector that the royal commission said was flawed and largely failing vulnerable Australians.

There will also be $6.5 billion to fund 80,000 new home care packages over the next two years, which the government projects will clear the waitlist by taking the total number of packages to 275,600 by 2023.

On July 1, the basic daily fee paid to providers will also be increased by $10 per resident, per day, at a cost of $3.2 billion. The $10 daily increase was recommended by the aged care royal commission as the minimum amount necessary to keep the struggling sectors afloat.

From next year, residents will for the first time begin receiving a mandatory daily minimum of 200 minutes with a care worker and 40 minutes with a registered nurse. Providers will be required to report staff minutes online by October 2023 as the government works to improve transparency and accountability.

The job of deciding on a pay rise for the sector’s workers will be left up to the Fair Work Commission.

The government is investing $652.1 million into the 366,000-strong workforce, including funding for a further 33,800 care workers to obtain a Certificate III qualification and $91.8 million to expand the home care workforce by 13,000 new personal care workers.

The government also rejected recommendations that people should contribute to the ordinary costs of living or their accommodation, and rejected changes to the current means test for residents.

The recommendation to establish a government-funded dental benefits scheme for seniors, which minimises gap payments for treatment and provides other subsidies for aged care residents and people with seniors health cards, was also subject to further consideration.

Major structural reform of the sector will include the new Act, a simplification of the sector and funding by creating a “more integrated aged care system that provides more choice for consumers,” a single assessment system from October in 2022, and the scrapping of bed licences in 2024 to improve competition.

The whole sector will also be moved into the digital age with the government agreeing to implement an electronic national residential medical chart and adopt the use of My Health Record in facilities by 2023.

Our Morning Edition newsletter is a curated guide to the most important and interesting stories, analysis and insights. Get it delivered to your inbox.