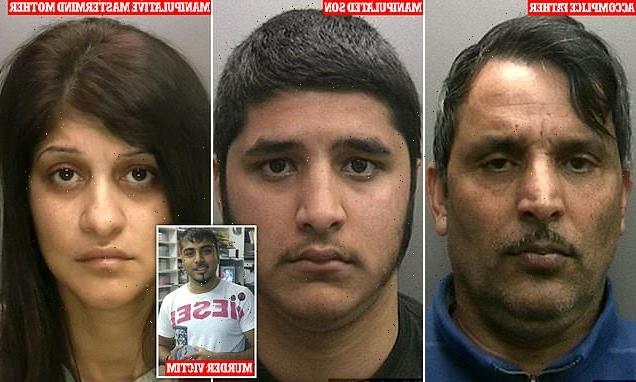 Boy, 15, convicted of murder after helping his parents to kill his mother’s lover was ‘recruited and lied to’ by his ‘manipulative’ mother says barrister who defended his father

A teenager convicted of murder after helping his parents to murder his mother’s lover was ‘manipulated’ by his mother, a barrister has claimed.

Mother-of-six Zatoon Bibi now 42, from Birmingham, murdered her estranged lover Tanveer Iqbal in January 2016 because she resented him for ending their affair, with the help of her husband, Gul Nawaz, and son Kashim, who was 15 at the time.

Speaking in 5Star’s crime documentary My Lover My Killer, which aired last night at 10pm, Tahir Khan who represented her husband, Gul Nawaz, said he felt ‘sorry’ for the teenager, despite his role in strangling Tanveer to death.

Khan said Kashim had been been ‘recruited’ by his parents, while Zatoon’s barrister Jo Sidhu reflected that the teenager had to sit in court and listen to his parents tearing each other apart as they tried to put the blame on one another.

In September 2016 Bibi was handed a life sentence, to serve a minimum of 27 years, while Gul Nawaz was told he would serve 25 years before being considered for parole. Kashim was sentenced to life with a minimum of six years behind bar. 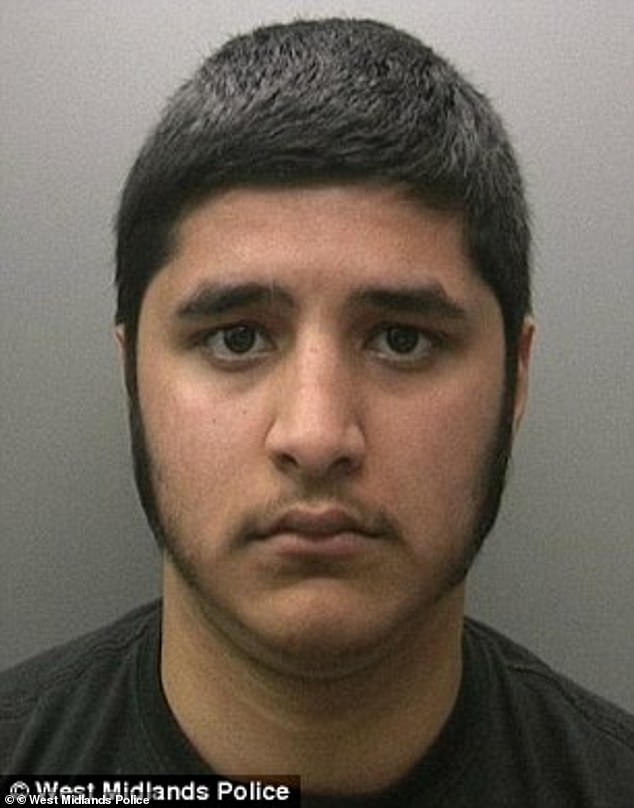 Kashim Nawaz, pictured, was enlisted by his mother Zatoon Bibi, alongside his father Gul Nawz, to kill her former lover Tanveer Iqbal in Birmingham in 2016 after their relationship went sour. He was sentenced to life at Birmingham’s Crown Court in September 2016, with a minimum prison time of six years

Married mother-of-four, Bibi met Tanveer, who was a record shop owner in Birmingham and also married with two children in 2003, and the two began an affair spanning several years, with both their spouses aware of their extra-marital relationship.

Kashim was one of the four children Bibi shared with her husband Nawaz, with whom she’d had an arranged marriage.

Nawaz and Bibi had divorced several years earlier after he discovered pictures of a trip Bibi, Tanveer and the daughter they shared had taken in London.

They however were still living together and pretended to be a couple to save face. 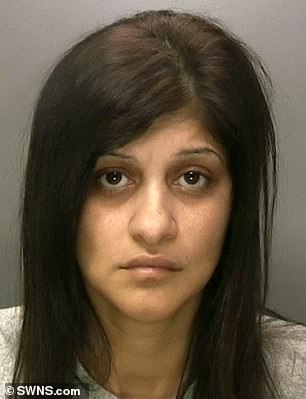 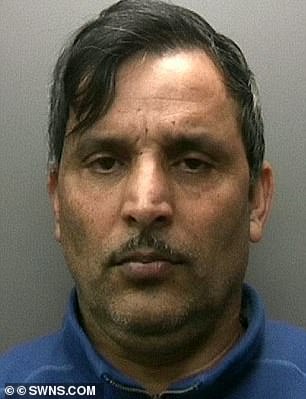 Jo Sidhu and Tahir Khan who respectively represented Zatroon Bibi, left, and Gul Nawaz at their 2016 trial, said they felt bad for Kashim, who had been manipulated by his mother to testify against his father in court, and enlist by both his parents to participant in Tanveer’s killing 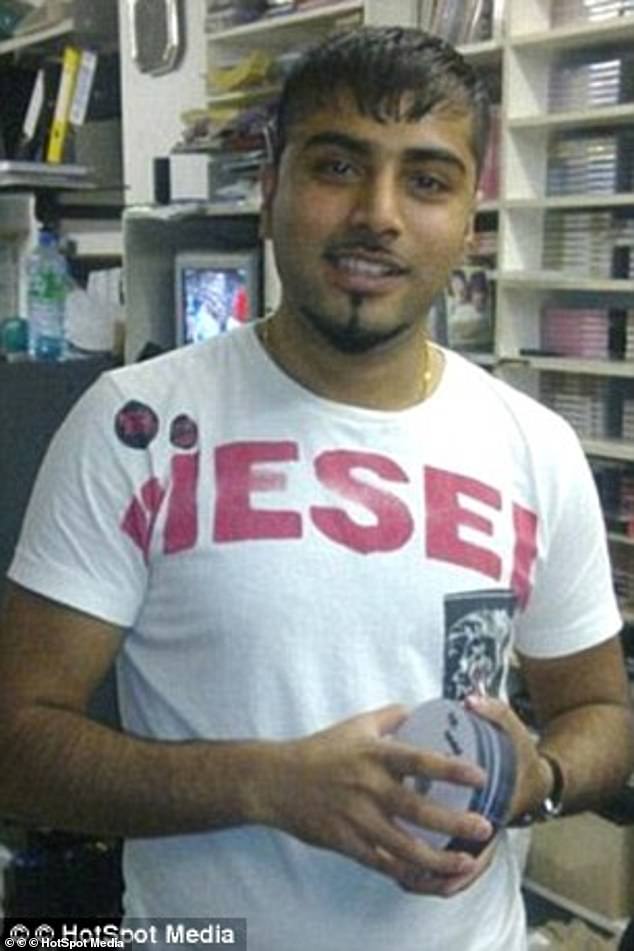 Tanveer Iqbal, pictured, a record stop owner in Brimingham, was married with two children when he met Zatoon and started an affair with her in 2003

However, when things turned sour between Tanveer and Bibi after she sent a sexually explicit video of them to his wife Nasreen, Bibi decided that if she couldn’t have Tanveer, nobody could, and hatched a plan to kill him.

Kashim, who was 15 at the time, was enrolled by his parents to participate in the attack and killing of Tanveer at Bibi’s house near Birmingham.

After Bibi, Nawaz and Kashim were arrested for Tanveer’s murder, the mother-of-six tried to manipulate her son so that he would side with her against her husband in court.

‘I felt sorry for Kashim,’ Khan said in the documentary. ‘Here he was, this young man, a child who had been recruited by his mother and perhaps to a lesser extent by his father to get involved in this killing.’

Jo Sidhu echoed Khan’s sentiment, saying: ‘Here he was torn between his parents, having gotten himself in this situation, because his mother recruited him,

‘He’d been manipulated and told all sorts of lies in order to get him on board. And there in court he found himself mute, he couldn’t speak,’ he went on.

‘What could he say? If he went into the witness box he’d have to point the finger at his father and he knew it wasn’t the truth. So he stayed where he sat in the dock and listened to his two parents tearing each other apart,’ Sidhu added. 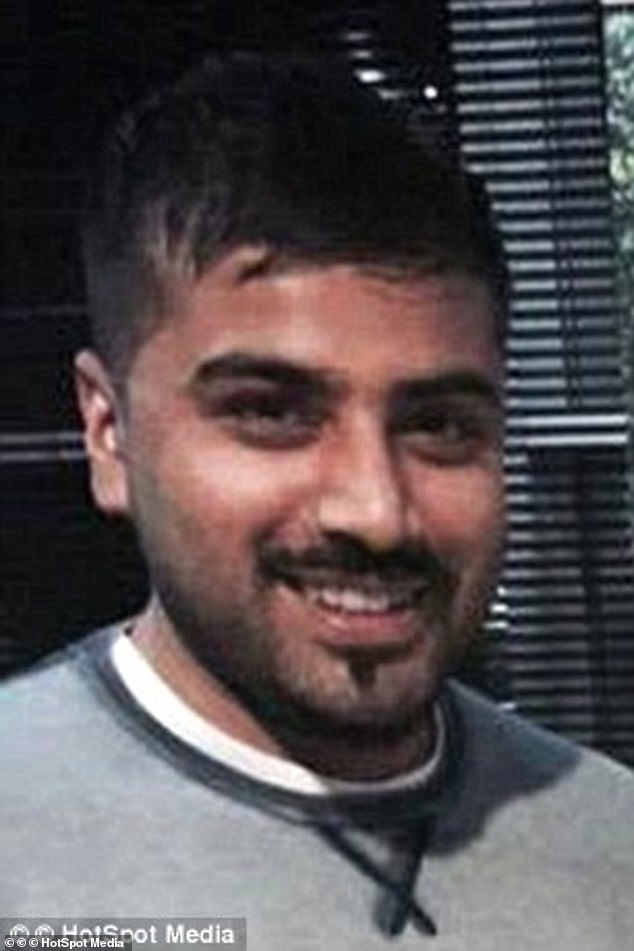 Tanveer, pictured,  had ended his relationship with Zatoon after she sent explicit videos of them having sex to his wife Nasreen

Sidhu reminisced on Bibi’s attitude during their interview prior and during her trial.

‘She was excitable and vociferous in every conversation I had with her. It seemed she was calling him just to give him emotional support. But in fact those calls were recorded and at her trial, the transcripts of these calls were revealed to the jury and they told their own story,’ he said.

In the run up to the trial, it transpired that Bibi had been calling Kashim several times from the women’s prison where she was kept in order to sway him into testifying against his own father.

‘There was a huge amount of telephone traffic passing from Bibi Zatoon and Kashim, and what she was doing was trying to persuade her so to blame his father,’ Khan said.

‘She was prepping her son to give her false story, that story would make her look innocent and her son too, that would point the figure at Gul Nawaz,’ Sidhu said.

‘What you see there is the manipulative Zatoon Bibi manipulating her son to come up with a story in which all of the blame for what happened is put on Kashim’s father,’ Khan said. 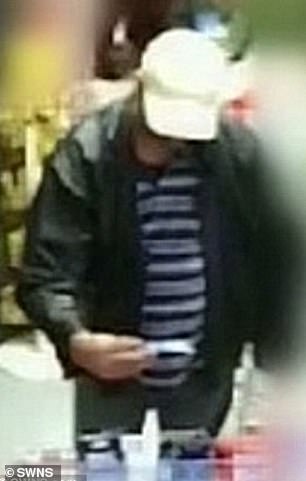 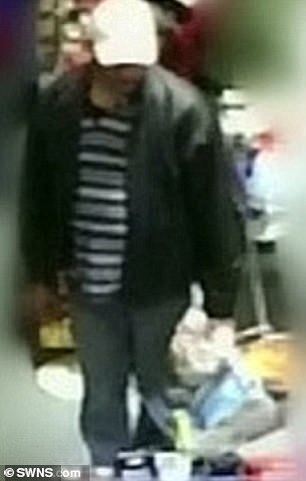 Gul Nawaz, pictured right and left, was recorded by CCTV at his local Poudland buying a murder kit consisting of gloves, bleach and rope

‘He was slowly worn down by his mother, manipulating him, emotionally blackmailing him, saying “There is a way for you and me to avoid being convicted or murder. Do you want to be convicted of murder? If we stick together and we tell this story, your father will go to prison but not you or me”,’ he added.

The lovers met in 2003 and began what should have been a fling but developed into a serious relationship and they had two children together.

Tanveer was in an arranged married with his wife Nasreen, and the couple also had two children. 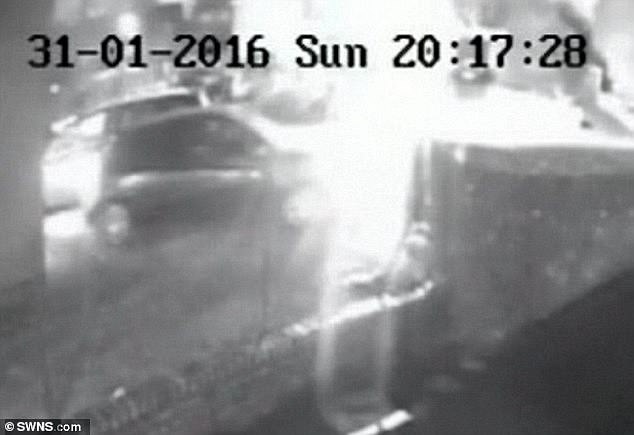 CCTV recorded Zatoon moving Iqbal’s car, pictured, away from her house after she murdered him inside

Nasreen was accepting of Tanveer’s infidelity because of the culture she had grown up in, where men having multiple wives was accepted.

Bibi worked to win Nasreen over in order to gain more control over the situation, explained professor of criminology Liz Yardley in the documentary.

‘This relationship is a pressure cooker and it’s not an affair that either of them could easily walk away from, because both of them are quite invested,’ she said.

Upon hearing that his mistress and his wife were in touch, Iqbal asked them to stop communicating, which Liz interpreted as him not wanting to lose control over the situation.

However, Bibi wanted to ‘keep her friends close and enemies closer’ so continued on with her correspondence with Nasreen. 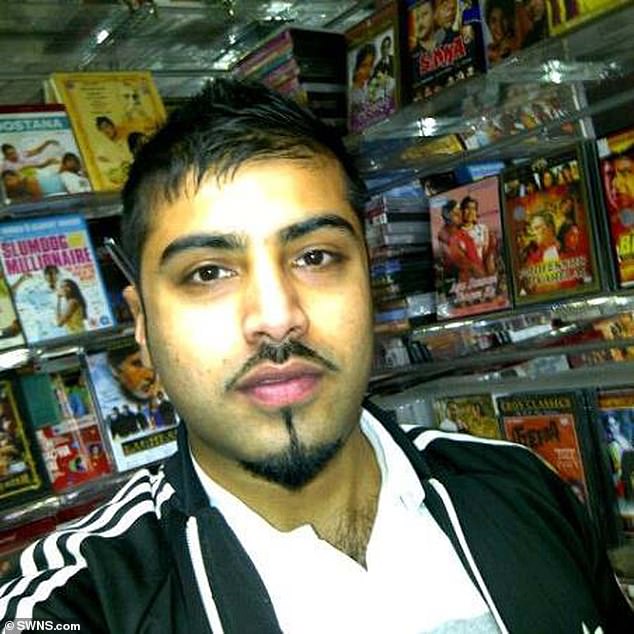 Iqbal’s body was found in the boot of his car wrapped in a cardboard box, four days after he was reported missing by his family

‘She wants Nasreen on her side, she wants to be able to manipulate her, to find out things that she can use against her. So they continue to be in touch they get mobile phones, save each other’s numbers in these phones as pseudonym,’ she explained.

‘This is quite sophisticated, a high level of manipulation that’s going on here.

‘In order for her to win her man, she needed to break that relationship between him and his wife.’

After gaining the trust of Nasreen, Bibi tasked herself with trying to break Iqbal’s marriage by sending explicit videos or their sexual relations to his wife.

However, the plan backfired, and as a result, Iqbal broke the affair with Bibi.

‘When he decides to leave, I think that sets off something incredibly toxic in Zatoon,’ Liz said.

‘Once Zatoon had come to the conclusion that the relation with Tanveer was going nowhere and needed to be ended, the next question for her would have been how, how to end it,’ Khan said.

On 31 January 2016, Zatoon invited Tanveer to her house on the pretence of celebrating his birthday with the two children they shared, saying she had planned a cake.

CCTV recorded Zatoon, Gul Nawaz and Kashim arriving at her house an hour before Tanveer.

Strangulation marks on Tanveer throat revealed he was strangled, before the trio disposed of his body in a flat TV screen packaging, and put him in the boot of his car before running away.

His body was found four days later after a friend spotted his car by chance, three days after he was reported missing by his worried family.

CCTV at a local Poundland recorded Gul as he bought cleaning products and rope that were referred to as a ‘murder kit’ in reports on the case.

My Lover my Killer airs tonight at 10pm on 5Star.