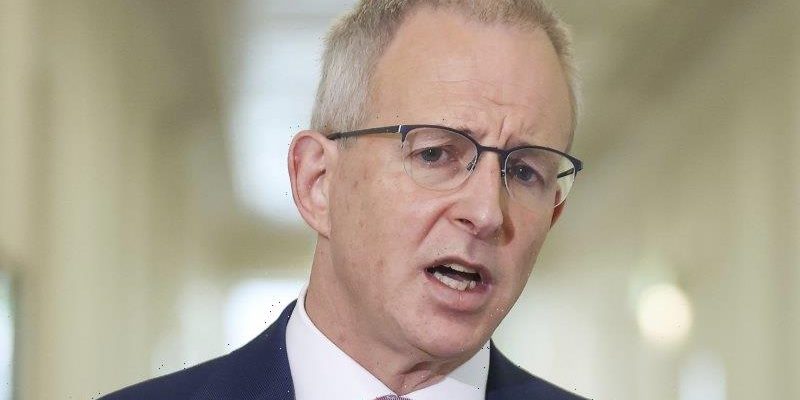 Australia has intervened in the global push to regulate tech giants, writing to the US Senate to urge it to follow the nation’s lead to make social media companies deliver safer products.

Facebook whistleblower Frances Haugen has drawn global media coverage and ignited a bipartisan push in the US congress to rein in the tech giants, after testifying this week that the company knowingly harms its users and prioritises profit, stokes division, and undermines democracy.

In a letter to the chairs of the Senate hearings this week, Communications Minister Paul Fletcher and eSafety Commissioner Julie Inman Grant said the issues the US committees were grappling with “are ones of truly global impact”, adding that Australia’s “leading regulatory approach” had been internationally recognised. 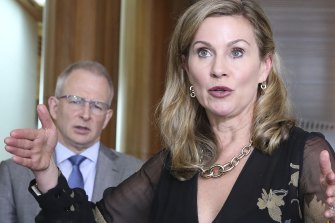 eSafety Commissioner Julie Inman Grant has offered to testify at the US congressional hearings about Australia’s efforts to regulate the tech giants.Credit: Alex Ellinghausen

The letter included an offer for Ms Inman Grant to give evidence to the committees on Australia’s actions, noting that the World Economic Forum in June had recommended that other nations should consider forming a body specific to online safety, “such as Australia’s eSafety Commissioner”.

“We have done extensive work on the issue of online safety in Australia – including the impacts of social media on the safety and mental health of particular groups including children and young people; women; older people; and indigenous people,” the pair wrote in the letter, dated Thursday.

The letter said the government had “observed with interest” the evidence before the committees of reports of internal research commissioned by Facebook. Ms Haugen, whose evidence was heavily rejected by Facebook, covertly compiled troves of internal company documents before departing the company in May, including research showing Facebook’s Instagram was intensifying body image and mental health issues among young girls.

Mr Fletcher and Ms Inman Grant also spruiked the government’s “Safety by Design” initiative, which provides guidance for companies on how to embed safety protections into their products.

“We advocate for this initiative to be adopted globally, especially given that so many major platforms – including Snapchat, Google, Facebook, Twitter and NextDoor – have endorsed the principles as actionable and achievable,” the letter said.

Labor communications spokeswoman Michelle Rowland said Australia had long been at the forefront of online regulation, with efforts pre-dating the Coalition government's, but both big tech and governments “need to do better” in protecting people from harm.

“It is therefore essential to have robust evidence about online harms, and it’s imperative that big tech not be conflicted in its research efforts, and that governments fix the yawning information asymmetry on how platforms, and the algorithms that drive them, are used and abused,” she said.

Prime Minister Scott Morrison and his deputy Barnaby Joyce seized on the Facebook revelations to savage the social media companies this week, warning they wanted them held accountable for defamatory content on their platforms. Mr Morrison said the platforms had become a “coward’s palace” where lives were destroyed “with impunity” by anonymous trolls, while Mr Joyce said “platforms must be held liable” and “pay the price”.

In June, the federal government passed new laws to beef up the eSafety commissioner’s powers – a move that the industry criticised at the time as centralising too much power over online content in one office. The laws bolster the commissioner’s powers to issue take-down notices to online platforms to remove abusive and sexually explicit content within 24 hours. The commissioner is also in the process of developing a formal statement of expectations for the tech industry, and consulting on draft new industry codes for the social media giants, as well as other online operators, including messaging services, gaming, dating apps, and search engines.