Ariana Madix called out Lala Kent for “living in the past.”

Ahead of the Season 9 premiere of “Vanderpump Rules” on Tuesday, Kent posted a throwback photo in lieu of a current one – which didn’t sit well with Madix.

The Instagram pic featured Kent posing alongside former co-stars Stassi Schroeder and Kristen Doute – who were fired from the Bravo series last June – along with current cast member Katie Maloney-Schwartz.

“I had to,” Kent, 31, captioned the since-deleted post, using a white heart emoji.

Madix took to the comments section, writing, “I love you ALL but i guess i’m just confused what this post is supposed to be giving on the night of our PREMIERE.”

She added, “Are you living in the past or are you ready for the future of the show?”

Madix, 36, also replied to a fan who suggested that Kent may have just been “showing respect” to the OG cast.

“Then where is Scheana [Shay]?” she asked. 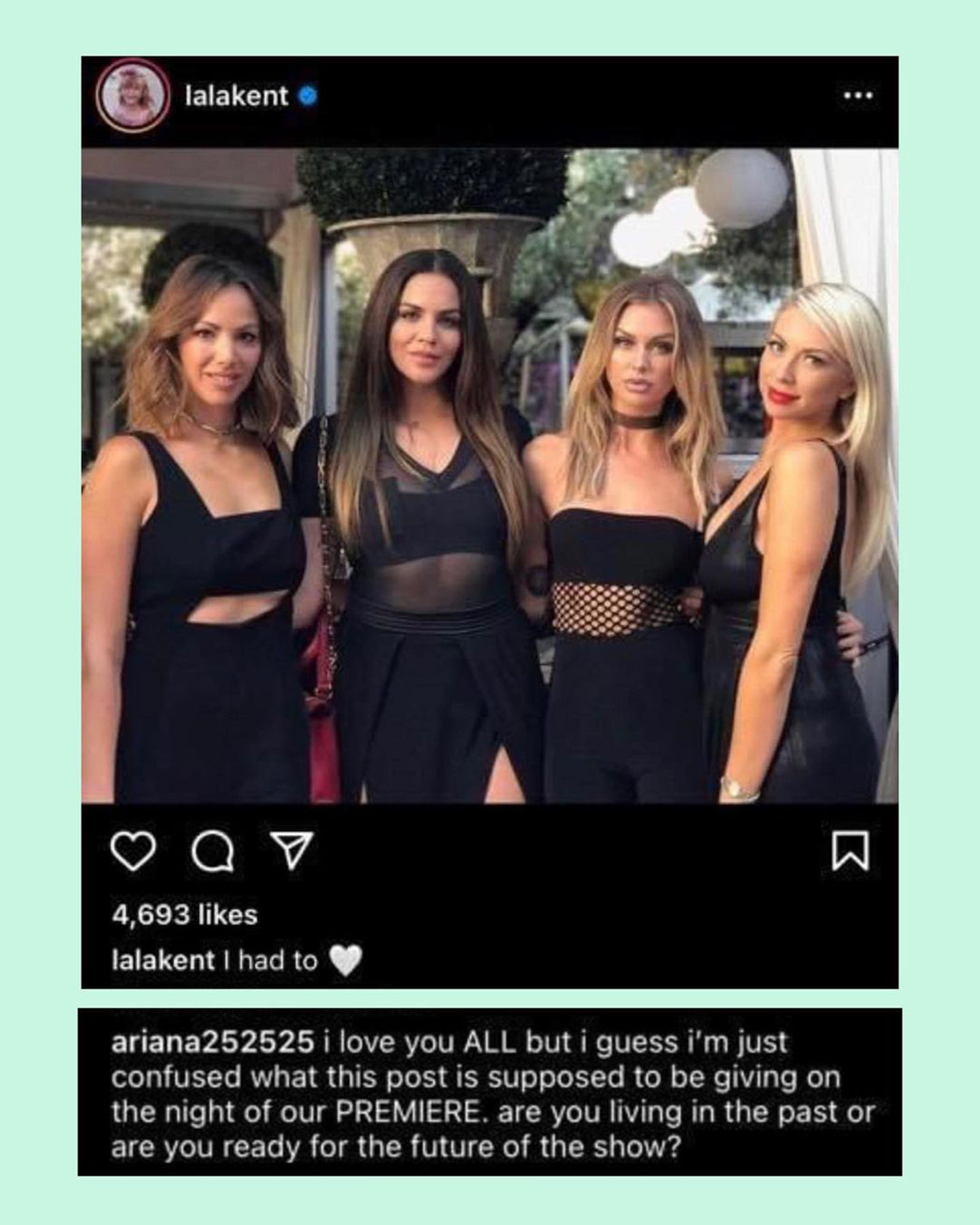 “Vanderpump Rules” experienced a major cast shakeup ahead of its ninth season, which caused fans to question the future success of the show.

Prior to filming, Schroeder and Doute were fired for allegedly calling the police on Faith Stowers in 2018. Season 8 newbies Brett Caprioni and Max Boyens were also let go from the network for resurfaced racist tweets, which they have since apologized for.

“I have grown significantly from the person I was then, and I am still filled with remorse and regret for the hurt I caused,” Schroeder, 33, wrote in a statement shared to Instagram at the time. “I am grateful for the people in my life that continue to check me and push me to evolve into a more educated person.”

Doute, 38, also acknowledged her behavior, admitting in a statement, “I’m ashamed, embarrassed, and incredibly sorry. I will do better. I have to do better.”

Additionally, original cast member Jax Taylor, 42, and wife Brittany Cartwright, 32, announced last December that they would not be returning to the Bravo series.

“We are excited to take this time to focus on our growing family and share with you our new endeavors,” Cartwright wrote on Instagram.