Angelina Jolie says her kids can borrow ‘anything’ in her closet: ‘Take it’

What went wrong with Angelina Jolie’s extensions, according to an expert

One week after dressing her children in vintage looks from her own closet for the LA premiere of “Eternals,” Angelina Jolie brought the bulk of her brood back for the Marvel movie’s UK red carpet.

And ahead of the event, she once again opened up her wardrobe to her kids, with daughter Shiloh Jolie-Pitt, 15, standing out in an altered version of the black-and-white Dior dress her mother, 46, wore for a “Maleficent: Mistress of Evil” press conference in 2019.

While Jolie’s original tropical-print frock featured a wrap-style bodice and a floor-sweeping hemline, Shiloh’s youthful spin on the style had gathered straps, a sweetheart neckline and a much shorter length.

But Shiloh wasn’t the only of her siblings looking chic on the carpet; her older sister Zahara, 16, went bold in an off-the-shoulder chartreuse mini, while brothers Maddox, 20, and Knox, 13, opted for blazers in charcoal and Black Watch plaid, respectively.

And in perhaps the ultimate show of sustainability, Knox’s twin Vivienne showed up in the same upcycled cream-colored dress she wore at last week’s premiere. 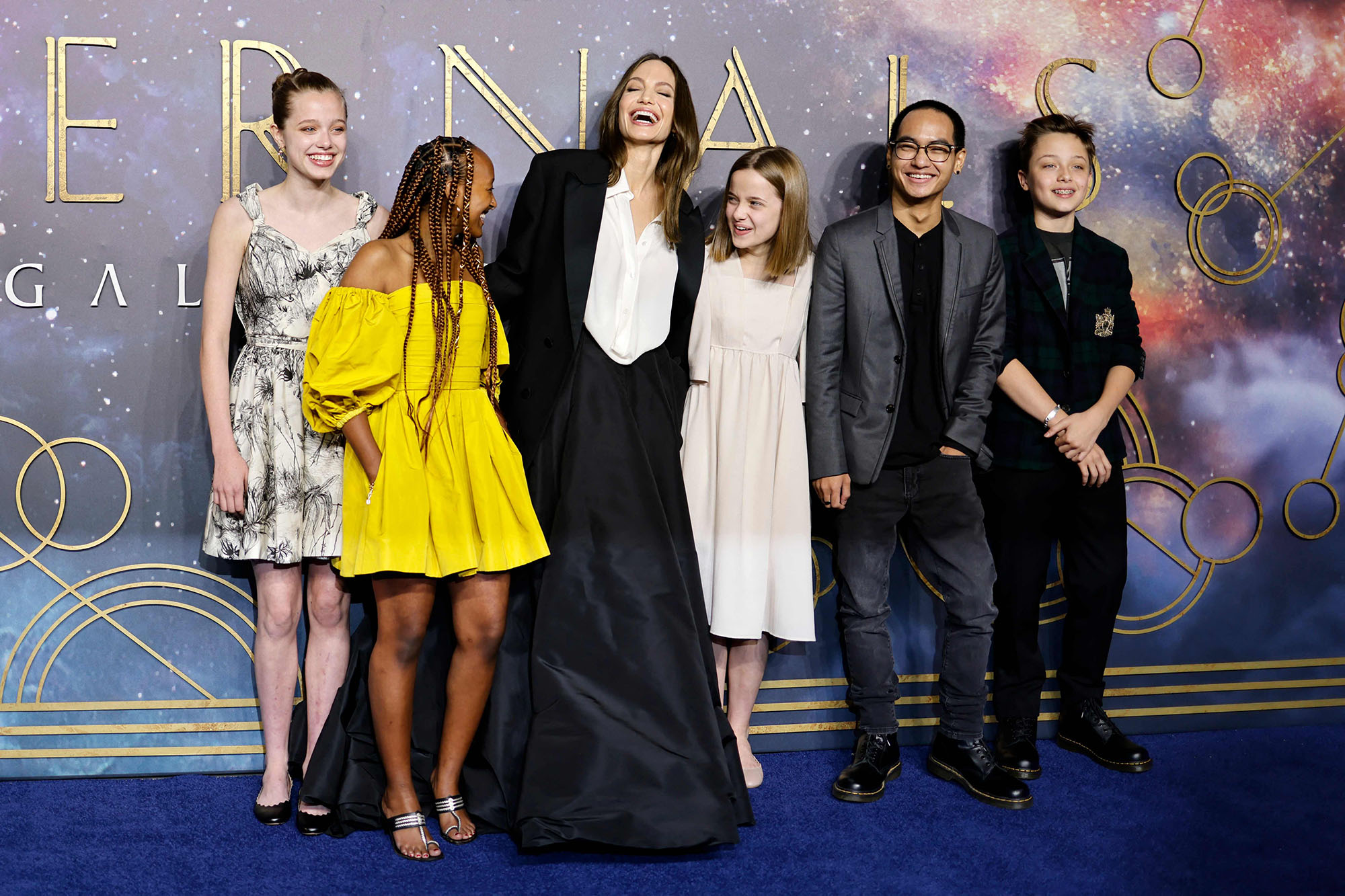 While doing “Eternals” press earlier this week, the star said she loves when her children borrow pieces from her wardrobe — even precious designer looks she’s sported on major red carpets. 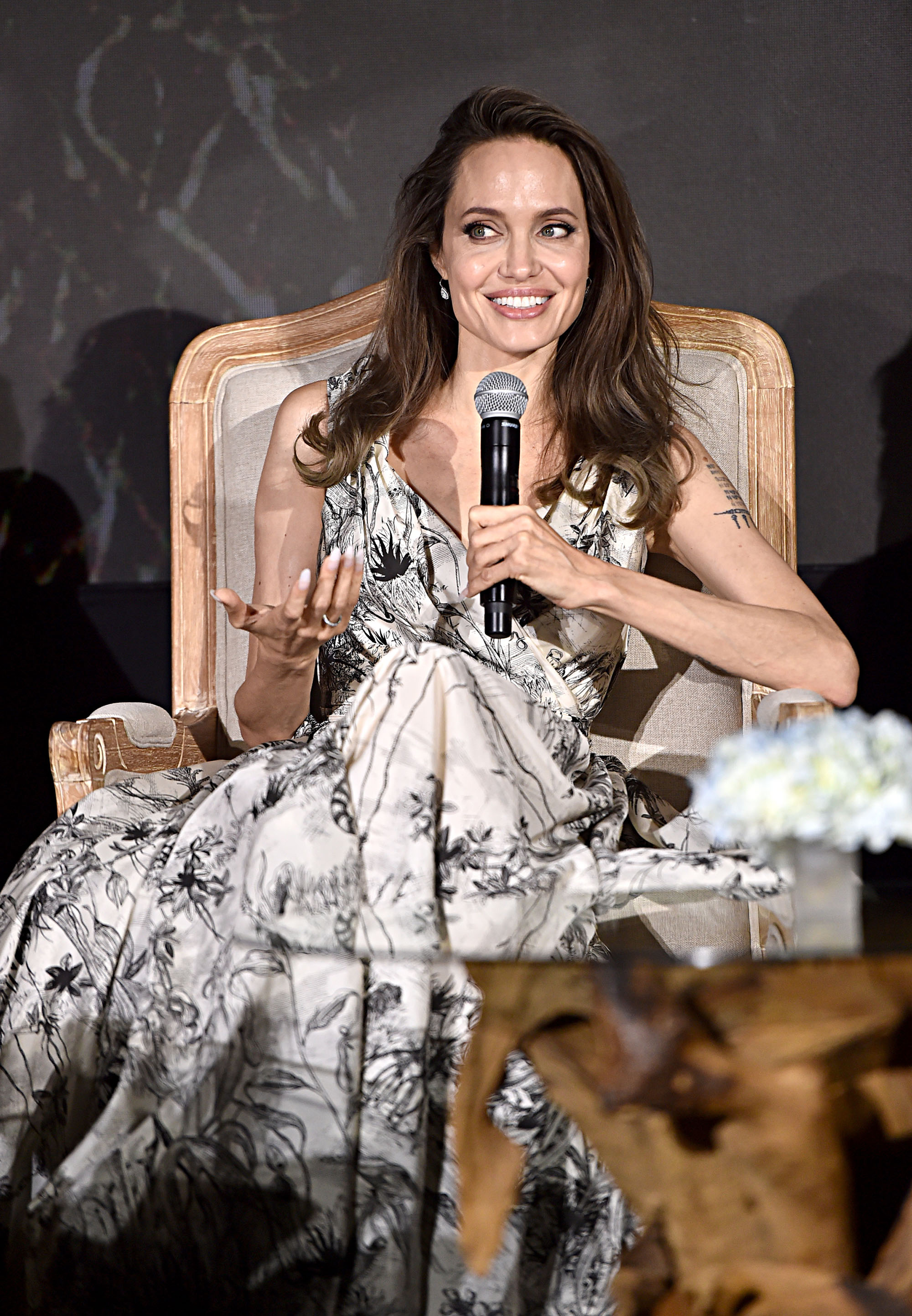 At the flick’s LA premiere, for instance, Zahara turned heads in her mom’s silver embellished Elie Saab Haute Couture gown from the 2014 Oscars, while Shiloh showed up in a tailored version of a beige Gabriela Hearst dress Jolie recently wore in Paris.

The Academy Award winner shares all of her kids — including 17-year-old Pax, who hasn’t been making the red carpet rounds — with ex-husband Brad Pitt.