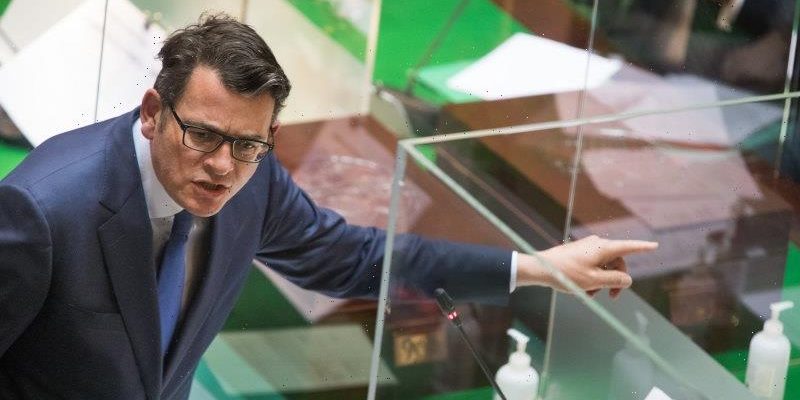 Why did Scott Morrison offer early praise to Gladys Berejiklian for her handling of the Sydney outbreak? What about his thoughts on former Liberal MP Craig Kelly who spammed voters urging them to back his anti-lockdown campaign? Why doesn't the Prime Minister accept responsibility?

We may not have received satisfactory answers, but these were just a handful of the queries flung at Scott Morrison in question time on Monday. 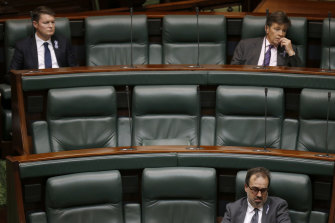 Victorian Premier Daniel Andrews should also be at the despatch box answering similar questions from voiceless Victorians via opposition MPs. Instead, State Parliament has again been cancelled and the government will not be held to account for its decision to extend lockdown or challenged as to how it will respond to the growing mental health crisis.

Unlike Canberra, the Victorian Parliament will not use online technologies such as Zoom to conduct virtual sittings, with Andrews simply promising to make up the days later.

Andrews insists an accountability measure such as Parliament isn’t at the top of his list, nor does he have time to devote to a virtual sitting of Parliament.

“I think if you ask Victorians whether people giving speeches on the floor of the Parliament is as important as getting jabs into the arms of people … I am not going to apologise for the priorities I have got,” he said.

Andrews is a masterful communicator. By framing the cancellation as a choice between boosting vaccination rates or having MPs give speeches on the floor of Parliament, he knew which option Victorians would choose.

Except, of course, that's not a decision we should be forced to make.

By Andrews’ rationale, questions and nitpicking by federal Opposition Leader Anthony Albanese and NSW Opposition Leader Chris Minns are potentially halting the rollout of the vaccine and their thankless work trying to hold Coalition governments to account is simply not relevant.

Like them or loathe them, the opposition role is to challenge the government of the day and hold it accountable for the decisions it makes. Most of these opportunities are provided in Parliament, through question time and during debates on motions on legislation.

Andrews knows, more than most, the value such forums offer and the chaos a strong opposition can cause. As opposition leader he proved himself to be not just effective but ruthless. How else do you explain the fall of the first one-term government – the Baillieu-Napthine government – in Victoria since 1955?

During that Parliament, the state’s 57th, Andrews spent day after day accusing the Coalition of putting “lives at risk” by failing to improve ambulance waiting times. He forced the Coalition government to respond to the tragic delays – in Parliament. It was brutal.

He also exposed the dysfunction of the Napthine government when he refused to leave the chamber when ejected, resulting in a three-day suspension. It was high drama, did little to help the Coalition govern, but it was an effective tactic at making the Parliament appear chaotic.

Oppositions are often an afterthought. They can appear petty, mean and irrelevant, but they remain a defining feature of democratic governance.

In the past year, the Victorian government has awarded contracts worth $1 billion with little parliamentary oversight. At a national level, Albanese railed against the government’s decision to shut down Federal Parliament in 2020 and avoid similar scrutiny on the JobKeeper and JobSeeker programs. He insisted that governments must be held to account, especially when spending vast sums of taxpayer funds.

And he is right.

If you believe in democracy, opposition leaders – whether Michael O’Brien, Albanese or Minns – should be given the opportunity to hold governments to account.

It’s difficult to imagine COVID-19 uprooting our lives and changing our society more than it has in the past 18 months. But it will do just that if such transparency and accountability measures are casualties of the virus.