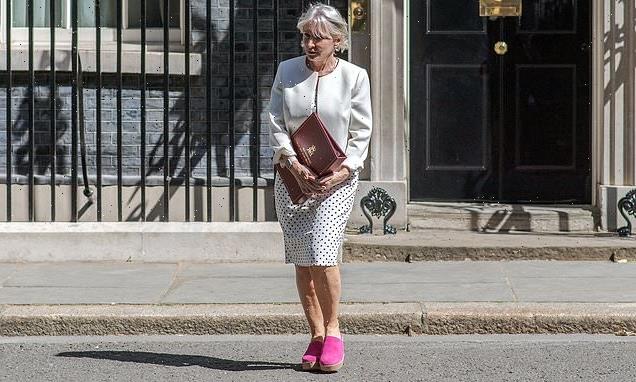 ANDREW PIERCE: It’s been a tough week for Nadine Dorries, the ‘disruptor’ from a Liverpool council house who stuck by Boris Johnson until the very end

‘I’m told the British Library holds a copy of every publication published in the UK,’ she said. ‘But I didn’t find my own books amongst the Austen and Brontes.’

It has been a tough week for Dorries. No one could have shown greater loyalty to Boris Johnson, and she was one of the few trusted colleagues with him in the No 10 bunker in the hours before his resignation.

During his speech, she stood beside his wife Carrie and their six-month-old daughter. Whenever Dorries’ eyes strayed from the Prime Minister, it was to smile at baby Romy. 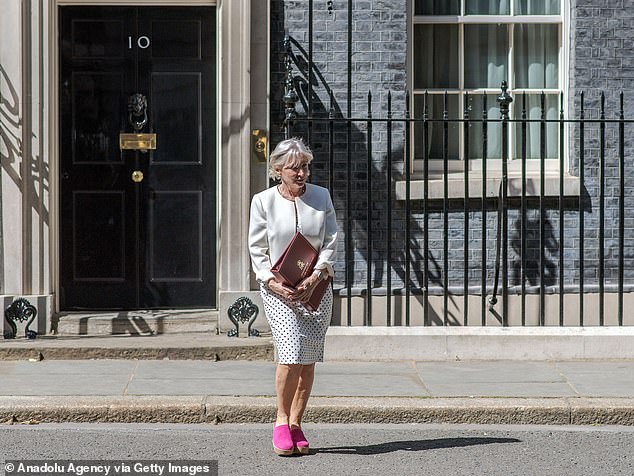 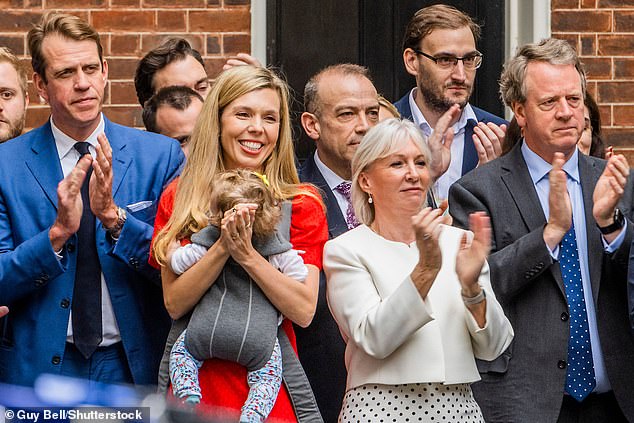 The relationship between the Old Etonian PM and Nadine Dorries, 65, is an unusual one. Her books, which include the Lovely Lane series, have been dismissed as ‘chick lit’ by some but sell in their millions.

Plots revolve around growing up in poverty-stricken communities in the 1950s and 60s. Why is there so much sneering about her work? ‘Snobbery and misogyny,’ she has said.

Dorries certainly knows of what she writes. Her mother, Sylvia, was a typist, her father George a bus driver, and she and her brother John (who died in a car crash at 27) grew up in a three-bedroom maisonette without central heating on a Liverpool council estate. 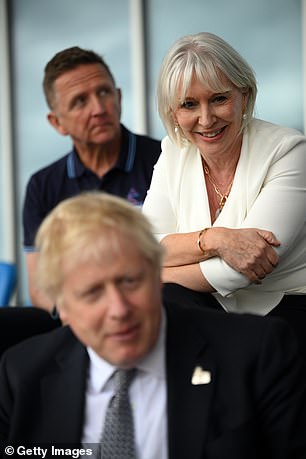 By Wednesday evening, Ms Dorries was one of the last Cabinet ministers supporting Mr Johnson’s continued stay in Downing Street

When her father fell ill and could not work, life got harder. Dorries knows what it is like to go hungry. School – a local comprehensive – meant escape, and she talks with pride of friends who went on to flourish in the arts and culture.

She is convinced they would not have the same opportunities today. ‘Now it’s people with double-barrelled names, who went to a private school, or had a connection with the BBC,’ she says. Her parents divorced and her mother retrained as a teacher, buying her maisonette.

‘Without Mrs Thatcher’s Right to Buy, my mum would still be on the same Liverpool sink estate,’ said Dorries. Leaving school at 16, she trained as a nurse, sharing a flat with her father for a time. When he died at just 42, it was Dorries who found his body.

In 1984 she married mining engineer Paul Dorries, with whom she had three daughters. Their marriage ended after 23 years, but she nursed him to the end when he fell terminally ill. He is buried across from her house, and she always says goodnight to him.

A true daughter of Thatcher, Dorries set up her own firm in 1987 selling childcare services to working mothers, and sold it to Bupa in the 1990s. The cash enabled her move into politics. Elected as an MP for Mid Bedfordshire in 2005, the softly spoken Liverpudlian was the perfect antidote to another Old Etonian’s – David Cameron’s – brand of Conservatism.

They had an appalling relationship. He called her ‘Mad Nad’ and she dismissed him and then chancellor George Osborne as ‘two arrogant posh boys who don’t know the price of milk’.

But she did form a lasting bond with Johnson, who had an adjoining office, and he guided her through the internal politics of Westminster. It was Dorries’ decision to join I’m A Celebrity in 2012, which bought her a far wider audience. Cameron suspended her briefly from Parliament because she hadn’t secured permission to do it.

That jungle sojourn later made her Left-wing critics reach for the smelling salts.

One online objector said: ‘Germany’s culture minister is a trained art historian; France’s wrote a book on Verdi. The new UK Culture Secretary… ate ostrich anus on I’m A Celebrity.’ As ever, she took it in her stride. ‘They like you to be cowed, make you retreat, and some MPs will do that because it is easier. I won’t,’ she said.

When she pledged to Boris that she would not desert him, she was as good as her word. ‘Boris adores and admires her,’ said one of his allies. ‘He will always be grateful for her friendship and support.’