“Twilight is the time for shape-shifting,” says curator Kelli Alred. For the next few months, come nightfall, mythical figures and hybrid forms will emerge from the shadows of the Abbotsford Convent grounds. Magnificent trees and grand architecture are rendered suitably spooky through light and sound for Alred’s exhibition Interspecies and Other Others.

A fox-faced figure clutching farm animals from the neighbouring children’s farm. An Icarus-like astronaut downed in the Convent’s bottom gardens. Plants and stones communicating. Fourteen artists, including four special commissions, are layered through the heritage-listed precinct’s 6.5 hectares nestled in the bend of the Yarra. 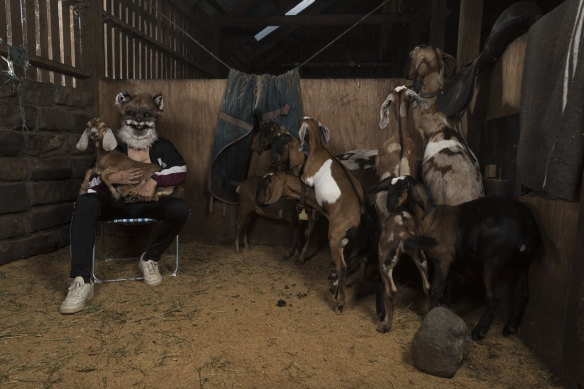 One of Abdullah’s specially commissioned Interloper series of light boxes.

While the Convent hosts myriad cultural events and is home to artists, makers, publishers, theatre and music companies, community groups and cafes, this is the first time one exhibition has taken over the entire site.

“An exploded exhibition,” Alred calls it. Evocative lighting and “sonic cues” will entice audiences around the site from artwork to artwork “into lesser-known nooks to linger, or pulling them into the garden after dark where they normally wouldn’t venture. The idea is to unlock the potential of the Convent that hasn’t been explored in this way before.”

Projections feature throughout the exhibition. Some are cinematic, others psychological. For Abdul Abdullah it’s the projection of prejudice and perceived otherness that illuminates his ongoing project. A seventh-generation Australian, Abdullah says his non-Anglo sounding name triggers emails to “go back from where you come from”. In the Convent’s archways Abdullah’s specially commissioned Interloper series of light boxes conjure modern day stained-glass. Like a vulpine St Francis of Assisi, Abdullah wears the mask and persona of a fox caring for animals from the Collingwood Children’s Farm.

“I don’t see myself as vermin, although I relate to [the fox’s] experience,” says Abdullah. “It’s a projection by other people. The fox is the interloper – the introduced species that’s here and present, but unwelcome.” 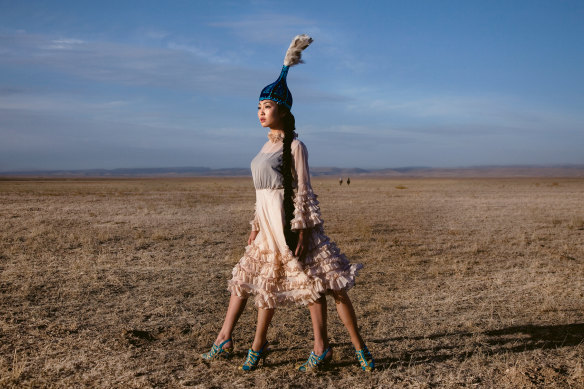 If Abdullah shape-shifts between saintly figure and trickster fox, he is not the only one to draw on mythical figures. In a corner of the heritage gardens below Abdullah’s work, Lyndal Jones pays tribute to Icarus. Her tableau installation Abbotsford landscape with the fall of Icarus (after Pieter Bruegel the Elder 1555) depicts an astronaut lying prone. The position is important. In Bruegel’s Landscape with the fall of Icarus, preoccupied ploughmen and sailors busy themselves while, crashed in a distant corner of the canvas, Icarus’s tiny figure barely registers. Relegated to the background, Icarus’s grand ambitions are subordinate to human indifference, self-absorption, or simply distraction.

“In this catastrophic event all these everyday lives continue,” says Jones. “The idea to place this somewhere [in the Convent garden] so people would continue their picnics, or their lives around it, or see other events in the exhibition, is so pertinent to our fear of getting involved.”

For Jones, the possibilities inherent in updating this mythical figure are endlessly versatile. Human indifference is evident in the increasing corporatisation and pollution of space and, much closer to home, in the Convent’s 100-year history where many of the children suffered in institutionalised care. For them, it was “a place of hardship and ordeal”, according to the Convent’s website.

Literally and figuratively the landscape is the subject of Jones’ work. “It’s incredibly important to understand the landscape of that particular site is the plants and critters in it. We are not just actors on it. We are part of the natural world.” 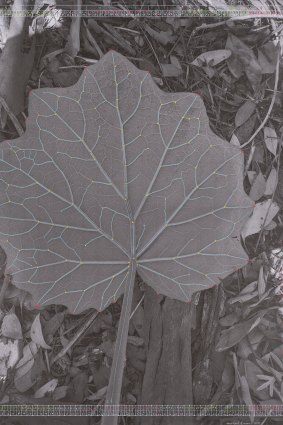 The appropriateness of a nocturnal exhibition excites Cope: “There are lots of metaphors, stories and activities in Aboriginal cultures that only happen at night.”

Both Cope and Jones embrace the interspecies component to Alred’s exhibition. “It’s about the idea of connectedness to the earth, to plants, animals, but also other species – bacteria, fungi,” says Alred. “In both instances it’s not us and the environment. We are the environment and environment is us. We are connected. Notions of kinship and custodianship and country that are viewed through the First Nations’ Australia lens are about interconnectedness. The artists present a set of future imaginaries and strategies and a different way to see and be in the world. We question the scientific revolution that seeks to master nature and remake the earth as an object for human use.”

Only in the last few decades have scientists come to appreciate that plants “communicate” with each other through mycelium distributing and exchanging essential nutrients like phosphorous and nitrogen as the plant requires. While mycelium allows plants to communicate with each other, artist Dylan Martorell communicates with plants using music. Martorell’s sound-art installation Sonaflora Drift Yarra (2019–22) creates a visual score by mapping the anatomical geometries of plants from the Convent’s Heritage Garden onto a scaled grid of pitches and durations. The plant-based melodies transcribe an interspecies interaction between humans and flora in the Convent’s habitat.

Ecological disaster looms in Almagul Menlibayeva’s film Transoxiana Dreams. She, too, uses elements of myth to warn against exploitation of the environment, while Zanny Begg’s Stories of Kannagi reimagines a 2000-year-old Sri Lankan story about a young woman forced into exile by the misdeeds of her husband, against a backdrop of colonisation, civil war, asylum seekers and detention.

For all the unleashing of mystical figures and hybrid forms into the night lurking in unfamiliar corners of the Convent’s gothic surrounds, Alred insists it won’t “scare the kiddies”. “Lighting and sound are magic things,” says Alred.

While the exhibition shares the Dark Mofo festival’s lighting designer, there is no intention to make Interspecies a White Night or Dark Mofo style festival. There are no flame towers or klieg lights.

“What we want to achieve is a set of subtly integrated artworks,” Alred says. “There’s intimate and large-scale experiences. It’s thinking about this site as a whole living, breathing entity. Something we can be part of and it is a part of us.”

Interspecies and Other Others is at Abbotsford Convent, Wednesday-Sunday, sunset to 10pm, August 26 – October 2.

A cultural guide to going out and loving your city. Sign up to our Culture Fix newsletter here.