THERE'S no shortage of ideas when it comes to popping the question, with loved up girls and guys often pulling out all the stops to propose – whichever way they choose.

But one man's attempt fell a little short, according to the internet, with many taking aim at one major detail. 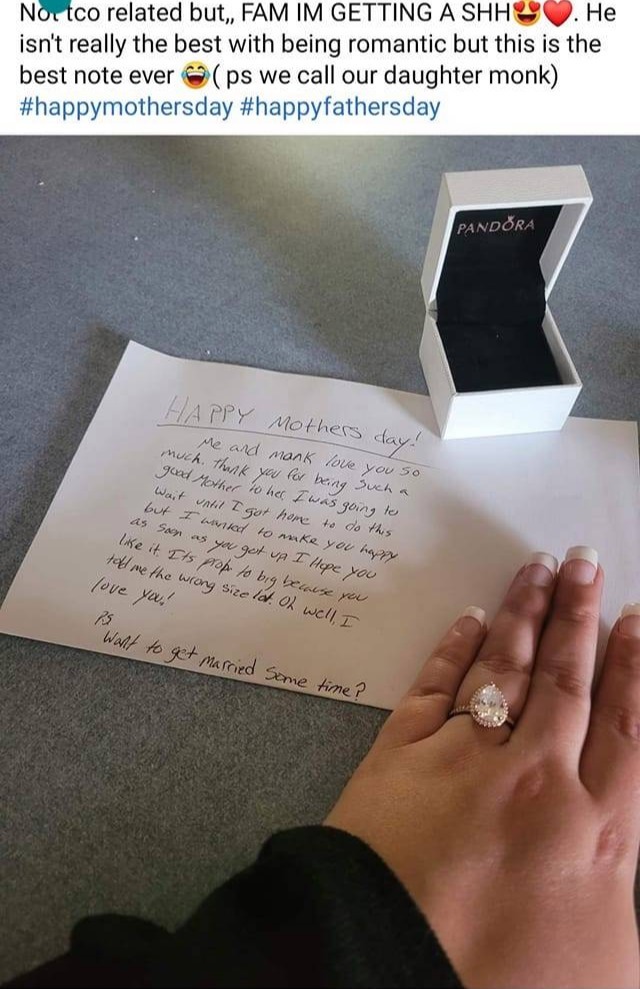 Over the moon and clearly in love, a woman shared a snap of her left hand as she flashed a very large teardrop stone on her finger.

Alongside the new rock was a note from the anonymous woman's man and a Pandora box which the ring came in.

"He isn't really the best with being romantic but this is the best note ever," the elated woman wrote on her Facebook post, which was re-shared in a ring shaming Facebook group.

The note reads: "Happy Mothers day! Me and Monk love you so much. Thank you for being such a good Mother to her.

"I was going to wait until I got home to do this but I wanted to make you happy as soon as you got up. I Hope you like it. Its prob to big because you told me the wrong size lol. Oh well, I love you!

"PS Want to get married some time?" (sic)

While the ring was enough to get members of the group talking – with many sharing their very honest opinions -it was something else entirely which stumped the masses.

"Wait wut???? Tell me this [email protected] did not propose as a ps in a note while he wasn't home (sic)," one user wrote, with dozens more agreeing.

"Nothing says happily ever after like proposing with a note," said another.

A third quipped: "If someone proposed to me like that, THEY’D end up on a true crime podcast."

While someone else fumed: "Throw the whole man away ma dude… He 'proposed' but didn't really 'propose' through a note that looks like a monkey scribbled sh*t on a canvas AND to make it even worse the proposal was in the P.S section of the f***ing note."

But some people liked the idea with one person saying: "I think the note is kind of cute." 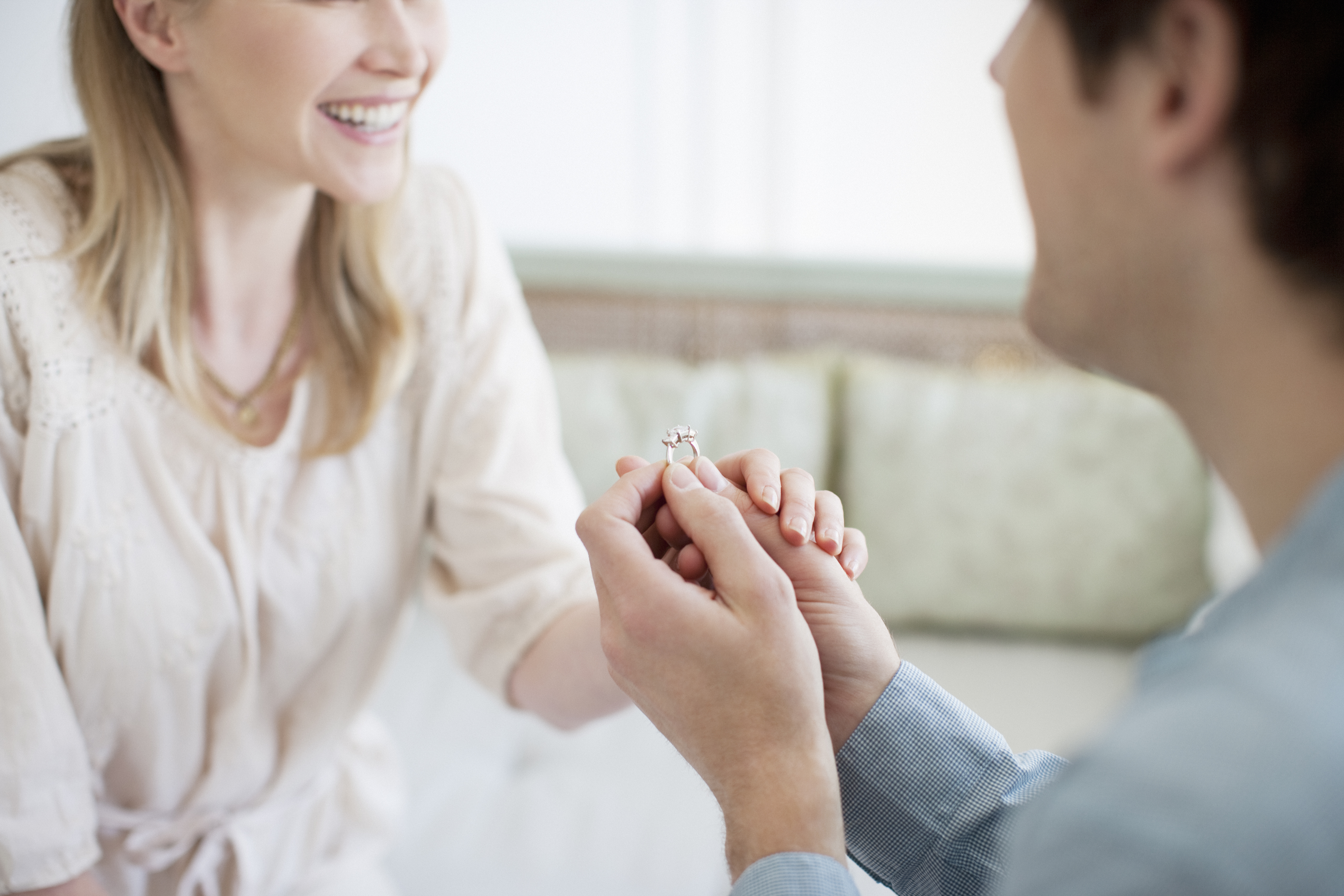 We also shared how this woman was slammed after proposing to boyfriend in restaurant .

Plus this bloke slammed for proposing to his girlfriend while she was on the LOO.

And this 'entitled’ bride savaged for rude note banning people from public camping ground so she can use it to marry.