A WOMAN blasted her date for only buying her water after they went out for a slap-up meal, but he got revenge in the best way possible.

Navigating the world of dating can be tricky and a meal is usually seen as a safe bet – but one woman didn’t like the fact her man didn’t pull out all the stops. 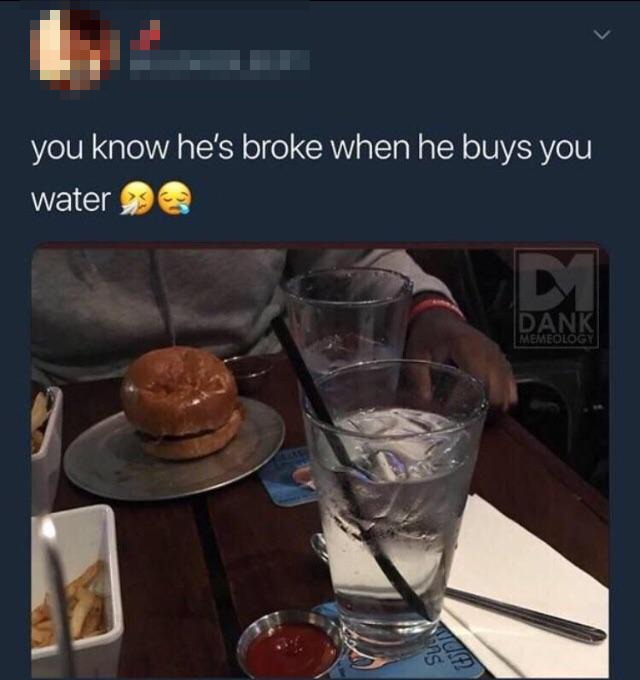 Rather than ordering champagne or cocktails, he settled on sensible and budget-friendly water – which didn’t go down too well.

The woman snubbed his efforts to woo her, after the pair headed out for burgers and fries.

She tweeted a photo of their romantic dinner, with a glass of water with ice and straw visible in the shot.

The unimpressed woman wrote: “You know he’s broke when he buys you water.”

But it seems her date clearly followed her online, as he also saw the message – and snapped back for all to see.

He wrote: “You know you’re broke when you depend on someone else to pay for your meal.”

Their brutal exchange was later shared to Reddit – where the woman was blasted for being so ungrateful. 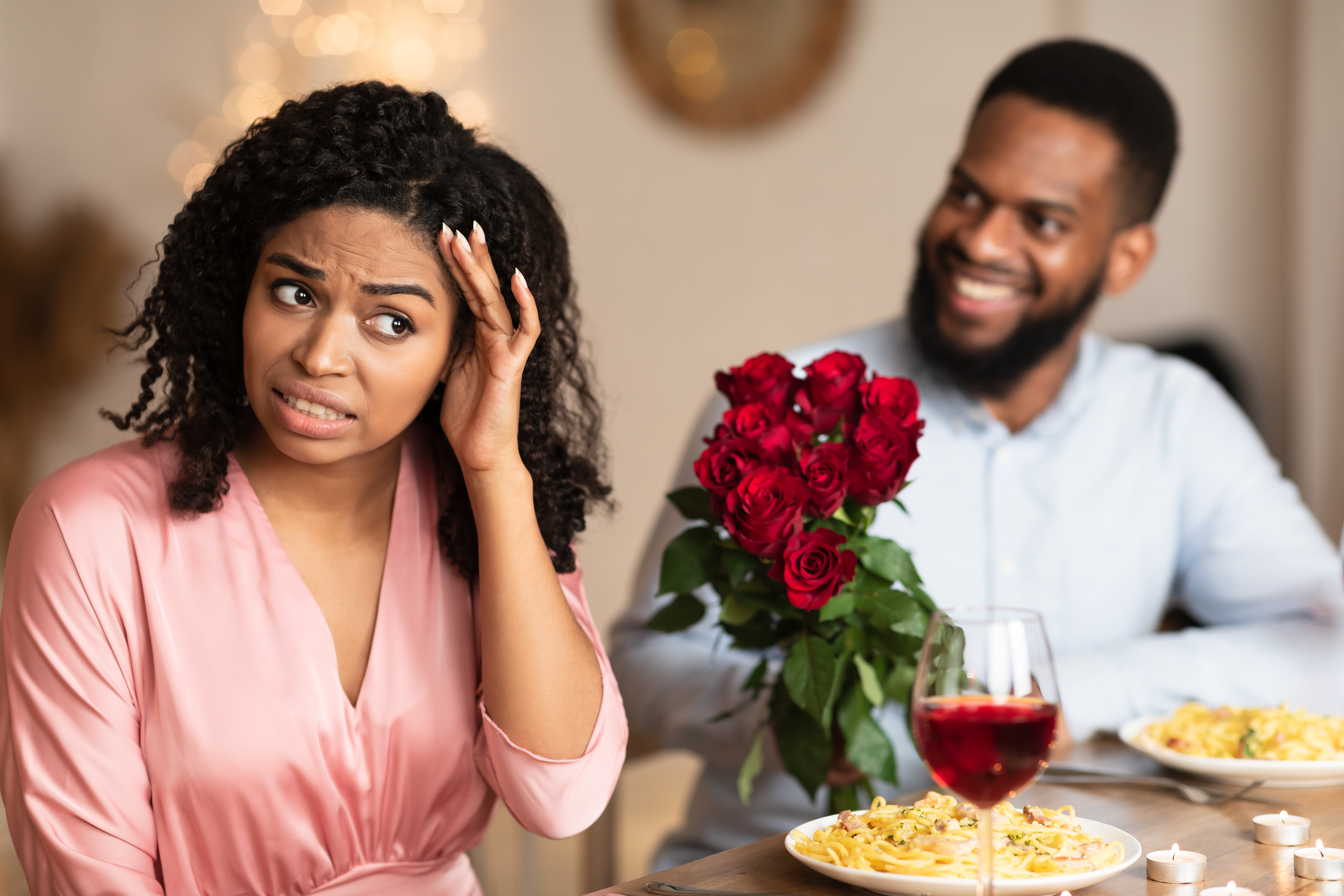 One person asked: “What's wrong with water? I always get water when I'm out if I'm not drinking coffee. Not because I'm "too broke" but because I love it.”

While this bloke wrote: “On a first date it’s always just coffee at Starbucks. I want her only incentive to be meeting me not a free dinner.”

While a third agreed, writing: “Coffeeshop first dates are always the way to go. You can easily bail if things aren't great and you're in for just a few bucks.”

And this person thought: “Corrected you know you broke when someone else has to buy your water.”

While someone else added: “Maybe he bought you water because the food is unhealthy enough and at least the drink should be healthy!!

While this scorned woman discovers her boyfriend’s cheating then redecorates his room with all the text messages.

Plus a singleton tries to chat up her neighbour over lockdown by putting up signs in the window & his response is heartbreaking.

And this woman tracks down a hot guy she saw on the train using his backpack – but her detective skills are dubbed ‘creepy’.