Oh, what a difference a year makes! After making a splash at the 2018 Met Gala, Shawn Mendes and Hailey Bieber (née Baldwin) returned to fashion’s biggest night separately on Monday, May 6.

The 20-year-old “If I Can’t Have You” singer looked dapper in a Saint Laurent black suit and completed his look with slicked-back hair. Hailey, for her part, looked gorgeous in a pink, backless Alexander Wang gown. She also made headlines for attending the benefit sans her husband, Justin Bieber. The “Sorry” crooner made sure to compliment his wife on social media, however, calling her “stunning” via his Instagram Story.

Twitter, meanwhile, couldn’t stop talking about a potential run-in between Mendes and the 22-year-old model. The twosome were linked in October 2017 until the following May, when they walked the red carpet together at the 2018 Met Gala with Tommy Hilfiger. Less than two months later, Hailey and Justin got engaged.

“Remember that one year at met gala when shawn mendes and hailey baldwin went together. :’) @metgala,” one fan captioned a series of photos from the 2018 event. 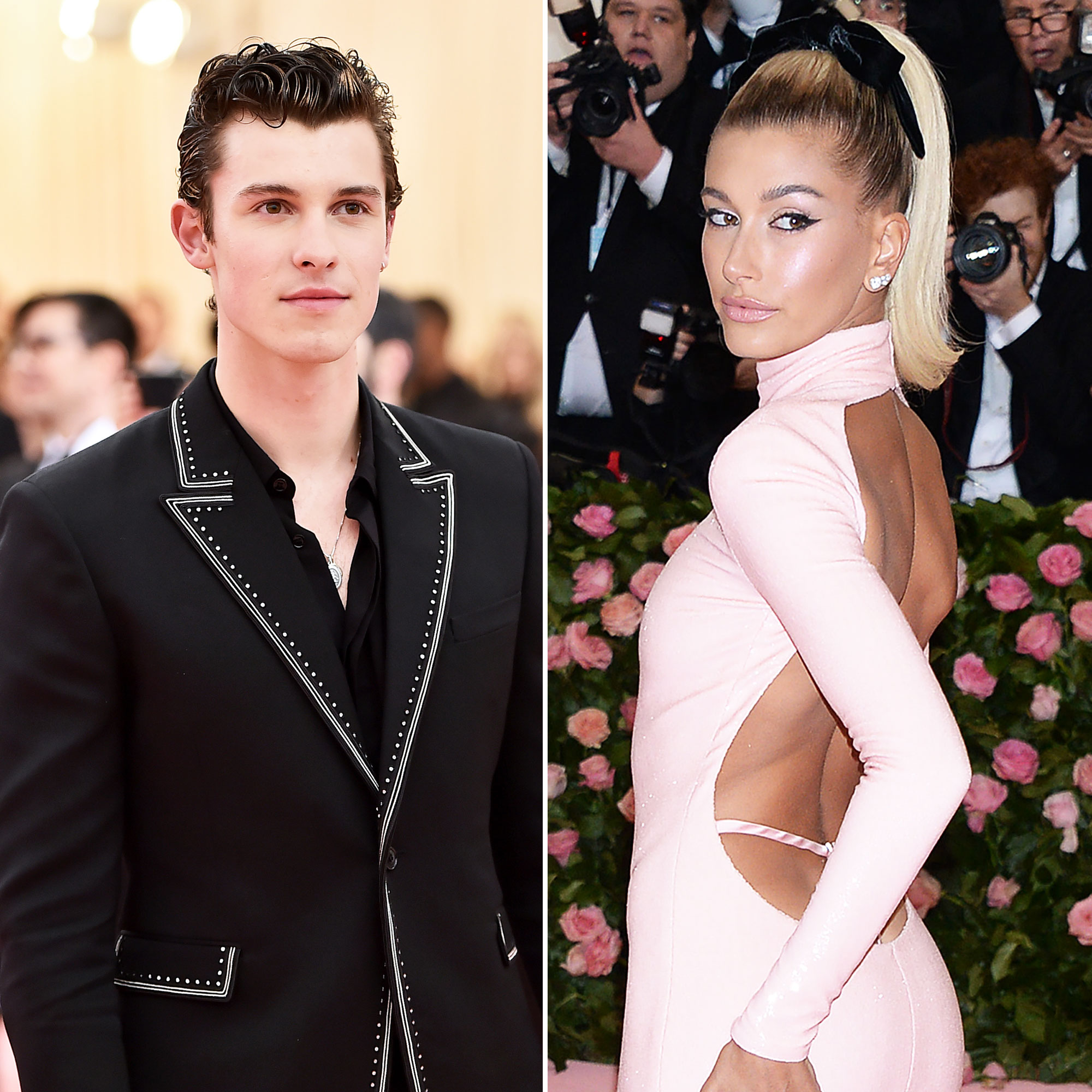 “Lol but remember when hailey walked the met gala carpet with shawn last year and got engaged to justin bieber in like 3 weeks after how WILD was that,” another person noted.

A fourth user added, “Hard to believe this time last year shawn took hailey to the met and a year later she’s been married to justin for 7 months..”

Mendes addressed his relationship with Hailey during an interview with Rolling Stone in November 2018.

The “In My Blood” singer also revealed that he texted the Drop the Mic cohost after she secretly married Justin at a courthouse in September 2018.

“I texted Hailey, ‘Congratulations,’ and I really am happy for them,” Mendes explained. She’s still one of the f–king coolest people ever — she’s not just a beautiful person visually, but she’s one of the most beautiful hearts I’ve ever met. … You can’t control your heart.”