THIS mind-bending optical illusion is bound hurt your eyes and brain – can you see all the dots at the same time?

The strange visual puzzle is frazzling people’s brains as it goes viral across social media sites once more. 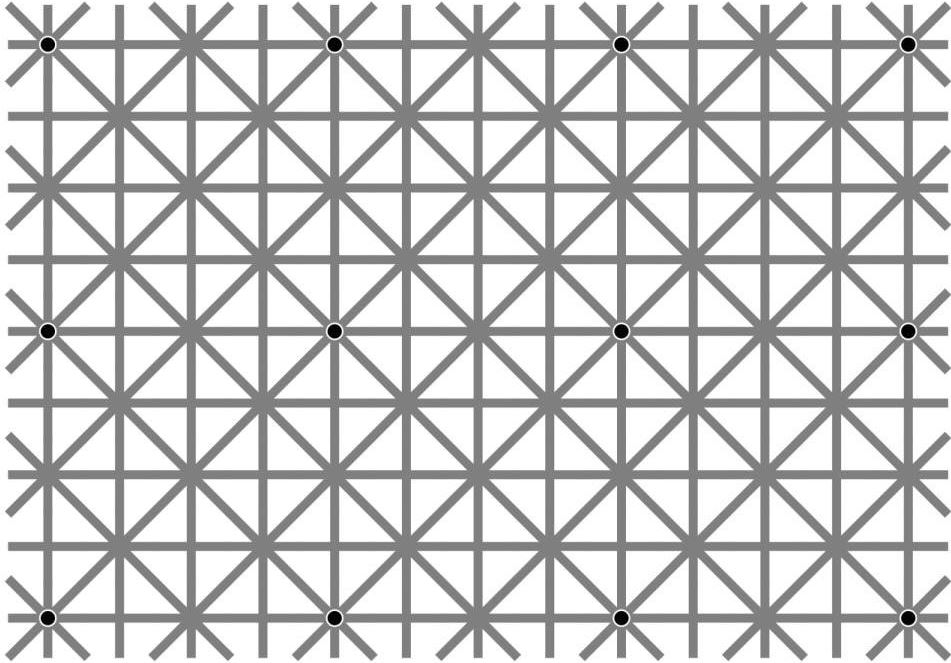 The image shows an image of interconnecting straight and diagonal lines which intersect with one another.

Where the lines meet, there is a black dot with showing 12 in total.

However, due to an optical illusion the viewer can’t see all 12 at the same time.

And the freaky image has turned some people’s minds to jelly just trying to get their heads around it.

One commentator on Reddit wrote: “Haha, nice.  I think I managed to see two at the same time though.”

A third claimed: “I don’t get it. I see all of them at the same time.”

Derek Arnold, a vision expert at the University of Queensland, said the puzzle was likely to freak people out.

"They think: 'It’s an existential crisis,'" he told The Verge.

The illusion happens when the brain guesses what's going on in the image as you stare at just one part of it.

The dots are placed at the intersection of several grey lines. When the eye sees this intersection in its peripheral vision, the illusion of a small, faint square is created.

"That can counteract the blurry black dot that is actually, physically there," Arnold added.

The optical illusion was first posted to Facebook by Japanese psychology professor Akiyoshi Kitaoka some years ago and is based upon a similar puzzle from an academic paper published in the journal Perception back in 2000.

The video shows what appears to be a drawing of a corridor – but as Adeline moves the camera around, it looks like the drawing is sinking into the table below it.

It appears as though the art-lover has managed to create a magical 3D hallway going through the surface below – and no one had any idea how it was possible.

At the end of the video, however, Adeline showed that – rather than the drawing sinking into the table below, it was actually a 3D structure coming out of the table.

She said this phenomenon is called “reverse perspective”.

Another mind-boggling optical illusion had the internet baffled in April this year as it showed the viewer a shade of blue that you’ve never seen before.

The illusion works by using a large red circle and a small white dot to trick your mind into thinking it is seeing a shade of cyan it doesn’t recognise.

In order to see the colour you need to stare at the white dot in the centre of the circle for 30 seconds.

You should then tightly shut your eyes and then when you open them you should see a glowing orb of “true cyan.”

Speaking to IFLScience, ophthalmologist Ajay Kuriyan, explained: "If you stare at a colour for some time, the cone cells responding to that colour become refractory for a short period of time so the other colour cone cells become stimulated.

"This is the principle that drives the afterimage." 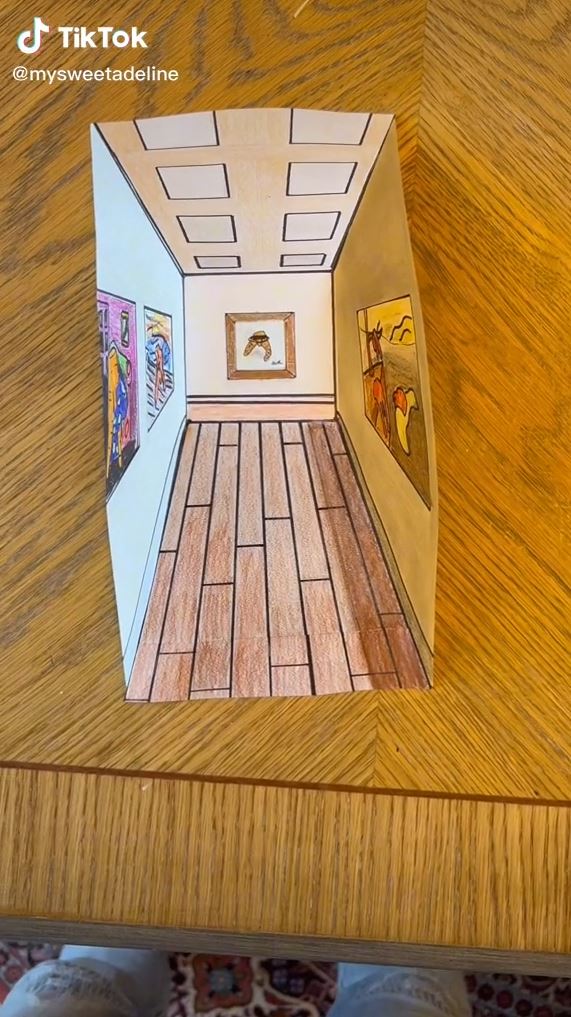 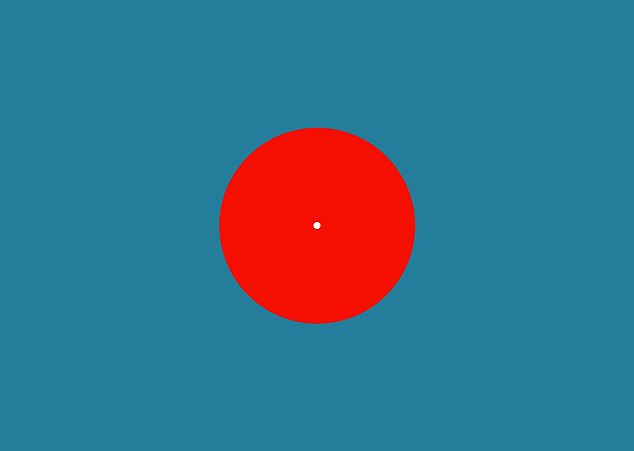