THE Queen’s photo of Meghan Markle and Prince Harry appears to have been “hidden” behind a bunch of flowers in what appears to be the latest “Sussex snub.”

The framed photograph of the Duke and Duchess of Sussex is on display in Her Majesty’s Audience Room where the monarch meets with the Prime Minister and other dignitaries. 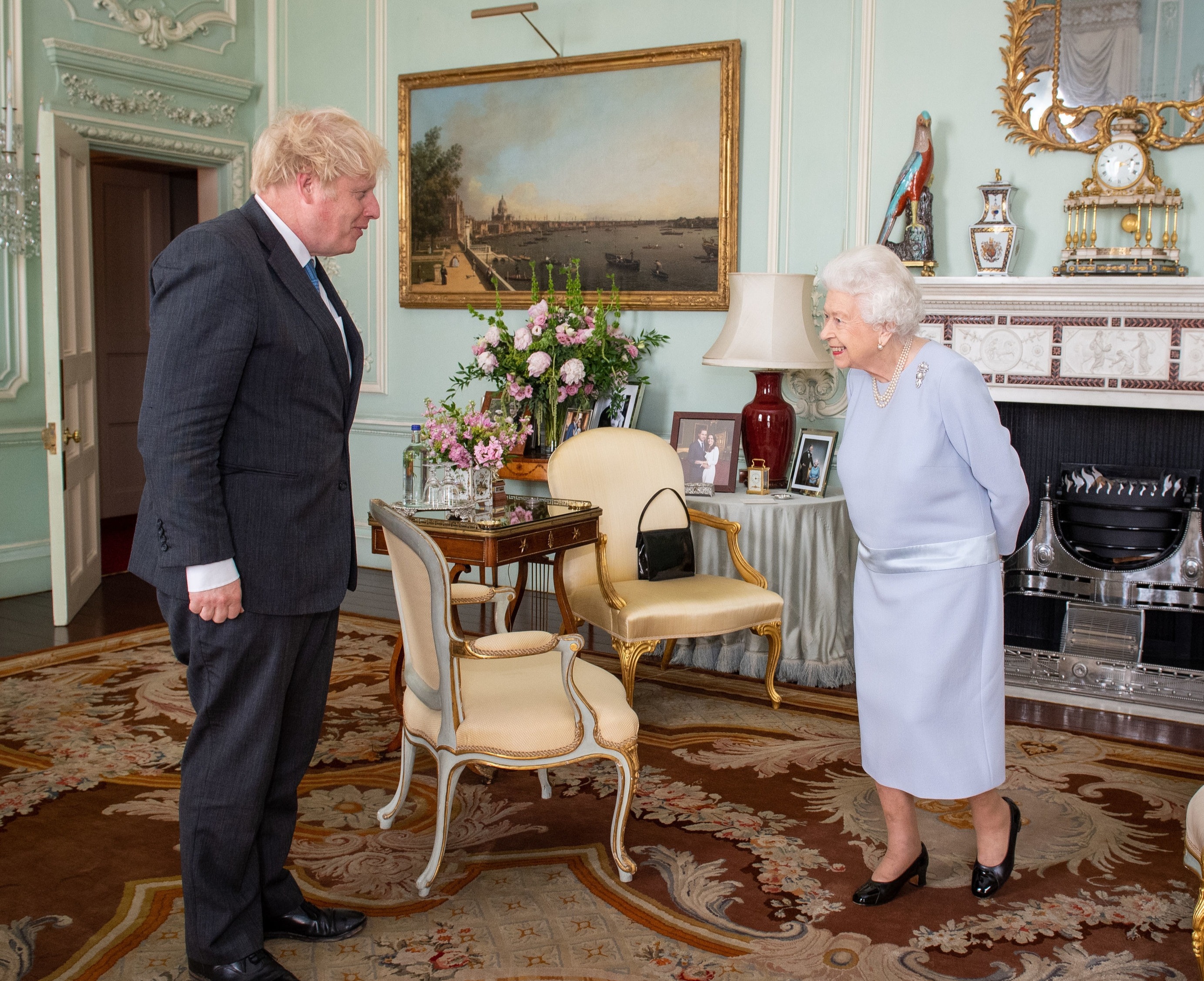 It had previously taken pride of place on the side table, but today, as the Queen greeted Boris Johnson during their first in-person weekly audience since lockdown, it appeared to have been demoted to the second table along.

And rather than standing up front, most of the image is concealed behind a huge bunch of peonies.

Meanwhile a photograph of Kate Middleton and Prince William has replaced the photograph’s original spot on the side table sitting front and centre alongside a carriage clock.

It’s not known who is responsible for the order in which the photographs are placed, but it’s likely royal aides move treasured family portraits around the grand home. 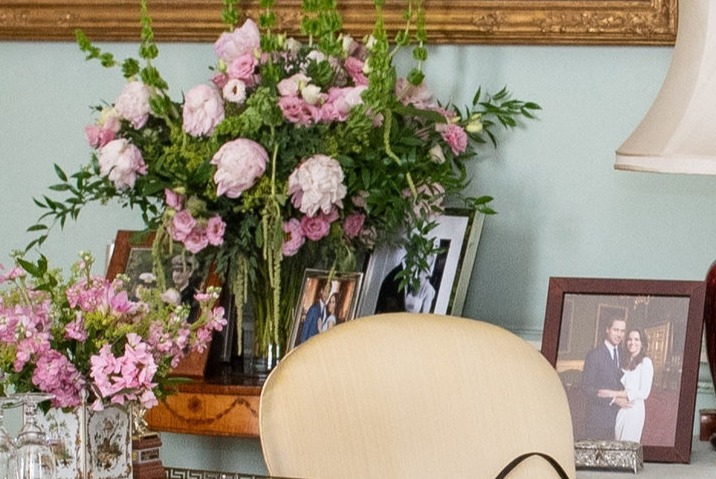 The photos are known to be regularly moved around, with this particular image of the Sussexes previously disappearing entirely from the room.

The photograph of the Duke and Duchess of Cambridge was taken by Mario Testino on the occasion of their engagement back in 2010.

And the photo of the Sussexes is also believed to have been taken during their engagement shoot with Alexi Lubomirski in 2018.

The photo shows the smartly-dressed pair posing for the camera as the new Duchess of Sussex, 39, affectionately rests her hand on her 36-year-old husband’s chest.

The photo has never been officially released to the public. 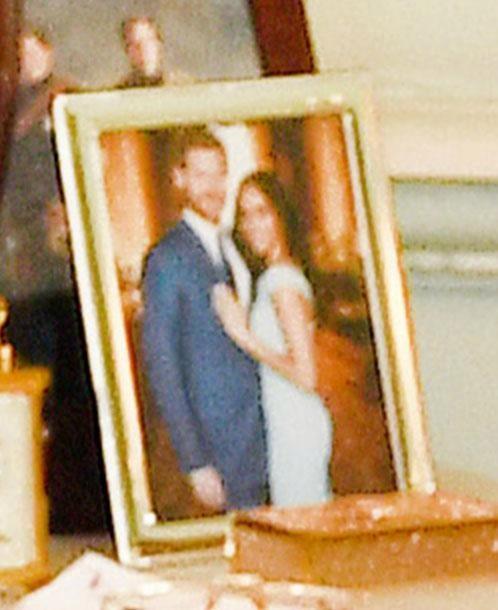 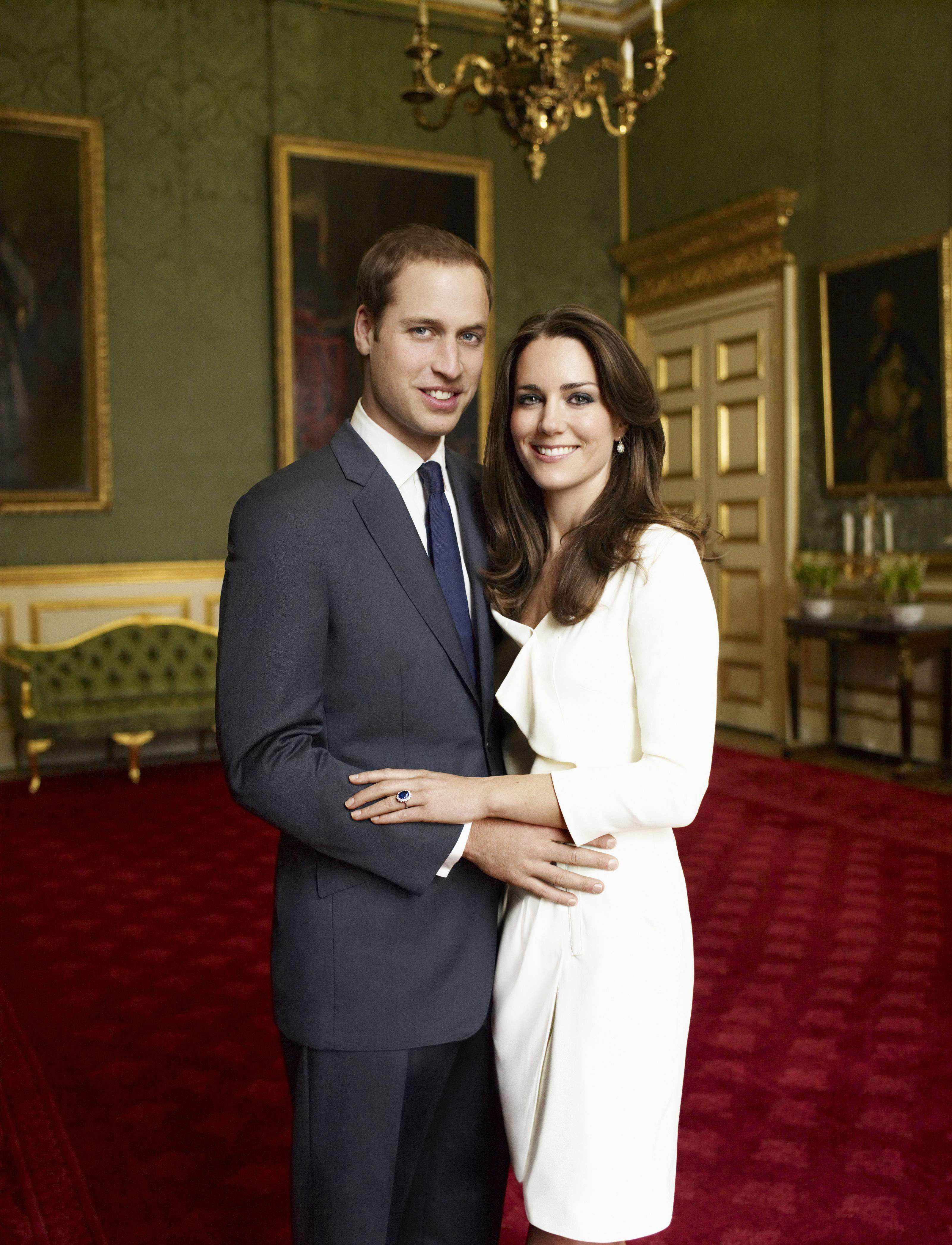 It was the first photo of Meghan to appear in Buckingham Palace and it sat alongside Her Majesty's other treasured photographs of her grandchildren and great-grandchildren.

Other portraits to feature in the room are ones of Zara and Mike Tindall on their wedding day, a picture of William and Harry in Military uniform and a portrait of Princess Anne and her husband Timothy Laurence.

The Audience Room is where the Her Majesty keeps some of her most prized possessions and is situated on the palace's first floor. 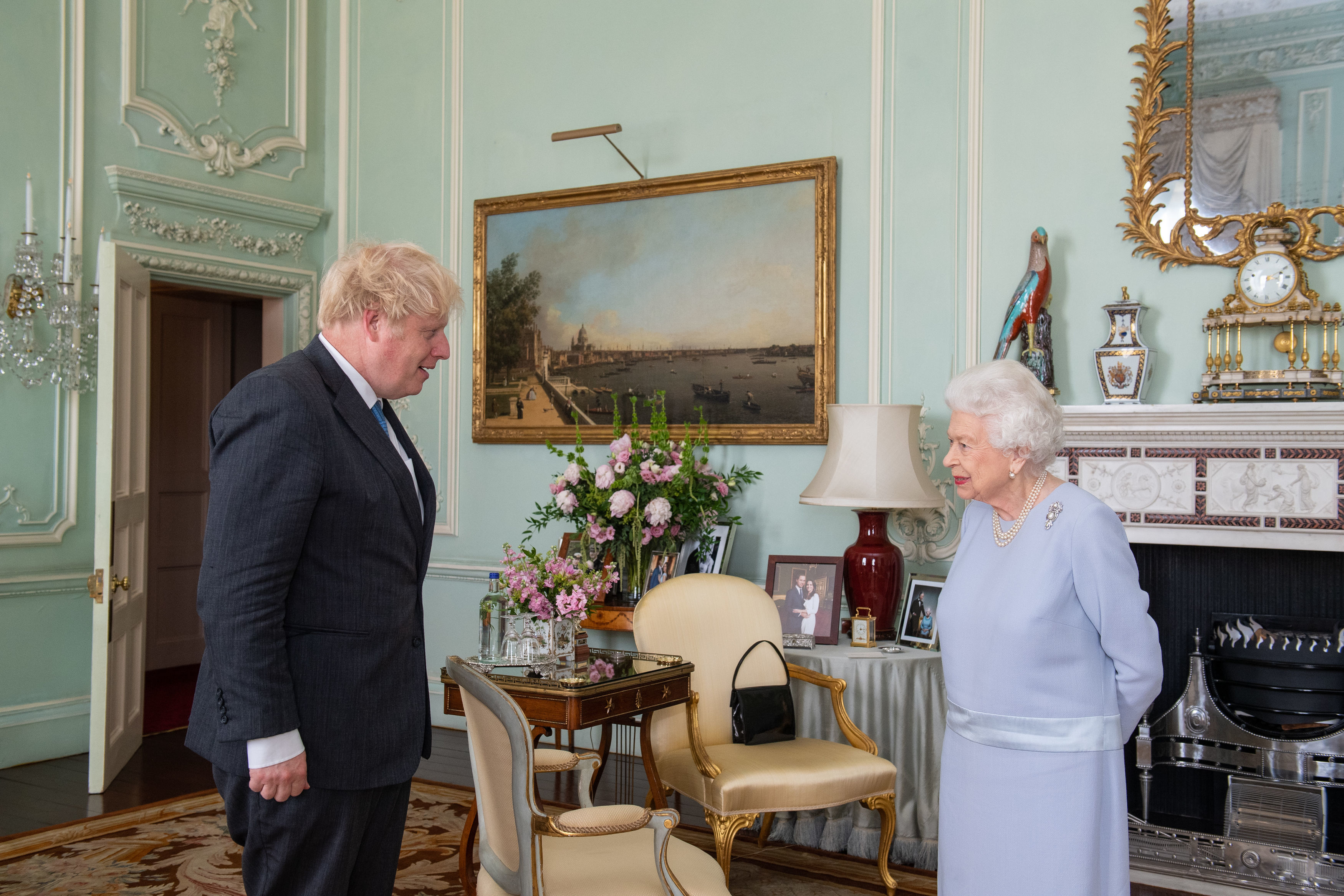 On the mantelpiece stands two 18th Century English porcelain pheasants valued at £20,000; as well as a white marble and gilt bronze clock, valued at £4,000; an English gilt mirror, valued at £30,000.

At Buckingham Palace, audiences are either held in The Queen’s Audience Room or in the 1844 Room.

Today saw the Queen host Boris Johnson at Buckingham Palace for the first time since the start of the Covid pandemic in March last year.

Their meetings have been held remotely since March because of coronavirus restrictions.

In other royal news, this is the adorable nickname Prince Philip’s mum used in loving letters to the Duke revealed – and it will melt your heart.

And the Queen ‘had no choice’ but to let Meghan Markle and Harry name baby Lilibet as everyone ‘walking on eggshells’ with them.

Plus we revealed how Meghan wrote a book about her freckles as a child.