IF you're looking at getting a new tattoo, perhaps think long and hard about your design before you take to your skin with ink.

It turns out there are some designs tattooists really loathe because they're just so basic – so do you have one of these tattoos? 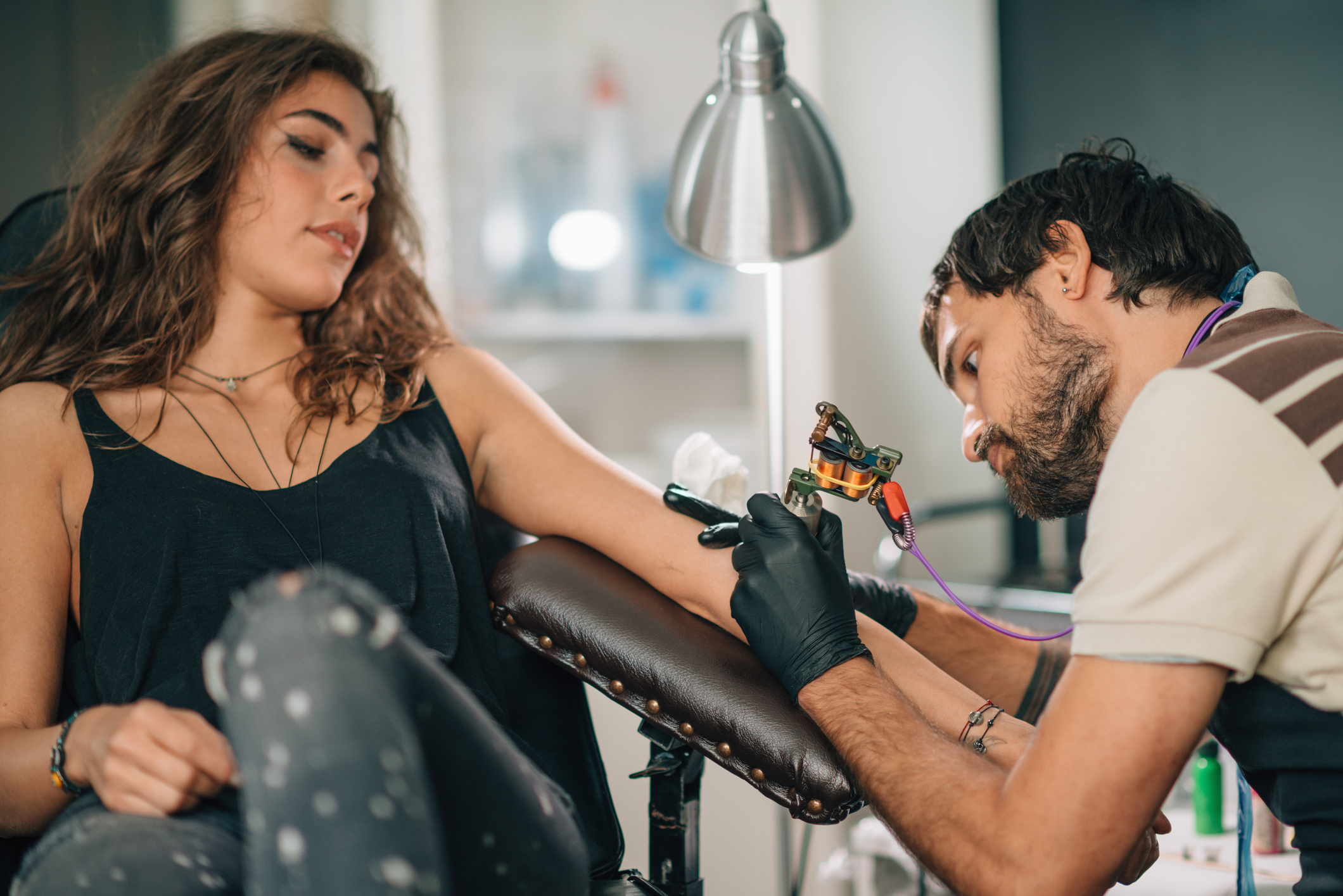 What is considered basic, though, depends on the artists own personal taste most of the time – so chose your studio wisely.

Stefan Dinu, from Inkaholics in London told Fabulous that he loves "photorealist, black and grey" artwork, but doesn't enjoy "Maori, Polynesian or mandalas."

As for Tota Volpe-Landi from Happy Sailor Tattoo in London, she hates realistic artwork, and new, popular trends are definitely a no-go. Instead more "traditional tattoos, thick lines, big coverage" are the sure way to go.

Here, five tattoo artists tell Fabulous the designs they hate the most and what you should definitely avoid. 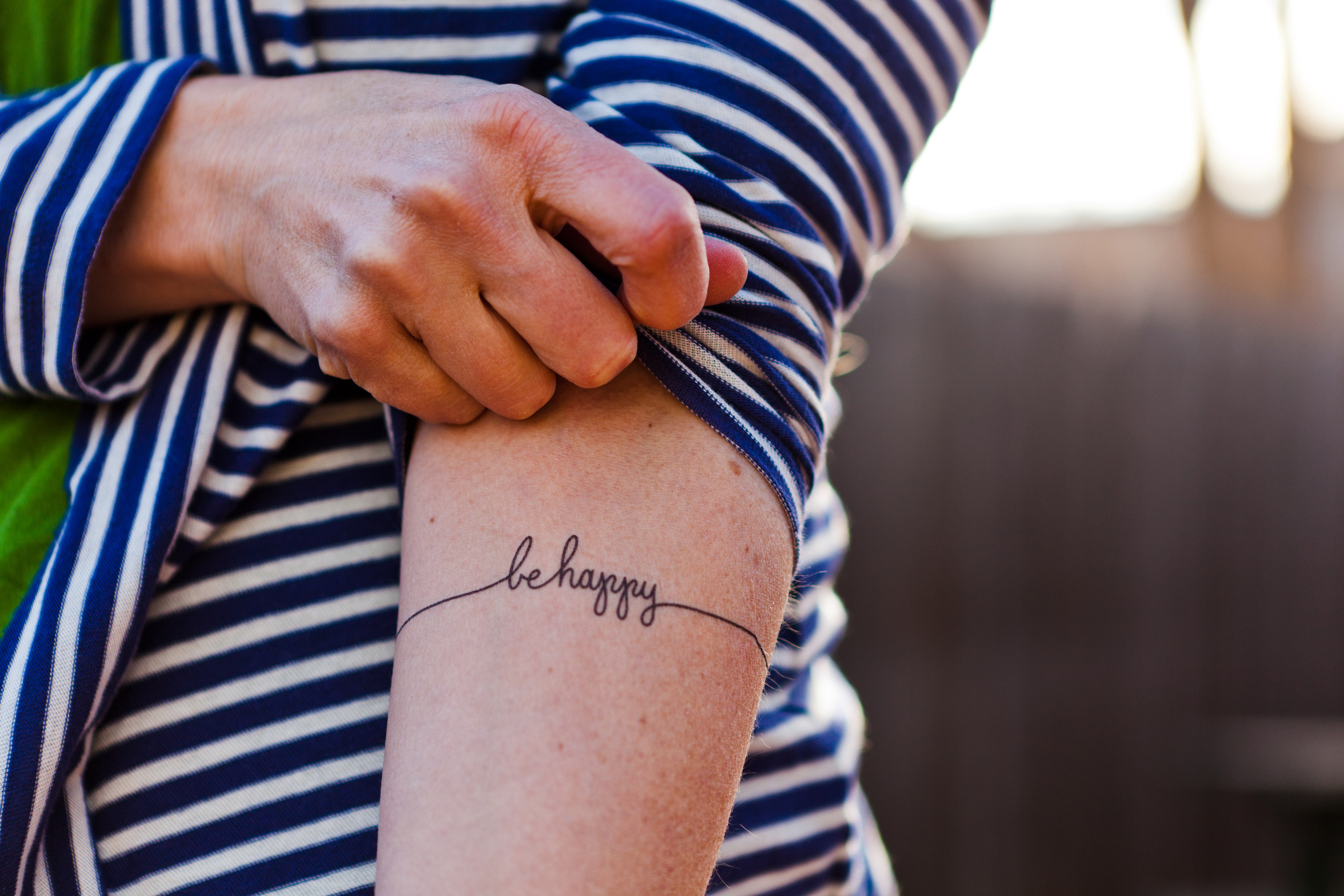 Tota told Fabulous that most tattooists will always prefer "big size tattoos instead of tiny ones."

She said: "Personally I wouldn’t get a tiny infinite symbol on myself, but I have little tattoos I got on the spur of the moment, to mark something in my life."

"I prefer also doing tattoos that last in time, I’m not too keen on superfine lines."

According to Naresh, a tattooer of 32 years and owner of Flamin’ Eight in London, these tiny design "may look great freshly done" but says they're usually the first to fade.

Speaking to Fabulous, he said: "Believe me, I've seen how these heal and if they survive the initial healing they do not age well and are often a source of regret when the sharp lines fade and blur once the dressings are removed."

To infinity and beyond 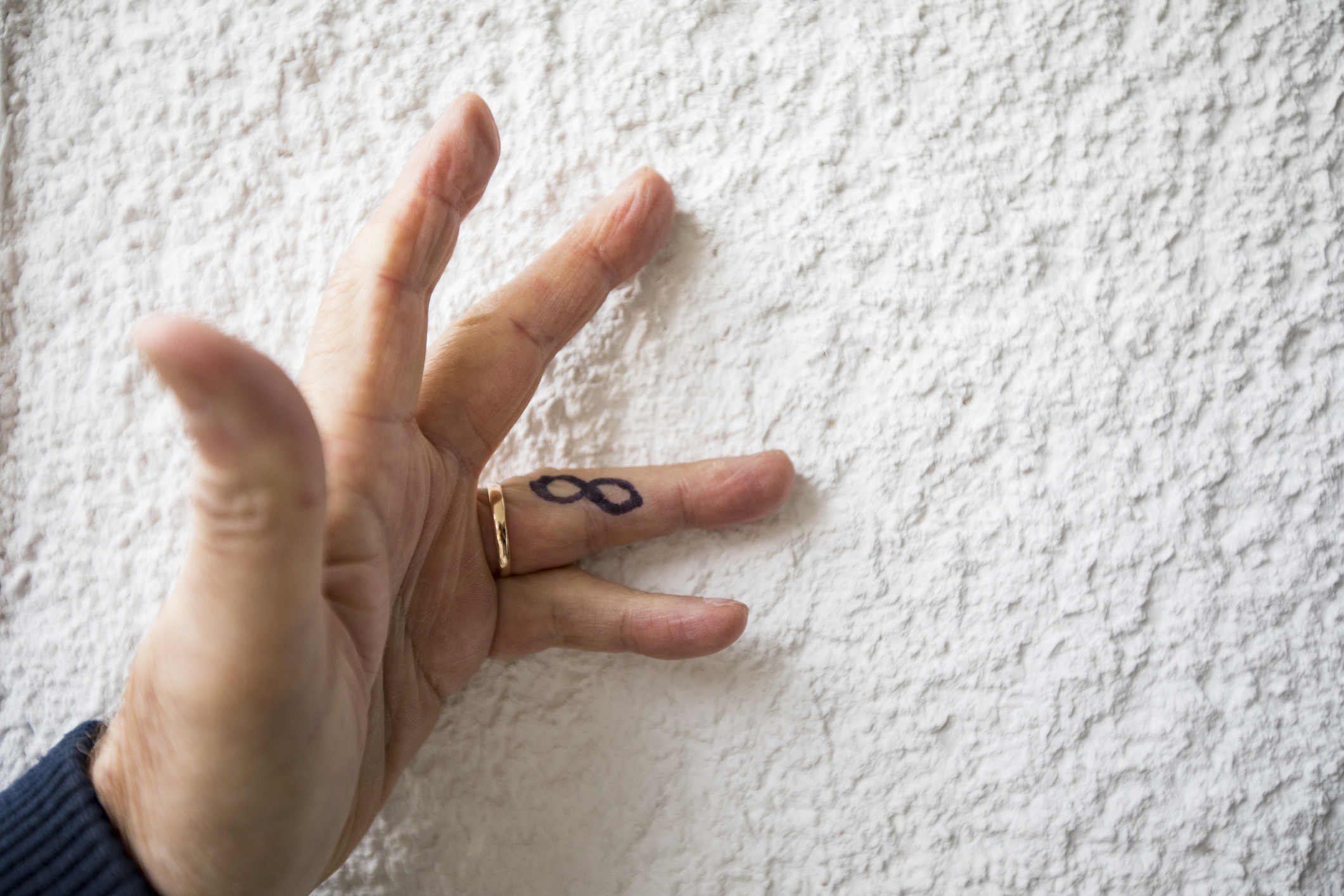 It seems there's a common distaste for infinity symbols among artists, particularly since it's now one of the most common requests.

Admitting it's his most hated design, Stefan said it's just because of "the volume of enquiries we got throughout the years" and said it's a design that "makes you roll your eyes and say 'not again!'"

For Avram Nikolic-Parry, a tattoo artist available through IYNK, the most common tattoo that makes him cringe is by far the infinity symbol.

But particularly infinity symbols with tiny bird silhouettes coming out of them on the wrist, he said.

A feather with birds flying around is supposedly pretty on trend, but Stefan reckons it lacks "originality and inspiration".

He said: "There is so many people out there with the same tattoo, why copy? why not having something unique?"

There's a myriad of common designs now, though, thanks to celebrity-culture and Pinterest.

Tota said: "When tattooing started becoming mainstream, people had stars. Overrated but technically not as easy to do as people think. After there were owls, pocket watches, infinity symbols…. roses probably are the most tattooed subject."

Now, lions with crowns are becoming increasingly popular but Tota absolutely "loathes them".

"That’s a newish stuff," she explained. "Everyone likes these crowned lions. Personally I think they look funny and it’s not my style…I think it's how the crown sits on the head which is weird."

Stefan added: "Times are changing, fashion comes and goes. If you get your tattoos because they are fashionable you will most likely regret it a year later."

He urges people to get something "meaningful, original and representative of you," saying you will "wear it with pride even when you get to your 90's."

For Stefan, name tattoos are his pet peeve – particularly those who get their partner's names.

He said: "After 17 years as a tattoo artist I still don't understand why people get their partners' name on them, especially at the beginning of a relationship."

In his experience, those customers are always the first to get a tattoo removed, and said "they never learn".

Offering some advice, he said: "If any couples out there are thinking [about getting] their names tattooed on each other, please try to think of something a bit more meaningful and original that represents the love for each other." 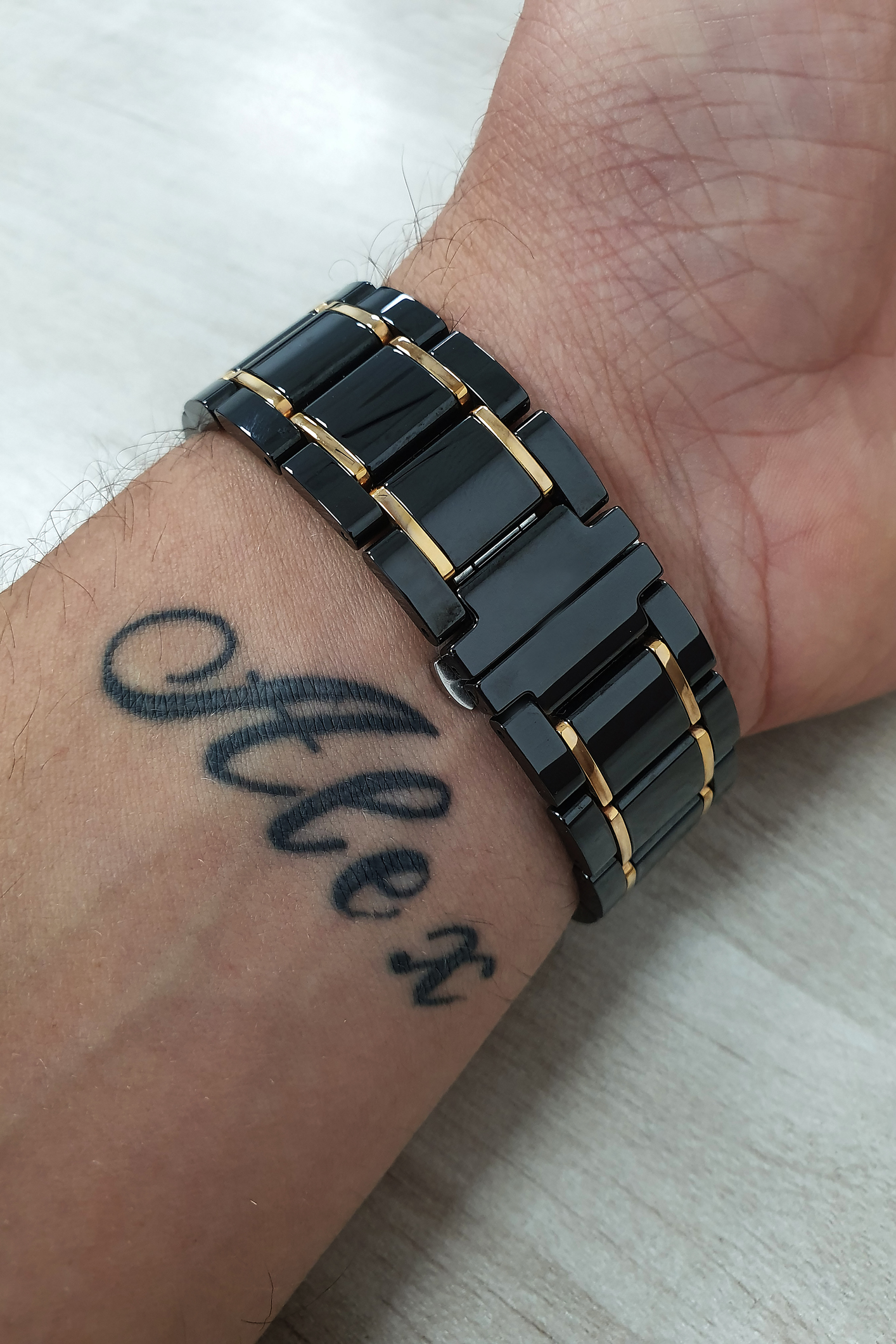 But he reckons you'll have a pretty hard time finding an artist who'll happily ink your foot, hand or face because "many artists and studios have policies against doing tattoos in these areas".

Avram agreed and revealed that, in his opinion, hand ink is definitely the most basic tattoo someone could get.

"The one tattoo I find super basic is the Cheryl Cole-style hand tattoos," he admitted.

"Clients coming in asking for an intricate design to put on the side of the hand. These tattoos never stay crisp and clean, they always fade and blur out. I hate the fad she created”. 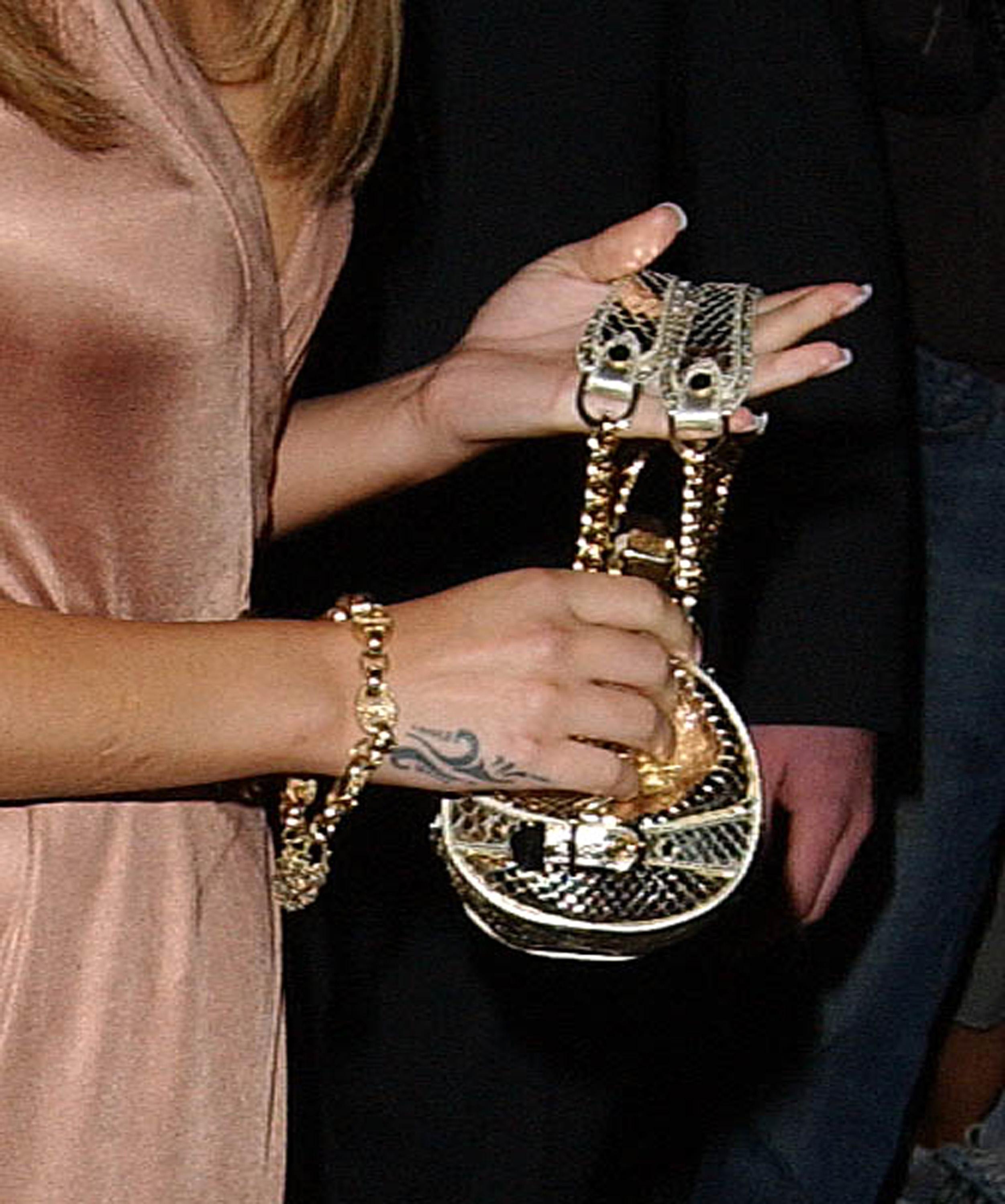 What tattoos will artist refuse to do?

A common theme among artist is that they'll rarely convince a customer not to get something – but they will work with them and guide them in the right direction.

Tota said: "I will [do] my best [to do] what my customers ask, no judgement. I can only give my opinion and then try to do my best."

But she will turn down work she isn't comfortable doing – such as people who are intoxicated or underage.

She said: "I do turn down work that I don’t feel comfortable with, people that are inebriated, people who are very young."

But also customers who want very visible tattoos on the hands, neck and face. 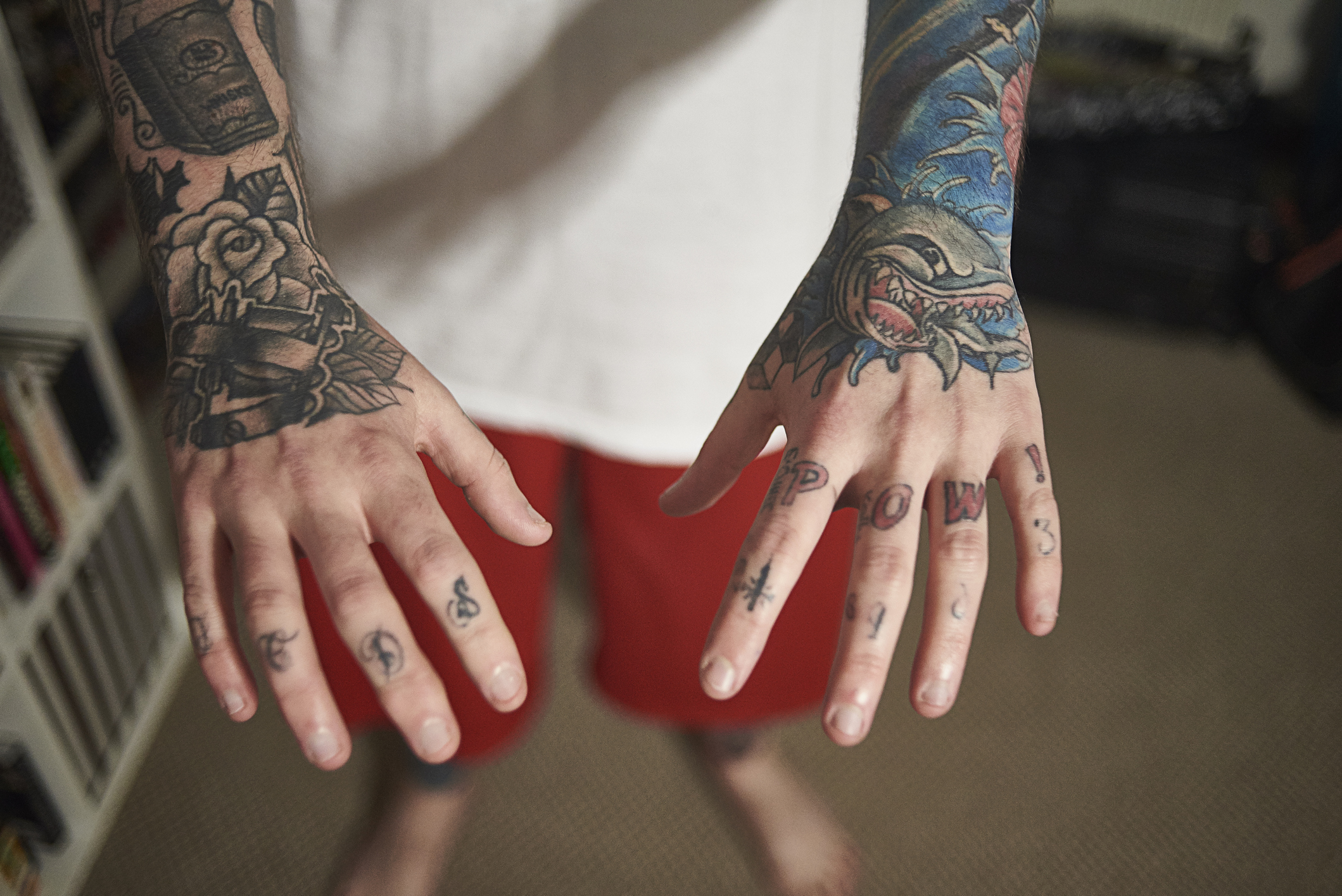 Stefan agreed and doesn't encourage ink on these areas and said he'll often book those in months in advance in hope the customer changes their mind.

He said they get a lot of requests for hand and finger ink as first tattoos, but he will "kindly decline".

"We try to put things in perspective and ask them, 'how would it be if you had to wear your favourite baseball cap all your life…?' And thats when they started having second thoughts and really sleep on it," he said.

But don't expect Naresh from Flamin Eight to oblige because visible hand and neck tattoos are off limits for him too.

"I do sometimes refuse to do certain designs and will not do anything that could be deemed offensive," he said.

And added: "Clients with few or no other tattoos are unlikely to convince me to tattoo very visible areas like hands or necks."

Meanwhile, tattoo fans share what dodgy body art REALLY means… and ‘fresh spring rolls’ has to be the winner.

Plus these daring celebs all got tattoos later in life – can you guess the stars from their surprising inkings?