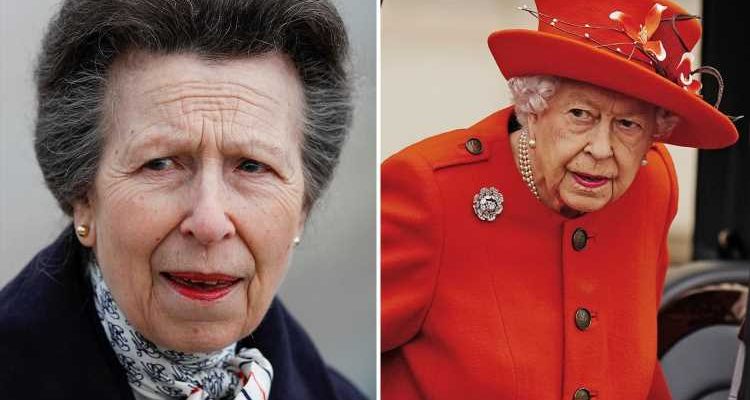 THE Queen was today dealt a blow to her Christmas plans after daughter Princess Anne was forced to isolate – meaning she will MISS the monarch's festivities.

Anne, 71, will not be able to spend Christmas Day with the monarch as planned as her husband Sir Timothy Laurence has tested positive for Covid. It's understood retired Royal Navy vice admiral Sir Timothy, 66, and the Princess Royal are isolating at the Gatcombe Park Estate in Gloucestershire.

But it is not yet known where the Prince of Wales, the Duchess of Cornwall and Duke and Duchess of Cambridge will be spending Christmas.

Royal expert Angela Levin says the Queen will be "disappointed" that Anne will not be able to join the festive gathering.

She tweeted: "The Queen will be disappointed not to see Princess Anne at Windsor because he husband Sir Timothy has tested positive for Covid.

"Anne is very dutiful and the offspring most like the late Prince Philip. Same sense of humour, same attitude. Hopefully he will recover soon."

It comes after the Queen, 95, was forced to scrap her traditional trip to Sandringham, Norfolk, as the UK battles rapidly rising cases of the Omicron variant.

Boris Johnson confirms Christmas is ON and no new restrictions yet

She had hoped to celebrate the festive period at her favourite country retreat – as she has done for decades.

But instead, the monarch will stay at Windsor Castle for the second year running and for her first Christmas without her late husband Prince Philip, who died in April aged 99.

Last Christmas was the first in 32 years that Her Majesty had not been at Sandringham for the holiday as she spent the big day shielding at Windsor with the Duke of Edinburgh.

It comes after senior royals including Kate Middleton and Prince William ditched all their plans ahead of Christmas so they can spend time with the Queen as Omicron cases surge.

They agreed to reduce all but essential contacts ahead of Saturday.

A royal expert has claimed the Queen's loved ones will not let her spend her first Christmas without her beloved husband Philip alone.

Royal correspondent Katie Nicholls told True Royalty TV's The Royal Beat: “The idea the Queen will be on her own for Christmas without Philip, I simply cannot believe the family will allow to happen, I don't think it will happen.”

Meanwhile royal biographer Ingrid Seward said that Prince Andrew, 61, will “definitely be there, he is always at the Queen's side.”

The Queen already pulled the plug on her festive family party amid virus panic.

It was announced last week that it was "with regret" her annual royal get-together lunch in the run up to the big day would not be going ahead as planned – but that it was "the right thing to do".

The decision was described as "a precautionary one" as it was felt the festive lunch would "put too many people's Christmas arrangements at risk if it went ahead".

The Queen had been due to host The Duke and Duchess of Cornwall, among 50 or so other members of the Royal Family, at Windsor Castle yesterday (December 21)

Three of her four new grandchildren — August, Lucas and Siena — all born this year, had been expected to join the party.

But US-based Prince Harry, Meghan, Archie and their daughter Lilibet, who was also born this year, were not scheduled to fly over for the bash.