YOU TRUST your partner to be as honest and truthful with you – because why shouldn't you?

Unfortunately, a TikTok woman was left traumatized after she found out that her boyfriend of two years had lied the entire time. 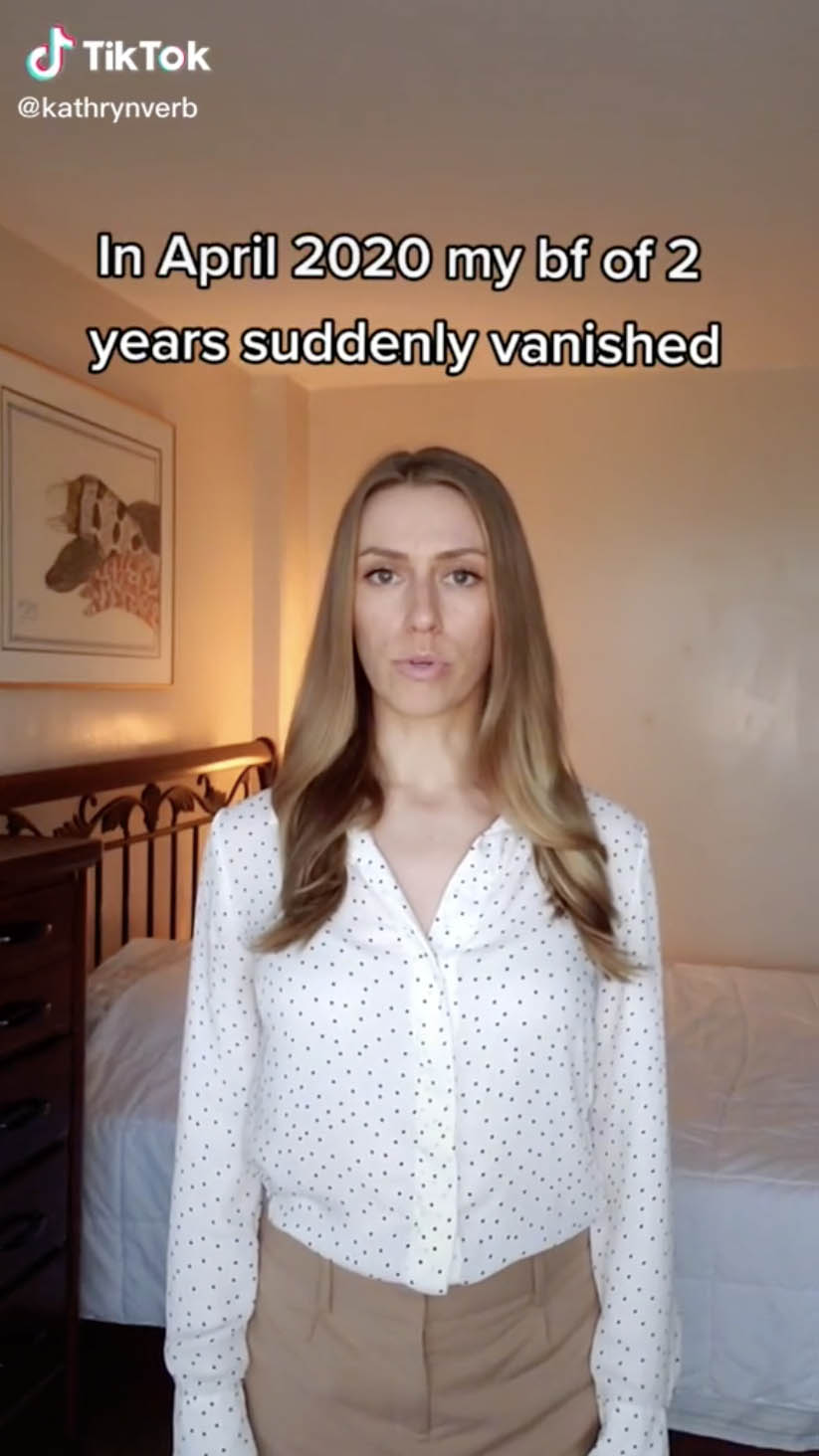 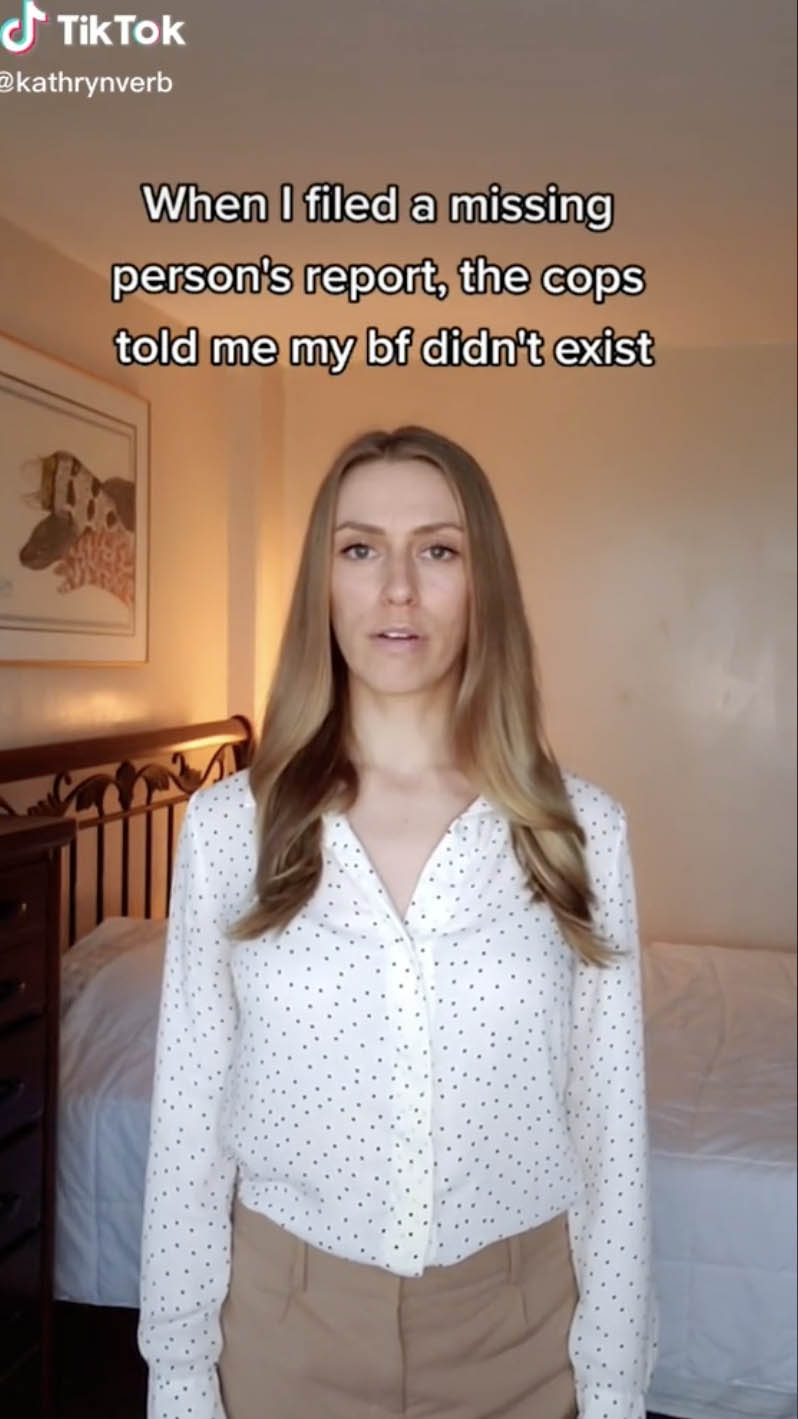 In a video, the woman who only goes by the name of Kathryn claimed she had been abandoned after a serious relationship.

She claimed in her video: "In April 2020, my boyfriend of two years suddenly vanished.

"When I filed a missing person's report, the cops told me my boyfriend didn't exist.

"That's how I discovered my ex had lied to me about his real identity (and everything else) for two years.

"I decided to share my story on TikTok to try to find answers and closure.

"The video blew up and apparently my ex saw it too.

"I know because I received a cease and desist letter from his lawyer shortly after.

"For months, I felt silenced and controlled. But I've decided I'm no longer available to be threatened, manipulated, or intimidated.

"And now I choose to speak the truth."

The woman then continued to share her story because she "wanted to help others become aware of the red flags in a similar situation."

In her story, she claimed that they met online and began dating in 2018 because "we hit it on instantly, he was everything I was looking for in a partner."

She then claimed that he told he was "always busy" because he was a business consultant for many brands, and she simply accepted it because she wasn't looking for anything too serious.

"We began to hang out once a week and even then, I fell in love so fast," she added.

"But because I was so in love, I ignored all the obvious red flags."

Some of the red flags she listed were:

Continuing with her story, she claimed that when things escalated to them saying I love you, he immediately pulled away because he alleged that his mom had cancer.

"He was going to have to leave Hawaii and go back to New Jersey to take care of and I was devastated," she claimed.

The two then began a long-distance relationship where they met up in New York City about once a month.

"He would put me in a hotel and come visit me a couple of times but I kept telling him how I would love to meet his mom, his family, and friends – but he claimed his mom didn't want visitors and that he didn't like his family," she continued.

Despite all the red flags, Kathryn allegedly brushed it off thinking their issues came from his stress of taking care of his mom.

Their relationship then evolved into them talking about kids and marriage.

"This was the first time I genuinely felt excited to spend my life with someone else," she claimed.

"But as the year went, he became more distant and as the summer approached, he wouldn't text me for a week and stopped calling me.

"My friends would tell me he was probably cheating on me or had another family and the truth was that I just didn't want to believe it."

She then claimed that he told her that his dad was sick with tuberculosis, which is why he had been more distant than usual.

Once 2020 came around, Kathryn was forced to move back to NYC due to the Covid-19 lockdowns, which is when everything went downhill for the couple.

Her boyfriend alleged that his mom was on her deathbed and he wanted to be with her, but he claimed to have gotten Covid.

This gave him an excuse to not see Kathryn, despite them being in the tri-state area, as he said he was going to the hospital for treatment.

That's when he disappeared and stopped reaching out to her or responding to her messages and calls.

"A week later, whenever I called, his phone would to voicemail. I called every single hospital in New Jersey and there was no one by his name," she claimed.

She then claimed she searched for his records everywhere and could not find anything.

That's when the realization hit, he had lied to her about his identity.

"In May, I filed a missing person's report and again, after the police searched, they also could not find his name," she said.

As a last resort, she logged back into the website that they had met on and noticed he had been active just three days prior.

"I wanted a logical answer, but I know his actions were not logical," she said.

She ended her videos by revealing she felt betrayed, but she held no resentment for him and simply wanted him to get the held "he needs." 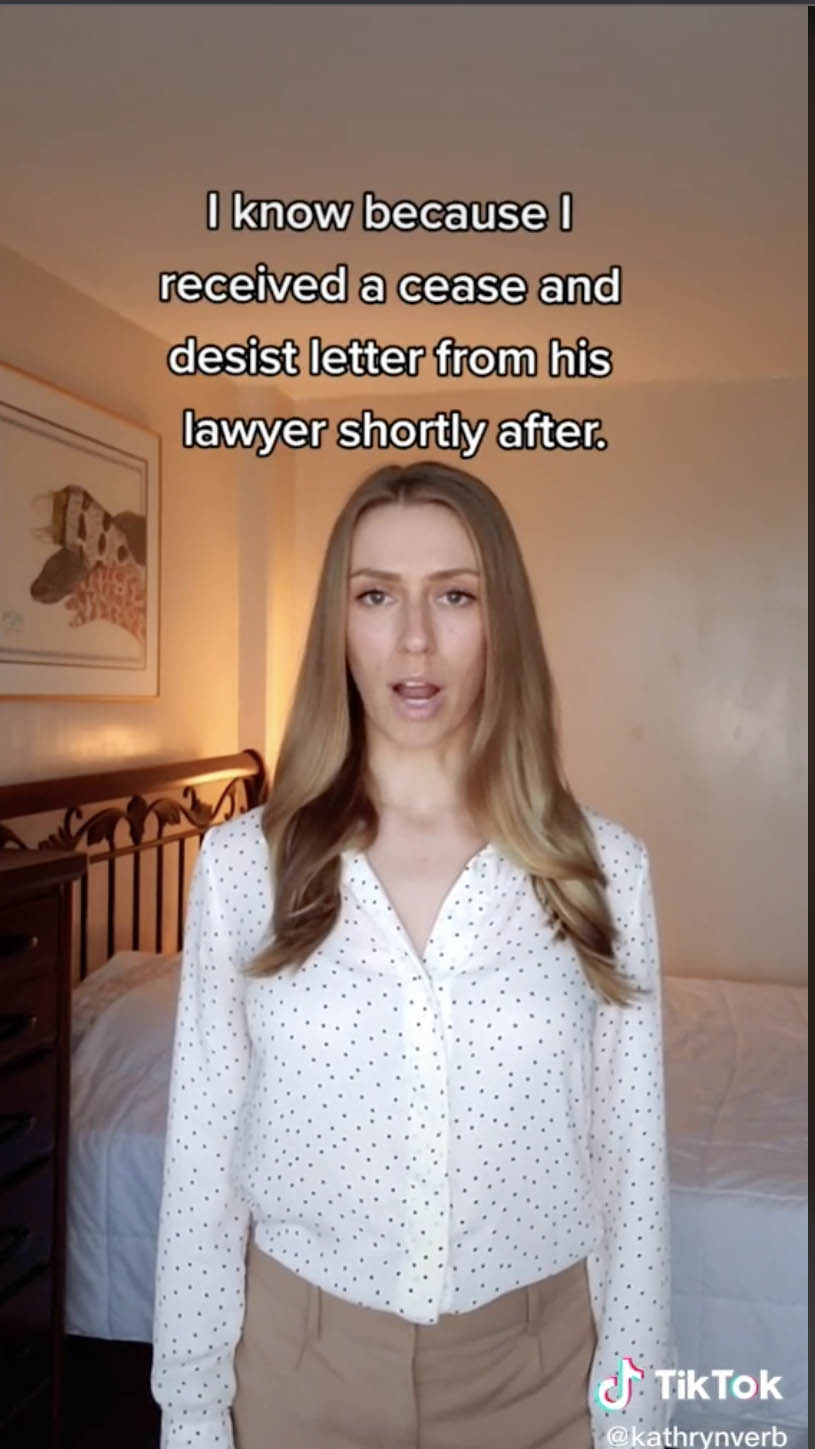