A WOMAN has revealed her real life nightmare after her boyfriend accidentally bit off and swallowed her THUMB in his sleep during a night terror, a rare phenomenon which affects less than 5 per cent of people.

Sage Noreika, 26, was enjoying the holiday of a lifetime in Sardinia, Italy, with Marco* – but she returned home terrified of the man snoozing next to her. 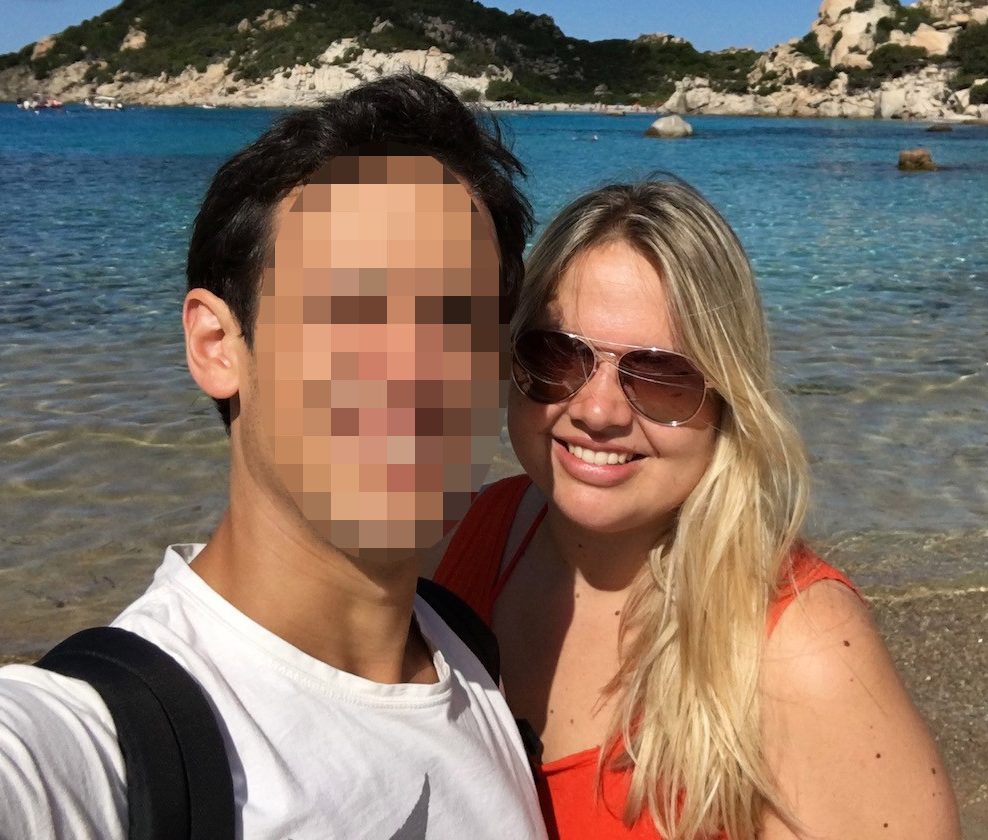 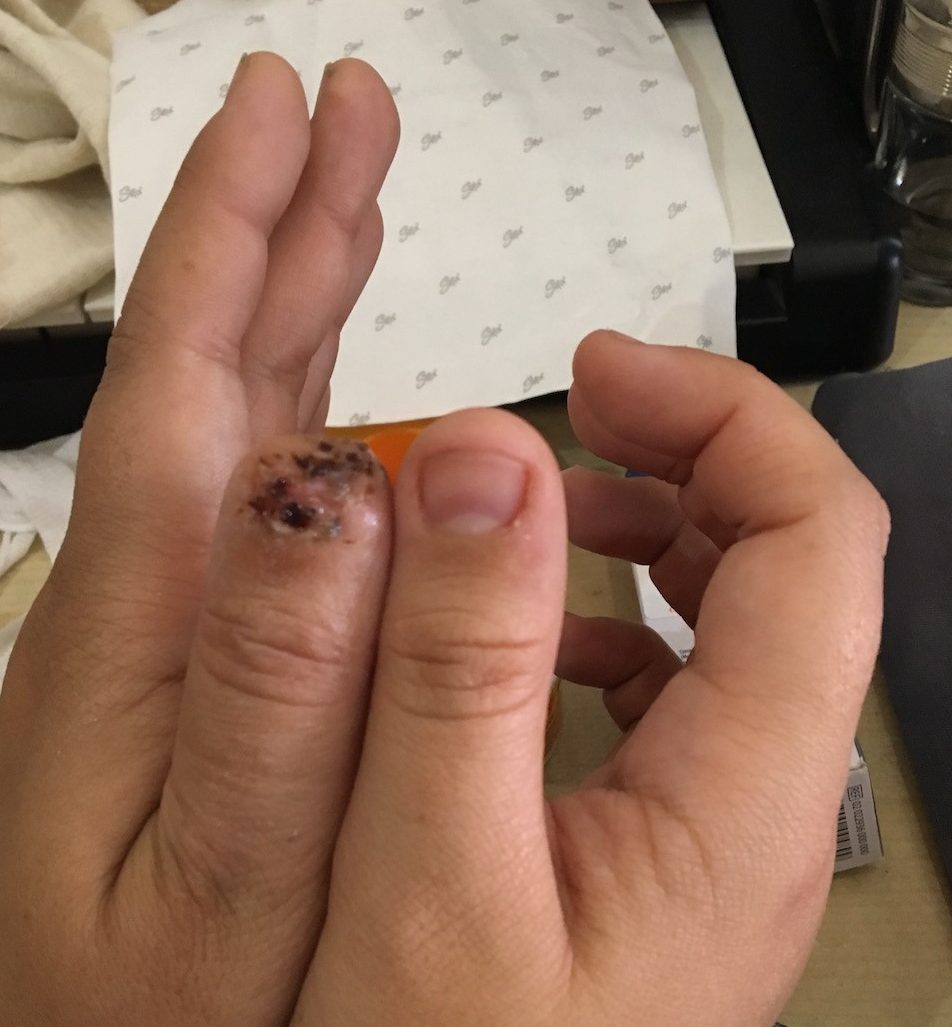 Speaking exclusively to Fabulous Digital, Sage, from Perth, Australia, who was living in London at the time, tells her story…

Marco and I had been together for a year when he suggested a holiday in Sardinia, in his native Italy. As an Aussie living in London, it was great to be back by the sea.

Falling into bed one night after a full day at the beach and a big dinner, we were exhausted and I fell asleep in Marco's arms.

But then, a blood-curdling scream jolted me awake. "Are we being robbed?" I panicked. 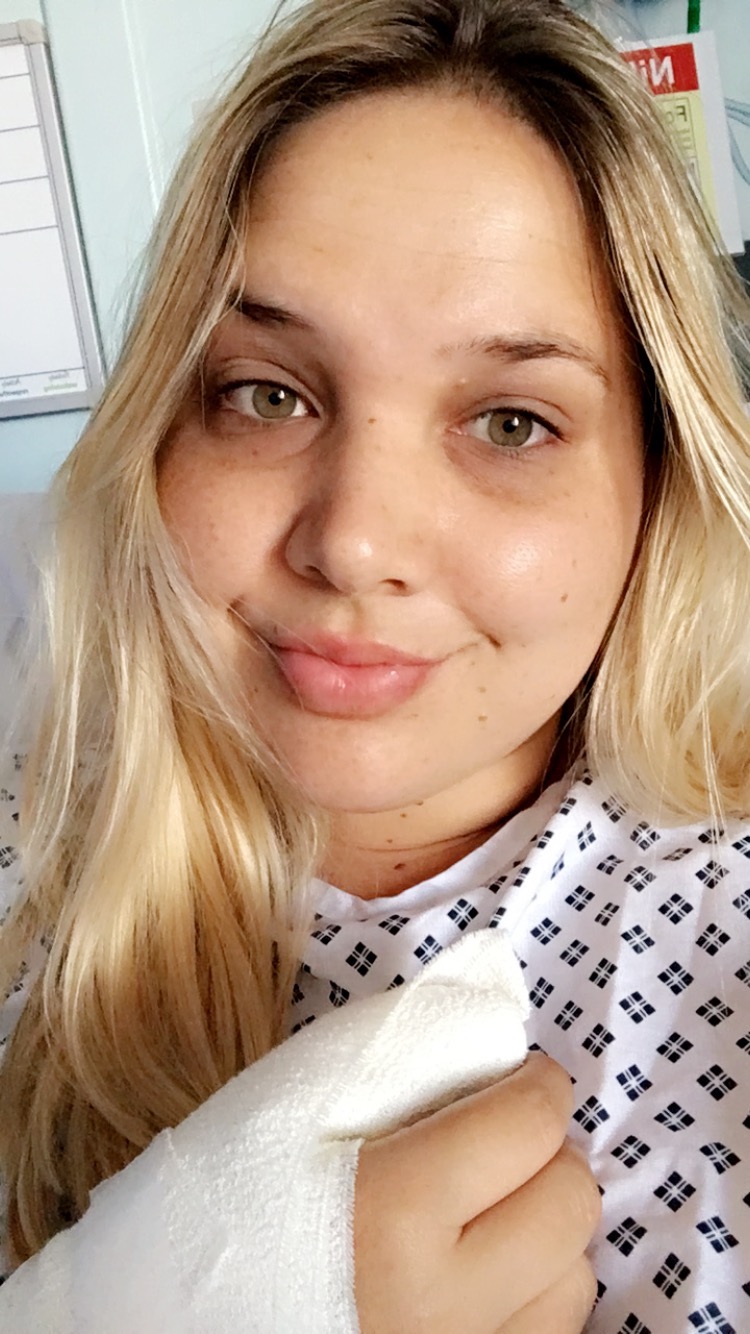 Pitch black, I could just make out Marco’s shadow. Shrieking, he was running around, crashing into furniture.

He often woke me up mumbling and sometimes he’d sleepwalk. But this sounded like he was being murdered.

But Marco lunged at me and, instantly, my left hand flared with pain. Next, he lifted me off the bed and threw me against the wall.

Coming to seconds later, I screamed in agony. My hand was pulsating.

"Did he bite me?" I thought. "How could my sweet boyfriend hurt me?" 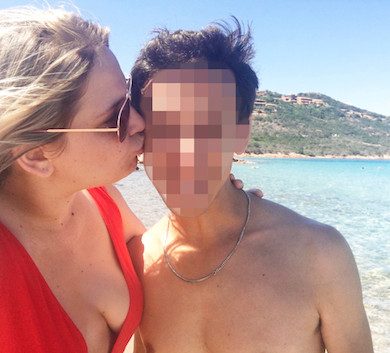 When I’d broken my ankle, and spent three months in a moon boot, he’d cared for me the entire time. He was no monster.

But now I could hear him smashing things in the bathroom. Without warning, the lights switched on.

Pale as a ghost, and now awake, Marco looked horrified. I realised I was sitting in a pool of red. "What have I done?" he choked out.

I realised I was sitting in a pool of red. There was so much blood, we couldn't see the damage

Grabbing tissues, Marco pressed them on my hand. There was so much blood, we couldn’t see the damage.

"I’d never hurt you – you know how much I love you…" he cried, hugging me. 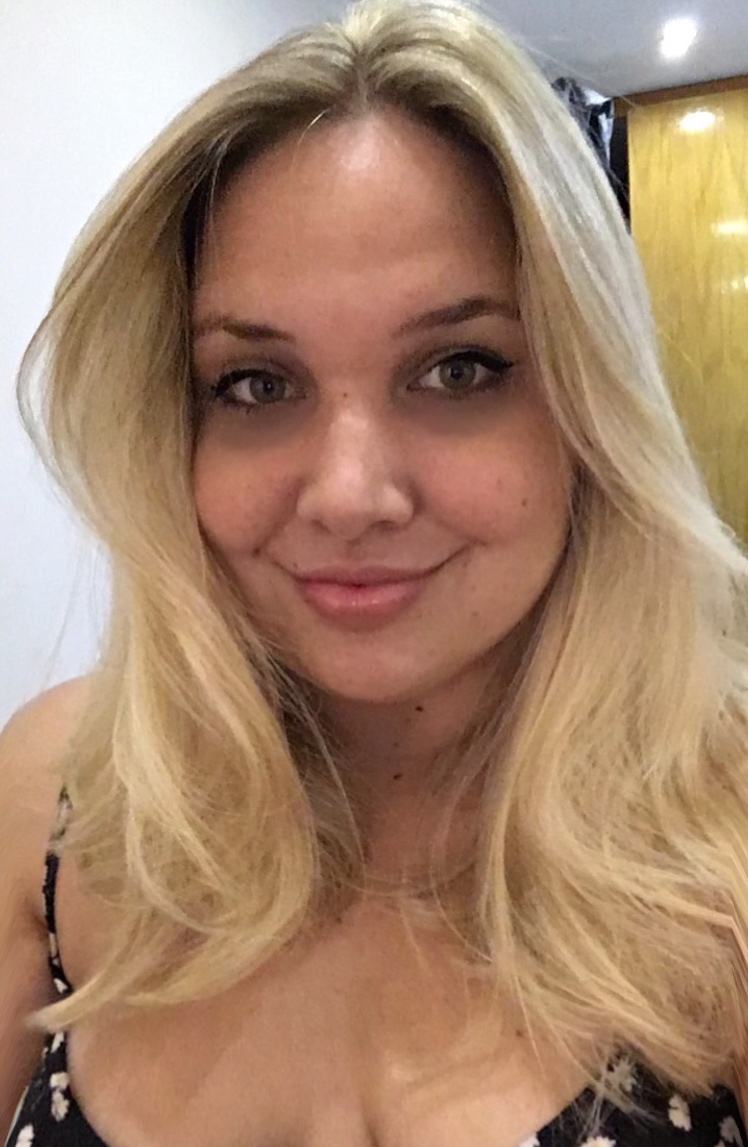 I walked into the bathroom and pulled the tissues off, but flecks of lint were stuck in the wound.

As the water washed the mess away, I was met with a horrifying sight. Half my thumb was missing.

The flesh had been sheared off down to the knuckle, the bone sticking out like a scene from a zombie film.

"You’ve bitten off my thumb!" I screamed, frozen with shock.

Seeing the damage, Marco nearly threw up. "Where’s the rest of it?" he fretted. "Maybe it can be reattached…" 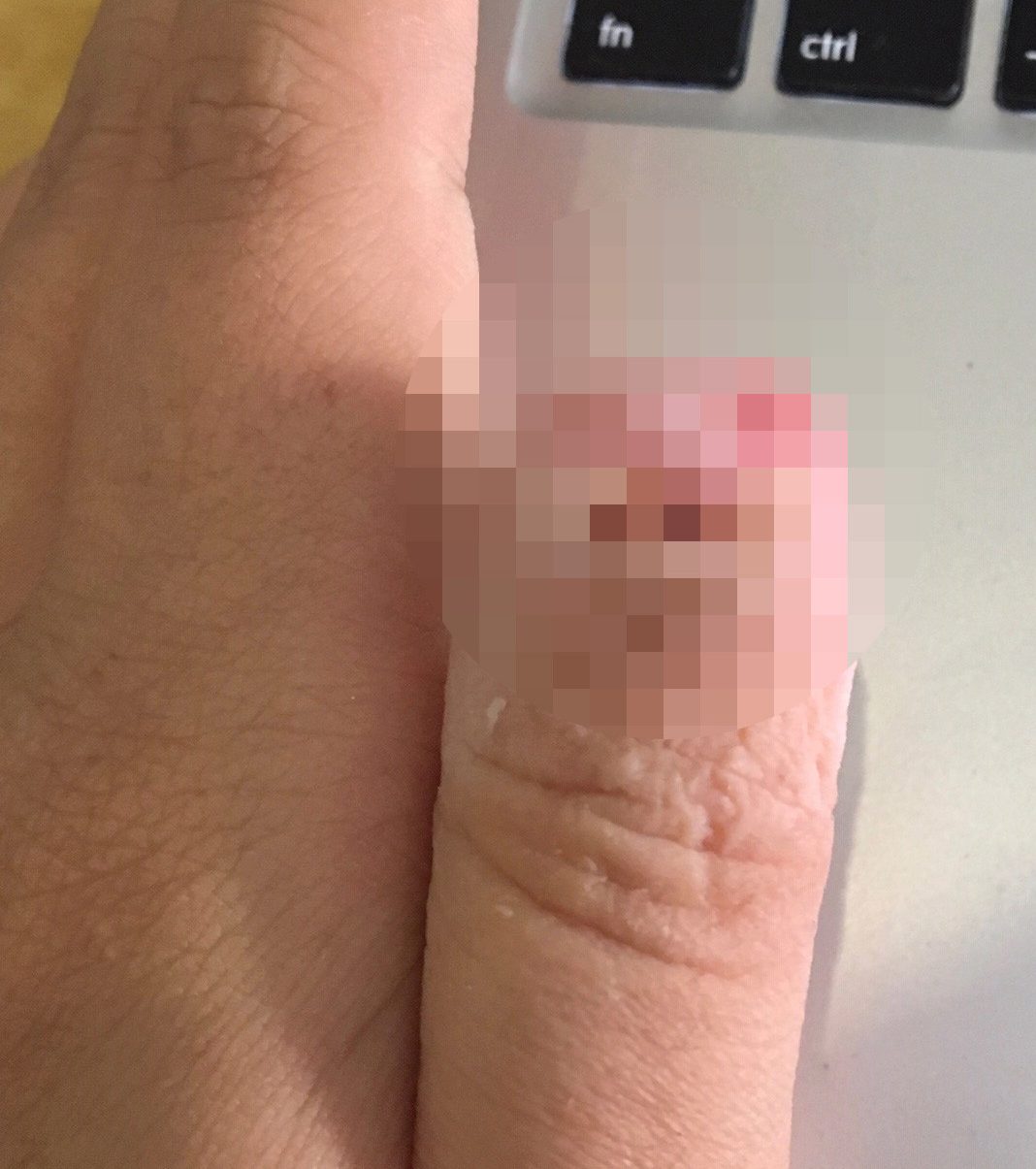 We peered under the furniture but realised the top half of my thumb had disappeared.

Looking at each other, we made the gruesome realisation at the same time – he’d swallowed it.

Racing to hospital, I saw the shock on the nurses’ faces as Marco told them in Italian what had happened.

An X-ray showed Marco’s teeth had chipped the bone.

The injury was cleaned and bandaged and I was given antibiotics and painkillers, but told I’d need plastic surgery back in London.

"At least I’ll get through immigration easily – they won’t be able to fingerprint me," I joked. 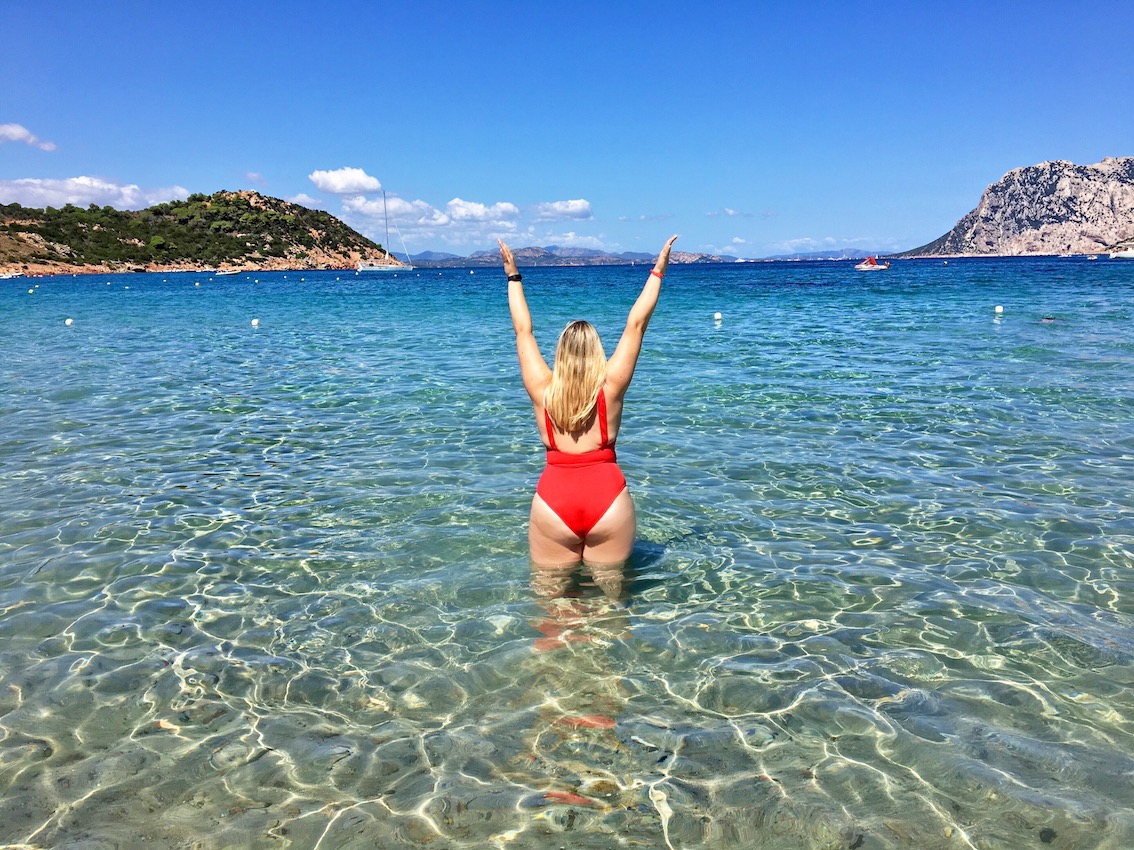 Marco told me how, as a teen, he'd run outside his house yelling while still asleep.

We Googled and realised it sounded like a night terror – an episode of intense fear which occurs when partly aroused from a deep sleep.

"I’m so sorry," he said over and over again.

Back in London, we rushed straight to hospital. By now, I had a fever.

"The human bite is far more infectious than any animal," a doctor explained.

Pumped full of antibiotics, I went in for surgery the next morning. Amazingly, the surgeon used the remaining skin to re-form my thumb.

"You may never grow a nail again," she warned. But that was the least of my worries!

A week later, the nurse unravelled my bandages and I got to see my new digit. Still raw, it looked pretty horrific.

"It’ll get better," she said, but it was 2cm shorter than my right thumb.

By the third week, a tiny shard of a nail even started to sprout.

I was on the mend, but the hardest part was yet to come.

Lying next to Marco at night, I’d feel a rush of fear every time he flinched.

"What if he turns into that monster again?" I’d fret.

I knew it wasn’t his fault, but sadly it was too much for us both and we eventually broke up.

Three months on, I’m back in Perth living with my parents. I don’t blame Marco, as he has a serious sleep condition, which so little is known about.

My thumb is healing, but as the nerves grow back, it’s ultra sensitive.

It’s been tough, but I try to see the lighter side.

Earlier this week, we spoke to a woman whose jealous 20-stone boyfriend ripped out her tongue with his bare hands after ‘joking’ his friends could have sex with her.

*Marco is not his real name.