A MUM-of-10 has shared the monster food haul which feeds her family for a month, including 16 loaves of bread, 12 jars of pasta sauce and 180 eggs.

Sarah and Solo, from Nebraska, live with all their children, who range from 11-months-old to 16. 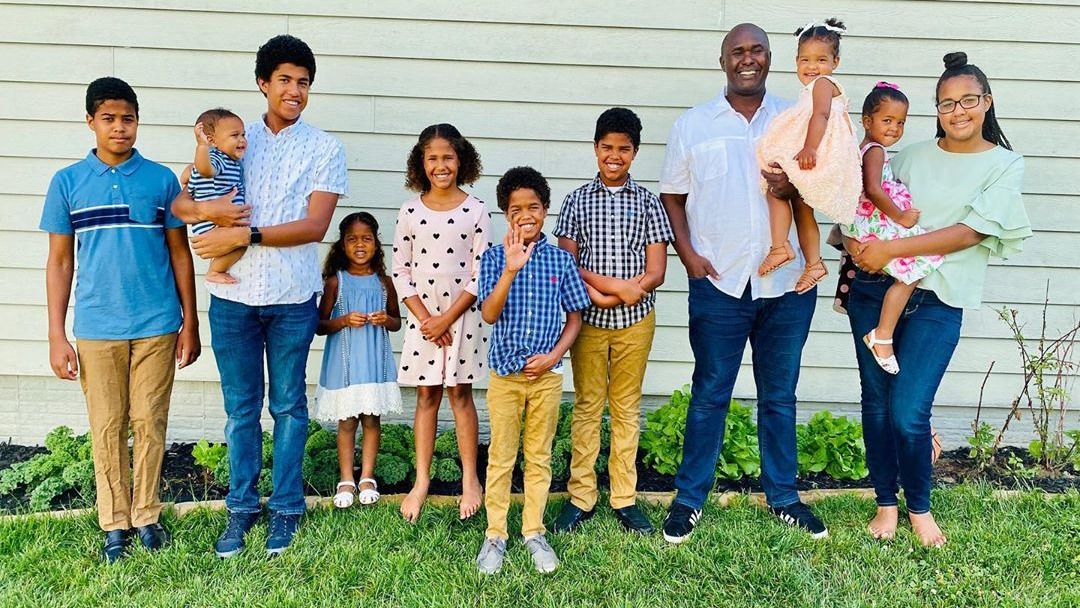 Mum Sarah is tasked with doing the monthly food shop for them all, revealing she spends more than $1,000 a month on groceries.

“Everybody's here still, all of our children are still home. And there’s a lot of us, and we’re feeding us all. 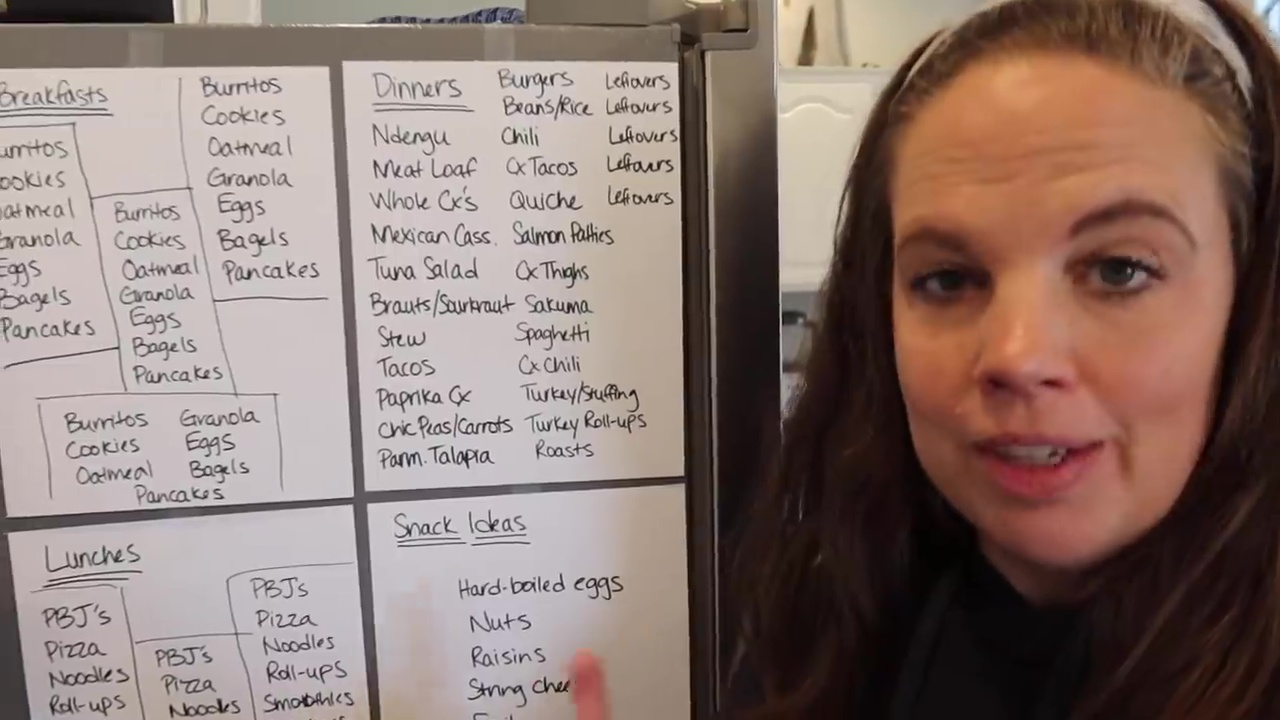 “Half way through the month we go back for milk and fresh fruit, and some fresh vegetables, but we tend to be heavy on frozen vegetables for the second half of the month.

“Mostly we don’t go back to the store so I plan the meals out for the whole month, planning snacks out.

“Most people say how do you plan snacks out, because if I were to buy snacks for the month my kids would eat them all at once. We have a plan so that doesn’t happen. It works really good for us. 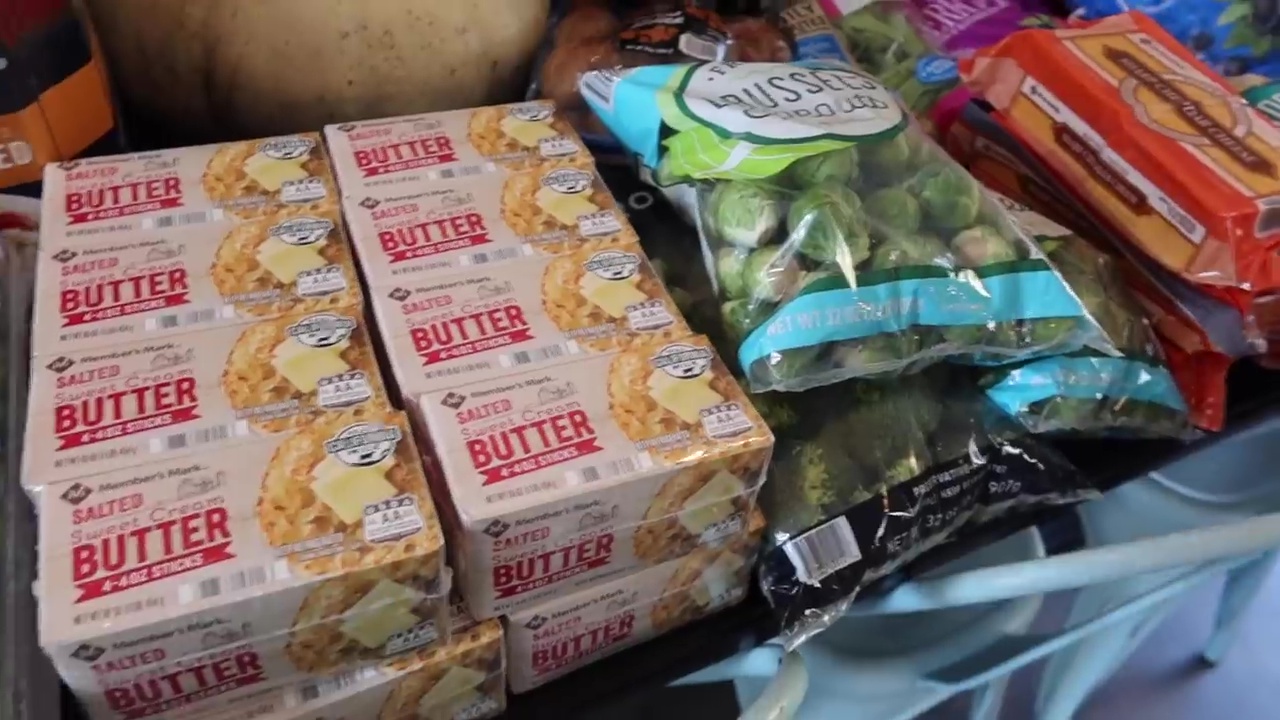 Sarah unpacked all the food, revealing 15lbs of grated cheese, which she puts into dishes such as casseroles and tacos, along with 126 slices of cheese and 96 string cheeses. 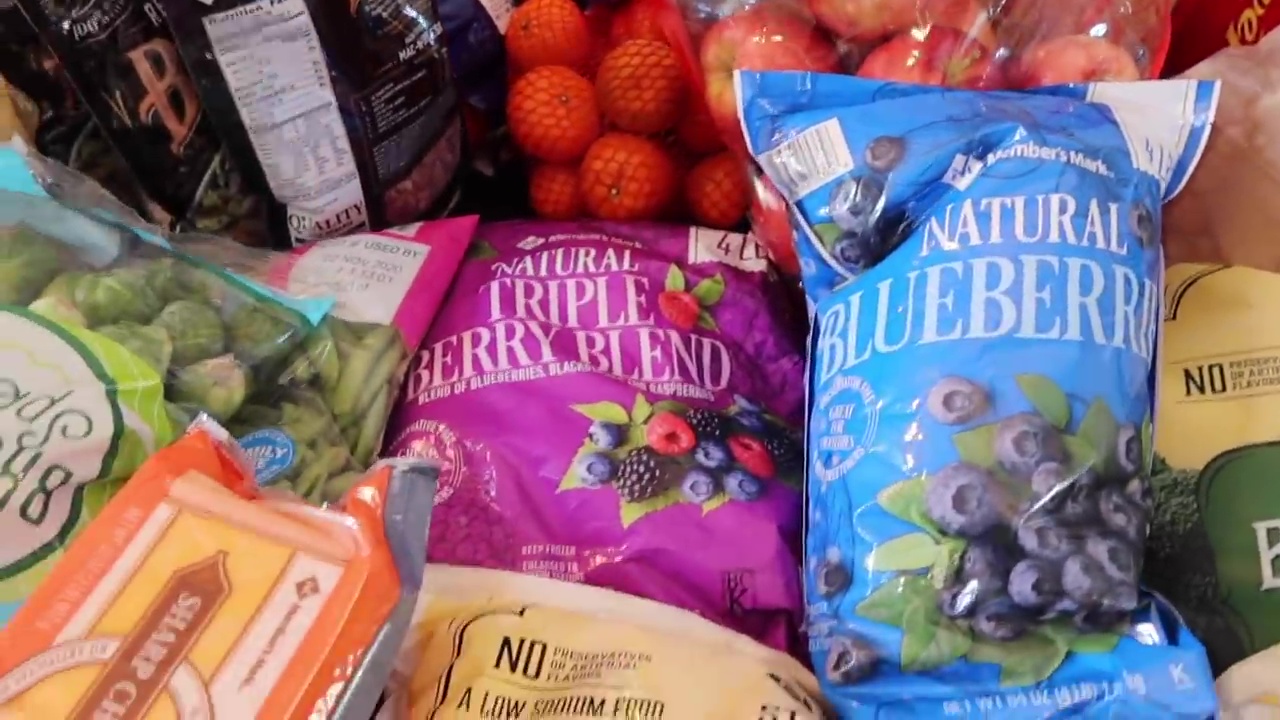 The mum got heaps of meat in her shop, despite saying: “We have a whole cow in our freezer, but we’re going through it pretty fast.”

The family love their bread and sandwiches too, as Sarah shows five bags of naan bread, 16 loaves of bread, 10 bags of bagels, five bags of tortilla wraps, revealing “we go through 100 of them every month”.

Sarah also picked up 180 eggs, in boxes of 60, but said: “We’ve got three large boxes of eggs, we’ve actually been going through four of those a month.

“I just don’t have the fridge room for four, so I’ll have to go back and pick up another one.” 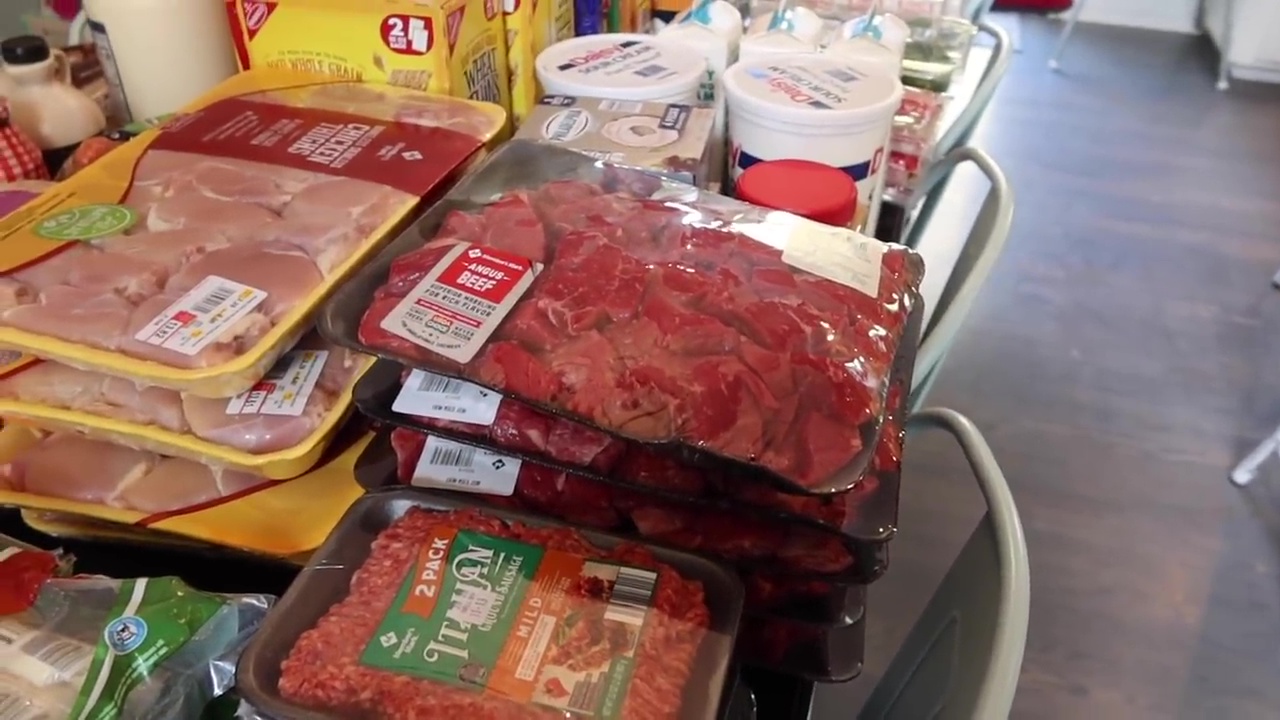 She also grabbed eight boxes of pasta, 12 jars of pasta sauce – revealing that was the store limit – as she added: “Sorry to whoever came after me, I hope they still had plenty.”

Sarah made sure to stock up on fruit and vegetables as well, showing off four bags of small oranges which she says will be “gone in two days”, two bags of big oranges, two bags of apples and six bunches of bananas.

But she revealed all the fruit cost her $70 alone, as she said: “That’s what fresh fruit costs us.”

She made sure to get veggies too, showing huge frozen bags of green beans, broccoli, cauliflower, and mixed vegetables, as well as fresh bags of Brussel sprouts, broccoli and sugar snaps. 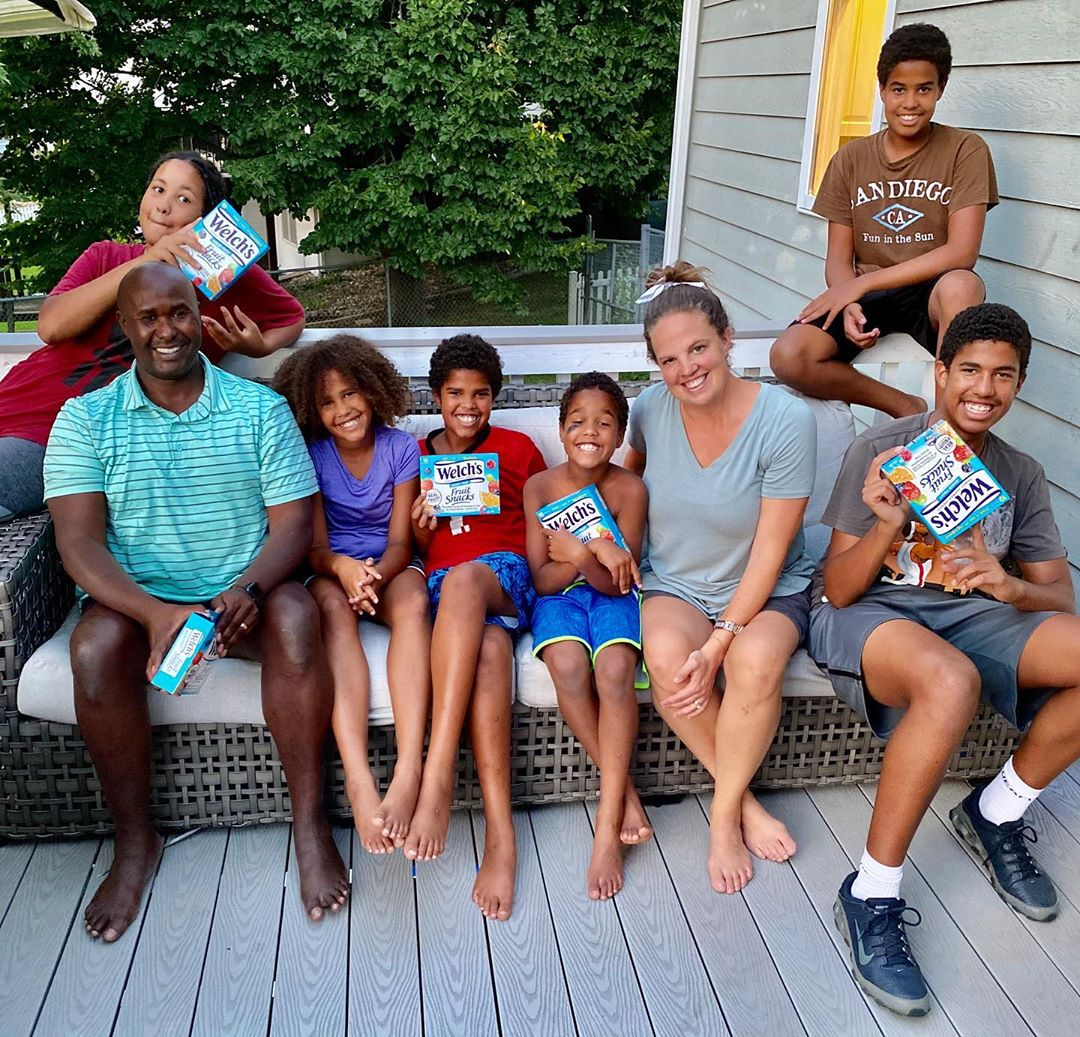 That’s not all she freezes, as she bought 16 blocks of butter, although she says she goes through around ten a month, then freezes the rest.

After totting up everything she bought from various stores, Sarah says she spent $1,170 in total, which is bang on budget for her.

And she makes sure to pop extras in her pantry, saying: “That leaves me a little bit for the mid-month, but I was able to get things for storage.

“There’s a lot of things I don’t have to buy every time I go to the store, we have a lot of rice, beans, tomato sauce.” 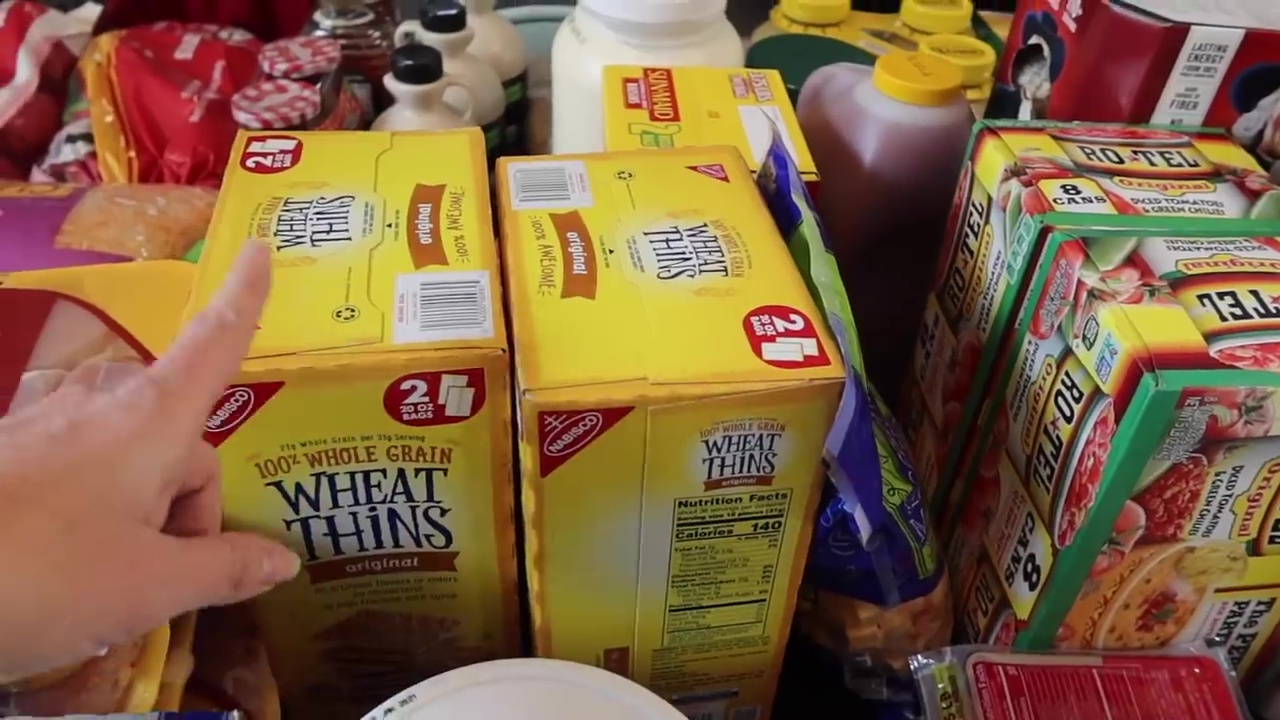 And this month Sarah tried something new, writing down all the meals for the month so “we can cross them off as we go”.

She explained: “That way the kids can see exactly what is left in the week, it doesn’t matter what day they eat what.

“Dinners we’ll just cross them off as we go, we’ve got them all written down here.”

While this mum-of-16 shows what it takes to feed a huge family as she picks up a ‘small’ shop of 4kg of chicken & 21 pints of milk.

Plus a thrifty mum shares easy meal planner which has saved her family-of-five £360 a month on food.

And this savvy shopper shares £20 shopping list she claims will feed two people for a WEEK – but not everyone’s convinced.