AS a parent, it's basically your job to tell your child that every drawing they do is the best thing you've ever seen.

But when Claire Lowe's son proudly handed her his adorable picture of a bat, the mum couldn't help but chuckle. 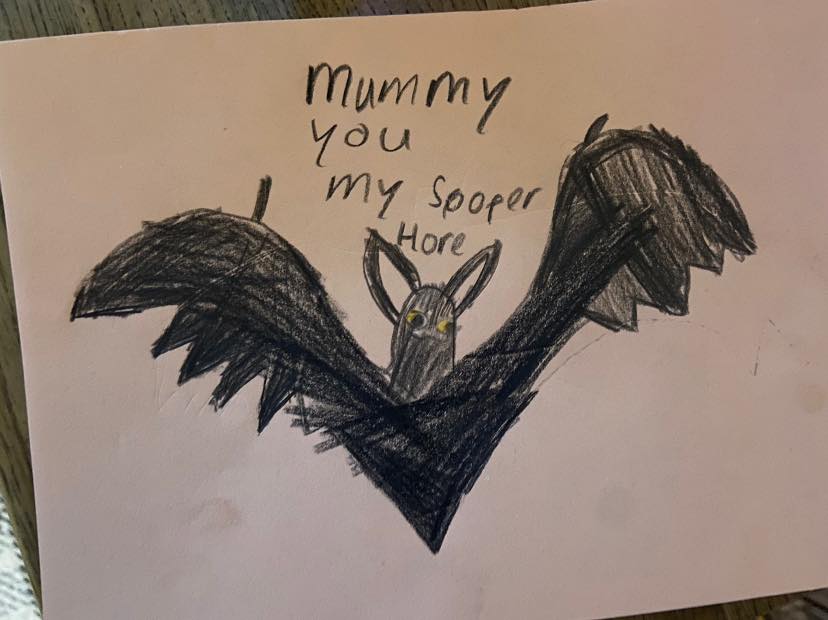 Last month, the mum-of-four posted a photo of her son's drawing on the Facebook group Family Lowdown Tips & Ideas.

Above his drawing, Claire's son had written a sweet message to his mum.

As he gave her his work of art, the little boy said: "Mummy you're my super hero!!

"I think I spelt hero right."

She joked: "Not quite my son."

Needless to say, the hilarious drawing was a hit with other parents in the group.

One replied: "Awww bless him! I once told my mum she was a witch when I was younger, only I spelt it 'which'!"

"I was mortified trying to stop him and then noticed a rocking horse in their front room."

Meanwhile, a third wrote: "My friend wrote a birthday card to her son. Unfortunately, her spelling is terrible and she wrote 'to my pervert son' instead of perfect and, of course, we won't ever let her forget it!!"

For more parenting stories, this mum panicked after her breast milk turns PINK ‘like milkshake’ – but discovered the fascinating reason as to why.

And this mum shared an easy parenting hacks to help with potty training – including a genius bed sheet tip.

Plus this mum was in hysterics after toddler drew a hilarious picture of her with NINE boobs at nursery.