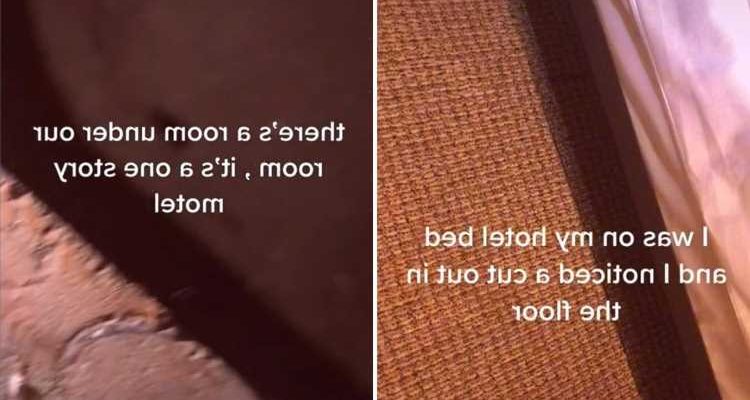 A WOMAN has revealed she found a second living space under the floor of her motel room.

She feared she would find something scary. 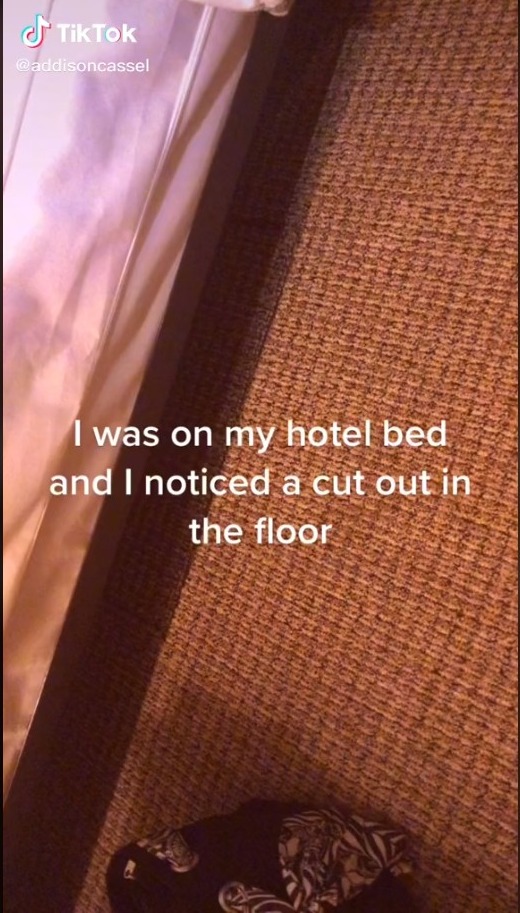 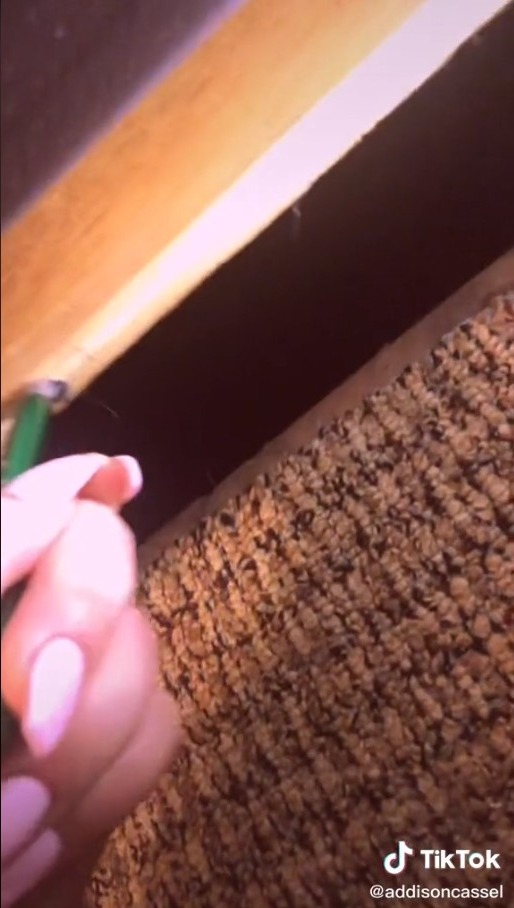 Addison Cassel was staying at a motel with her grandmother when the two noticed something off.

The TikTok star shared a video of the moment where she got down under her bed, flashlight illuminating the space, as she began to pry at the carpet.

"I was on my hotel bed when I noticed a cut-out in the floor," she said.

"Me and my grandma got it opened. There were two layers covering it."

Indeed, the two had to remove the carpet as well as a wooden plank that came off easily.

"There's a room under our room, it's a one-floor motel," she revealed.

In a series of follow-up videos, Cassel shut down the idea that it was a plumbing space because she didn't see any wires or plumbing.

She revealed: "I can't see the end of the room, which freaks me out. It even went under the door separating our room from others."

Of course, Cassel's fear is totally valid. Back in March 2021, a woman discovered an entire apartment behind her bathroom mirror.

New York-based Samantha Hartsoe made four TikTok videos documenting the rather chilling discovery and said she found the space after she realized her bathroom had an unusual draft.

Showing how her hair was blowing slightly as she stood in the doorway, she said: “So I walk into the bathroom and I feel cold air blowing on me.”

After running her hand over the bathroom vent and any possible holes, Samantha quickly noticed the draft was coming from the mirror.

Sounding spooked, she added: “I realized the mirror moves, let me show you what I found.

“There’s a room back there.”

In her second video, Samantha took her mirror away to show a dark and creepy-looking apartment lying behind a hole in the wall.

Her friend John can be heard nervously saying: “What if there is someone living in there right now?”

He then made a reference to the Oscar-winning thriller movie Parasite, where a man is discovered as having lived in a secret room in a wealthy family’s home for years.

Samantha then decides to be brave and heads through the hole to take a closer look.

Inside, she finds what appears to be an abandoned lounge with a discarded toilet and some rubbish bags on the floor.

Through the hole, John helpfully calls: “If you smell something dying.”

She also finds “signs of life” with a water bottle that has been left by the previous inhabitant or workman.

Samantha adds that the dark apartment, which she is exploring with a torch, is freezing.

There’s even a creepy basement that looks filled with rubbish and in need of renovation.

Clearly done with her adventure, Samantha heads back to the comfort and safety of her own flat through the hole in the wall.

She finished her videos by saying: “Made it out alive. My landlord will be getting a fun phone call tomorrow.” 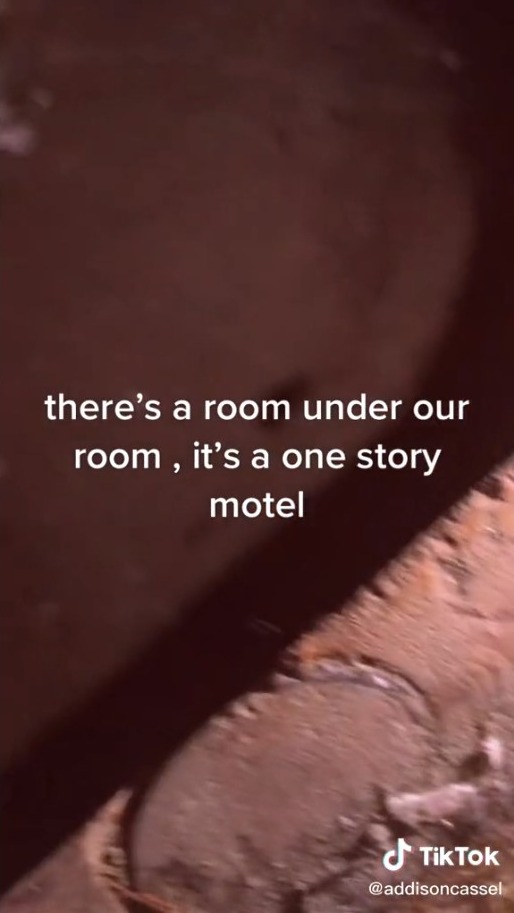