THIS mind-boggling brainteaser is driving people "crazy" as it shows how your brain ignores some pretty obvious details.

Doctor and TikTok user Dr Karan Rajan, whose built up a following thanks to his easy-to-understand medical advice, shared the optical illusion, admitting "your life is a lie". 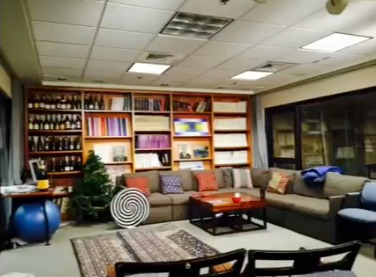 In the clip, the popular doctor says: "Watch this picture of the waiting room of a science lab and spot the items that seem out of place.

"Over the next 20 seconds, I’ll show you how your brain just misses obvious information that’s right in front of your eyes."

He goes on to explain that this is known as "change blindness".

In the picture of the waiting room, there's bookcases covering one wall, a corner sofa, a coffee table, a giant blue exercise ball and even a Christmas tree., 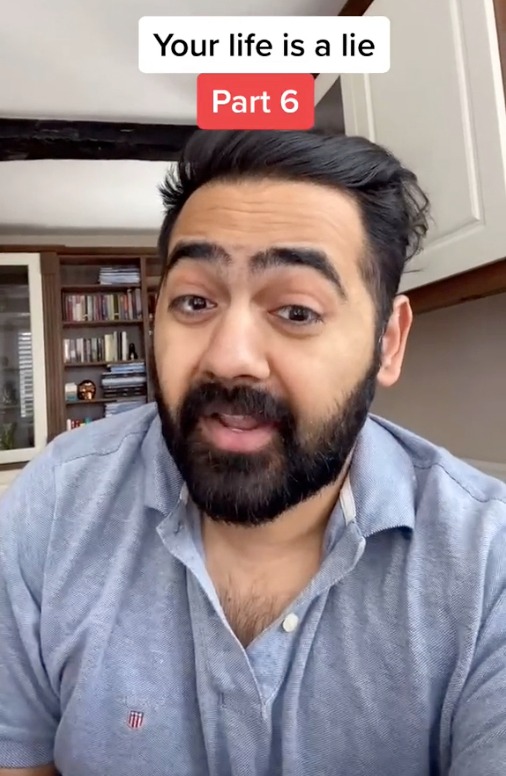 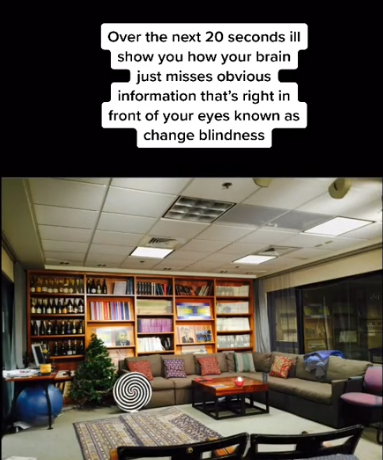 There's also a huge black and white swirl, which, naturally, your eyes are drawn to.

After 20 seconds, Dr Karan reveals thatmany of the objects in the picture had actually moved – and you probably didn't even notice.

The blue ball, for example, is missing entirely, while ceiling tiles have disappeared.

The Christmas tree has turned around, and the books have been moved to another part of the bookshelf. 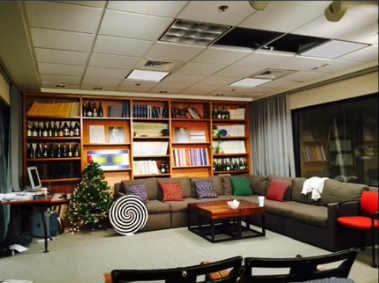 According to Dr Karan, there are more than a dozen changes that occur in this time frame but our brains just don’t notice them.

He says: "This highlights the limits of human attention… that’s actually a good thing.

"If you tried to press everything in your visual spectrum you would go insane."

The video has now been watched more than 1.5 million times since it was uploaded on last week and people's minds are seriously blown.

It seems most viewers fell for the illusion and completely missed the the items that had moved. 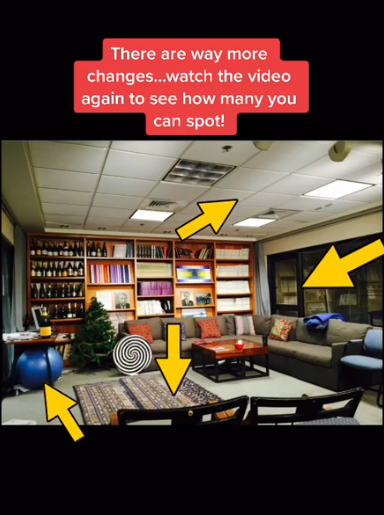 One said: "This is crazy and why memory is not infallible in a court of law!"

A second viewer said: "Makes me uneasy I didn’t notice any changes at first!"

Another added: "Even after watching it again I still missed the changes."

And a fourth wrote: "Each time I watch it there is just more obvious stuff that I had missed."

So how did you go?

Meanwhile, this woman is horrified after her ‘cute’ bikini snap goes viral for showing ‘penis’.

Previously, these funny optical illusions look VERY rude – can you work out what’s really going on?

And viral ‘spinning house’ optical illusion leaves people stumped – so can YOU work it out?