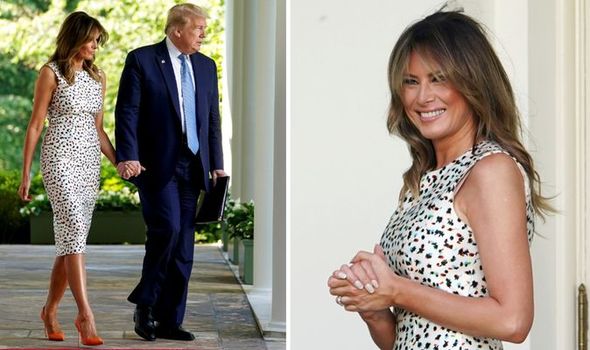 Melania Trump is well known for her fashionable appearances, and yesterday was no exception. She and President Donald Trump held a White House event to recognise those who have helped with America’s coronavirus pandemic response. The pair met Girl Scouts, nurses and small business owners in the White House Rose Garden.

Melania looked as stylish as ever for the ceremony.

The First Lady sported a patterned midi dress on Friday.

The sleeveless sheath dress was by Jason Wu – a Taiwanese-Canadian fashion designer based in New York City.

It clung to her form, emphasising her impressive physique. 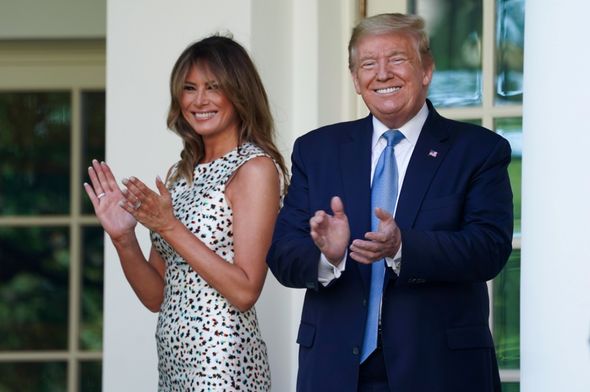 The dress cinched in at the waist in a flattering style.

The figure-hugging dress was white but boasted a simple pattern with flecks of blue, black and red.

Stopping below her knee, the number showcased her enviable summer tan.

She kept her legs bare for the outing, elongating them further with a pair of heels.

The orange stilettos boasted a pointed toe and added a vibrant pop of colour to her look.

Melania kept her nails simple with a nude coat of nail polish.

She kept her locks in a gentle wave around her shoulder. 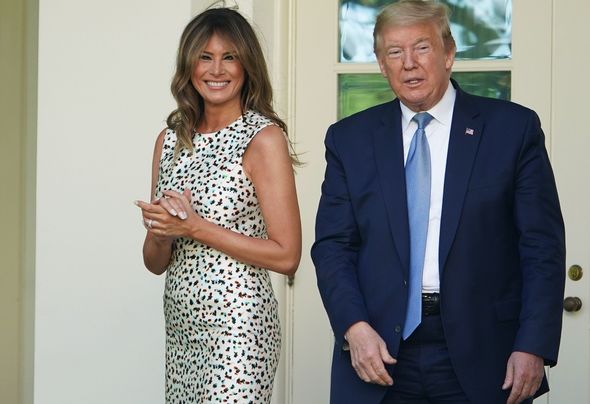 However, many people were concerned by what Melania Trump wasn’t wearing for the White House event – a face mask.

Both she and Donald went on to be slammed for their lack of face covering.

However, she appeared to be going against her own advice yesterday. 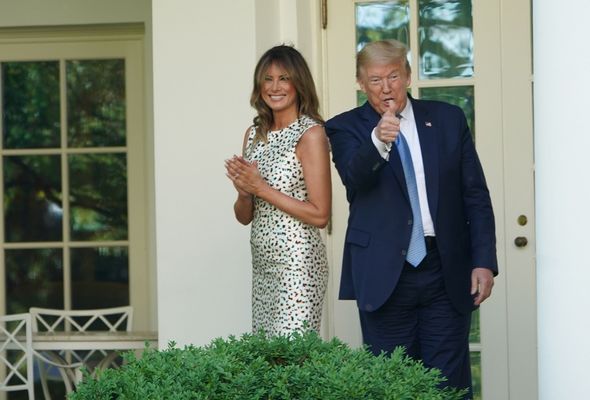 Social media users responded to Melania’s tweets with outrage as she did not wear any face coverings.

One user responded: “How about being compassionate enough toward the Girl Scouts to wear a mask?”

While another user from Florida posted: “Why aren’t you wearing a mask?”

One person from New York responded: “That little girl was the only smart person there wearing a mask.”