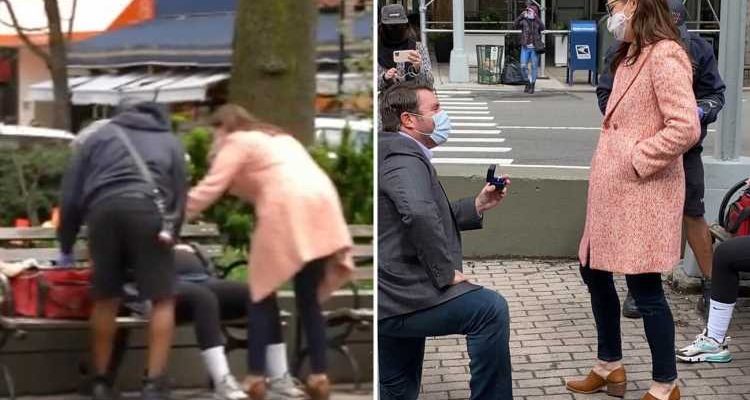 A MAN decided to go above and beyond when proposing to his nurse girlfriend, by staging a fake “emergency” involving a woman seeming to go into labour.

New York-based Mike Matthews told I Love the Upper West Side that his now-fiancée, Amy Marshall, runs the labour department at her hospital. 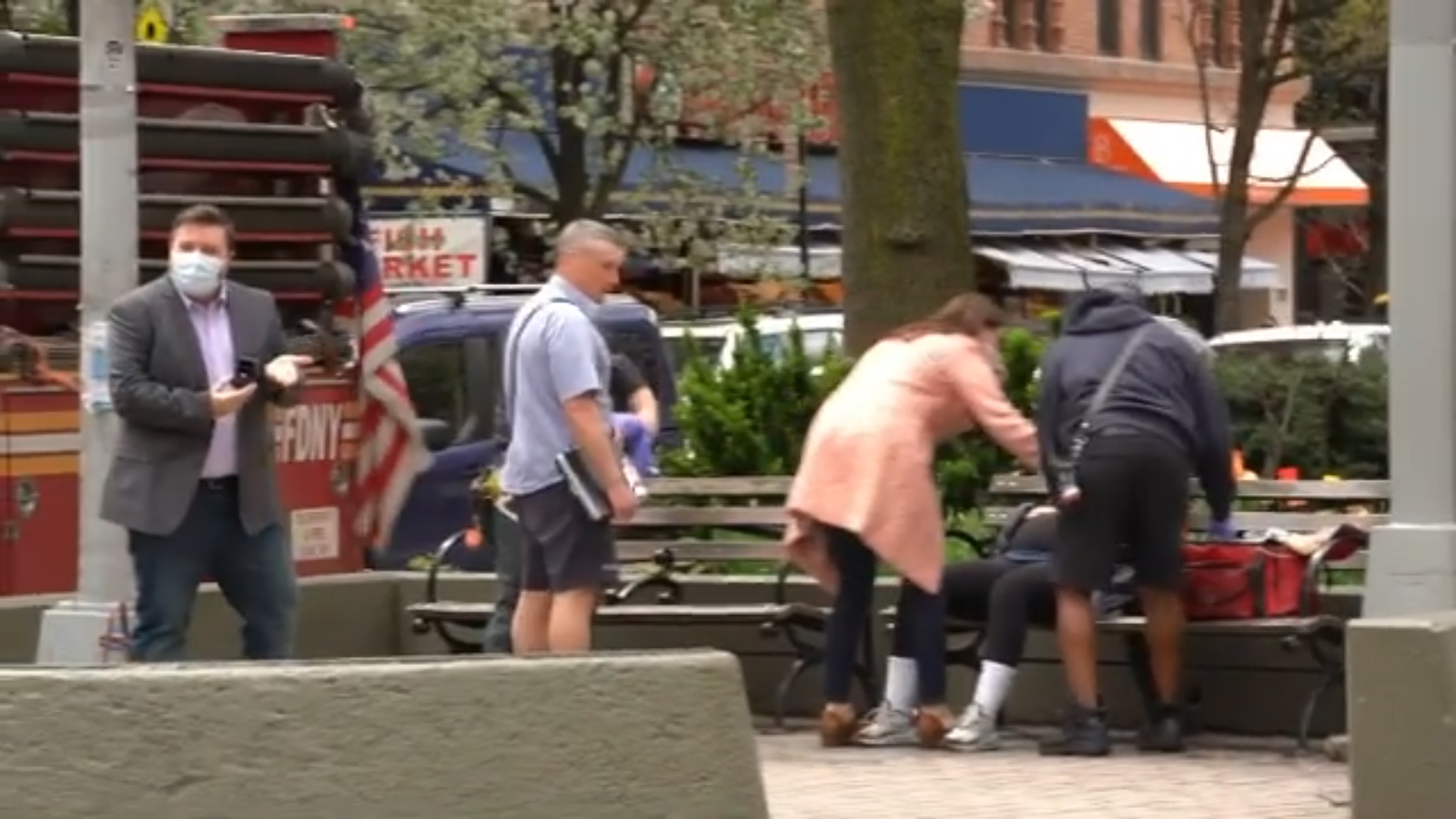 He decided the unusual way he wanted to pop the question was by getting his pregnant friend to wear a disguise and pretend to go into labour – so Amy would rush to help.

Mike also enlisted help from the local fire department in his elaborate proposal.

Mike and Amy were technically already engaged with their wedding planned for May, but he was yet to formally ask her or give her a ring.

He explained to Patch: “She was semi-mad at me because who does engagement photos WITHOUT BEING ENGAGED!” 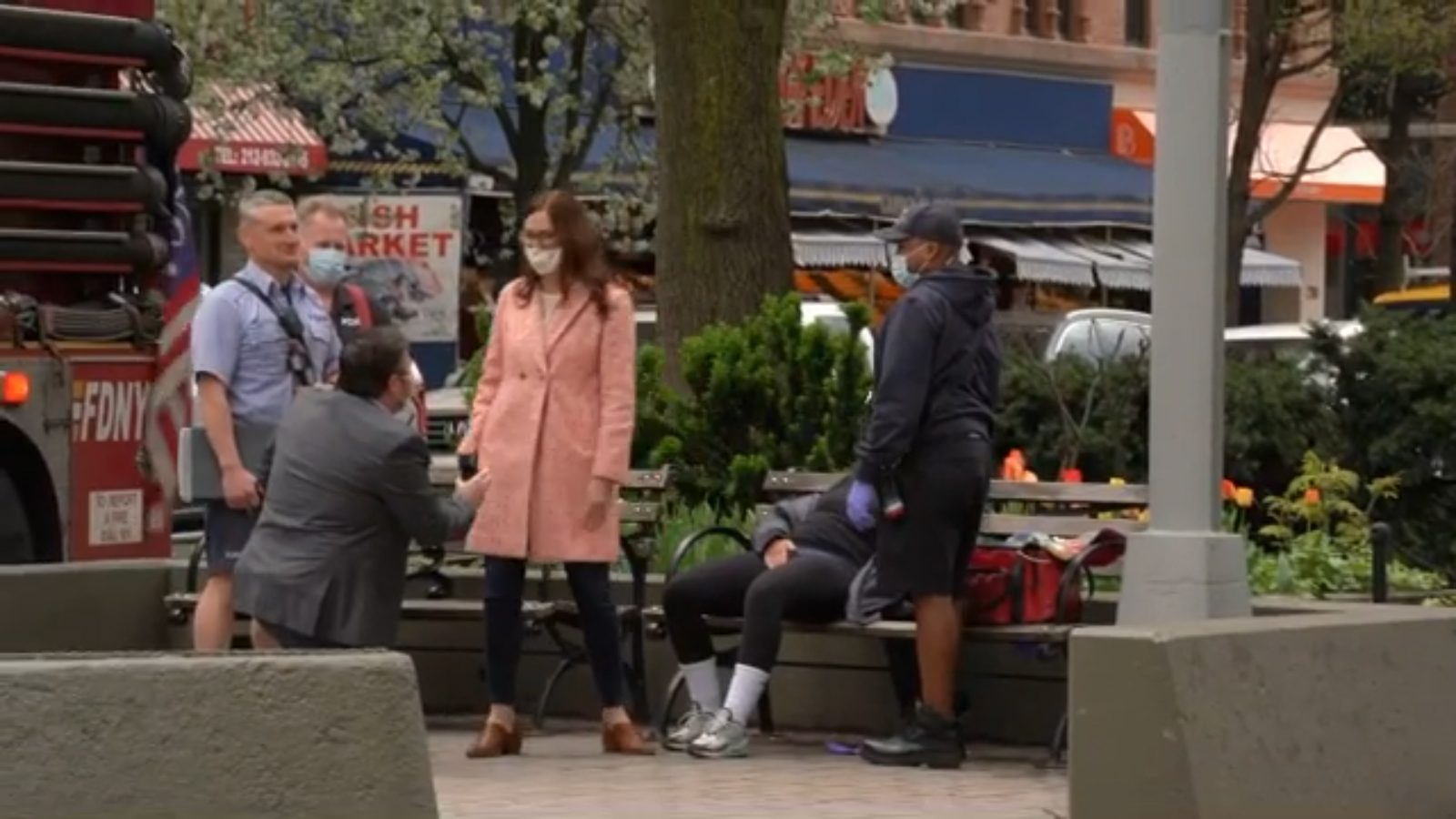 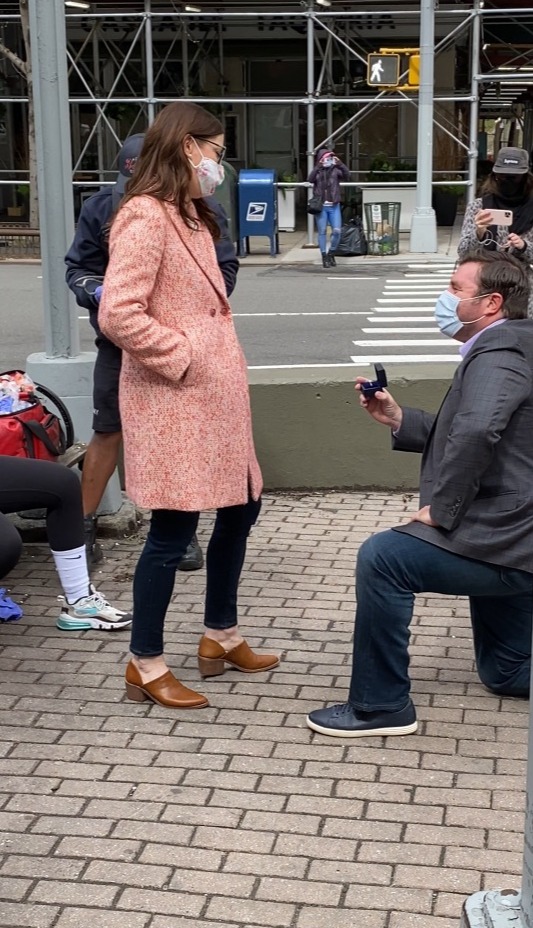 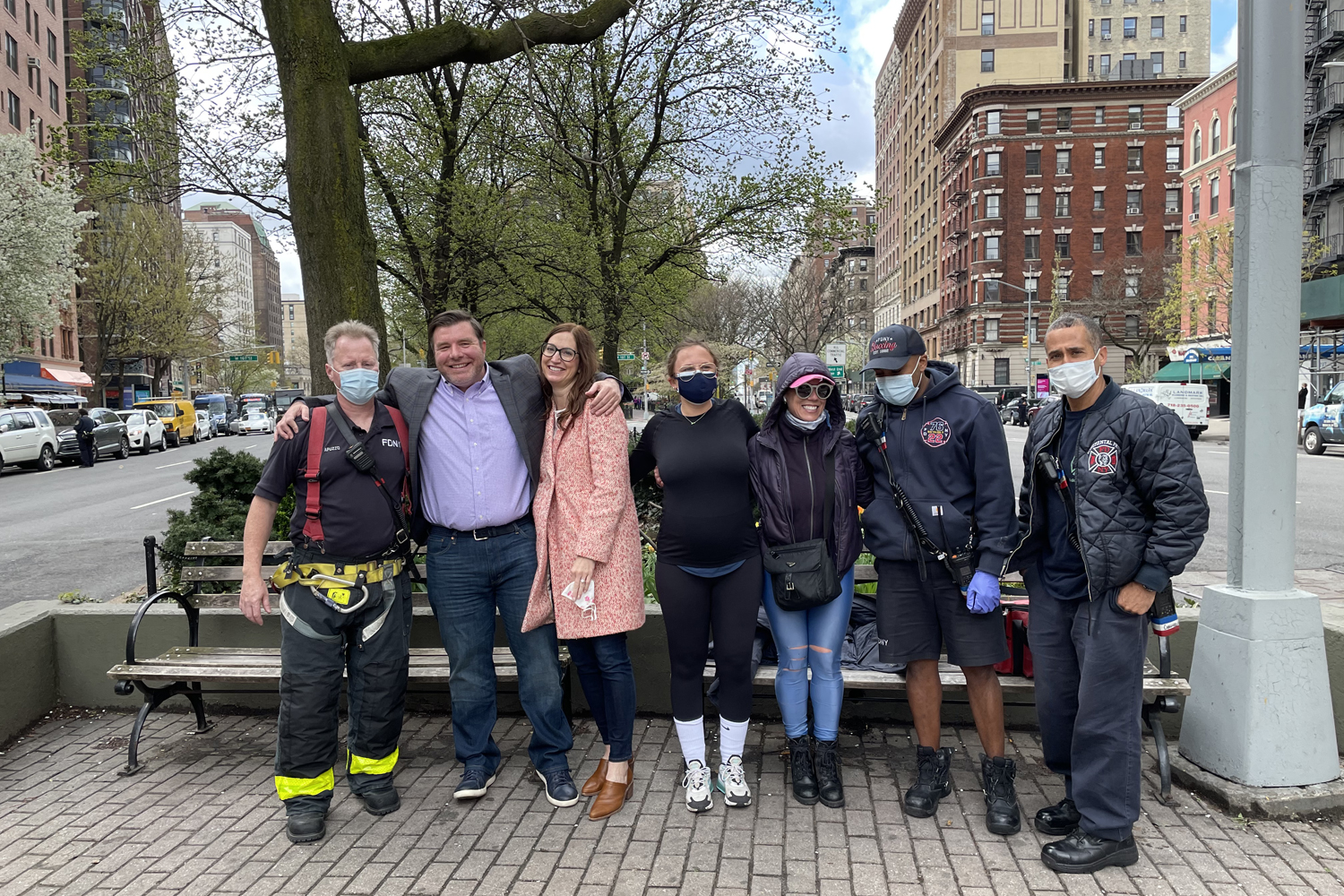 “She always walks around New York City, and she's never had a medical emergency happen on the street, at a restaurant, someone getting hit on their bike, where she has to run up and help them, which she would know what to do.

“Whereas I see things and I don't know what to do. It always blows my mind. Like how has that not happened to you yet? So that was the premise.”

Mike added the fire department were more than happy to help with his fake-labour proposal.

He said: “I literally just knocked on the door and explained what I wanted to do.

“One of the FDNY firemen's mother was a nurse for 30 years so he had a sort of sweet spot for it.” 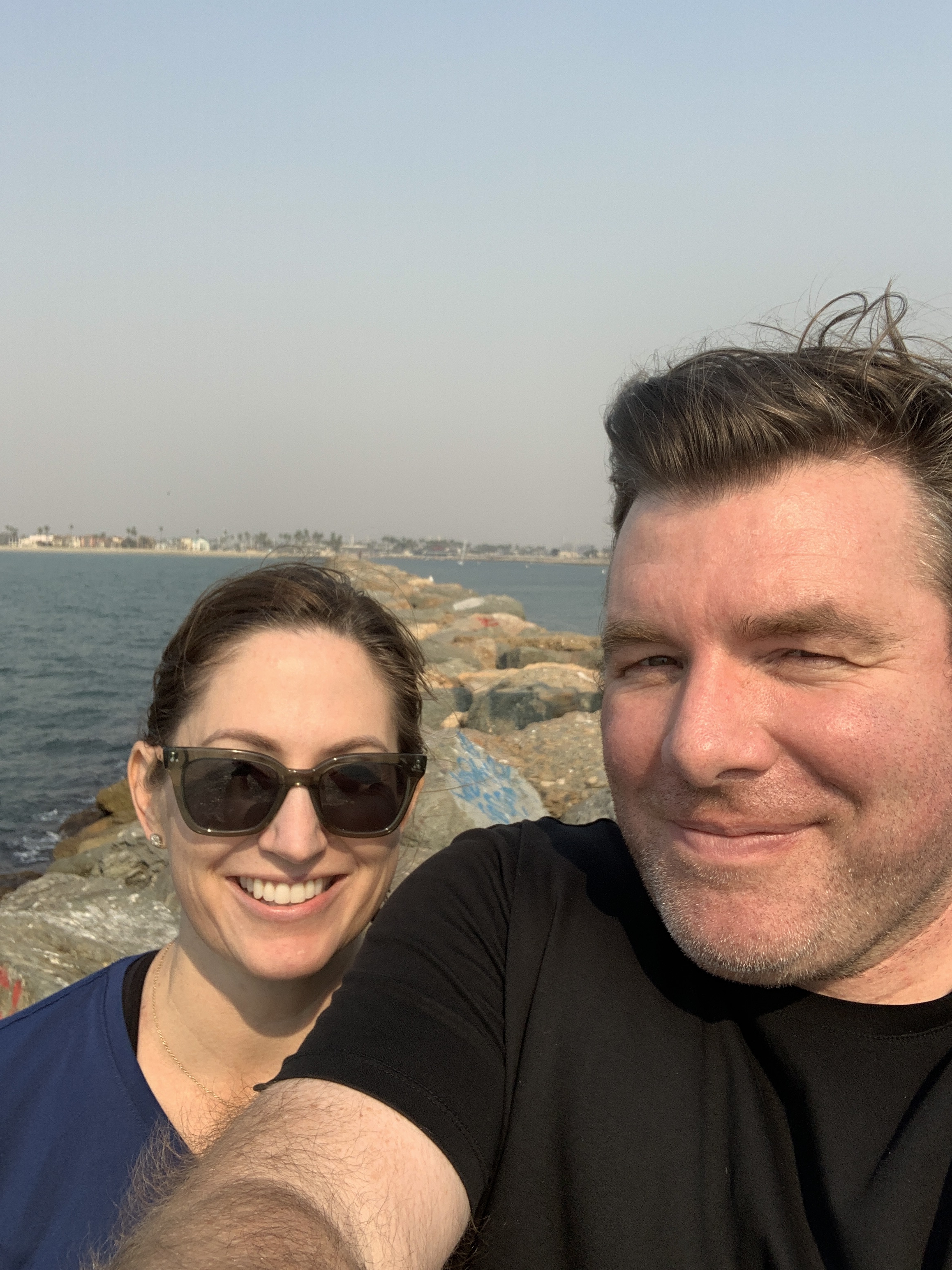 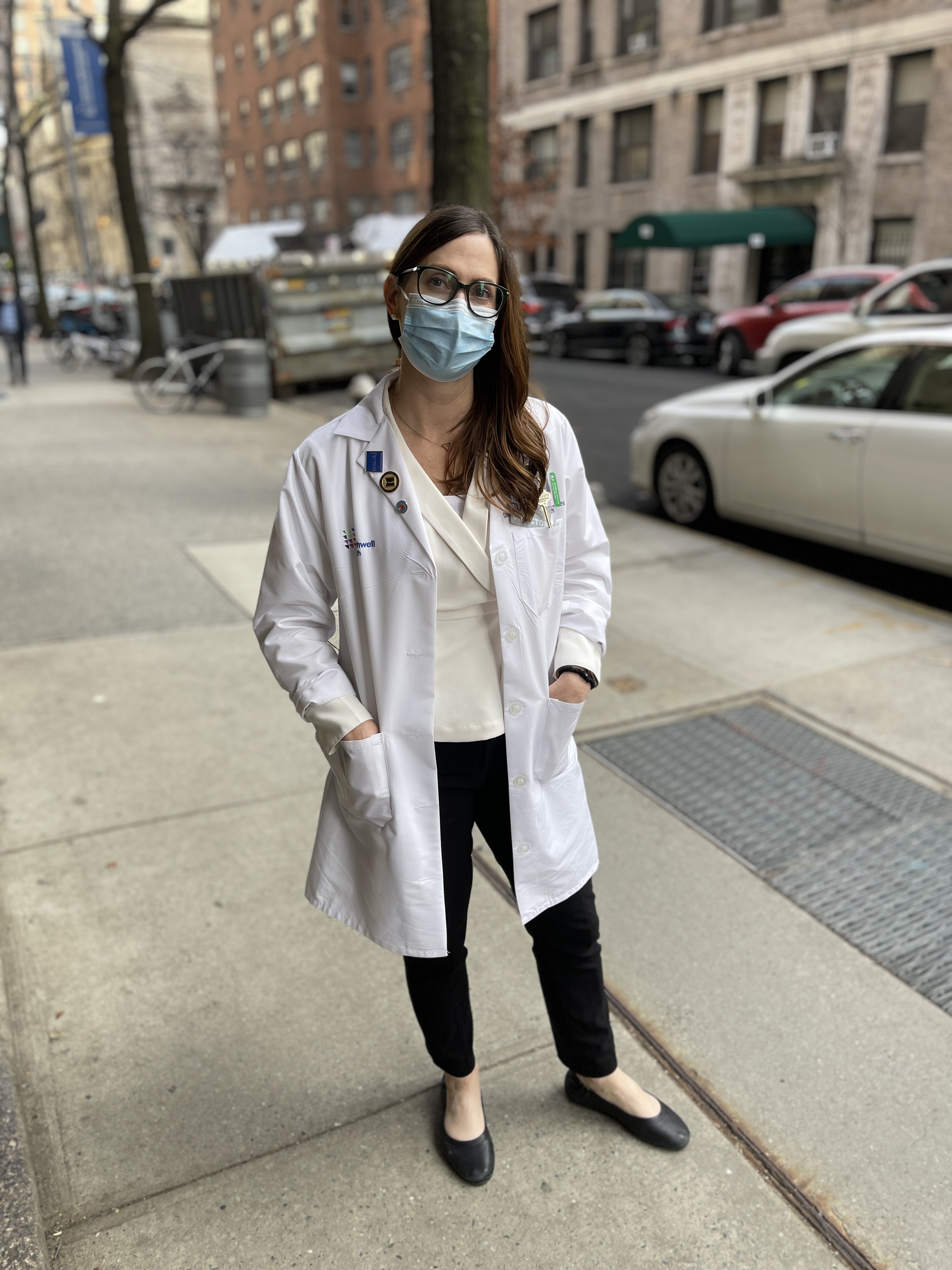 The proposal took place on April 16, and Mike started off by showing Amy a fake screenshot from Citizen app, which lets users track local crime, as they were out getting bagels.

It showed that a woman was going into labour nearby, so the couple headed over to see if Amy could help.

When they reached the woman, she was in a “panic” on a bench, with firefighters nearby. 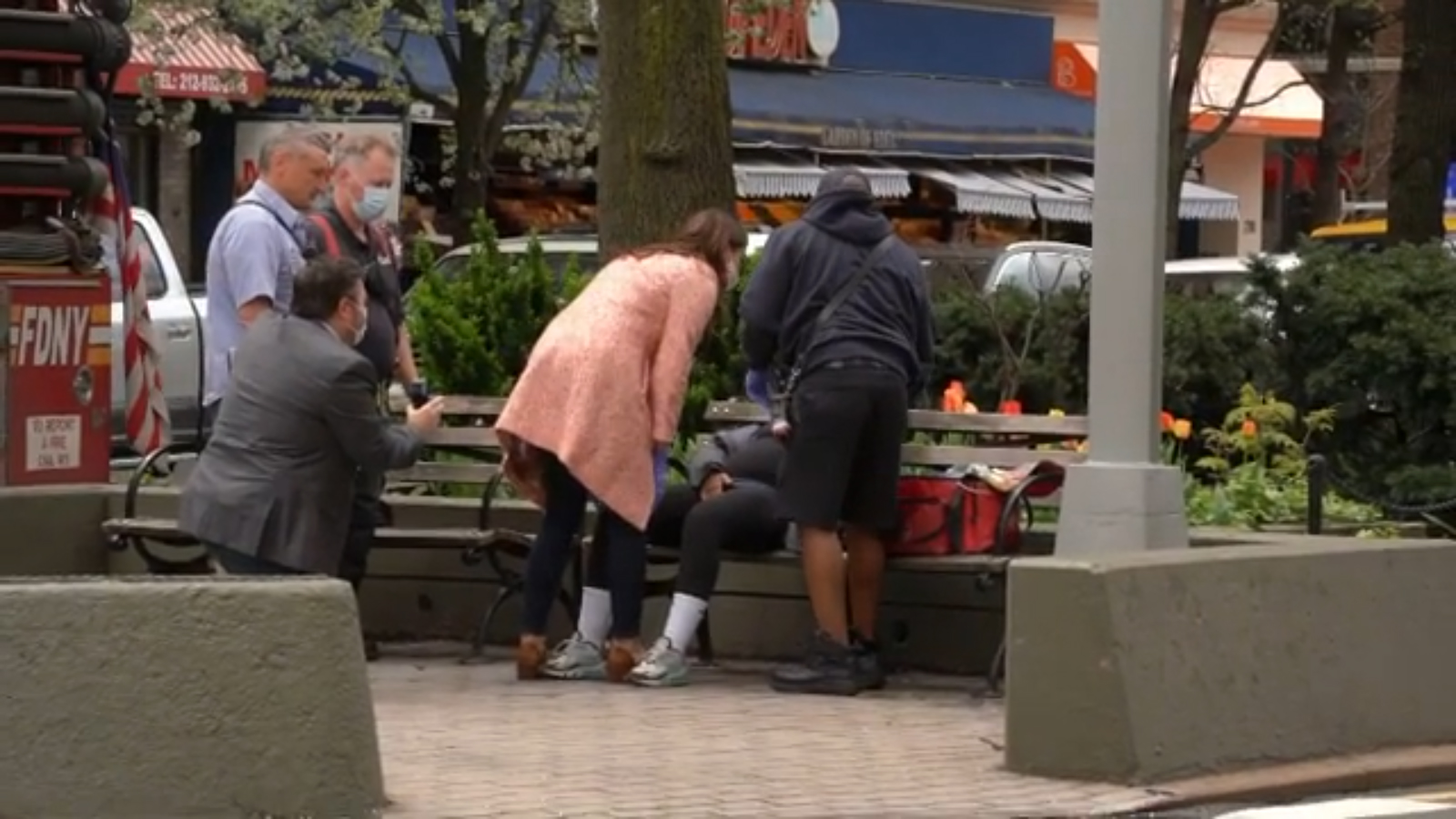 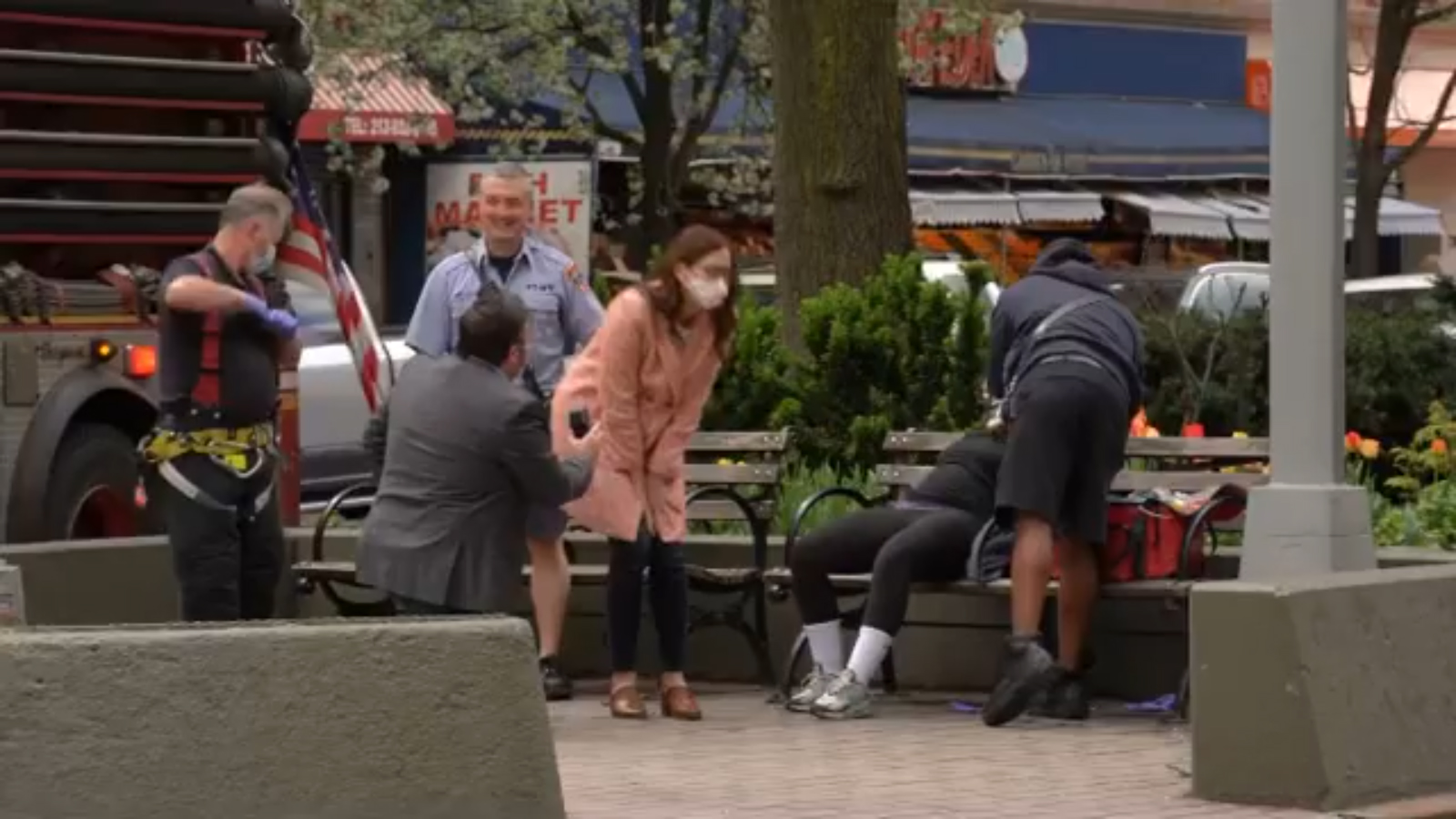 “So I'm like, ‘Okay, she thinks this is real, and she's going to do this thing, she doesn't care about her nails, her makeup, anything anymore.’

“My biggest regret was not recording the audio.

“I mean, there was yelling, screaming, and Amy was about to take [the other woman's] pants off and deliver this baby! My friend literally had to tell her ‘not yet!’ and that’s when she turned around.”

When Amy turned round, Mike was down holding up a diamond ring and was down on one knee.

Then, she realised the whole scenario was staged and stripped her gloves off in exasperation. 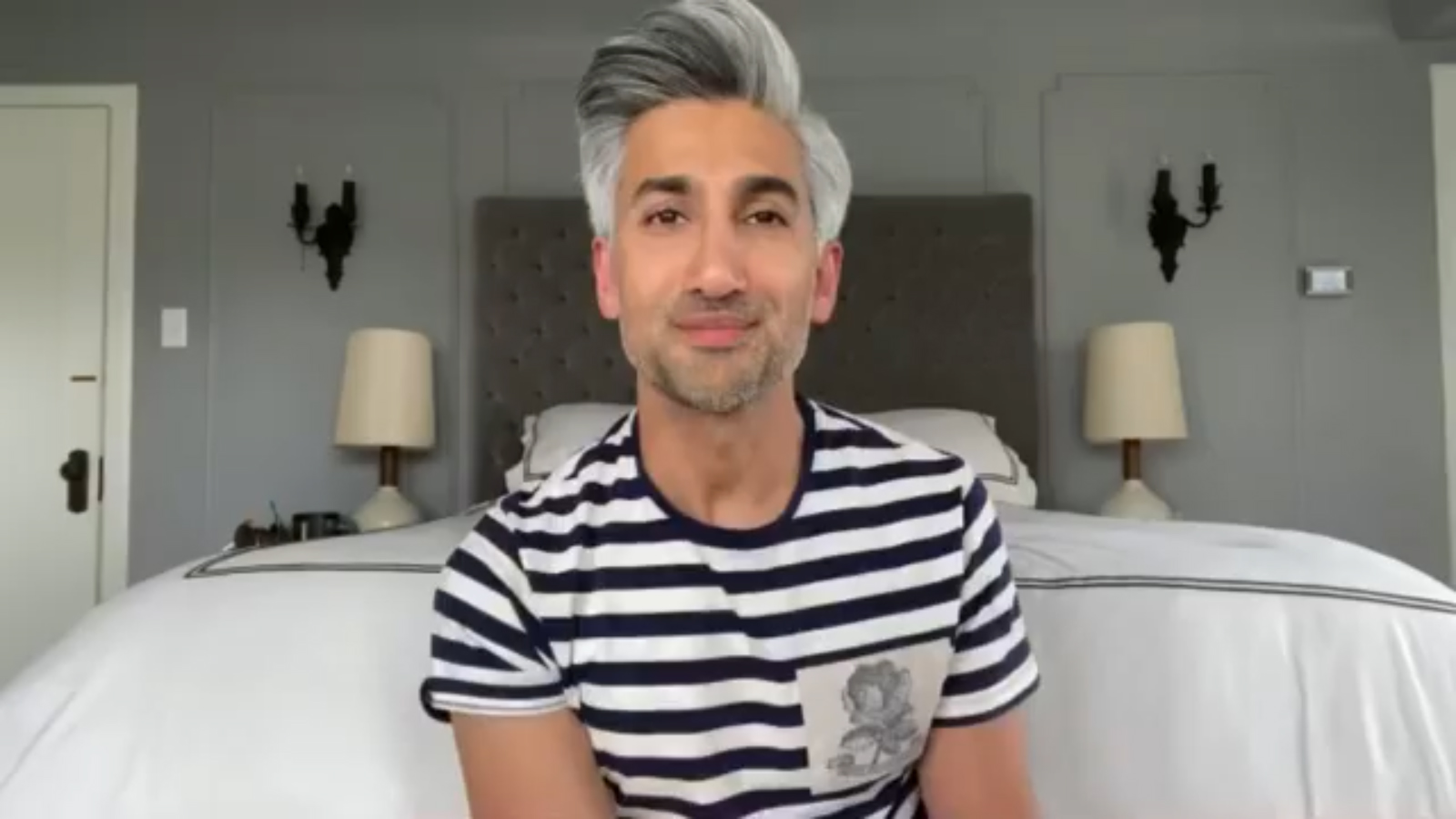 Mike said: “I made her think she was delivering a baby in the middle of a street and she still loves me and I love her, so this is going to work out.”

He also arranged for a personal video from Queer Eye's Tan France apologising for the unusual proposal.

Meanwhile, a Disneyworld proposal ridiculed as couple get engaged in front of the castle as another bloke proposes in the background.

Meanwhile this mother-of-the groom wears a ‘wedding dress’ to her son’s big day & people reckon she looks just like the bride.

Plus guests were horrified as a wedding descends into carnage with the bride brawling in a field & guests passed out on the floor.