A YOUNG boy was in for a not-so-sweet treat on his birthday.

A video shows the boy getting ready to blow out his candles only to have his face smashed into his Teenage Mutant Ninja Turtles cake presumably by his mother. 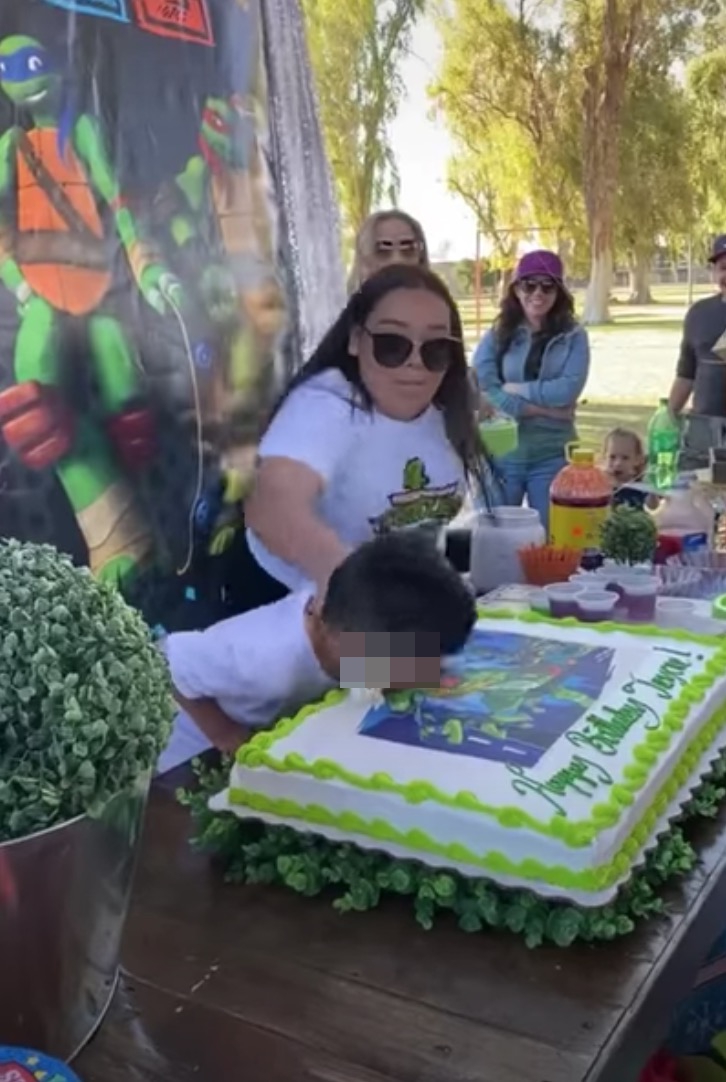 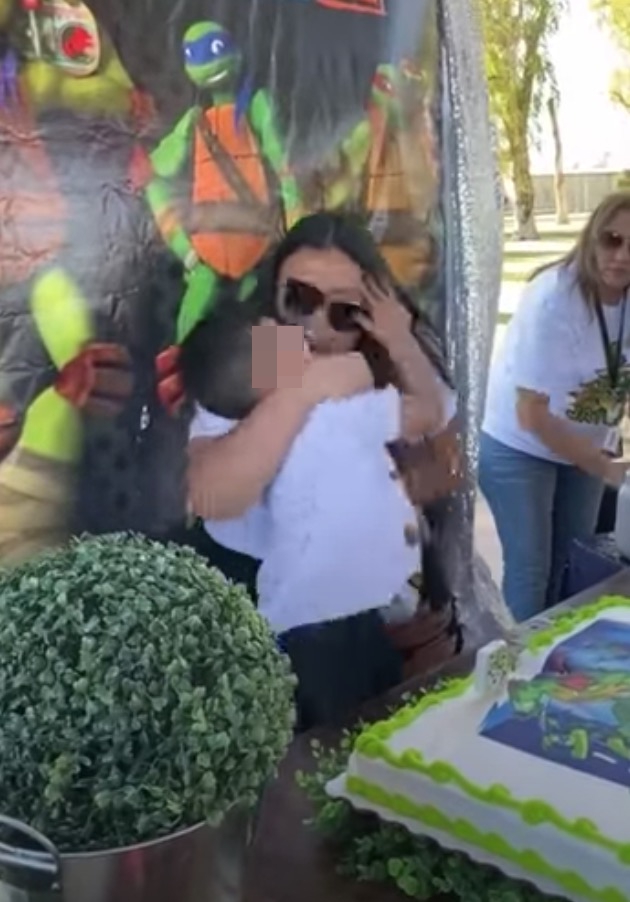 In response, the boy had a total meltdown.

At first, he wiped the cake off his face and threw it at his mother.

Once the boy started angrily stomping his feet on the ground, his mother tried consoling him – but he was not having it.

The boy proceeded to strike his mother in the face, knocking her sunglasses off.

He then took his anger out on the sizable cake, and started digging his hands into it and pushing it away, nearly knocking it off the table.

Right before the video concluded, the laughing mother grabbed the boy and took him to the side.

The boy looked less than pleased, and while some might shame him for reacting in such a way, the internet seems to be rallying behind him.

“Seriously. Stop embarrassing kids for your amusement. And everyone. Why is it okay to embarrass someone then try to vilify when they act like this?

“I hate being embarrassed, especially in front of people. Why do it to someone else? Poor kid. I’m glad he reacted that way,” another person wrote in the kid’s defense.

A third user wrote that while it is certainly a tradition at big events, they believe people should never get a dessert slammed into their face at any age.

“Someone did it to me once (after a couple drinks) ruined the makeup and hair I was supposed to have on all night and I cried and went home after the party,” the sympathizing person recalled.

They also added that some cakes have support poles in them, so smashing a person’s face into one can be dangerous in addition to completely mood-ruining.

Others suggested that you should only slam a person’s head into a cake if you know they will enjoy it.

It’s safe to assume that this family member won’t ever push this child’s head into cake ever again. 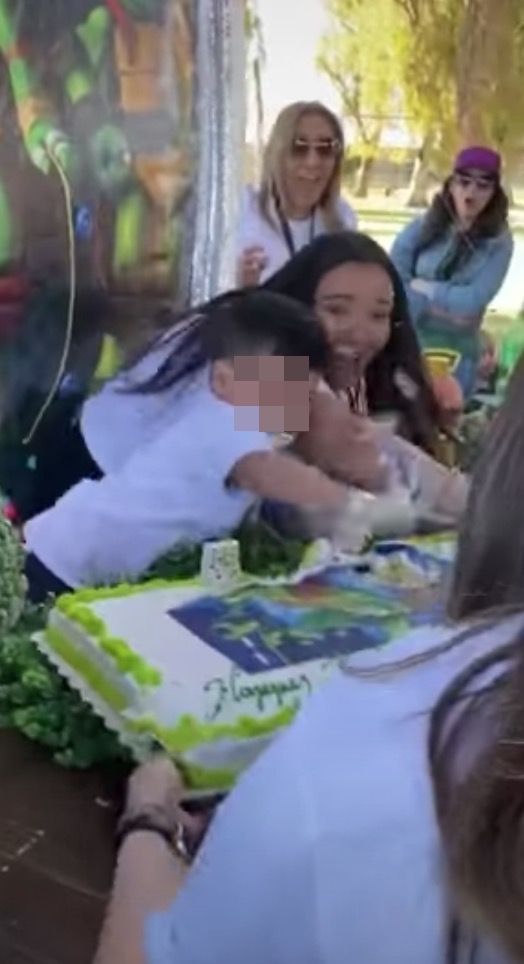