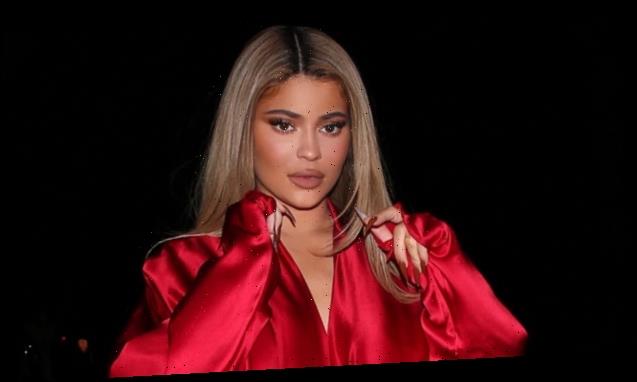 A wrap bikini for wrapped hair! Kylie Skin has launched a $20 hair drying towel, and so it was only fitting that Kylie Jenner modeled the new product in a wrap bikini. The 23-year-old makeup and skincare mogul kept her hair tucked into the towel while rocking a brown bikini with string ties wrapped around her toned waist, as seen in a photo shared on the company’s Instagram account on Jan. 12.

A post shared by Kylie Skin by Kylie Jenner (@kylieskin)

The last time we saw Kylie rocking a fit, she was filming for the last day of Keeping Up with the Kardashians! The longtime reality television star left a lasting impression in a Lara Croft-esque red braid and a creamy white outfit from Helmut Lang. She wore a trench coat from Zeynep Arcay to tie the outfit all together for the big day, which was quite emotional — Kylie’s mom, sisters, nieces, nephews, and others close to her family reunited for a big on-air lunch.

From filming KUWTK to promoting her beauty empire, it’s back to business for Kylie! She has recently returned from a snowy getaway in the Colorado ski resort town of Aspen, where she hit the slopes to snowboard with her sister Kendall Jenner and go skiing with her two-year-old daughter, Stormi Webster. Even Stormi’s dad, Travis Scott, joined the trip — but that doesn’t mean he was there as Kylie’s boyfriend.

“[Kylie and Travis are] enjoying a lot of family time before getting back to work in the new year,” a source EXCLUSIVELY told HollywoodLife at the beginning of January. The insider continued, “Neither one of them appear to be looking to date anyone else [right now], but they’re still not back together. Travis always planned on spending the holidays and New Year’s with Kylie and Stormi and he probably always will.”