IF YOU’VE ever loved KFC chicken so much you want to wear and smell like it, your chance may have arrived.

The fast food chain has today announced it has partnered up with iconic footwear brand Crocs to make the ultimate meat-scented shoe. 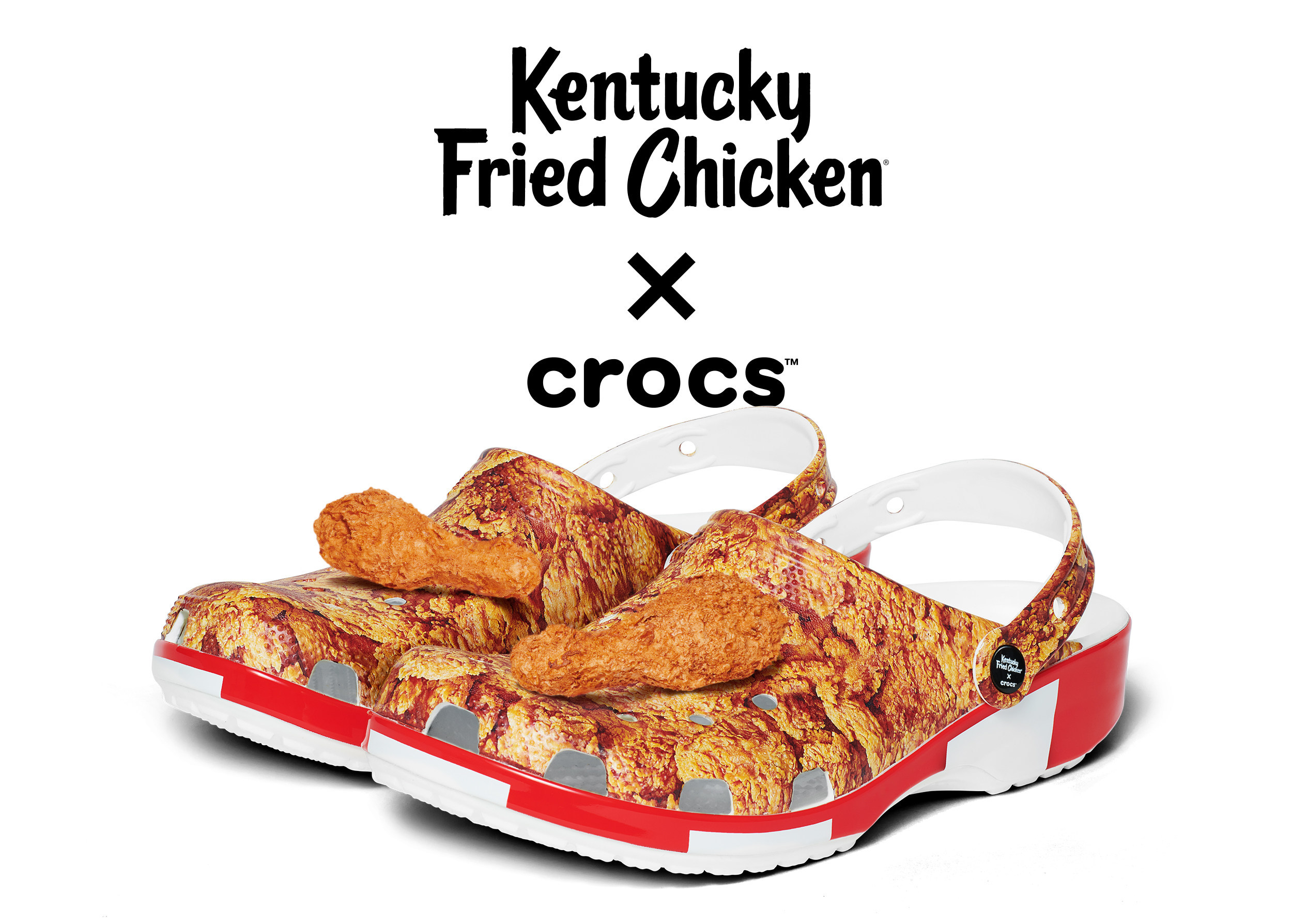 The jaw-dropping Kentucky Fried Chicken x Crocs Classic Clog has been created to spectacularly pay tribute to the wing chain.

The sole of the rubbery shoe is red and white striped – just like the recognisable buckets.

Meanwhile, the top of the KFC Crocs are covered in a finger lickin’ design featuring their famous fried chicken pieces that look good enough to eat.

And to really take the baffling creation to the next level, the shoes even come with a detachable drumstick charm to artfully place on the top which even smells like chicken. What more could you want? 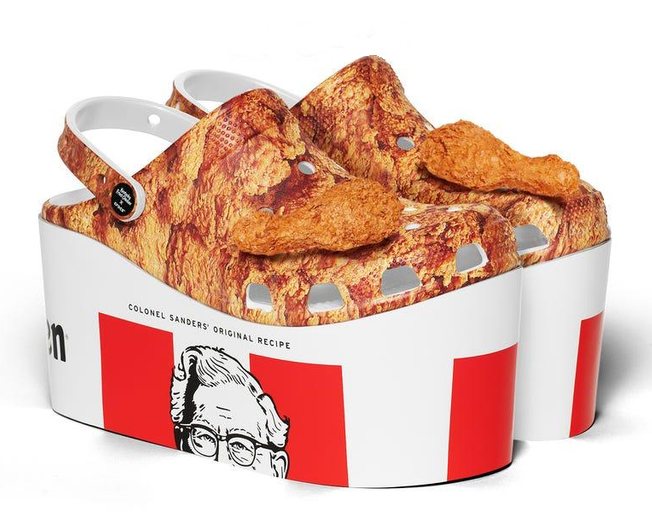 While you may be suspecting fowl play, the KFC Crocs are not an early April Fools prank, and will be available to buy in spring 2020.

For those bold enough to take the stand-out shoe under their wing, a pair will set you back £46.

They appear to be initially launching in the US, but UK shoppers could soon be going quackers for them too.

Andrea Zahumensky, KFC’s US CMO, said: “Combining the unmistakable look of our world-famous fried chicken and signature KFC bucket, with the unparalleled comfort and style of Crocs, these shoes are what fried chicken footwear dreams are made of.” 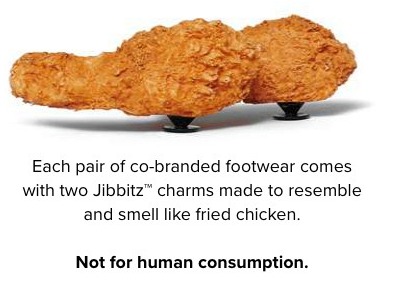 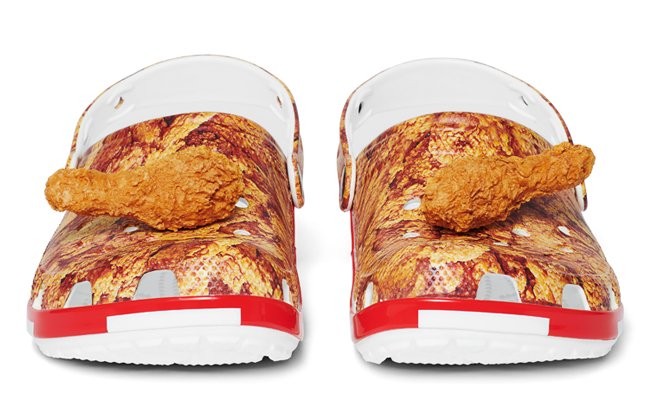 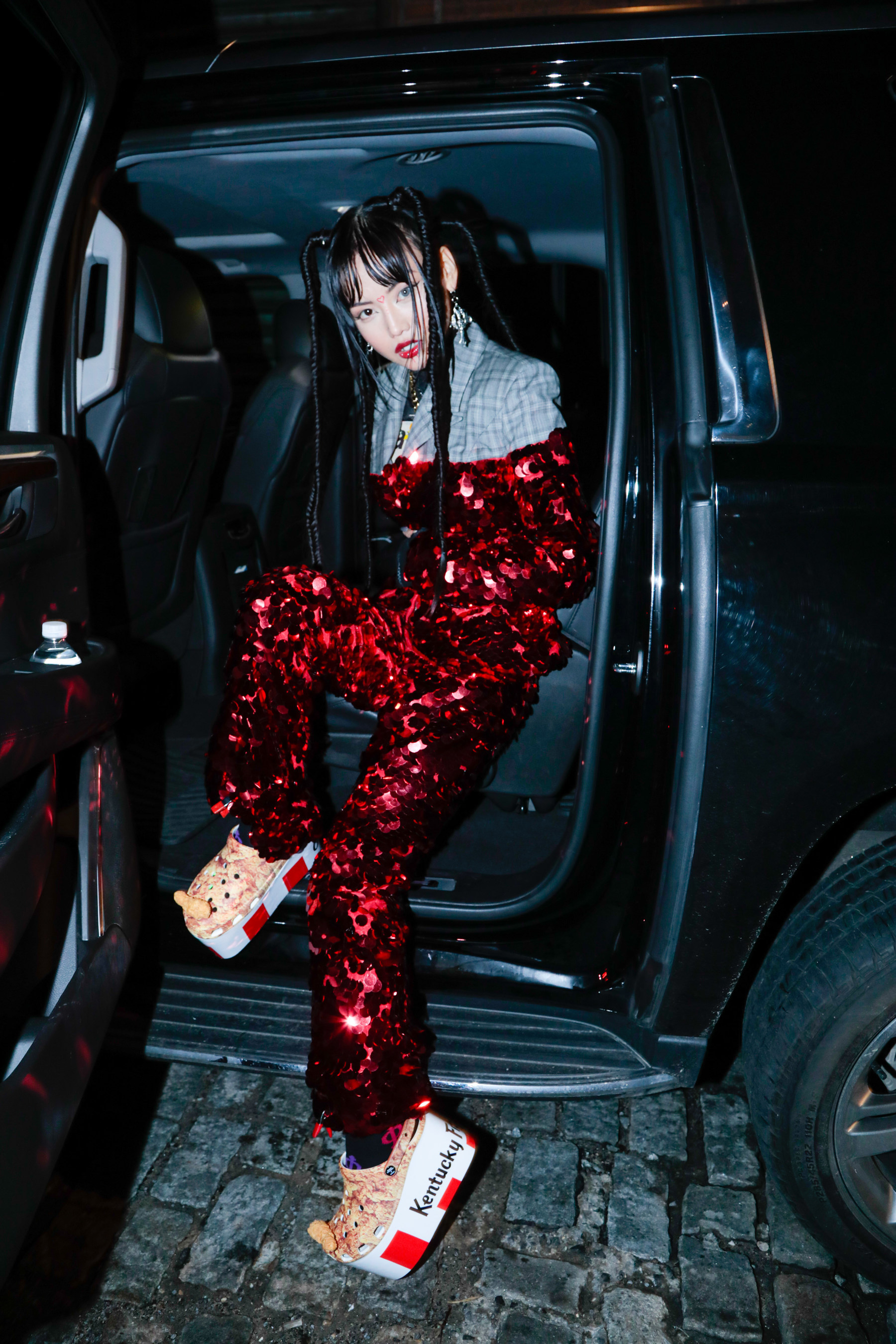 To promote the collection, Crocs also designed a Bucket Clog version of the shoe, which has a 4.5-inch platform heel to really show off your love for KFC.

The chicken wing Crocs made their catwalk debut at New York Fashion Week this week, on artist Me Love Me a Lot (MLMA) at Christian Cowan's show on Feb 11.

“We’re honoured to feature this fashion-forward style between two iconic American brands at one of New York’s biggest weeks in fashion that promises to surprise and delight consumers around the globe.”

If you are peckish, these may be for you.

We shared how Crocs with their own mini bum bags attached are the stuff of shoe nightmares.

Meanwhile, you can now buy glitter Crocs including a rainbow version and a white bridal pair but they’ll set you back £75.