The exhibition marks the 75th anniversary of the D-Day landings.

The gown costs £1125 and is from designer Alessandra Rich.

With a Peter Pan collar and long sleeves, the dresses channels 70s vibes.

It is mid-length and has a long slit, which showed of Kate’s legs,

The dress is described as such: “Alessandra Rich was inspired by Alfred Eisenstaedt’s 1945 photograph of a sailor kissing a stranger in Times Square for her Spring ’18 collection.

“Capturing the essence of that iconic moment, this vintage-inspired dress is cut from polka-dot silk crepe de chine that falls to a pleated midi skirt.”

Meghan Markle’s friend wore the dress to her wedding last year in May 2018.

Abigail Spencer donned the gown with white heels, a black belt, a black handbag and a navy blue fascinator. 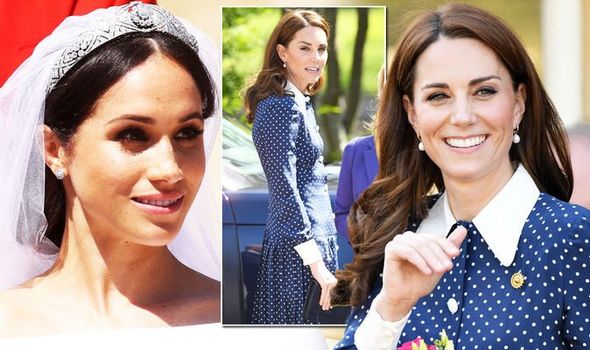 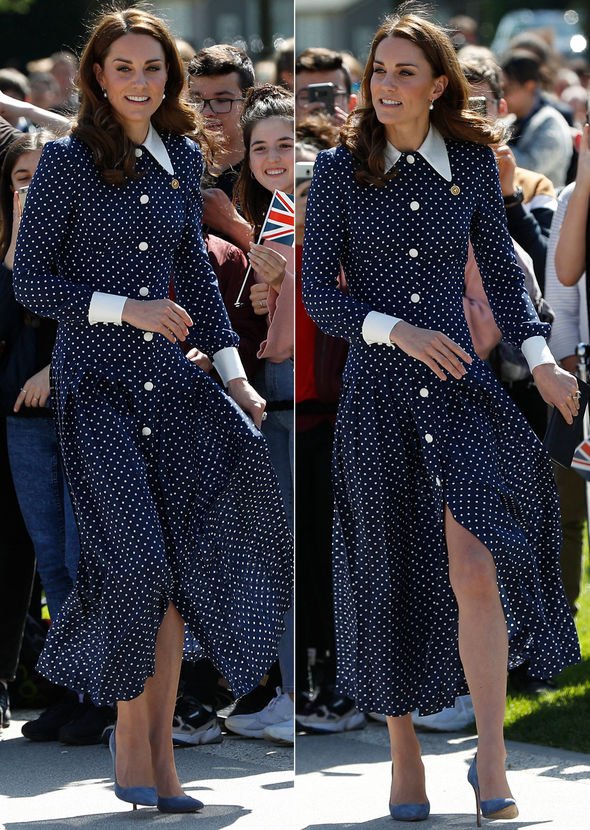 Kate has worn this dress before, for the Prince Charles 70th birthday photoshoot.

The sweet picture featured Charles and his wife Camilla, Prince George, five, Princess Charlotte, three, and Prince Louis, who is nearly one.

Meghan Markle and Prince Harry were in the shoot too.

She was with her husband Prince William in Anglesey, Wales.

It is believed to be the Philosophy di Lorenzo Serafini Double-breasted twill blazer, which costs $1,515 (around £1,162).

She teamed it with a pair of black skinny trousers and black heeled boots, believed to be her Aquatalia boots which retail at £566.57.