WE'VE seen everything from coconuts to flower walls and inflatable swan floats take over our Instagram feeds in recent months.

But there's one very unlikely accessory that's slowly become the juiciest prop around – the watermelon. 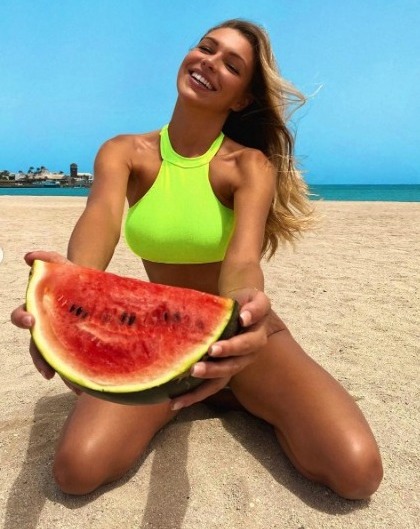 Now, ahead of 'National Watermelon Day' on Monday, we're taking a look at how TV stars, movie legends and even supermodels have posed topless at home, in bikinis and even in music videos with a slice of the fruit.

While Dirty Dancing may have kicked a lot of the hype off with the famous line, "I carried a watermelon", it's become an unlikely trend thanks to social media.

Just recently, One Direction star Harry Styles gave it another boost with his hit song Watermelon Sugar High – with a fruit-tastic music video to boot. 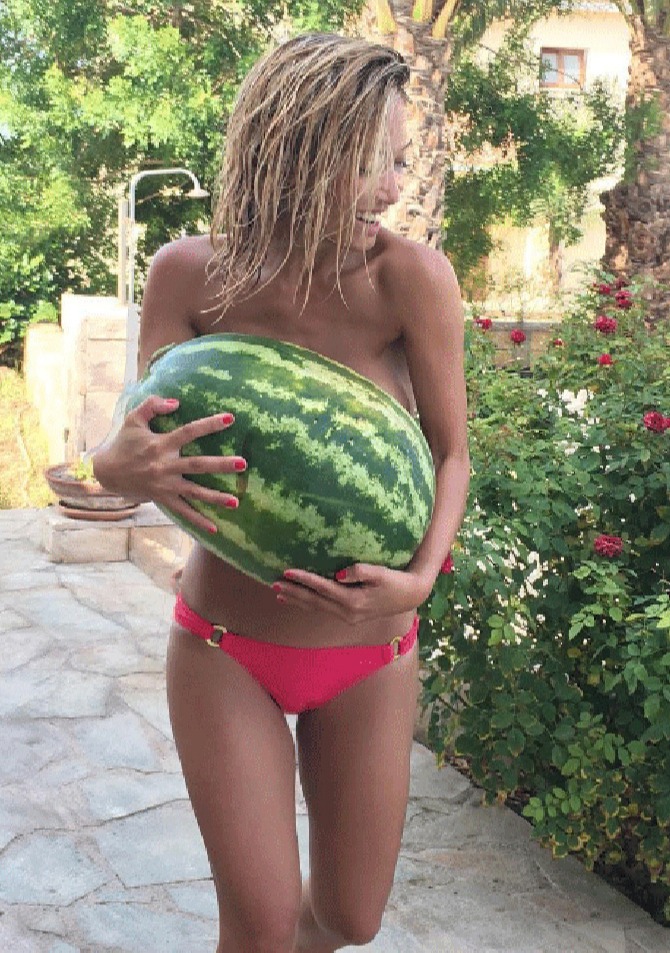 Myleene Klass, 42, shocked fans when she posed topless with nothing but a huge watermelon covering her, er, melons.

The star captioned the snap with the iconic line from Dirty Dancing and it was inundated with comments from fans with one joking: "Not the most practical bikini top i have ever seen!" 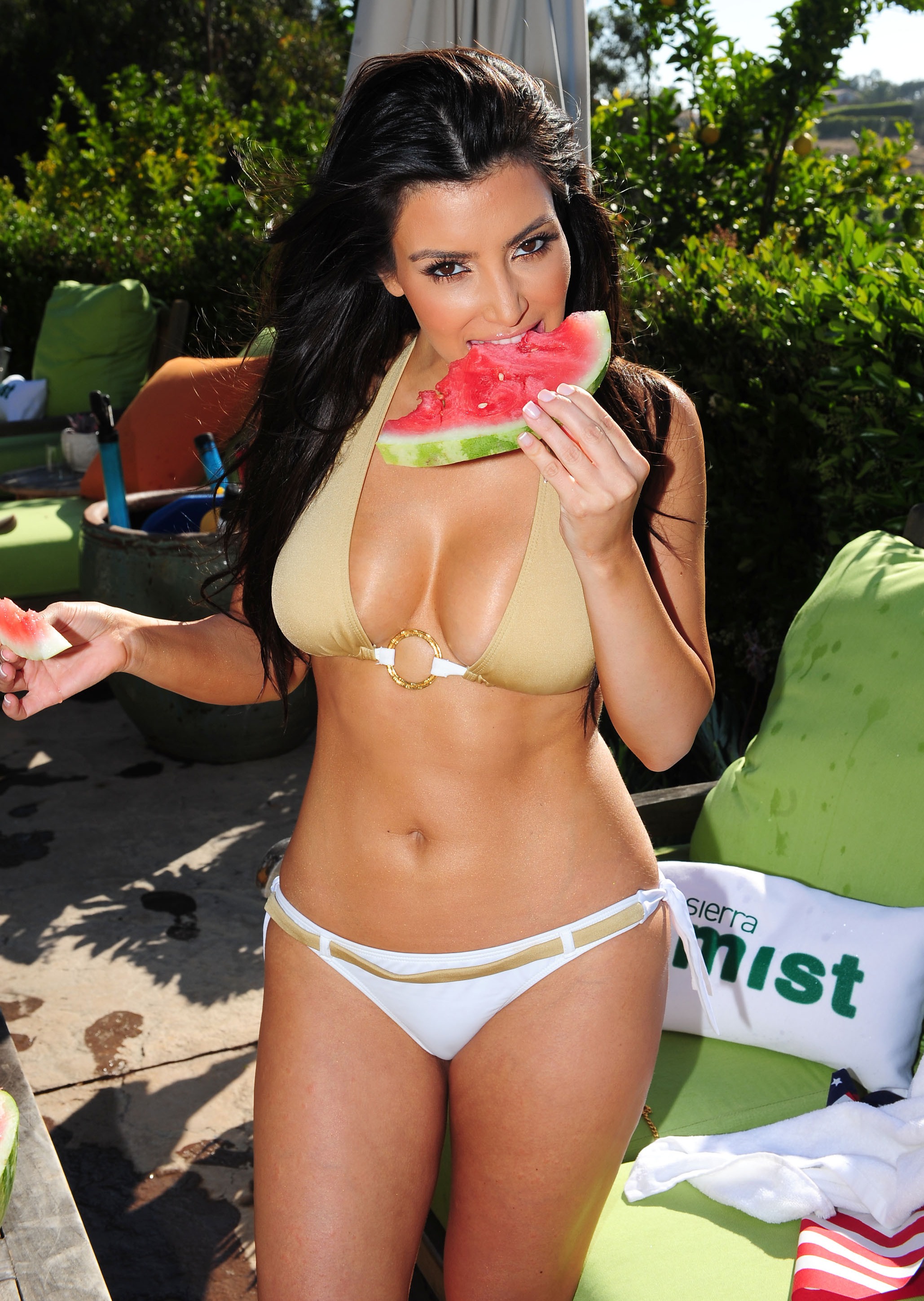 Of course no social media trend truly exists if Kim Kardashian hasn't had a go – and she was previously pictured munching on the fruit too.

The star, 39, showed off her stunning figure in a tan-coloured bikini in the snap, while enjoying a day at the Sierra Mist Beach House in Malibu. 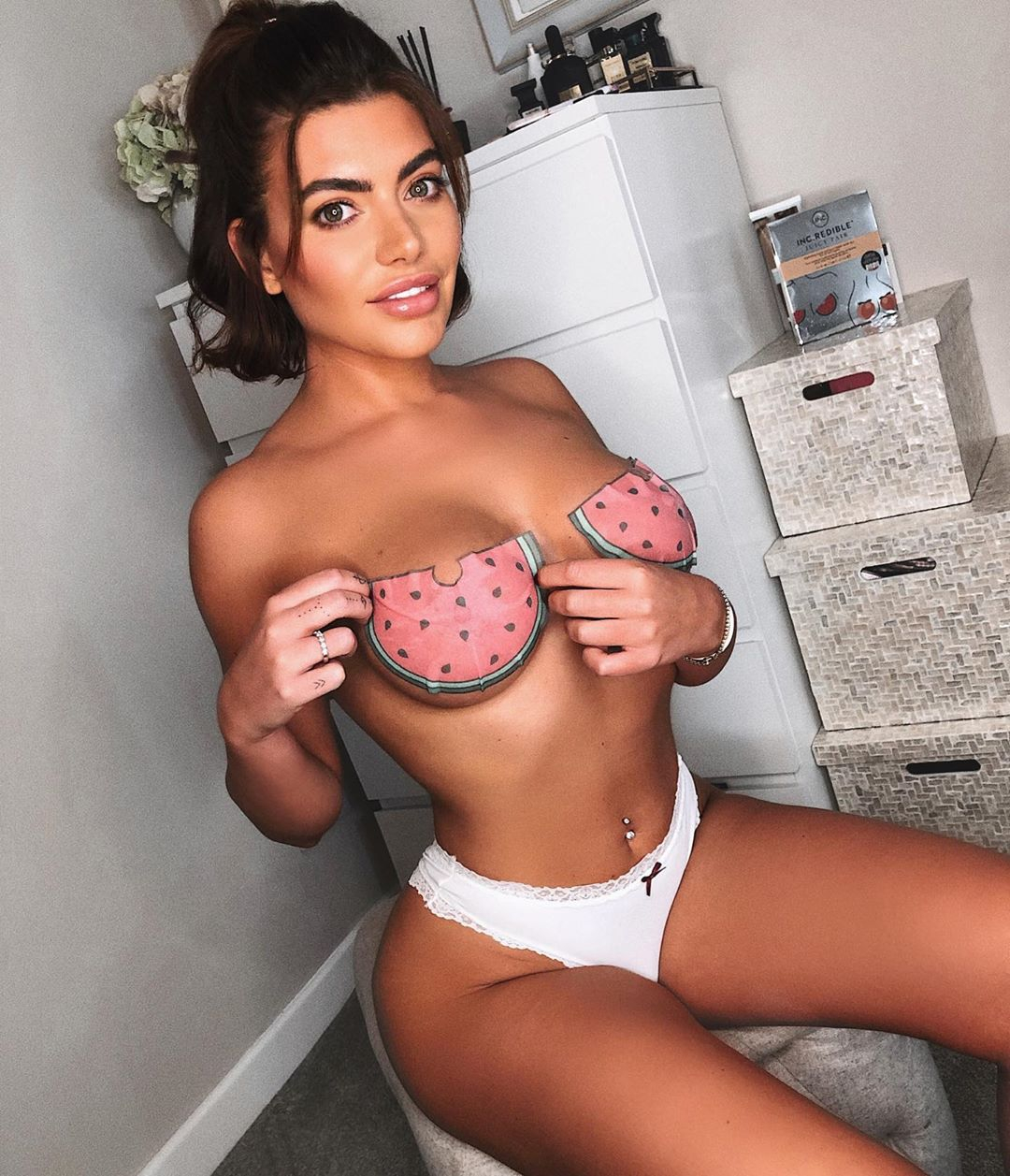 Former Love Island star Megan Barton-Hanson, 26, has had a strong love for the watermelon for years.

An old photoshoot of the star, before she hit TV screens, showed her posing completely naked with the fruit on the floor in front of her – before another snap showed her seductively eating a piece.

And she continued the trend this year as she posed topless with nothing but two watermelon-shaped masks covering her boobs. 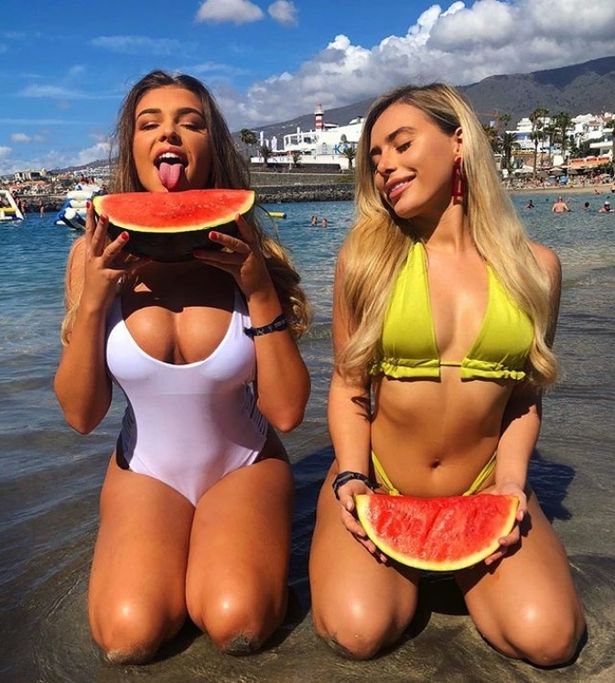 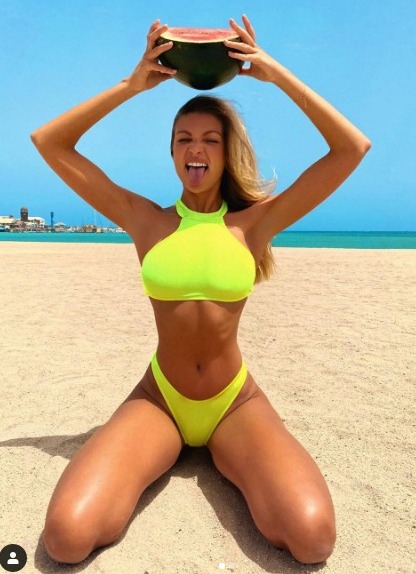 Another strong supporter of the watermelon craze is Love Island's Zara McDermott, 23.

She's been pictured eating the fruit during beach shoots in the past, and just recently posted a series of bikini snaps on social media with a huge slice too.

The pictures showed her posing in a vibrant yellow two-piece, while holding the 'prop' above her head – and she captioned the photos "watermelon sugaaaa".

Zara was also recently joined by fellow Islander Ellie Brown in Ibiza, with the pair both posing with their own melons for a sexy snap. 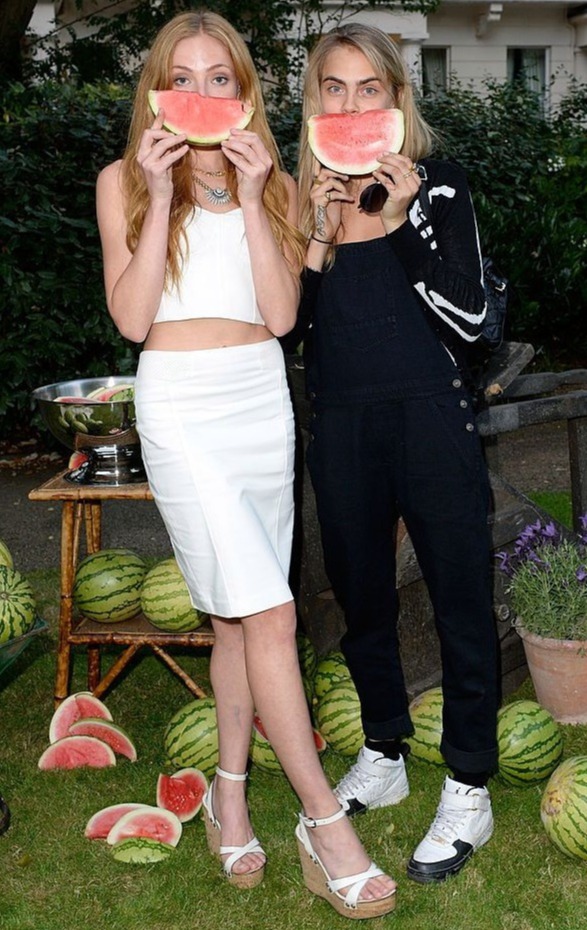 While Cara Delevingne, 27, has forged a hugely successful career on the catwalk, she's also well-known for her very real social media photos and hilarious poses.

And the star didn't disappoint when she and her pal Clara Paget pulled funny faces as they posed behind huge slices of watermelon at a Club Monaco Garden Party. 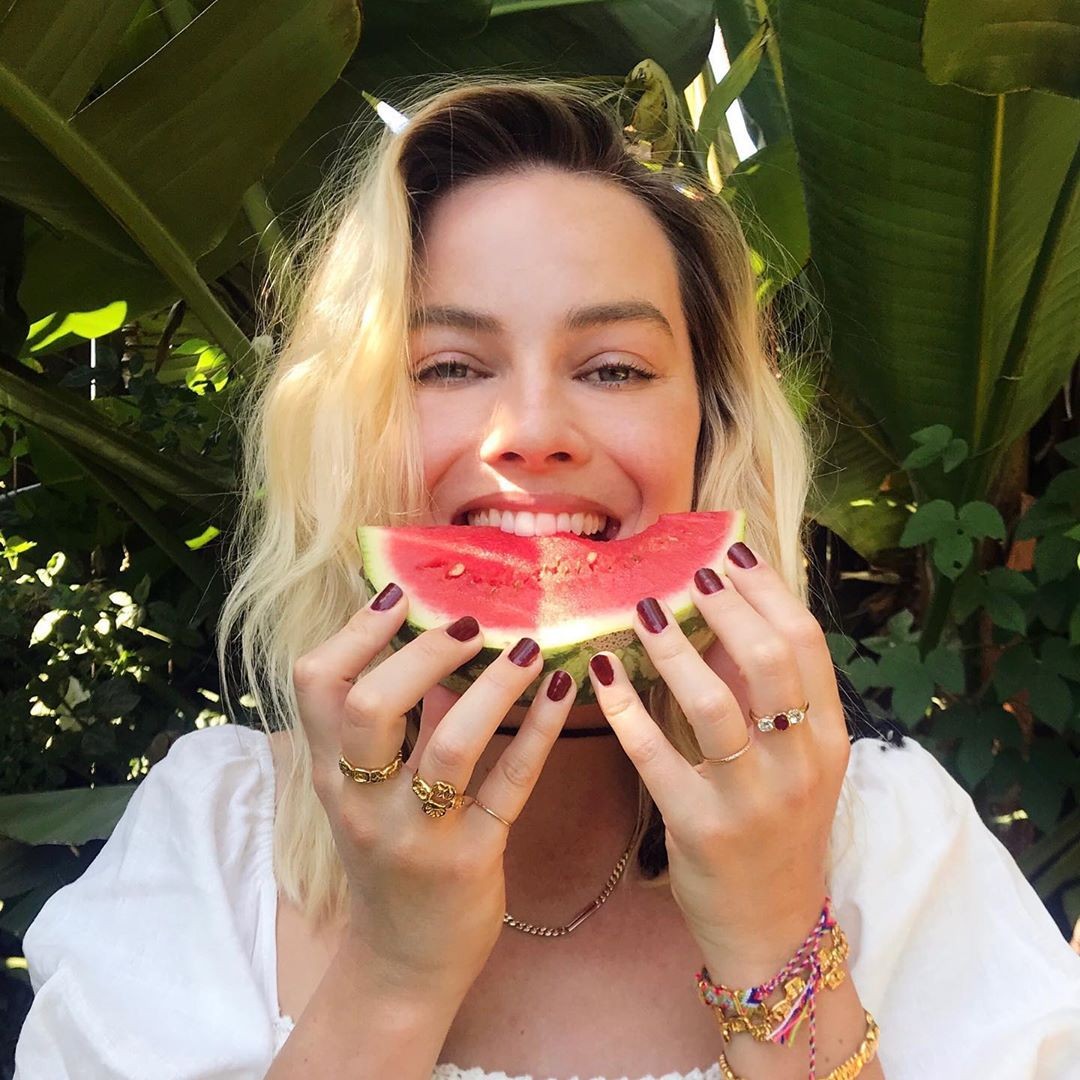 Even Hollywood stars have enjoyed their own watermelon moment – including Margot Robbie.

Shortly after Harry Styles made the world want nothing more than to tuck into watermelons on the beach, Margot, 30, posed with a slice up to her mouth on Instagram.

Of course, millions more were sold on the trend instantly from there. 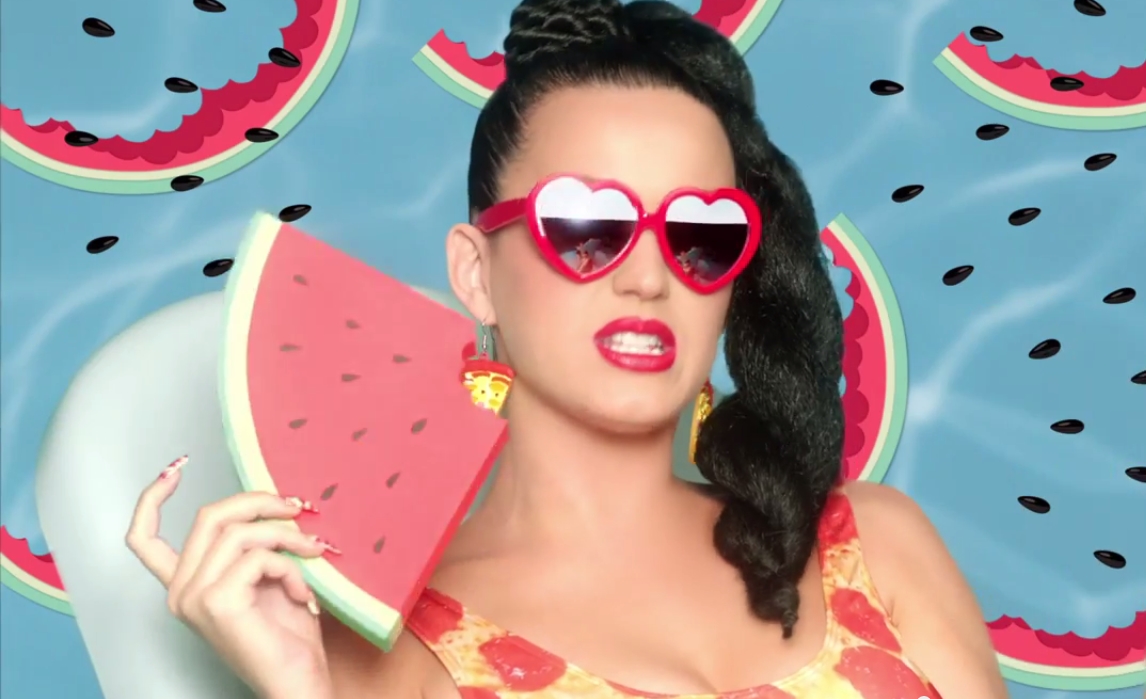 It's not just Harry that has featured the humble watermelon in their music video – Katy Perry actually kicked it off in 2013 with her song This Is How We Do.

The singer was filmed lying out on a bed by the pool in huge sunglasses with a watermelon slice in hand – slowly fanning herself in the heat. 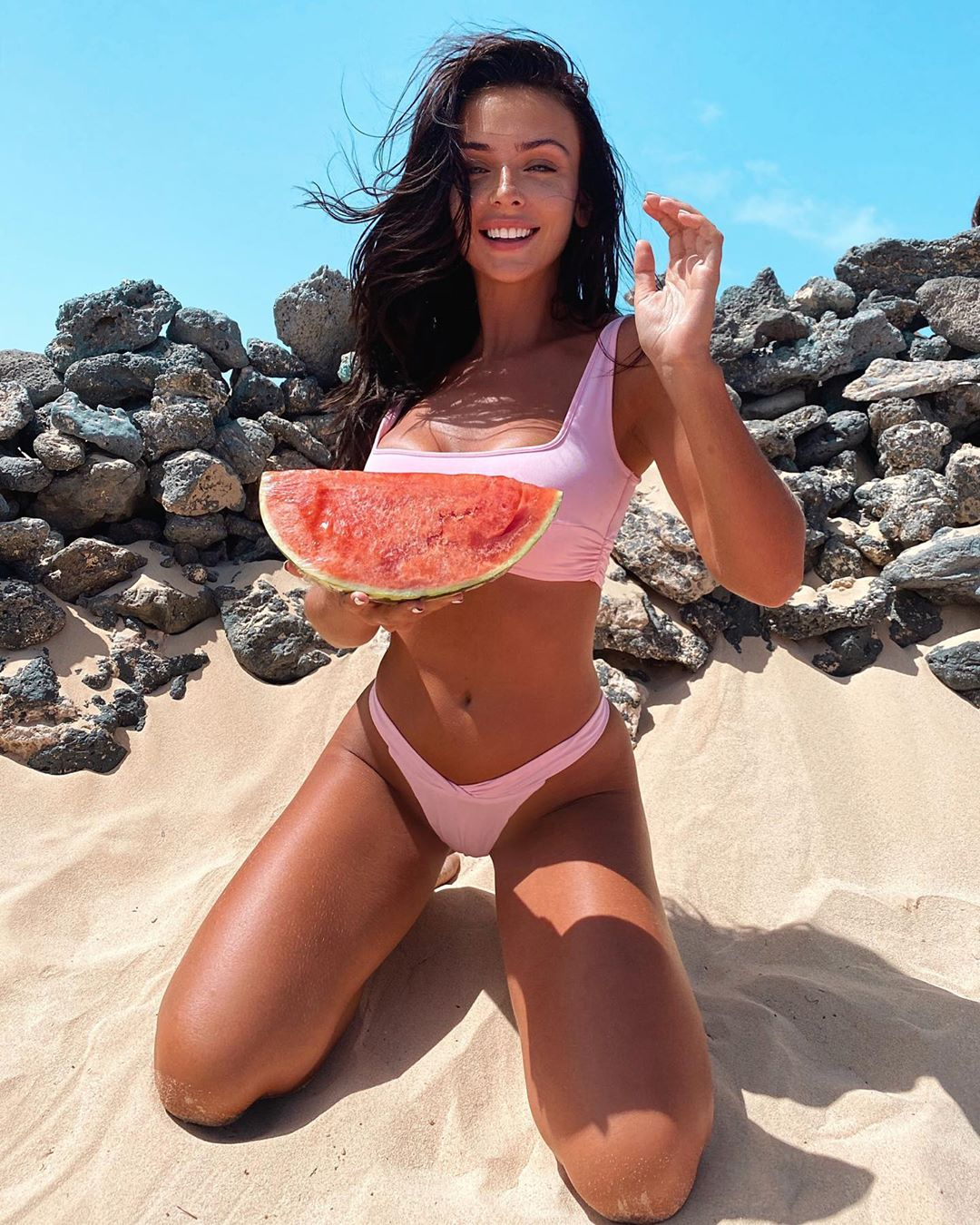 Another Love Island star to send temperatures soaring recently was Kady McDermott, 24, who posed up with the fruit in a skimpy pink bikini.

The star was enjoying a sun-soaked break to Fuerteventura at the time and looked over the moon to have the fruity treat in hand. 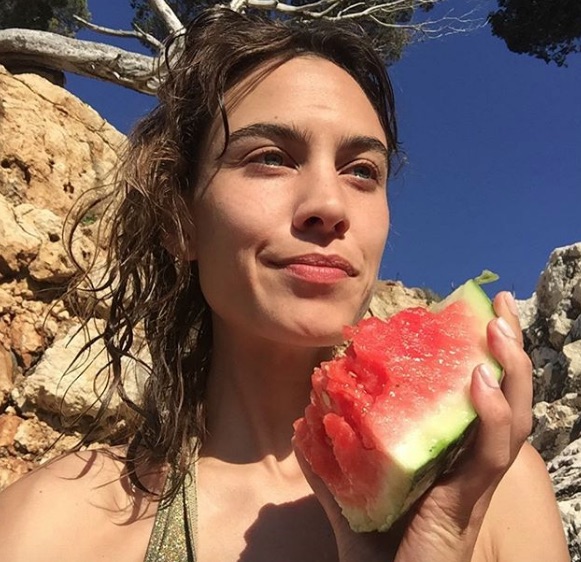 And Alexa Chung appeared to be thoroughly enjoying her own piece of watermelon previously too.

Embracing a natural look, she posed for a sunny selfie with the fruit in her hand, while soaking up the sun.

It seems it's far more than just a refreshing treat after all.