A MUM has revealed how she has been trolled for letting her three-year-old daughter use a dummy.

The woman, called Amanda Bouldin, explained in a post on TikTok why she still lets her little girl use it as a coping mechanism, insisting that all kids should go at their own pace. 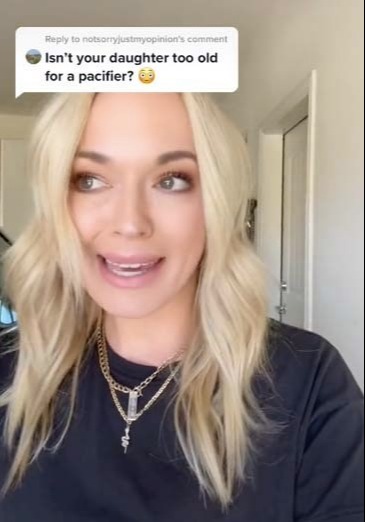 In the video, the mum – who has three daughters – responded to the question: "Isn't your daughter too old for a pacifier?"

Speaking to the camera, Amanda said: "At the end of the day this is pure personal opinion."

She explained how her little girl Corie had stopped using her dummy, aged two, just before the pandemic hit, but then "regressed".

The mum-of-three – who has over 1.3 million followers – revealed: "Honestly, I didn't care. There's this saying that you learn when being a parent, 'they probably won't be doing it when they're 18'."

LOVE THIS! Let's do what works for our kids

Amanda, noting concerns over the potential impact of a dummy on teeth, shared her prediction that her daughter will probably have to have braces – and how she was fine with it.

She added: "At the end of the day, if it makes her happy, it's not even on my priority list of things to worry about."

One person wrote: "LOVE THIS! Let's do what works for our kids."

Another commented: "I don't even have kids and I loved this. It's exactly the type of mum I want to be."

A third shared: "I had my pacifier for a long time and my mum asked the paediatrician and he's like hey don't worry she won't walk down the aisle with one."

And a fourth added: "SERIOUSLY I wish people would leave me alonnneee about my two year old's!"

In a follow-up video, Amanda noted: "Everyone always wants to tell you when to do things – potty training, pacifiers, solid foods, the list goes on.

"Opinions and timelines of when tiny people should be doing things…works for some, might not work for all."

She added: "A lot of the time a pacifier is tied to a coping skill, comforting them. Self-soothing.

"When we rip that from them, we're taking a way a coping skill they have." 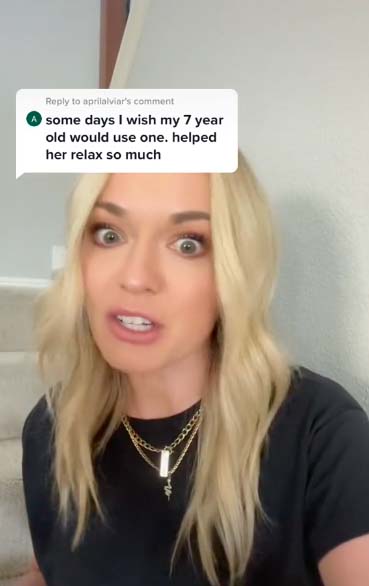 In other parenting news, we told you about a mum who isn't planning to send her children back to school.

We also revealed how long it took different women to return to sex after giving birth.

And a savvy mum shared a genius way to stop kids making a mess while eating crisps.