A PLUS-SIZE model says that she finds it hard to date as men insult her weight and she is constantly body-shamed online.

Although proud to have been signed to a modelling agency, Lindsey Walter says despite her success, men still tell her that she is "lucky they like big girls." 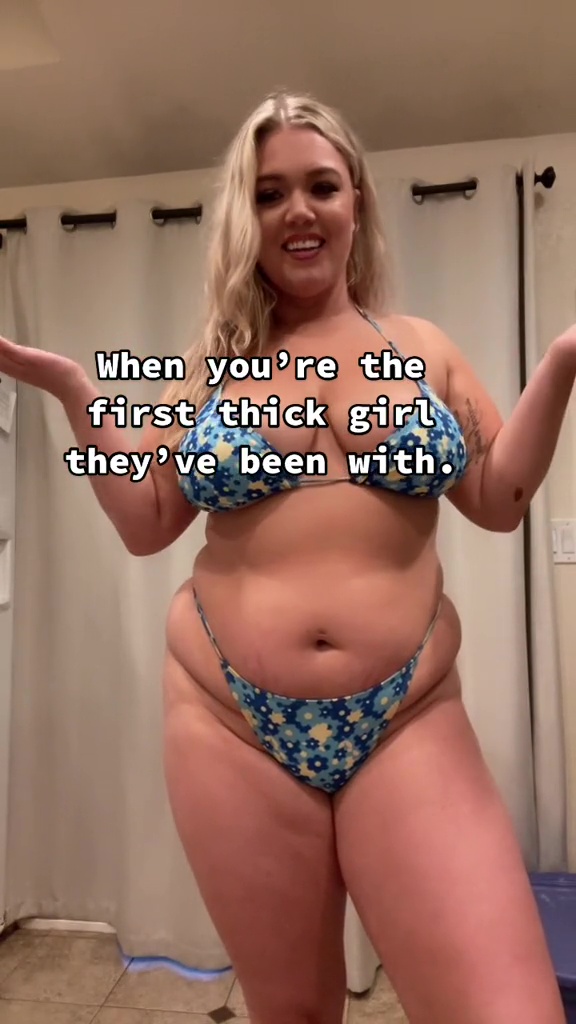 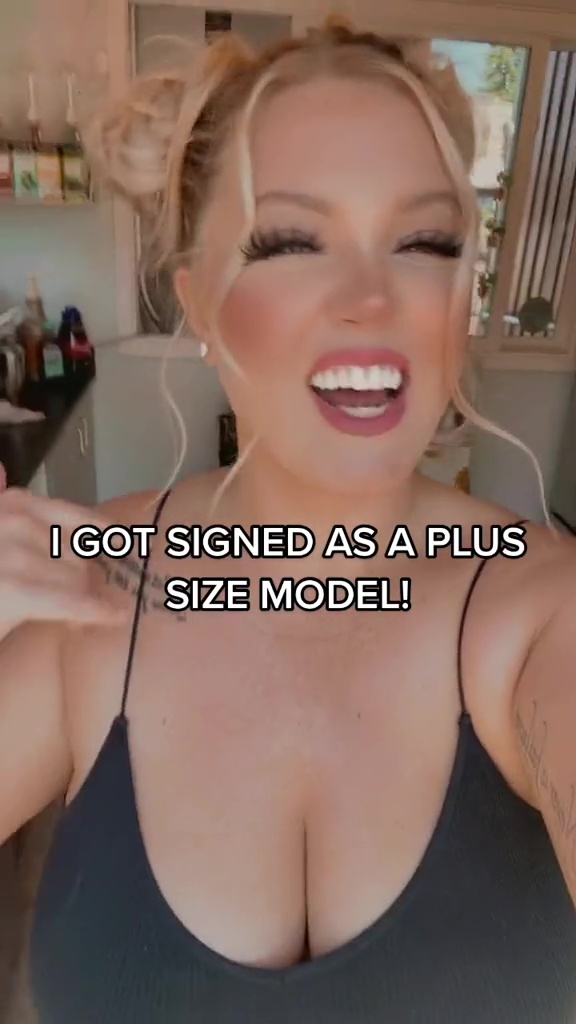 Taking to her TikTok account, where she posts under the domain @lifeoflindz0, the model says that she feels insulted when men tell her she is lucky they like her because of her size.

"Boys: 'you're lucky I like bigger girls" she posts under the heading "dummy."

In the post that has been viewed over 2k times, she sings along to the lyrics "Is you stupid, is you dumb,pick a side."

In another post, Lindsey tells how she is constantly trolled online for her size and what she wears.

"Internet trolls telling me to cover up because I'm 'too big for a bikini'" she says.

Adding: "Me paying them no mind."

The post titled "We do not care" has been viewed over 169k time and has been met with a range of comments.

"Do not listen to trolls. You are beautiful" commented one person.

Another said: "Do not listen to them, you make a lot of people very happy."

However the trolling does not end there, as the model says that she is ridiculed by people constantly telling her she is going to get diabetes.

Sharing a comment in another post she tells how one follower said: You' are right, you are beautiful until diabetes kills you. This is not about fat shaming ut is about health."

Drinking a bottle of water as she shows that she blatantly ignores the comments, she plays a voice-over that says "go to therapy and shut the f*** up."

She captioned the post, which has been viewed over 98k times "no but feel free to go to therapy."

On the post, one person commented: "When are they gonna find out that health isn't defined by being skinny."

"The best part is, you are probably healthier than that jack who commented. Keep being fabulous" said another.

A third commented: "It is her body, not yours…worry about yourself, Karen." 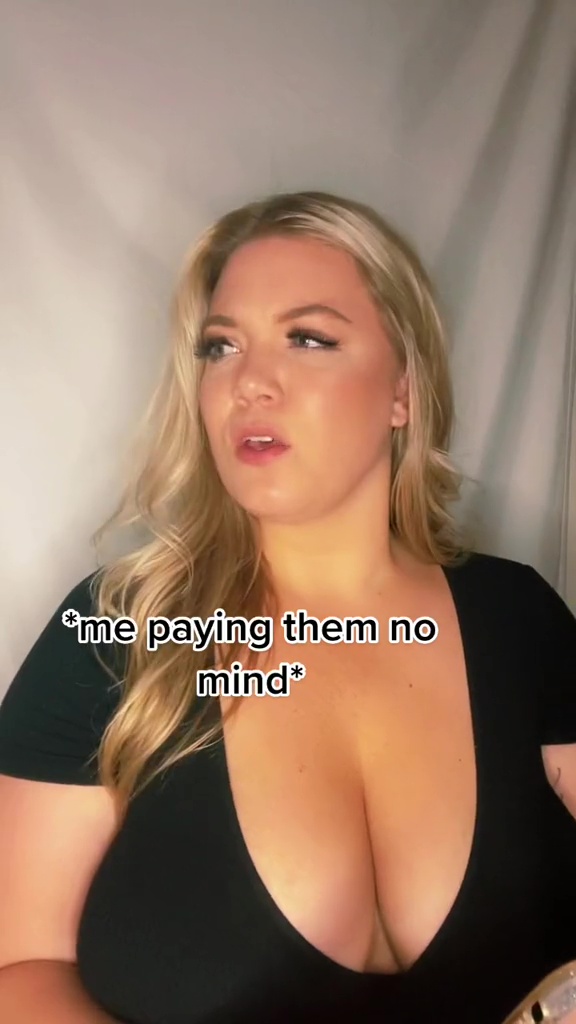 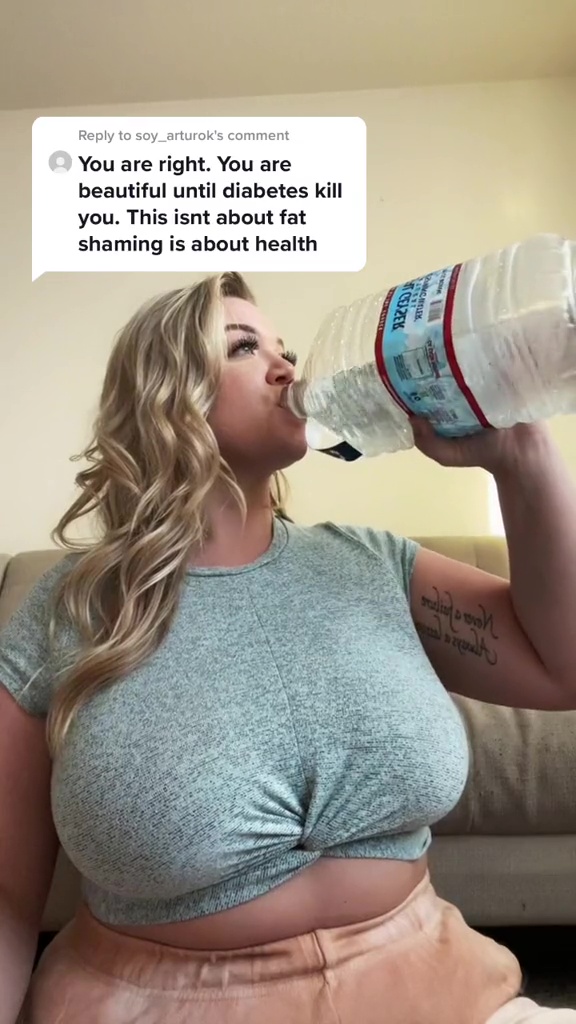 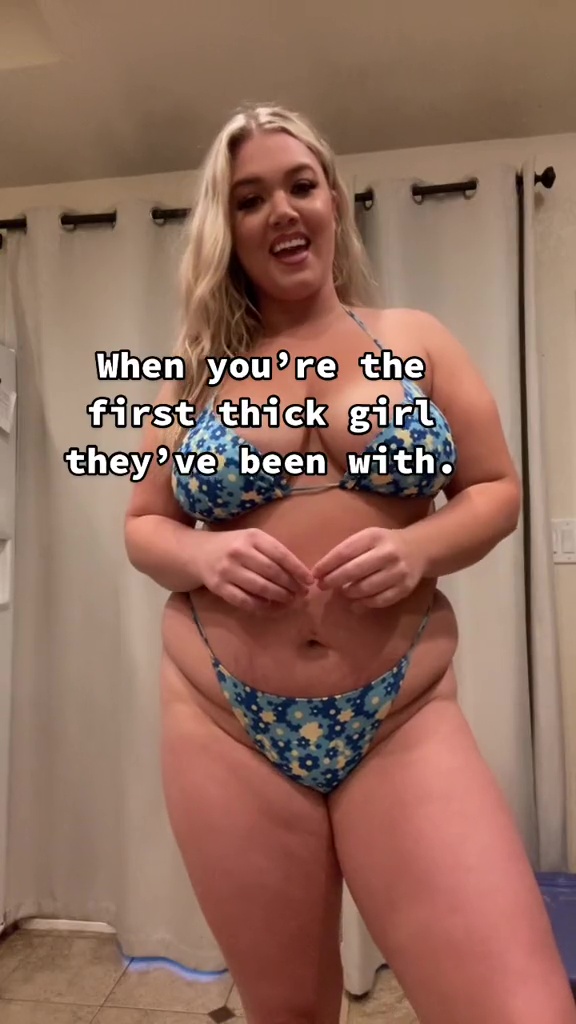 More on size, see how one woman exposes variety in Primark sizing after trying on five size 12 shorts and them ALL fitting differently

Also, see how Iskra Lawrence celebrates her curves as a new mum and doesn't listen to trolls.

Meanwhile.. shoppers are baffled by what Shein considers an XL – with customers saying it’s disgusting.