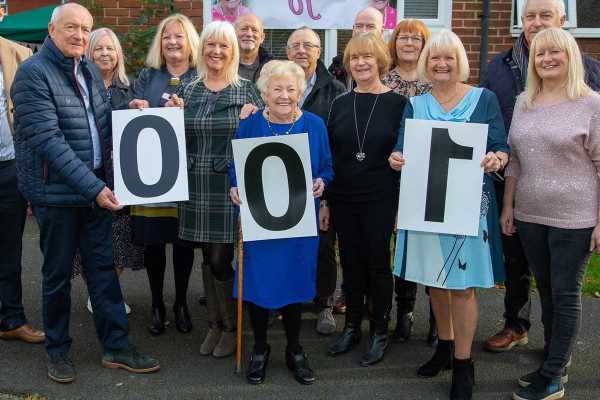 A WOMAN who has reached 100-years-old and has 89 grandkids has revealed her secrets to a long and happy life. 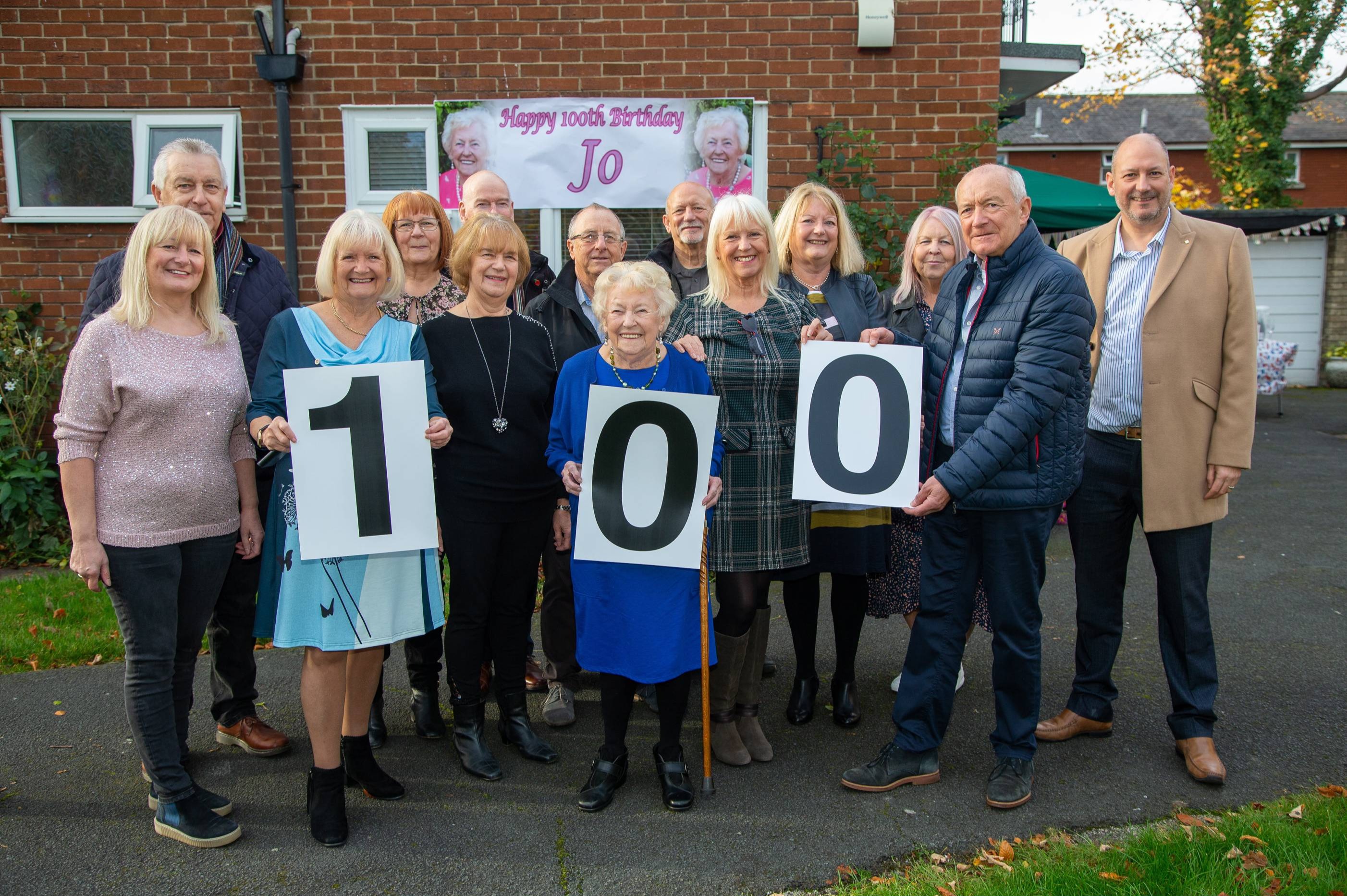 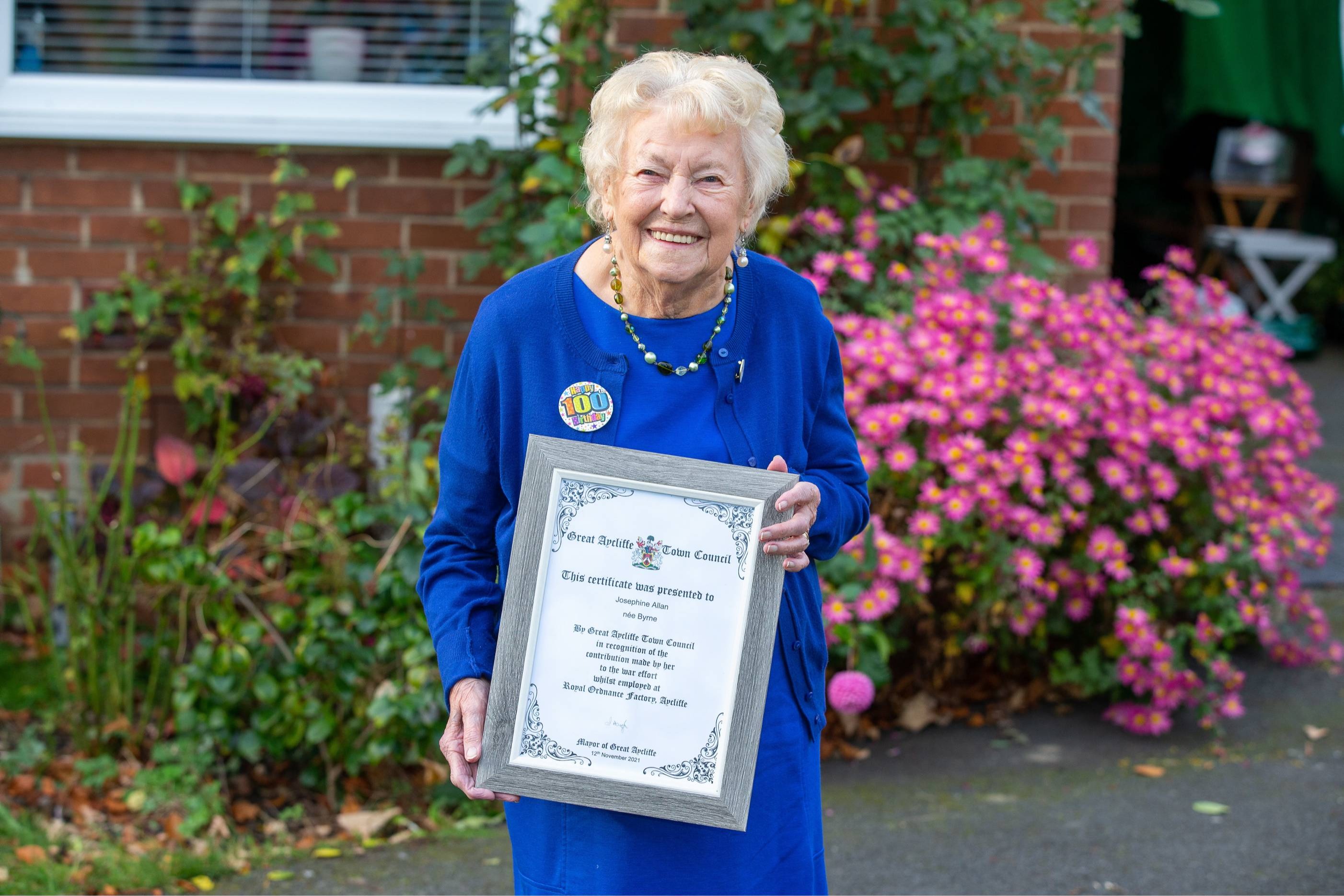 Jo, from Middlesbrough Teesside, was asked what her secret is to a long and happy life, she said: "There isn’t really a secret, but I do think it’s important to have a happy frame of mind and to try not to worry."

Jo is one of the UK's oldest residents, and was one thousand's of female workers who worked in munitions factories during the war.

Her job, which was based in Aycliffe in County Durham, was to check for faulty bullets in the war.

During the family gathering on her 100th birthday, Jo received a special surprise from Middlesbrough mayor Andy Preston, who came down to give a surprise presentation on behalf of the council.

Jo was presented with a certificate and brooch officially recognising her as an Aycliffe Angel and thanking her for her contribution to the victory in the war.

Mr Preston said: "These women were completely uncelebrated and unrecognised for too long but this is being put right now because we should tell the story about the efforts people like Jo made supporting the brave soldiers who were doing the fighting.

"I’m sure the incredible work Jo and others did saved many lives.

"It's time to acknowledge the efforts of all the Aycliffe Angels during the war that helped change the course of European history for the better."

Jo had planned to celebrate her centenary with the whole family which had to be cancelled due to Covid concerns, but Jo still had a very special day.

She received a birthday card from Her Majesty as well as cards and video messages from family members from as far afield as Canada, USA and Australia.

Her oldest child is now aged 77, while her youngest great grandchild is just five-months-old.

Instead of birthday presents, Jo asked friends and family to make donations to Our Hospitals Charity towards the Stroke Unit at James Cook University Hospital, where Dave was cared for before his passing.

A total of £1,500 has been donated so far and despite a health scare two years ago, Jo is still going strong at her care home in Linthorpe on the outskirts of the town.

The only time she lived away from the North East was during the war when Dave served as an wireless operator and air gunner at RAF Valley.

The recently married couple lived in Anglesey in Wales before a brief spell in Hereford at the end of the war.

Eldest child, Pauline said: "Mum has always been the most loving, interesting and energetic mother, always on the go, putting us children first and herself last.

"My earliest memory of her would have been 1947 when I came in from a walk and found Mum in the kitchen with hands and arms covered in red.

"I was terrified but it turned out she was dying someone's old curtains for our new house."

Eldest son Doug paid tribute to his mother and said: "She not only had 12 children but then went back to full-time work until her retirement at 65.

"Her favourite joke is that she knew what she was doing in bearing so many children – ensuring that she had sufficient carers as she grows old.

"And she often complains that Covid is preventing her from going off on holiday, which is unfair as she might not have many years left!" 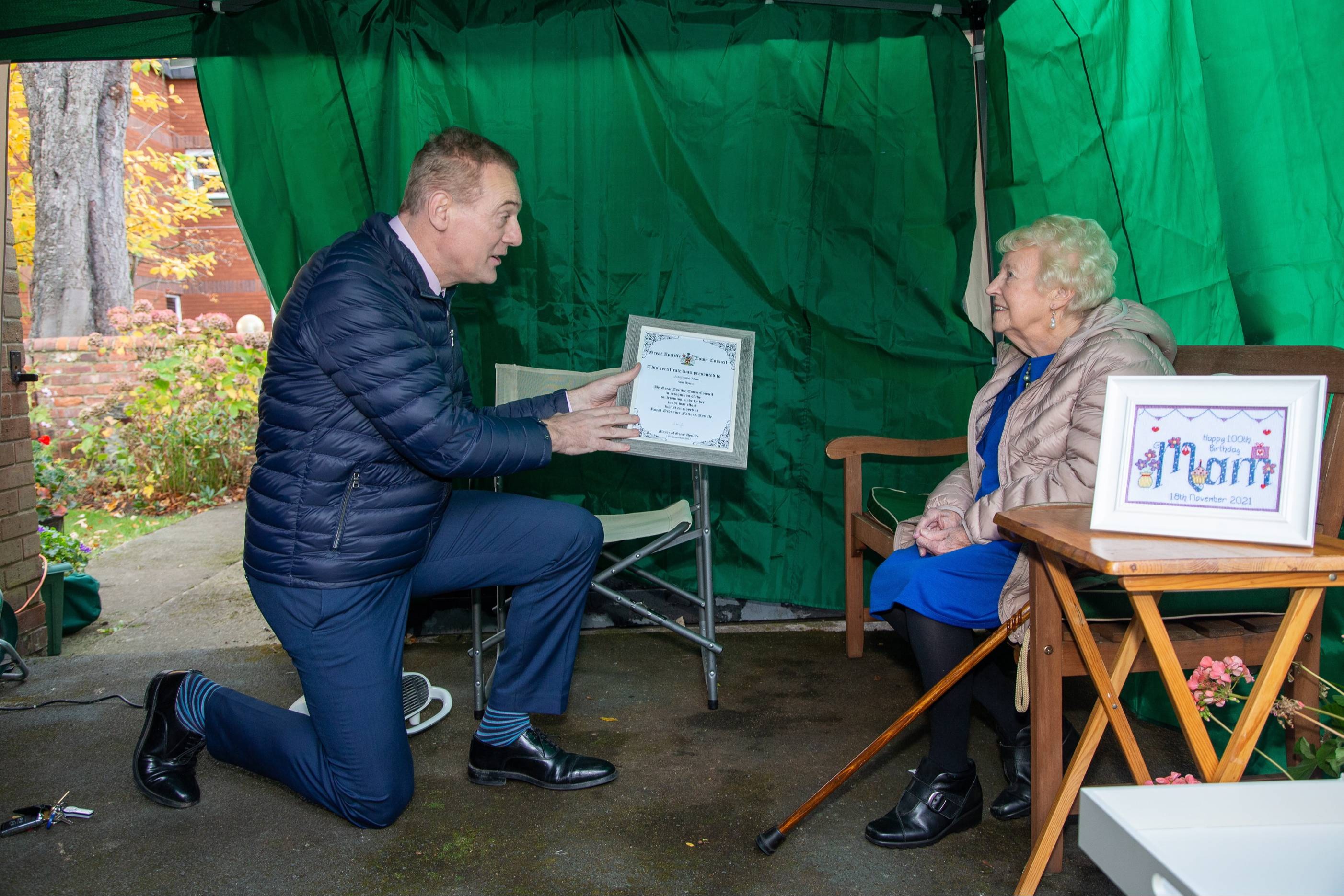 For more real life stories, check out what food shops look like for the world's BIGGEST families.

Plus, a parenting expert reveals why being too strict with your daughters could ruin their lives.

Meanwhile, I started swinging at 29, I love watching my husband with other women.