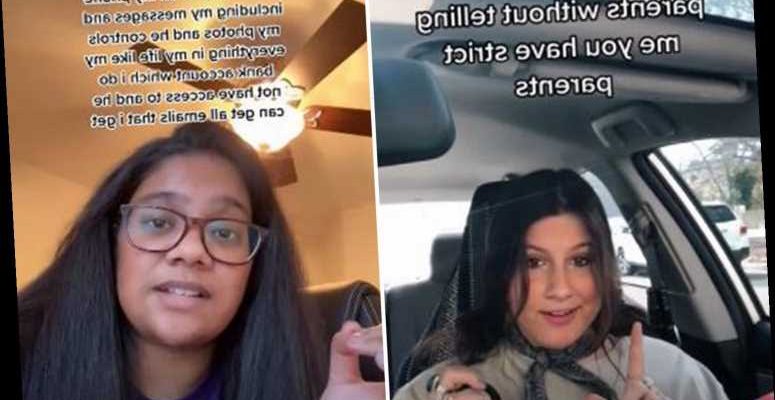 AS a child, parents can be pretty strict when it comes to what you do and who you see, because, well, it's their job – but at what age should you be allowed some freedom?

A 19-year-old woman claims she's still heavily "controlled" by her parents, who track her movements, read through her emails and even control her bank account – despite being in her first year at college. 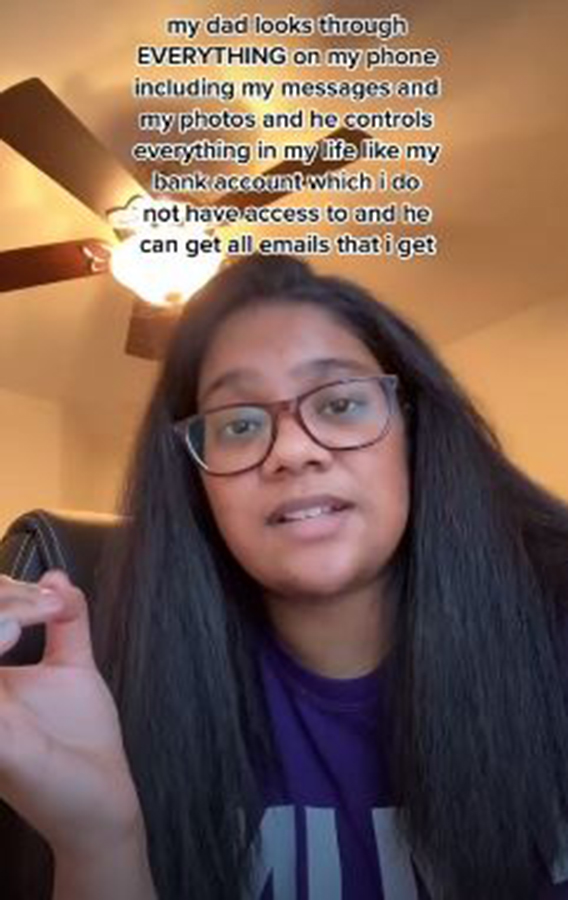 The clip has since prompted many users in their late teens and even early twenties to share their own stories about over-protective parents.

The student from Minnesota, however, claimed her parents make her use an app called Life 360, which is a family safety service allowing family members to see where the others are.

By doing this, they know where she is at all times, and even who she's with, and insist she has her geolocation turned on. 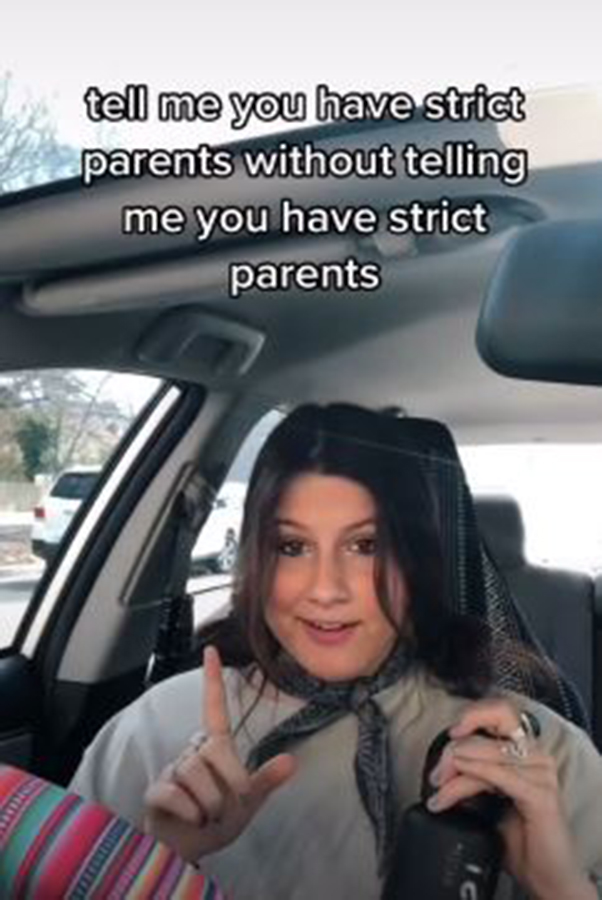 But even when the 19-year-old is at home she can't have tech in her room past 9pm – including her phone and laptop – and has to hand them over to her parents.

What's more, her dad allegedly controls her bank account, not giving her access at all, and even reads through the messages and emails on her phone.

After explaining she was 19 and a college freshman, the student claimed: "I'm not allowed to have my phone or my laptop up in my room past 9 o'clock. They have to be downstairs unless I'm doing homework." 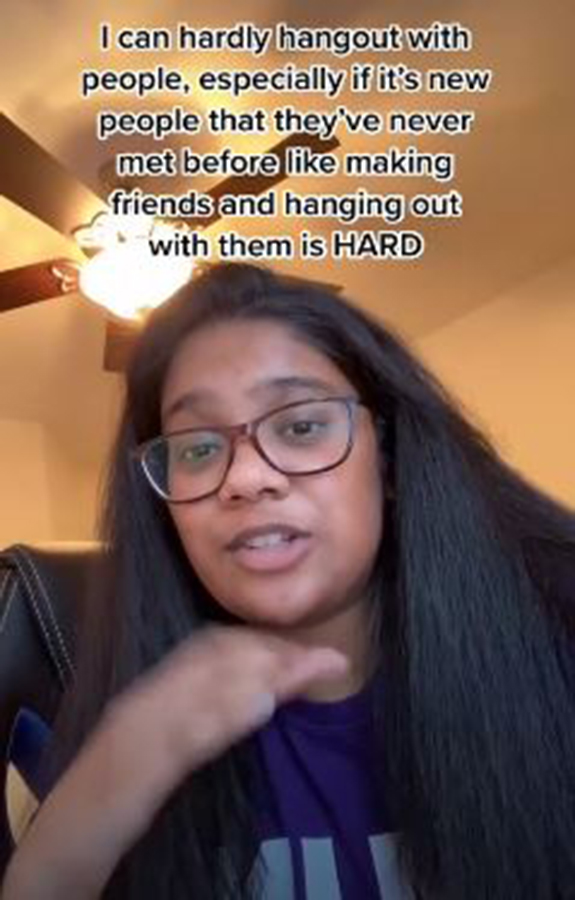 She continued: "I can hardly hang out with people, especially if it's like new people that they've never met before. Making friends and hanging out with them is hard."

According to the student, even her fashion choices are dictated by her parents and admitted that her grades determine a lot of what goes on in her life.

She claimed: "I have clothes I can and cannot wear, and my mom refuses to buy any kind of fancy lingerie or anything like that."

But if that's not bad enough, her dad supposedly looks through her phone, including all her text messages, and even scrolls through ALL the pictures she takes.

"He controls everything in my life," she added, "like my bank account, which I do not have access to and he can get all emails that I get sent to him." 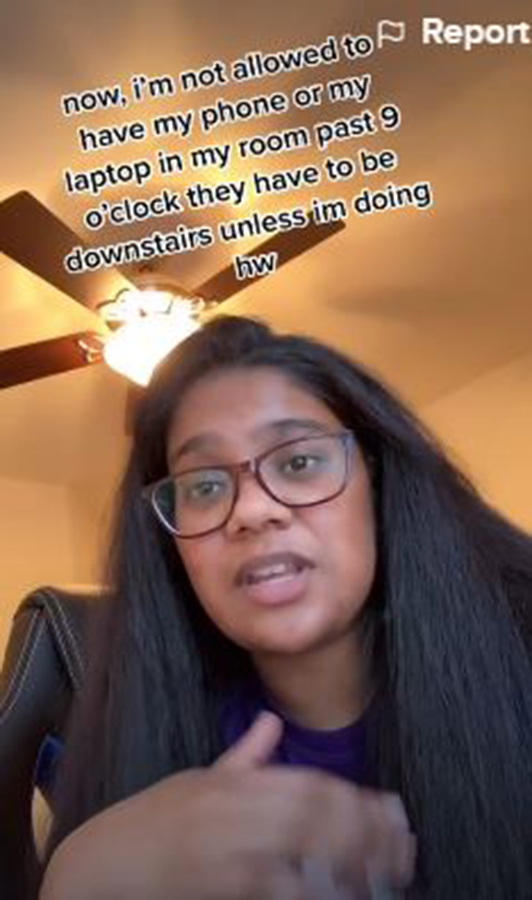 Many people questioned how she made the TikTok clip to begin with, after claiming she had no access to social media.

In a video shared the next day, she explained she was able to post the original video to TikTok – which has now gone viral -because she has social media accounts that she hides from her parents.

She explained that she will use them during the day when she has access to her phone, and will delete the apps before handing her phone to her parents at 9 o'clock.

Others have jumped on board the TikTok trend also, including one woman claimed she has bars on her window even though her bedroom is on the second floor.

Meanwhile, a third claimed that she can't listen to rap music, despite being 17-years-old,and that her parents demand the password for her phone.

Elsewhere, this woman shares epic Tinder fail after date made her sit through meal with his MUM & was questioned about her ‘intentions’.

Plus we revealed Gordon Ramsay’s brutal parenting rules – including making the kids fly economy & why they won’t inherit a PENNY.