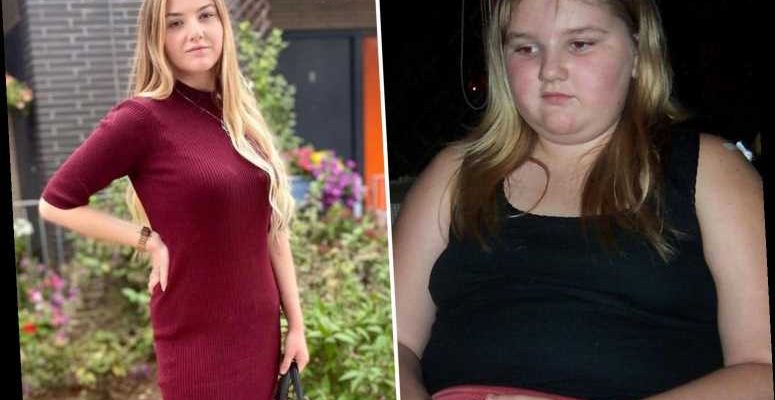 A BINGE eater who would gorge on crisps and chocolate until she threw up has shed an incredible eight stone – and has never been happier.

Ola Ingielewicz, 25, said she was ‘chunky’ from around age eight, and would stuff her face with junk food to the point where she’d either fall asleep or vomit. 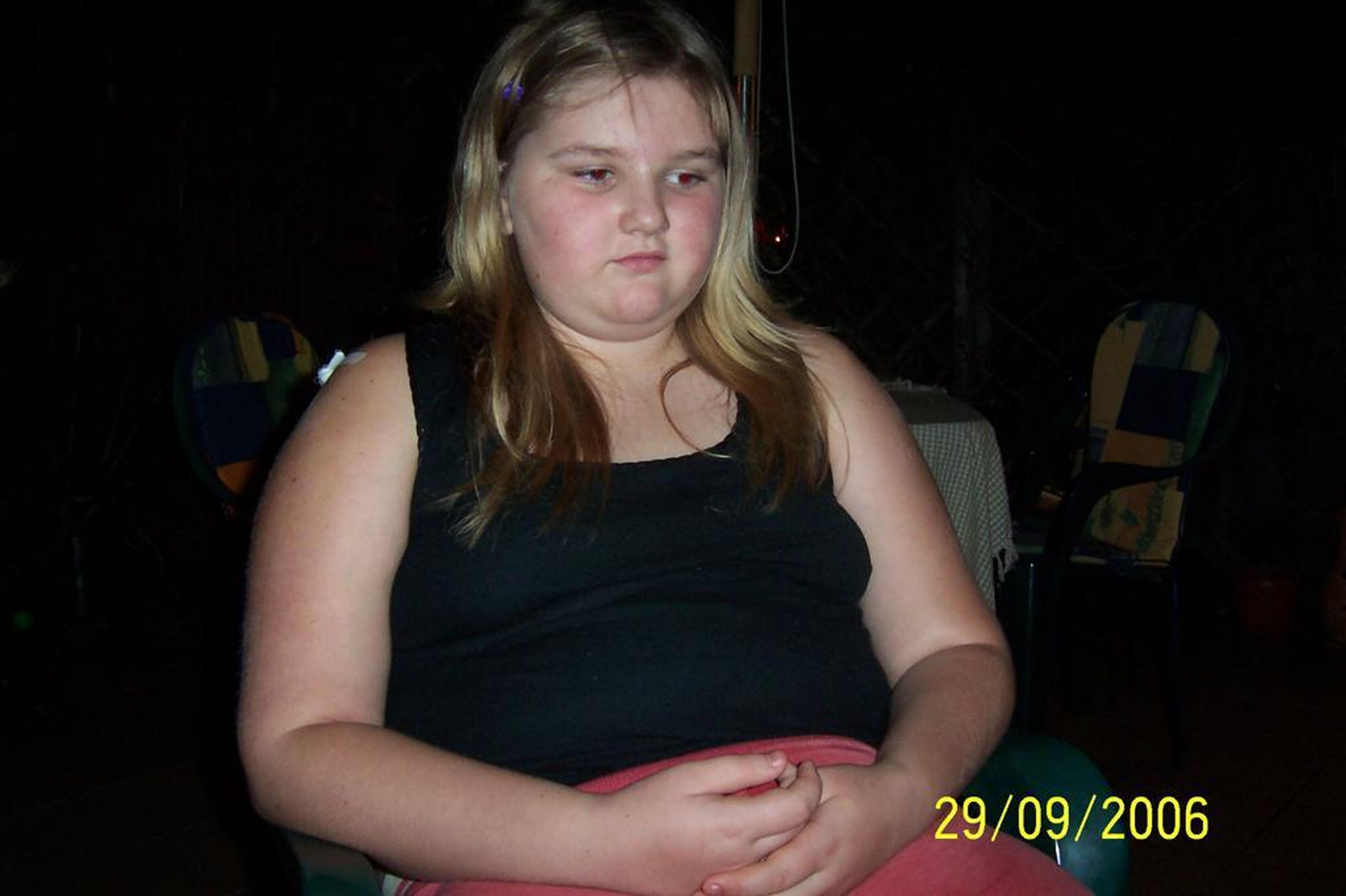 Oka, from London, says by age 11 she was ‘obese’, and tipped the scales at 15st, while her unhealthy ways saw her balloon to 18st 6lbs aged just 16.

Her weight caused her to be picked on by bullies, who taunted her, calling her ‘ugly’, ‘fatty’ and telling her she should ‘die.

Ola says even her own family members poked fun at her size, telling her 'nobody would ever love her'. 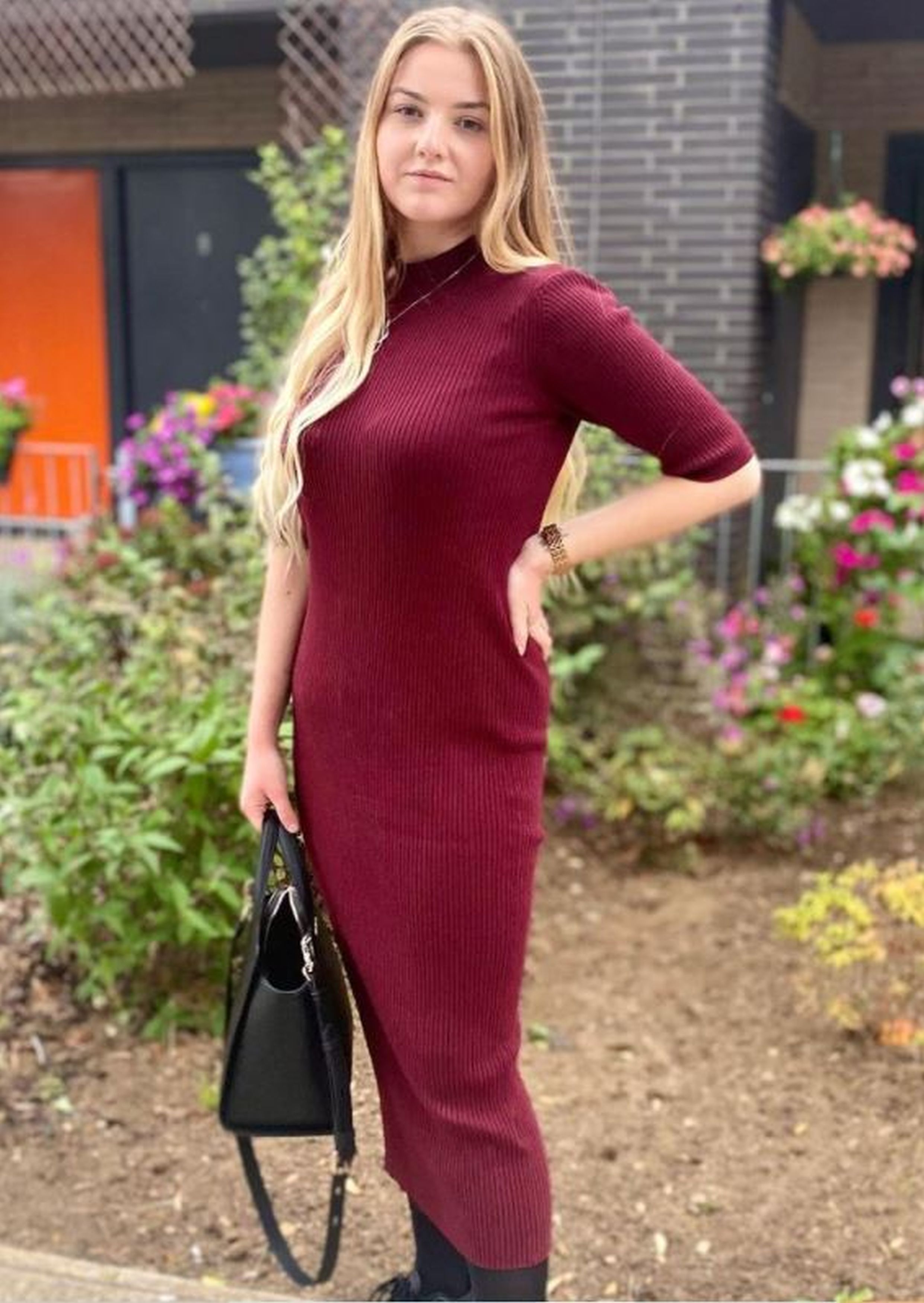 "My parents worked a lot to make sure my brother and I had everything we needed which meant we were at home alone a lot.

"I found myself watching TV all day and just eating. If I ever felt stressed, I would walk to the shop to buy more and more food. I found it comforting and it made me feel good.

"People started bullying me for my weight. I could be walking in the street and boys would shout at me 'you're a fatty, you're taking up too much space, you should just die'.

“Even some family members didn't encourage me to lose weight for my health. They told me I should lose weight because I was ugly and fat and nobody would ever love me.

What is binge eating disorder?

Binge eating disorder involves regularly eating a lot of food over a short period of time until you're uncomfortably full.

Binges are often planned in advance, usually done alone, and may include 'special' binge foods. You may feel guilty or ashamed after binge eating.

Men and women of any age can get binge eating disorder but it usually starts in the late teens or early 20s.

"It made me so upset and embarrassed even though it shouldn't. They should have been ashamed, not me.

"I never opened up to anyone about the bullying. The way teachers and everyone made me feel was that it was my fault. If I didn't want the bullying, I should just lose weight.

"But it's not that easy. It's not as simple as telling a fat person to lose weight.” 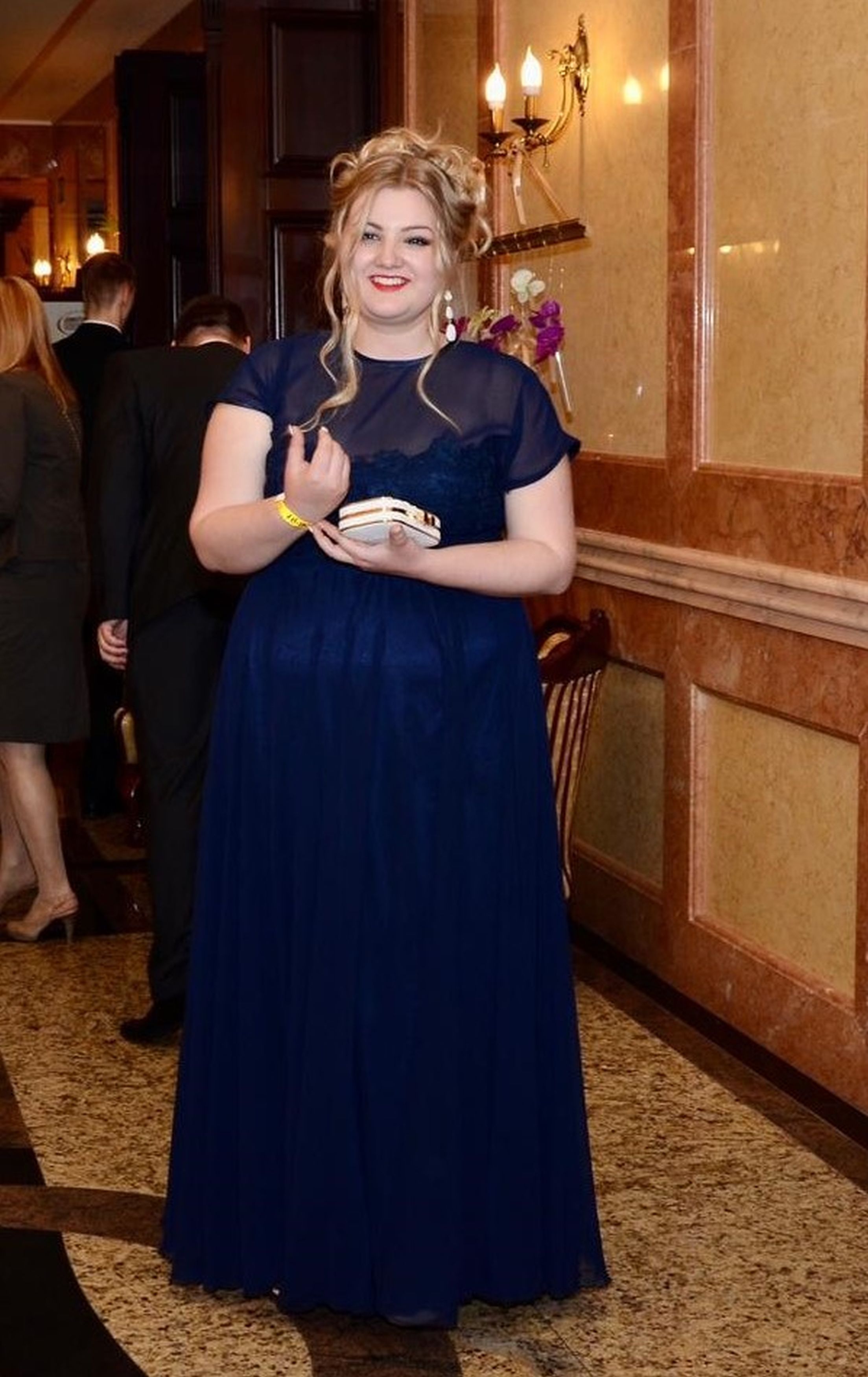 The bullying and shame Ola felt over her size fuelled her to comfort eat more, and she hit her heaviest at 16, wearing a size 20.

Ola explained that binge eating was a disorder, so it wasn’t simply a case of eating less.

She explained: “People are so quick to judge and shame others for their weight without even knowing what's causing them to over eat.

"Binge eating is a disorder and so many people like me are trying to eat their emotions. 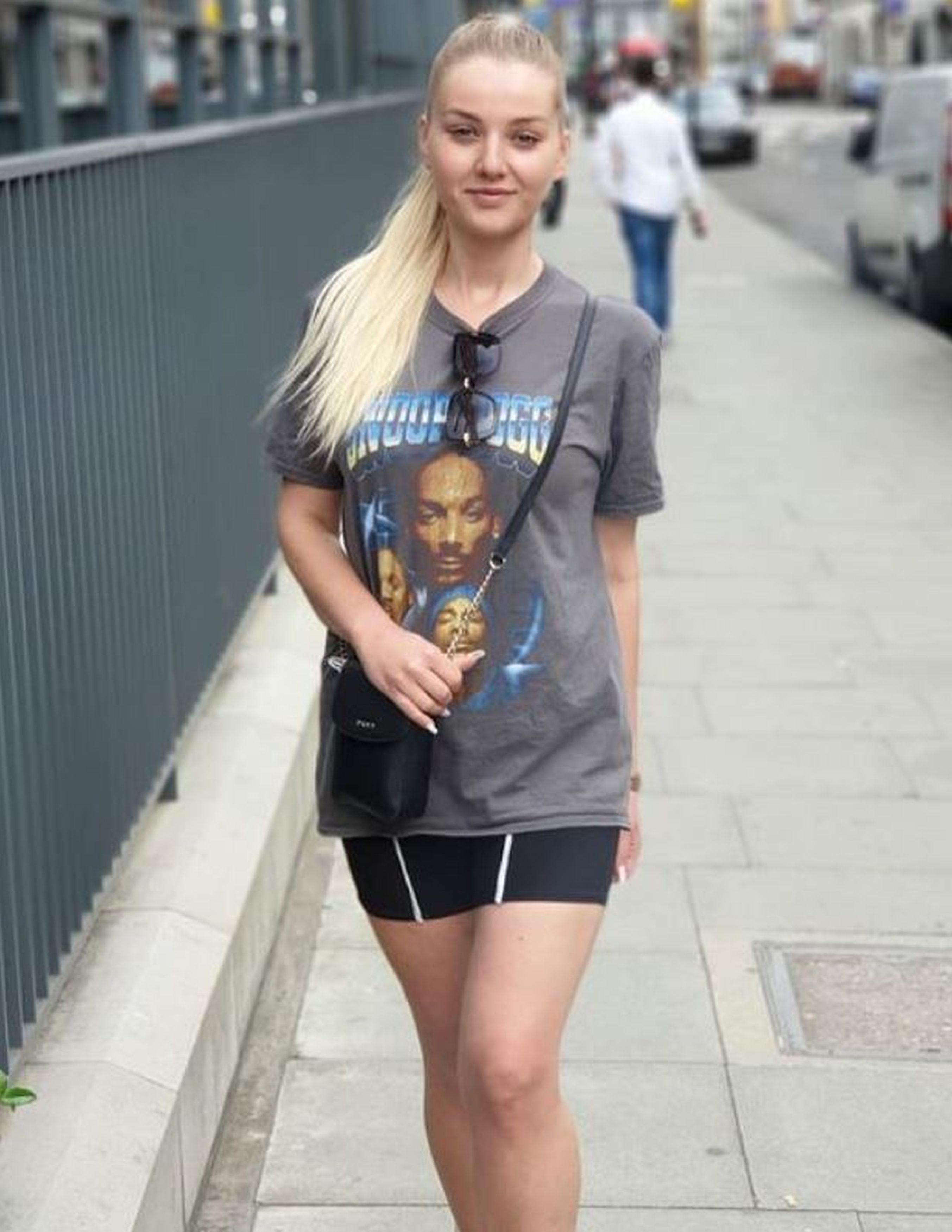 "By 12 I was depressed and through secondary school my anxiety and depression got worse and it deepened my need for food for comfort.

"If anything bad happened I would just eat more. If anyone bullied me at school I would go to the shop on the way home and buy four big packets of crisps, chocolates and soft drinks.

"I would eat it all and get so full to the point I would feel sick.

"Sometimes I got so full I had to just go to sleep, other times I would throw up but I wasn't purging on purpose I was just that full."

Ola says the bullying had affected her self-esteem so much she found herself seeking romantic attention in the wrong places, and pushing away those who genuinely cared about her. 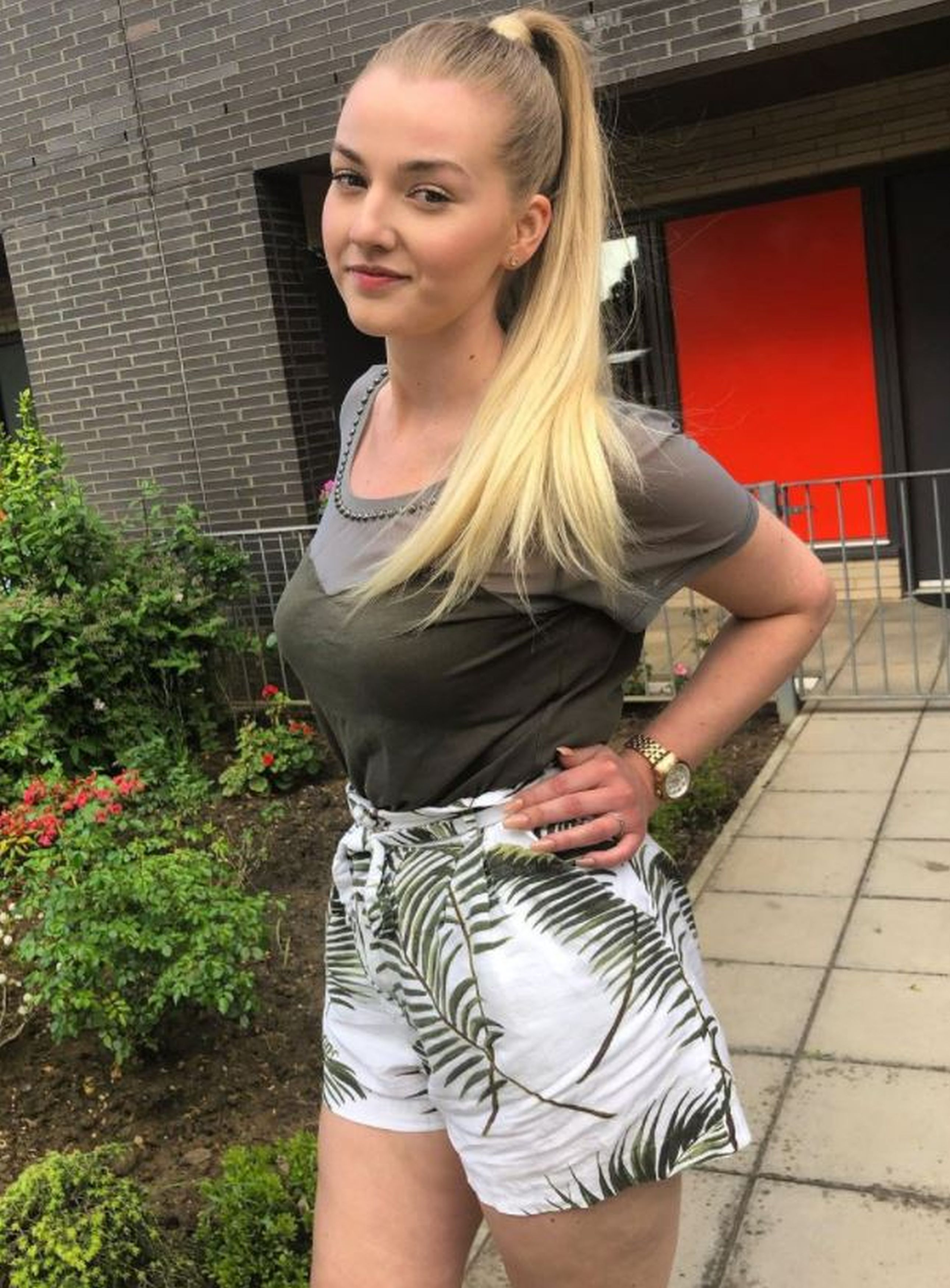 "The way I was treated as an obese child really affected my relationships as a teenager and as an adult,” she revealed.

"As a teenager I started seeking love from anyone I could get it from and boys that I shouldn't. They all tried to pressure me to lose weight.

"As I got older, I assumed that the only job for me in a relationship was to be skinny and beautiful.

"I couldn't trust anyone because I had no confidence. If anyone told me they liked me, I didn't believe them. I thought they just wanted something from me. 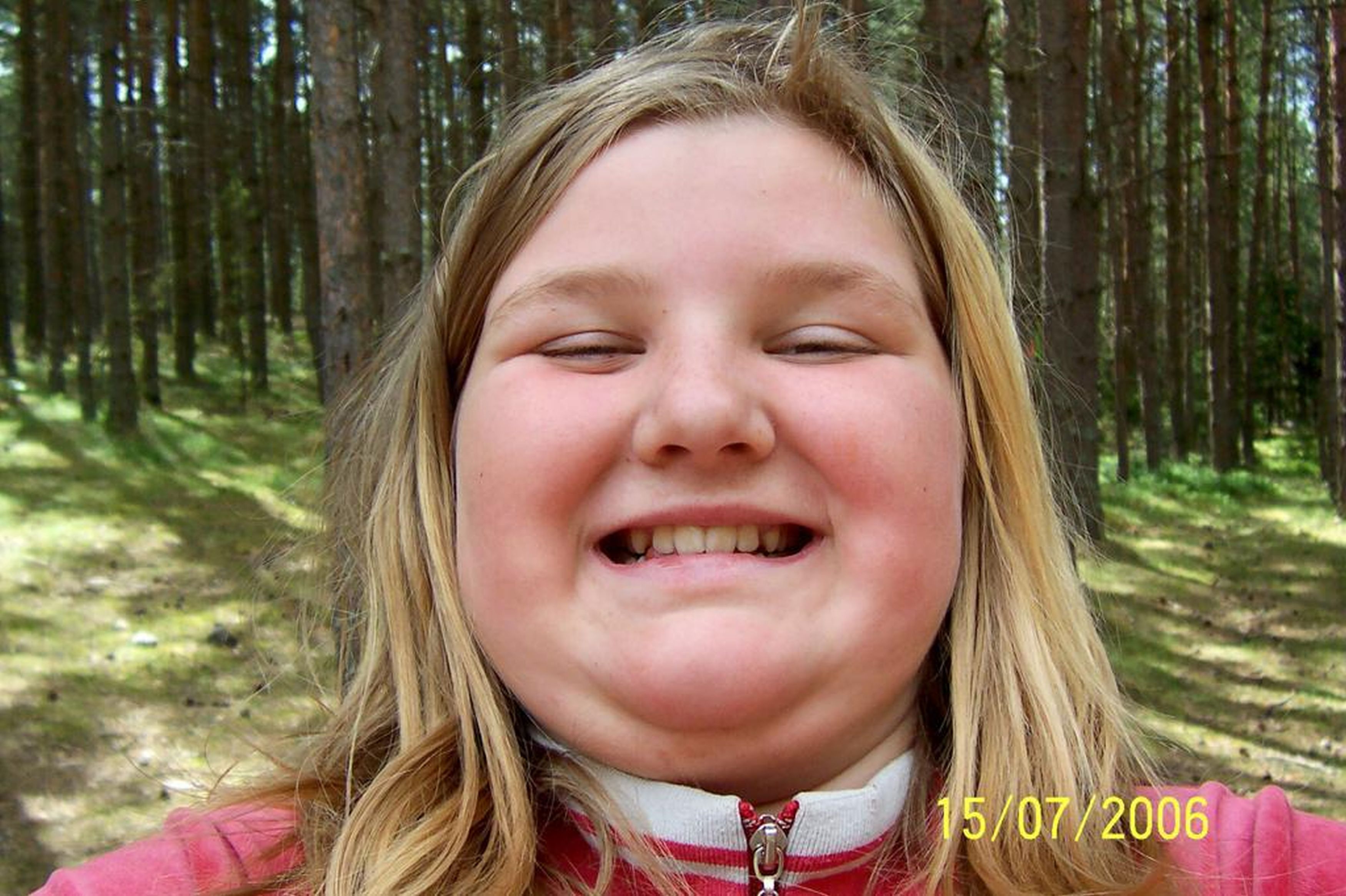 "Any relationships I have had have ended because I didn't love myself and so couldn't believe that anyone else would."

After a bad break-up when she was 19, Ola wanted to overhaul her lifestyle and have a fresh start when she left London to go to university.

She invested in a personal trainer who educated her about her relationship with food, and she set about working out three times a week.

Ola, who works in digital marketing, also discovered a love of walking and swimming, and she also learned about how to prepare her favourite snacks in healthy ways. 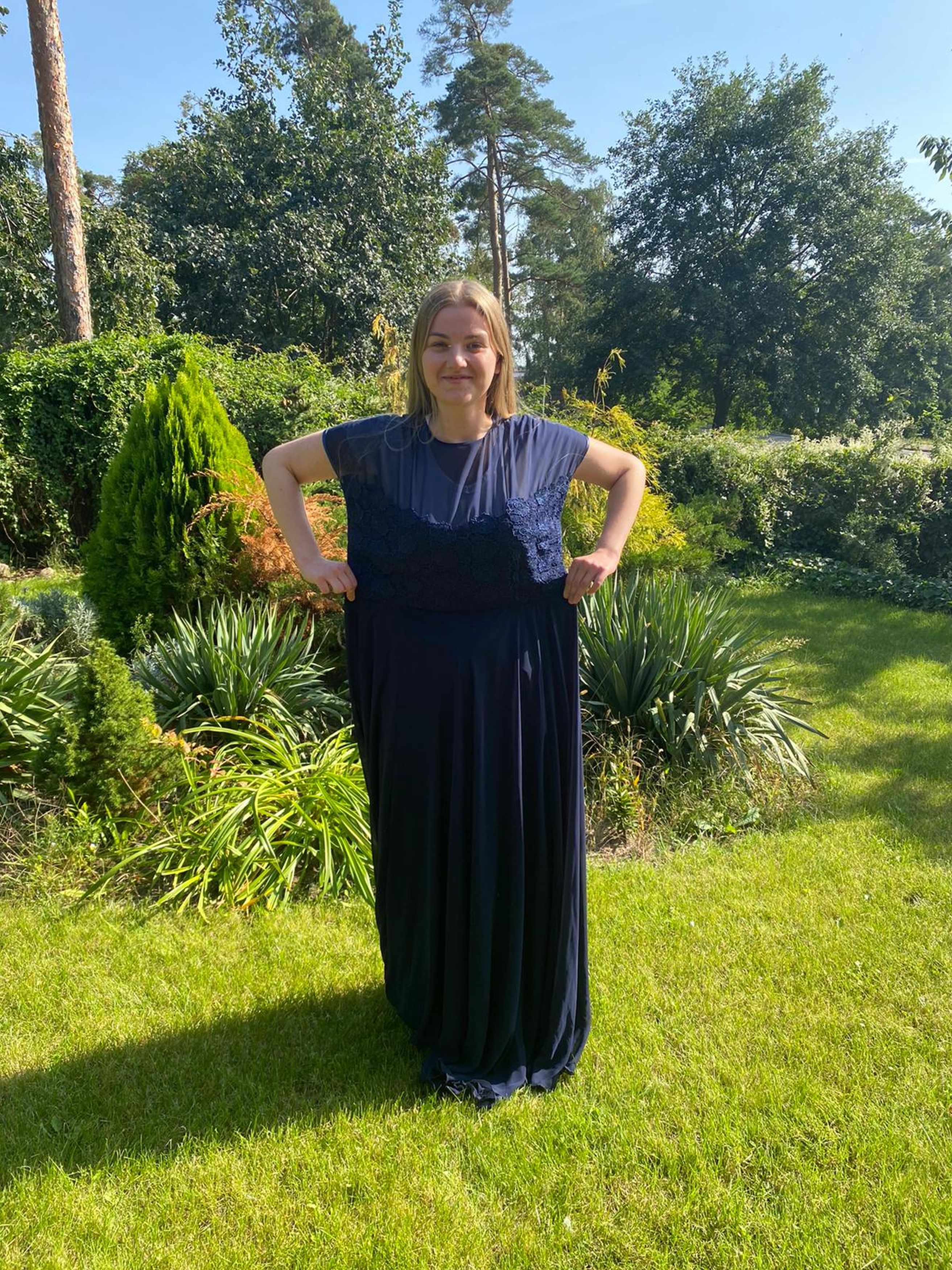 She kept eating her favourite foods, such as ice cream, crisps and chocolate, but used moderation and planned out a healthy menu of three meals and two snacks a day.

Ola ensured her intake was made up of 50 per cent fruit or veg, 25 per cent protein and 25 per cent carbs, and she swapped frying for grilling and oil for light calorie spray.

But her biggest turning point was looking after her mental, as well as physical, health.

She’s since lost an impressive 8st 6lbs, weighing just 10st now and fitting into a trim size eight, and says she wants to use her story to inspire others. 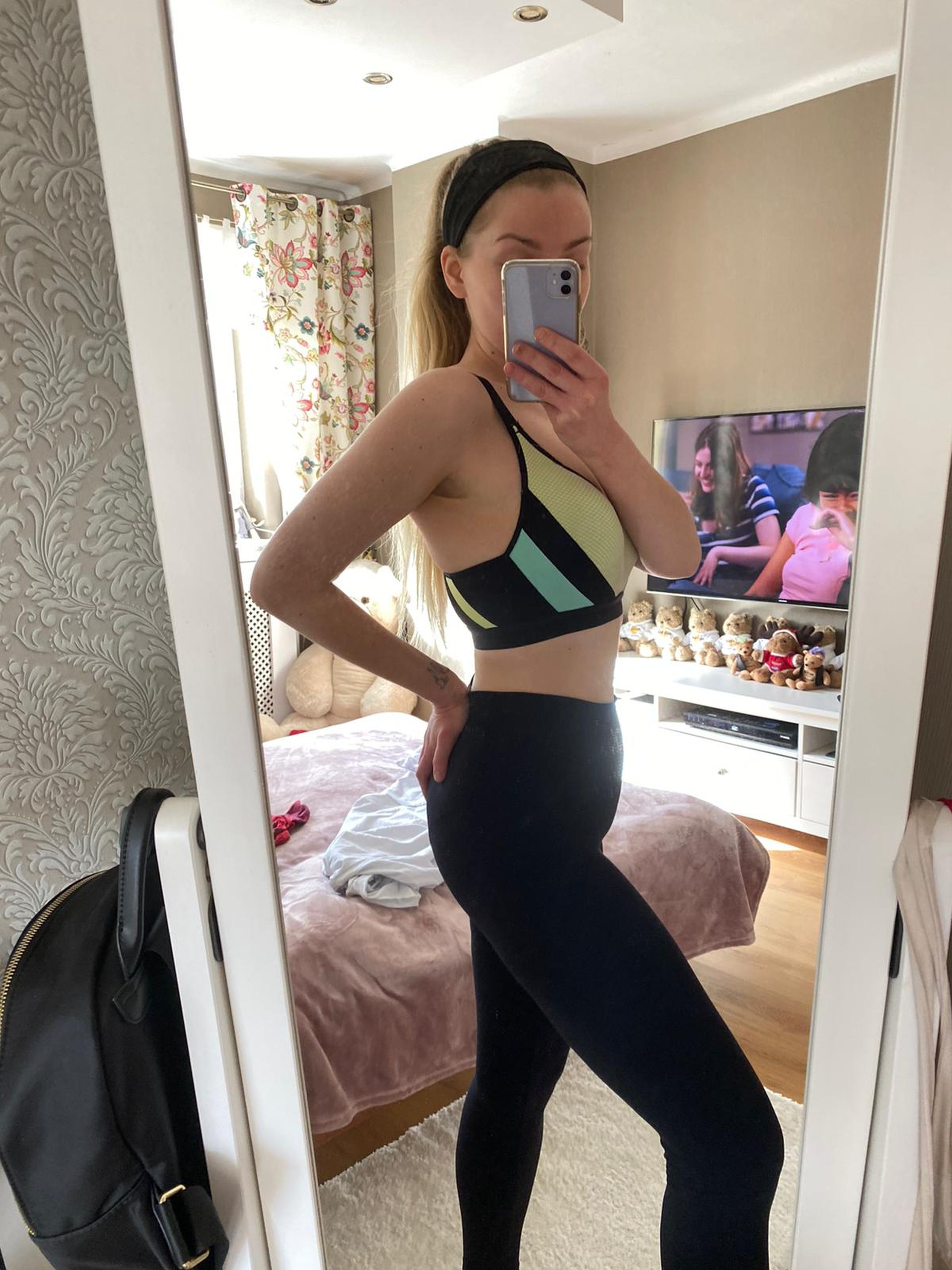 Ola added: “When I decided to move from London, I think I was running away from everything and everyone who had hurt me and bullied me.I wanted a fresh start, a new healthy life.

"I was so lucky to meet my PT. She taught me how to have a completely new relationship with food.

"And she was one of the first people to really believe in me. Nobody else did. 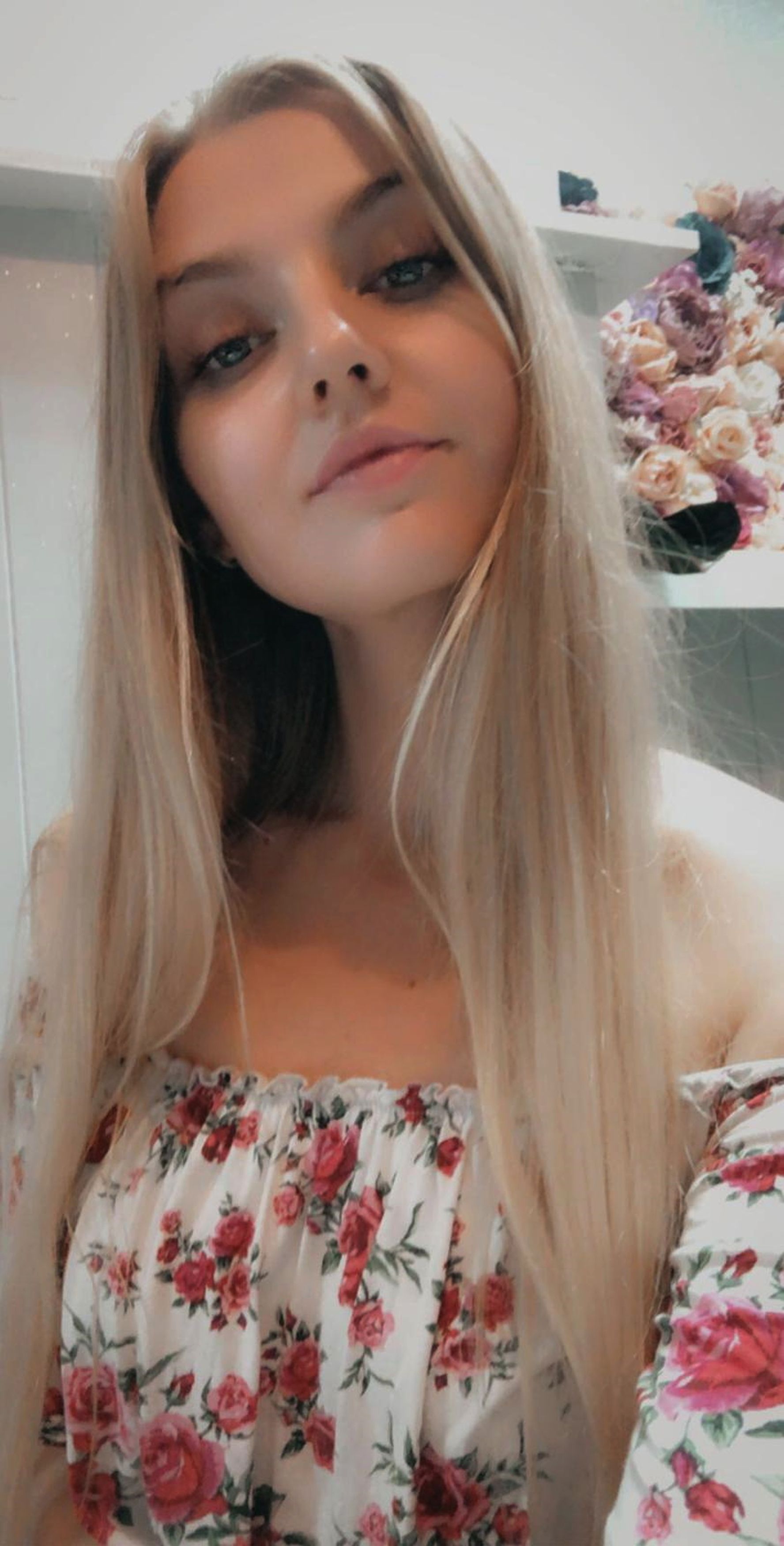 "Changing my environment from one where people were telling me 'you can't do it' to 'you can achieve whatever you set your mind to' was the best decision of my life.

"I have learnt that mental and physical health are so connected and understanding that has helped me find inner peace and helped me enjoy exercise and healthy eating even more.

"I am learning to love myself but it has been the biggest journey of my life and it's still ongoing."

Her incredible journey has insured her to change careers to become a nutrition coach, so she can help others in a similar situation. 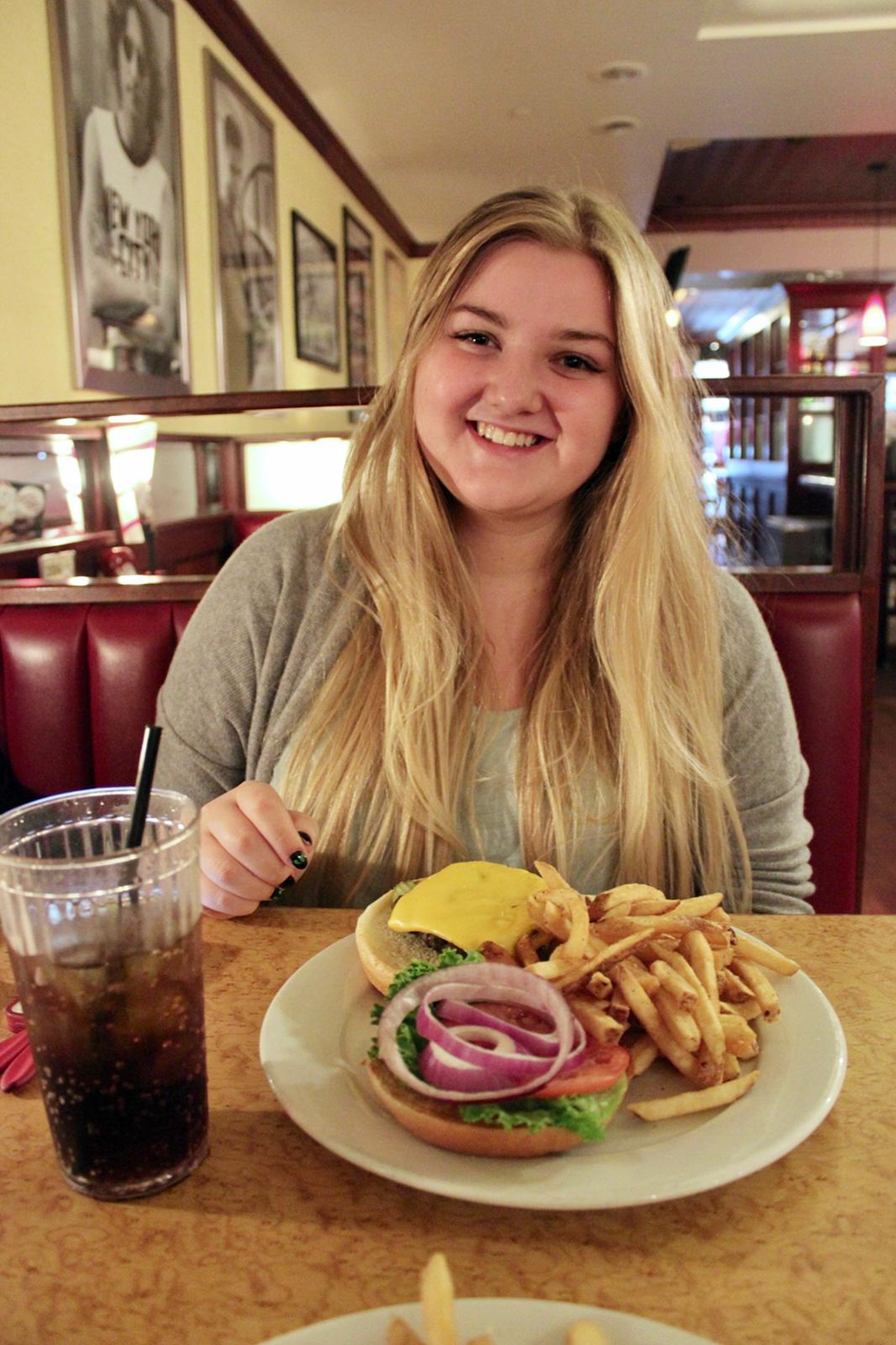 Ola said: "My weight loss has helped me feel more comfortable and confident in my own skin than I ever have done before.

"I want to inspire and help other people to do the same. I want to become a nutrition coach to help people with their eating and exercise and also be there as emotional support. 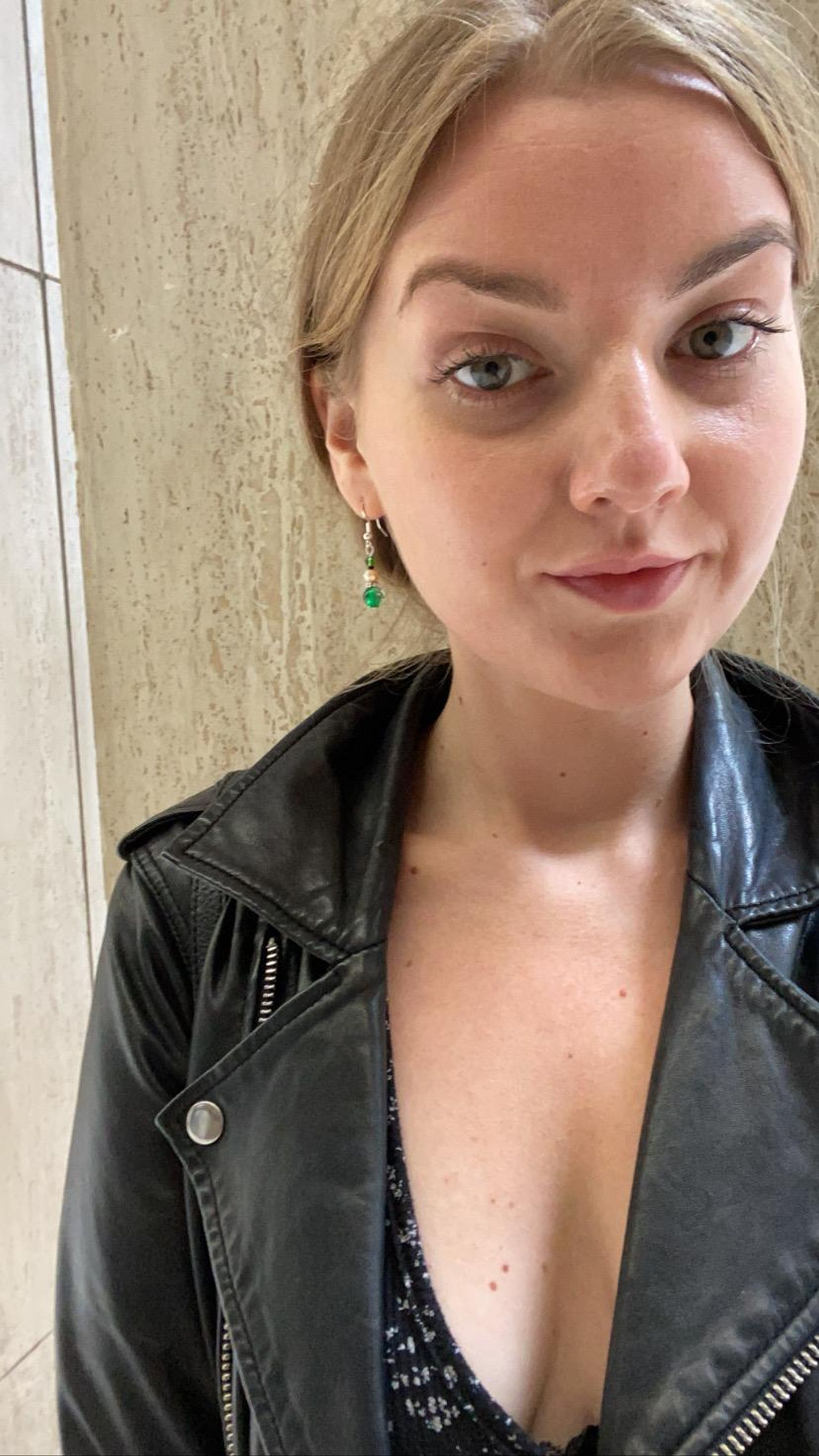 And this mum too fat to play with her kids nicknamed ‘Miss Slinky’ after shedding 7st 3lbs.

Plus James Corden shows off incredible weight loss after losing a stone in five weeks on new diet.