A MUM has revealed the moment she claims she was told to “glue” a face mask onto her crying toddler’s face during a flight.

Ali Cleek was flying with Southwestern Airlines from Orlando to Norfolk, Virginia, with her husband and two children, four and two.

Her two-year-old daughter Drew was crying and would not keep on her mask.

Ali wrote on Instagram: “Drew is a thumb sucker and her only way she biologically knows how to soothe herself is by sucking her thumb which is damn near impossible with a mask.

“Well two flight attendants stood over me watching as we held her down and tried to get her to wear it.”

Ali said there were “lots of tears from Drew and I” and she claims she was “left shaking” from what the flight attendant allegedly said next.

She added: “And then it happened… the flight attendant told me two things.

“1. We could cut a hole in it (her sarcasm was absolutely ridiculous and infuriating).

She added that she understands that wearing a mask is a “federal mandate.”

Ali continued: “I respect it. But at some point we have to have human decency. Compassion.

“I really don’t have words….. I’m still shaking. And pray to God no one has this kinda situation happen to them.”

In a statement emailed to FOX News, Southwest Airlines said: “The federal mask mandate for travelers has been in effect since February 2, 2021 and requires all passengers over the age of two to wear a mask at all times throughout the travel journey.

“We [Southwest] appreciate the ongoing cooperation among our customers as we work, collectively, to follow the federal mandate and support the comfort and wellbeing of all who travel with us during the ongoing COVID-19 pandemic.”

The statement continued: “As a note, customers are reminded of the federal mask mandate multiple times prior to travel. Southwest provides reminders during the booking process on our website; in pre-trip emails sent to customers prior to departure; and as a part of a customer’s Health Declaration Form that must be acknowledged during the check-in process on the Southwest app, Southwest.com, Southwest’s mobile website, and airport kiosks.”

I respect it. But at some point we have to have human decency. Compassion.

Ali said she reached out to the airline and received a call from customer service with an apology.

“They said they would essentially talk to the flight crew,” she claims.

Beyond the apology, Ali said she hopes there’s been communication around the company about what to do in similar situations.

She added to Fox: “I know I never want another parent to be in tears on an airplane because their 2-year-old won’t wear a mask. 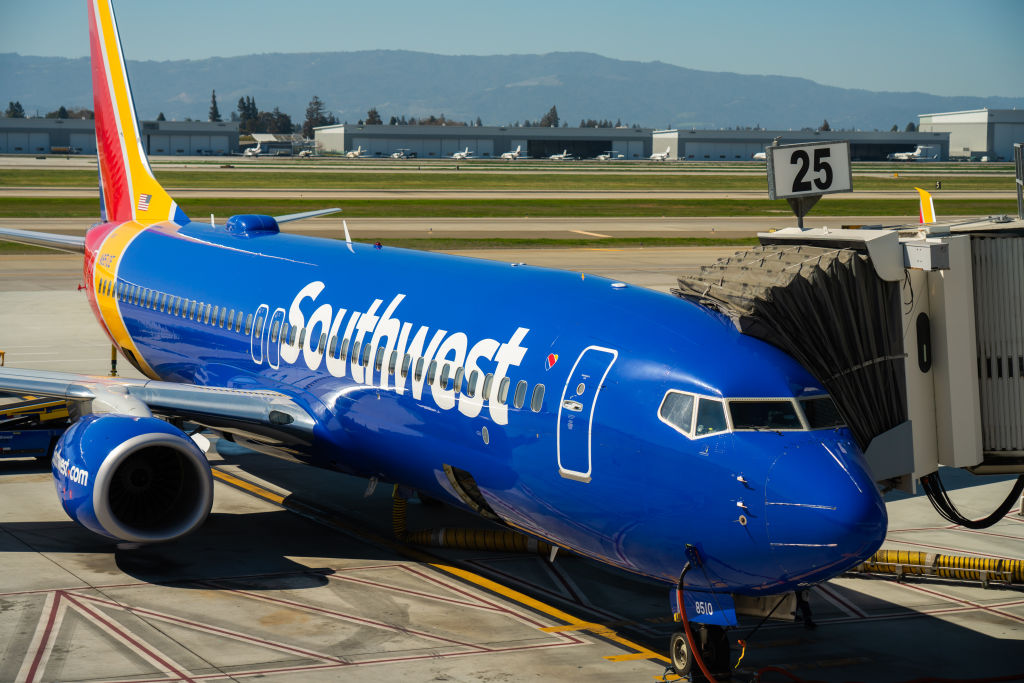 Here how you can recycle your facemask and stop it turning into plastic rain – join our campaign and save the planet.

And a mum-of-two beauty therapist, 34, kicked off Ryanair flight to Ibiza after downing wine and refusing to wear face mask.