A MUM has shared the incredible story of how her “miracle” son was born, despite the fact she had an abortion.

The woman, from the US, took to TikTok where she shared her story, and she has been applauded for her bravery. 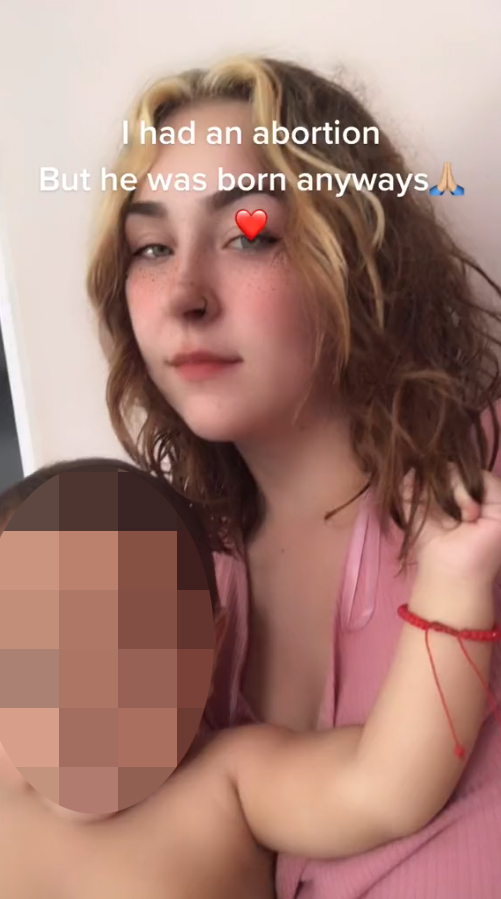 Sharing a video of her baby, she wrote: “I had an abortion but he was born anyways.”

The woman, who was already a mum to a son from a previous relationship, became pregnant last year and decided to go ahead with the termination due personal circumstances.

“I did that because we were both in situationships with our previous children’s parents,” she explains.

“We weren’t stable financially or mentally.”

The mum opted for a non-surgical abortion, requiring her to take a course of pills that work by blocking hormones and terminate the pregnancy.

She explained that she took one pill at the clinic and four more at home vaginally, and the next morning she experienced bleeding, assuming that the abortion had been a success.

The mum went on to explain that despite her bleeding she went on to experience pregnancy symptoms for a further five days, with the clinic instructing her to take a second dose of the pills.

She repeated the process and experienced the same bleeding in what she described as a “textbook abortion.”

The mum explained that patients are then instructed to take a pregnancy test a few weeks after their abortion – and she was shocked to discover that hers was positive.

She returned to the clinic where a practitioner confirmed that she was still expecting and referred her for a surgical abortion, but the cost meant it wasn’t an option for the mum as the clinic didn’t offer refunds.

“So I left, deciding I was having a baby,” she explains.

What is the abortion pill?

The medicines are prescribed by the hospital or clinic, and you usually take them 1 or 2 days apart.

The pregnancy is passed (comes out) through the vagina. This usually happens several hours after you take the second medicine.

It does not need surgery or an anaesthetic.

It involves the following steps:

Sometimes you need to take more doses of misoprostol to get the pregnancy to pass.

Occasionally, the pregnancy does not pass and an operation is needed to remove it.

While her pregnancy “wasn’t great” the mum reveals that she married the baby’s father just before he was born.

Her son was born on Christmas Eve, the abortion pills caused him to be born with a club foot which he is having corrective surgery, but he is otherwise a very healthy and happy baby.

Many of her followers have questioned how the mum could love her baby, but she insists that he is both loved and wanted.

She mum said: “I love my kid, of course I do, I decided to have him, I could have still got the surgical abortion.

She added: “He’s a textbook miracle.”

The mum’s followers were quick to applaud her bravery, bolstering her in the comments.

One wrote: “You don’t have to justify yourself to anyone, you did what you thought was right at the time, and you have a beautiful son.”

“Hunny you don’t need to explain or feel bad for ANYTHING LIKE THAT,” agreed another.

A third added: “You’re so strong and brave.” 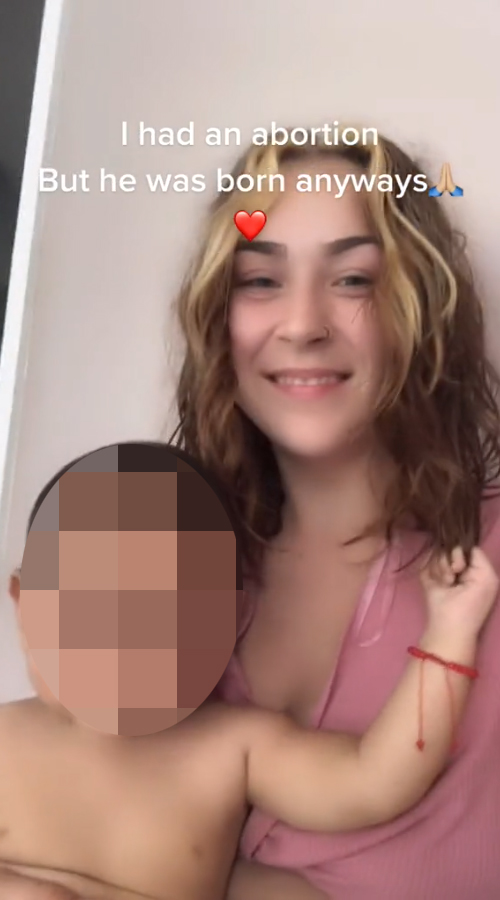