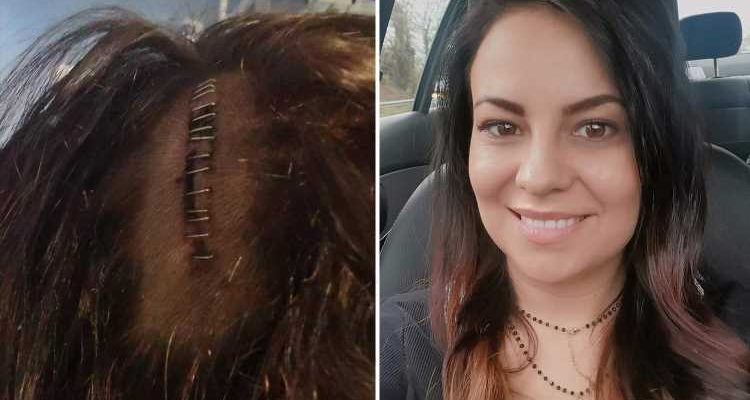 MUM-of-three Alina Wirzynkiewicz was getting ready for a meeting at her daughter’s school when she began to feel woozy.

It was important that she looked the part, so she went upstairs to check her reflection in the bathroom mirror. 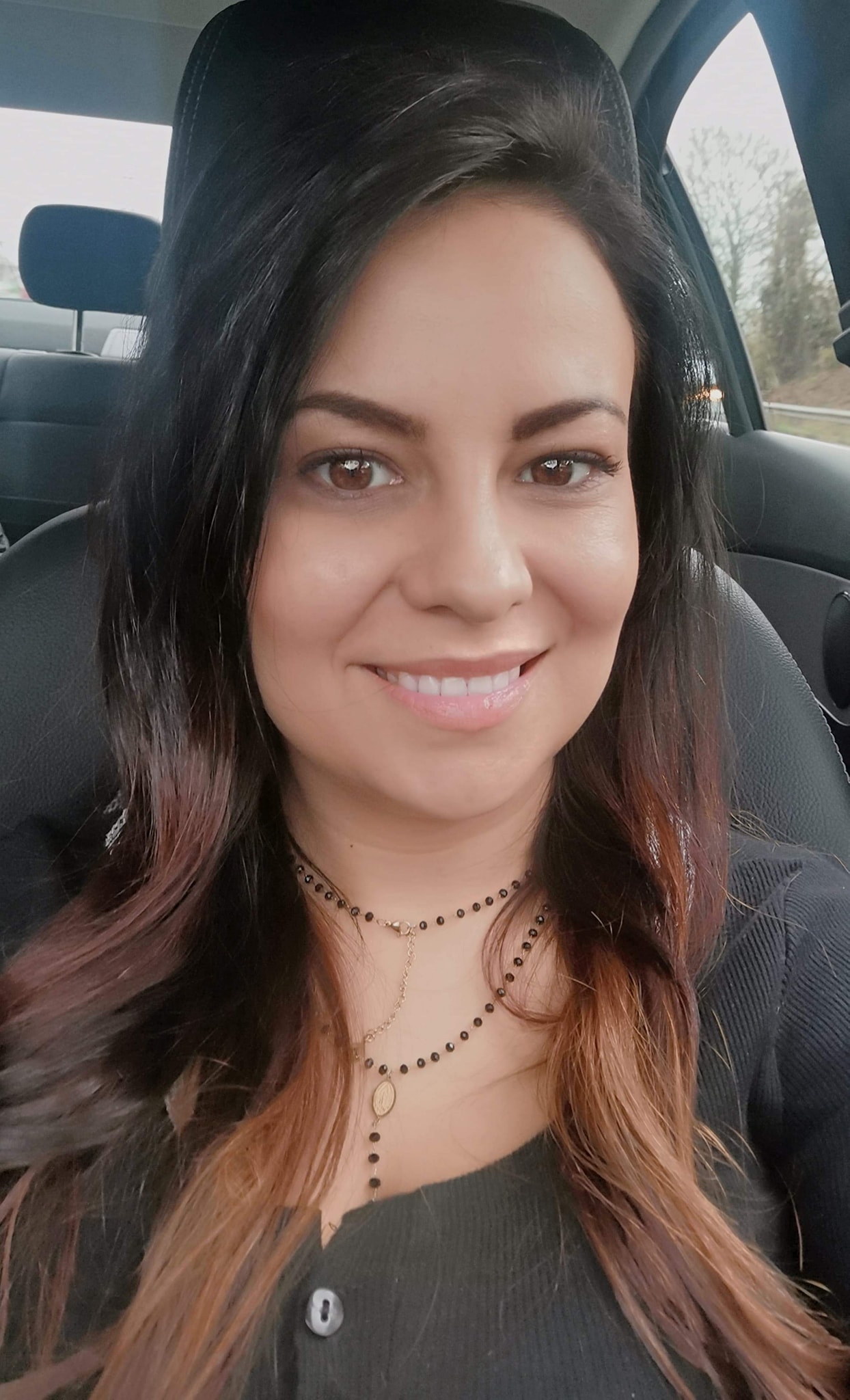 But that simple action was the start of a drama that would change her life forever.

Because when Alina looked at her own reflection in her mirror, she couldn’t understand who it was staring back at her.

“I looked into the mirror but I didn’t understand who was looking back,” says Alina, now 33, from Belfast. “Logically I knew it must be me. But I didn’t recognize this person at all.

“I was home alone. It was really frightening and disorientating, I didn’t know what to think.

"I went downstairs and couldn’t recognise my front room, it felt like being in a different house.

“It felt like a different level of consciousness. I knew it was my house but it felt so unfamiliar.

“I was starting to feel sick but I had to pull myself together. The meeting at the school was important for my daughter Amelia and my kids mean everything to me.”

But by the time Alina reached the school she had a splitting headache and the world was starting to spin.

'I THOUGHT I WAS GOING TO DIE'

“I thought I was going to die,” she remembers. “It literally felt like my head would explode. I managed to give an excuse to the school receptionist.

“I have a friend who lives round the corner from the school so I made it to her house. We called the GP and she told me to go straight to A&E.”

In Belfast’s Ulster Hospital in October 2019 doctors performed scans of Alina’s brain. Her husband Tym, 33, joined her and they were taken into a side room. 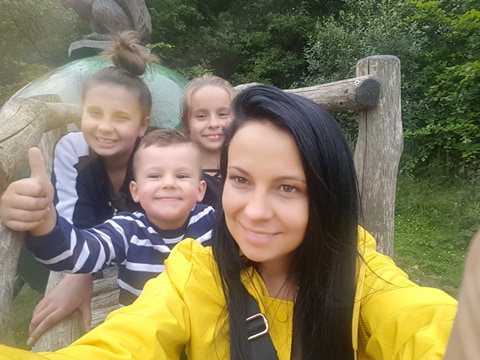 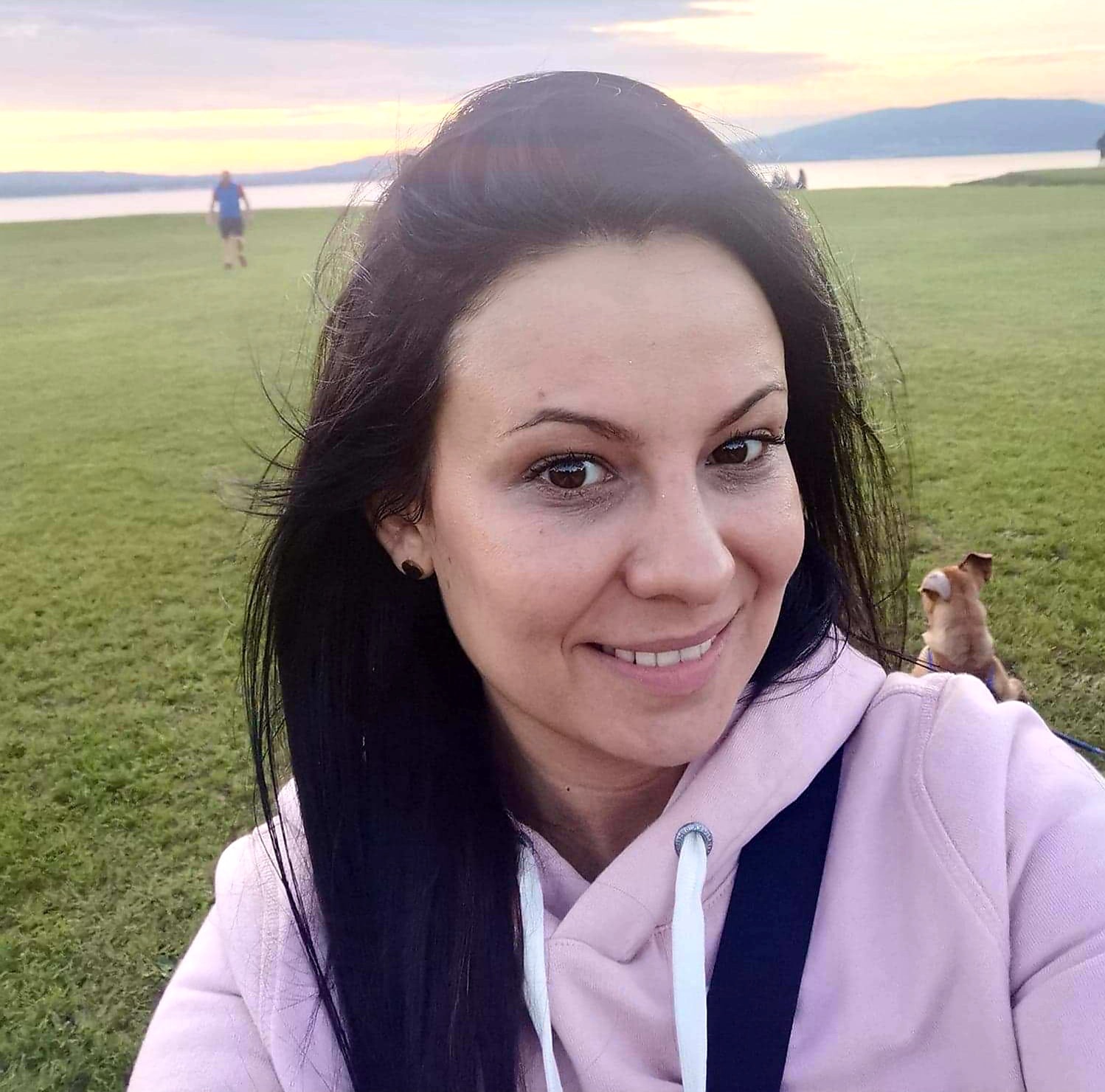 She says at first she didn’t understand what was happening and feared she might have had a stroke.

“I was worrying they were going to tell me off for my poor diet,” says Alina. “I was a typical mum, eating on the run and in-between my shifts as a cleaner.

“I was so focused on taking care of my children and my husband but I knew I needed to take better care of myself.

“I thought maybe I’d had a small stroke but instead they told me I had a tumour in my brain, behind my right eye.

“The doctors said it was too risky to operate because of the position it was in my brain.

"At that point the room spun and I fainted. I just could not understand it. I was only 32 at the time. I thought I was too young for cancer in my head.

“When I came round I asked the doctor if I could be cured and he said ‘absolutely not’.”

Alina was diagnosed with a grade three anaplastic astrocytoma and
offered chemotherapy and radiotherapy on the NHS to slow the progression of her tumour and buy her extra time. But she decided it wasn’t enough.

“I have three children,” she explains. “I have a 13-year-old daughter, Amelia, and she needs me.

"I have a 10-year-old daughter, Alicia, and she needs me. I have a five-year-old son, Alexander, and he needs me.

“Dying was not an option. I knew I had to be like a tiger mum and put up a fight to be around to see my children grow up.” 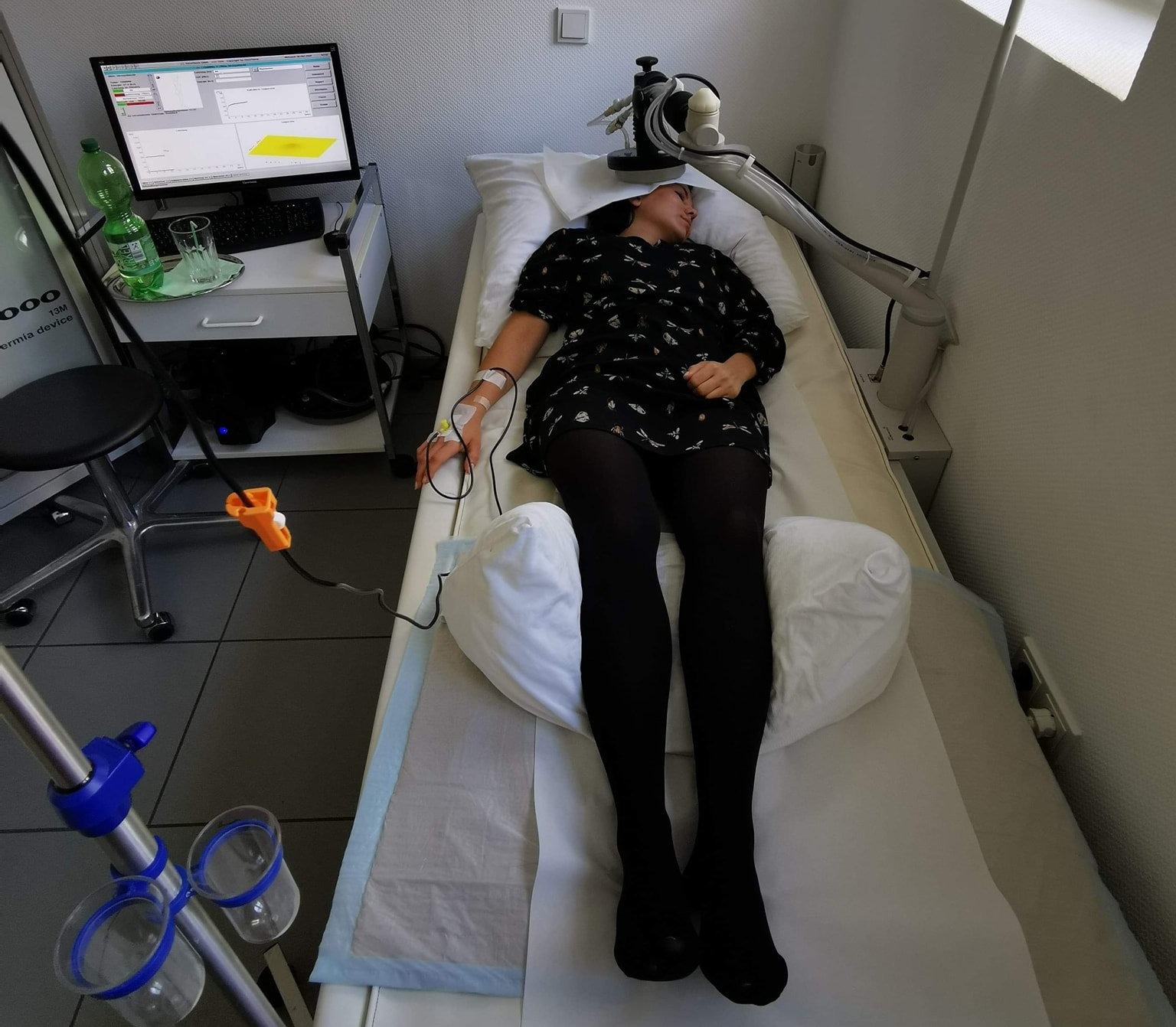 What is anaplastic astrocytoma?

An anaplastic astrocytoma is a form of malignant brain tumour that is fast growing.

It is a type of astrocytoma, a tumour that originates from cells in the brain rather from somewhere else in the body.

Astrocytomas are the most common type of primary brain tumours.

They support and protect the neurons (nerves) and help to pass messages between them.

Astrocytes, therefore, are vital in processing information in the brain.

Treatment:
As these tumours are faster growing and more likely to spread, the usual course of treatment is surgery followed by radiotherapy and sometimes chemotherapy.

The course of radiotherapy may be over several weeks.

Alina scoured the internet and found a surgeon in Poland, where she is originally from, who was willing to attempt to cut the tumour out of her head.

But because of the worldwide lockdowns in early 2020 the operation was repeatedly postponed.

It wasn’t until 16th September 2020 that she and Tym finally managed to get over to Copernicus Hospital, in Gdansk, for the surgery.

“I was under for over 10 hours,” she said. “They literally cut my head open.

"When I came round I was told I was the most severe case they had ever operated on.

“I think it was a miracle that I survived the surgery. When I was being wheeled down to theatre I had no idea if I’d ever wake up again, but what choice did I have?” 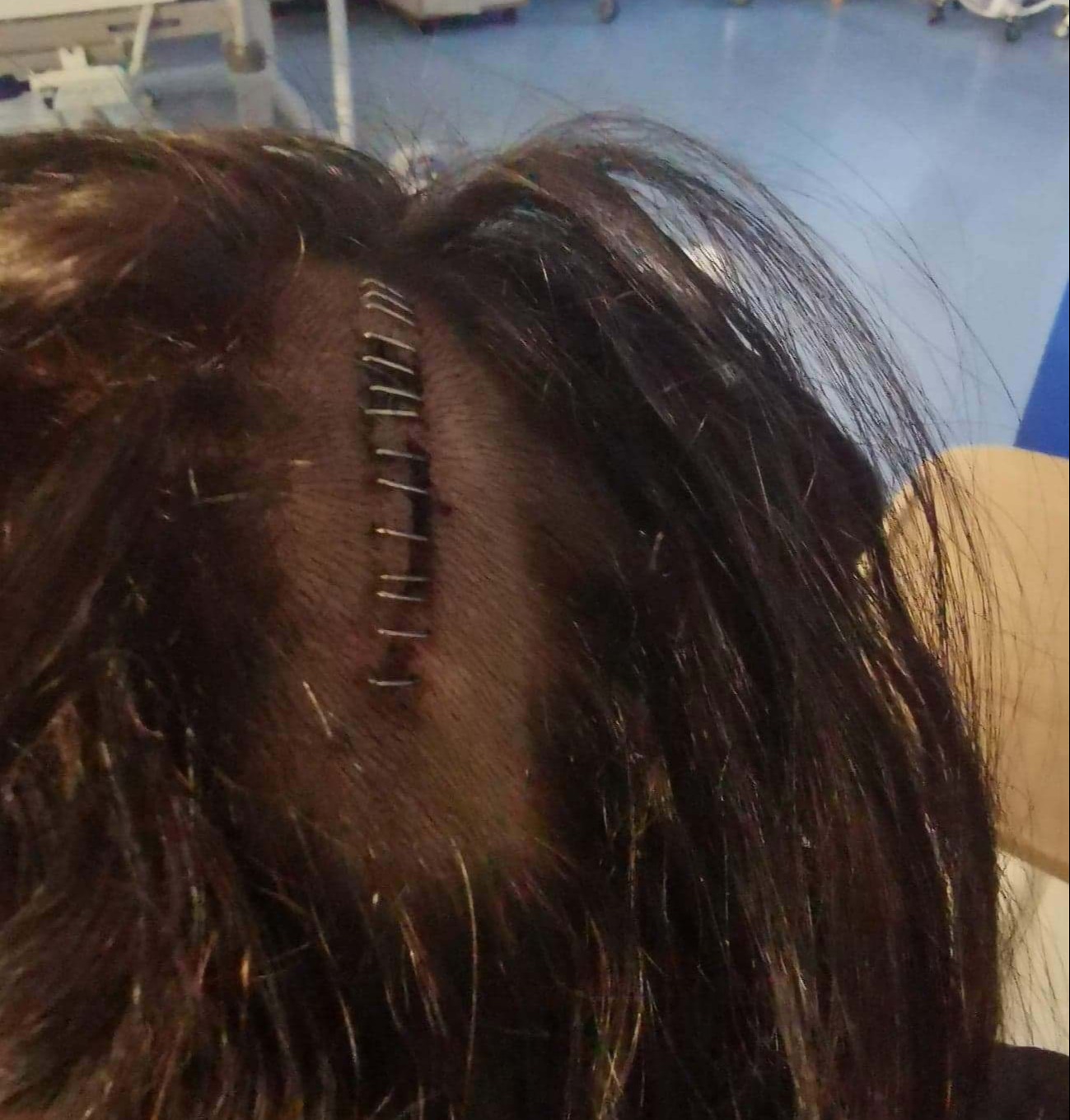 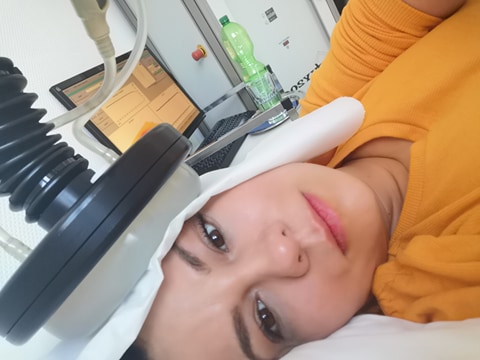 The surgeons had successfully managed to cut away over half of Alina’s tumour, but unfortunately there was still some of it left, so again she started researching her options.

She found a clinic in Cologne, Germany, called Medicolonia, offering bespoke immunotherapy injections, but each course of treatment cost £25,000 (€29,000).

Family and friends rallied round to start fundraising, and Alina and Tym took out as many loans as they could.

In 27th October 2020 she spent a month in Germany, during which time she had two injections, and she has brought further top-up injections back home to Belfast.

She has also overhauled her diet, trying to help herself by eating an organic and vegan diet, as well as meditating and using CBD oil.

Now Alina and her supporters are desperately trying to raise the money needed for more treatments. She says she’s been told it will take at least three more courses to “deactivate” the tumour, and then may require an annual top-up to keep the cancer at bay. 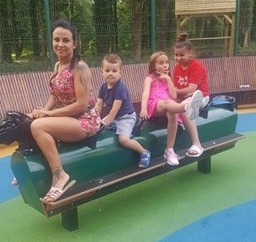 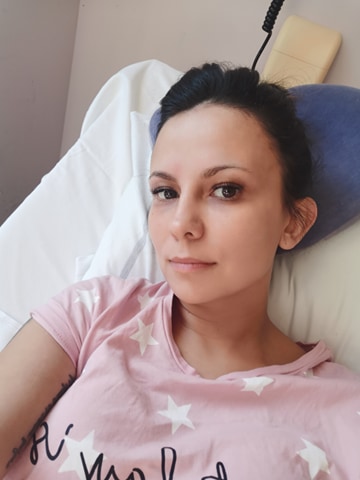 “I’m just a mum, fighting like a tiger,” she says. “I can’t leave my kids so I have to carry on and stay strong. Somehow we’ll find a way.

“Sickness is not a sentence. If you have people around you who believe in you, support you and love you, then you will win.”