WE'RE hardly gym bunnies – but even we know that it can be a good idea to film your workout so you can study your technique and see where you're going wrong.

Four years ago, TikToker Dani was studying to become a personal trainer when she decided to do exactly this. 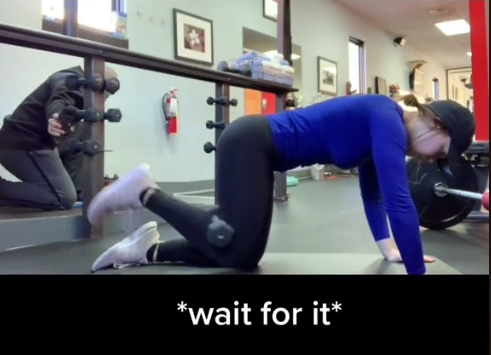 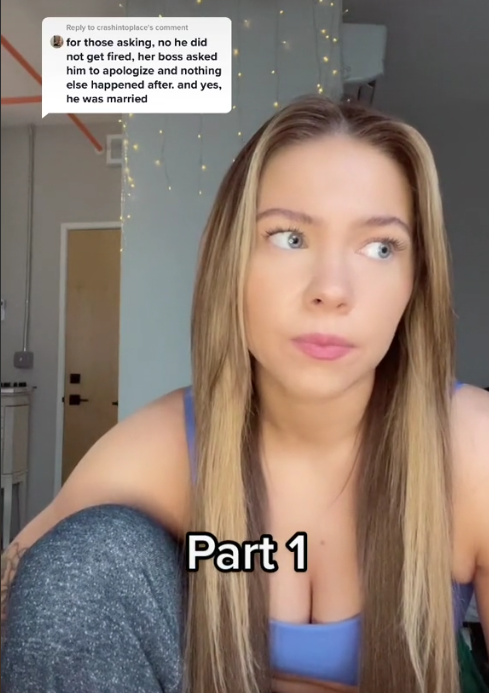 But much to her horror, the video actually captured her married colleague taking close-up videos of her BUM while she had her back turned.

Earlier this week, the now 25-year-old shared the clip on TikTok – which opens with her doing kickbacks on the mat.

At the time, she was working at the gym as a mentor- which involved shadowing other members of staff.

A few seconds into the clip, a coworker is seen standing behind her and he then takes out his phone.

Pretending to change his shoes, the man drops to the ground and is seen taking photos of Dani's bum.

Once he's happy with his shots, the married man drops his phone to the side and focuses his attention on his shoes again.

Meghan & Harry could SPLIT in 2022 to maximise their brand, 'expert' claims

It's at this point that Dani looks up and sees the man – who she claims always made her feel "uncomfortable" – standing behind her.

Already looking sheepish, he relied: "I am?"

In a follow-up video, Dani explained how she only spotted the colleague taking photos when she was looking back over the video that evening.

She said: "He had a very flirtatious personality, I [assumed] maybe he treated everyone like that. This man kind of grossed me out.

"I had no idea what he was doing. I did feel uncomfortable because I knew he was behind me but I did not know he was taking pictures."

"He had a very flirtatious personality, I assumed maybe he treated everyone like that. This man kind of grossed me out.

Understandably, Dani sent the video to her boss – who said he'd "do anything" to make her feel comfortable at work.

She continued: "I never once suggested that he fire him […] as far as I know, he still worked there for a while.

"I ended up leaving – not just because of that but a couple other things. I couldn't even be around the guy."

That said, the man did send her a text saying he was "deeply sorry" for what he had done and claims to have deleted the photo immediately. 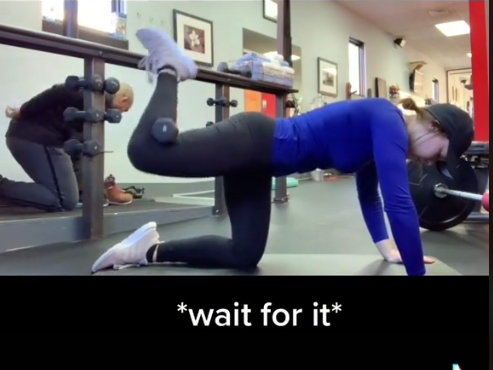 "I do remember I sent him a very long, thought-out response after that," Dani added. "And he basically replied with a thumbs up…"

The next time she saw him person, the man reassured her that he no longer had the photos – to which Dani replied: "Well I just want to let you know that I do." *claps*

"You should have sent the video to his wife," one viewer replied.

"The boss should have fired him regardless of whether you asked or not," another added. "There should be zero tolerance for this kind of thing."

"Can't believe he wasn't fired," a third fumed. "The burden of requesting someone is fired shouldn't fall on the victim."

For more viral stories, a guy this woman was dating shared a photo of his new ‘forever’ woman on Facebook- so she savagely exposed him to everyone he knows.

And this mum was in hysterics as daughter is VERY honest about her older brother during trip to Santa.

Plus this mum was in stitches over Hermes driver’s proof of delivery photo & EVERY parent can relate.