ALL parents know the constant bickering over pocket money with their kids, and how they haggle over the going rate for chores.

But it turns out you may have been massively underpaying – or overpaying – your children, after experts revealed exactly how much you should be forking out. 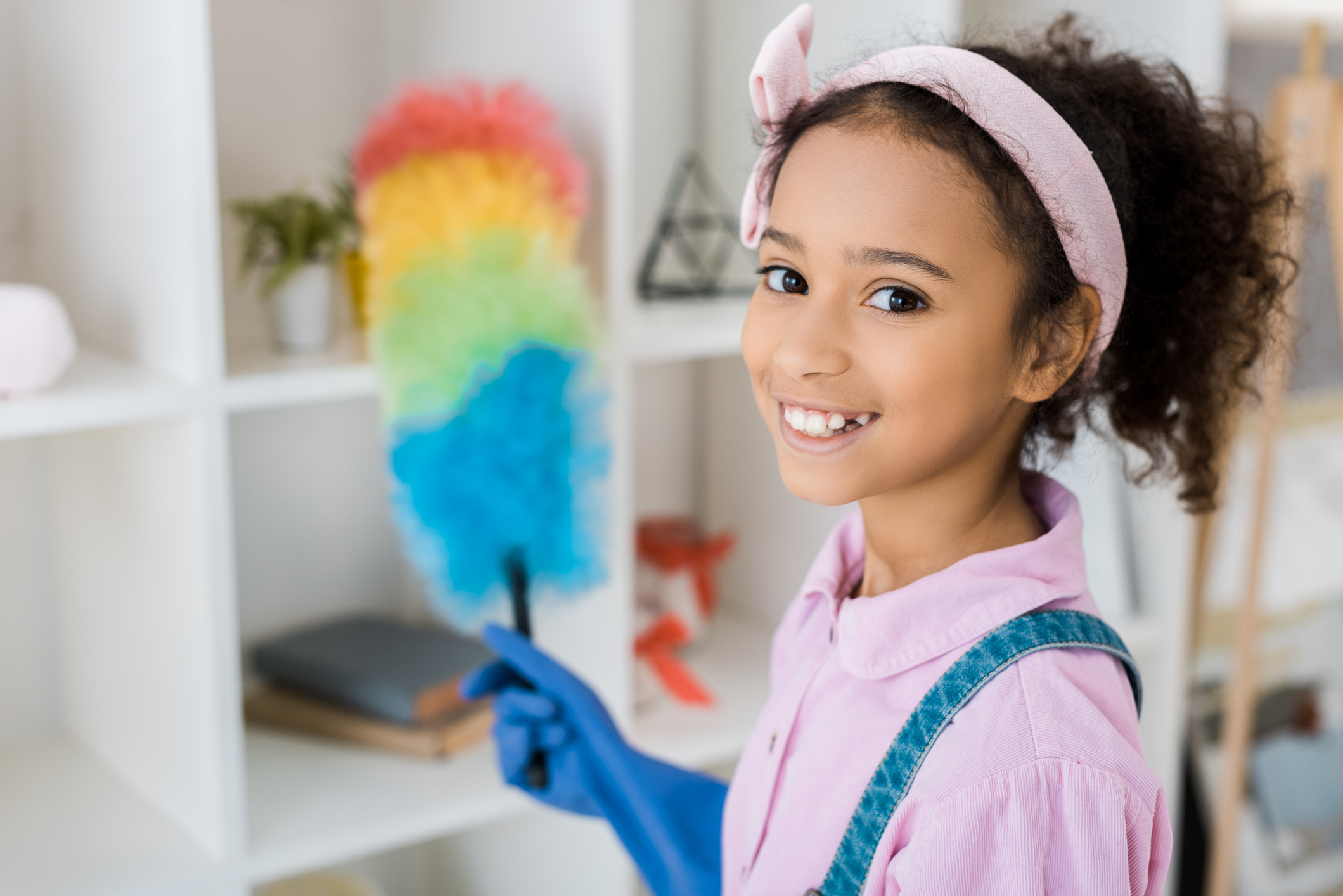 The team from Money.co.uk polled 2,000 parents to find out the going rate for household chores – and which ones parents paid out for.

They revealed the 10 most common taks kids earn pocket money for are washing up, putting away groceries, tidying their bedroom, hoovering, dusting, washing the car, walking the dog, doing laundry, weeding the garden and mowing the lawn.

For those aged between six and seven, £2.37 is the average rate for washing up, followed by £2.37 for putting the shopping away. 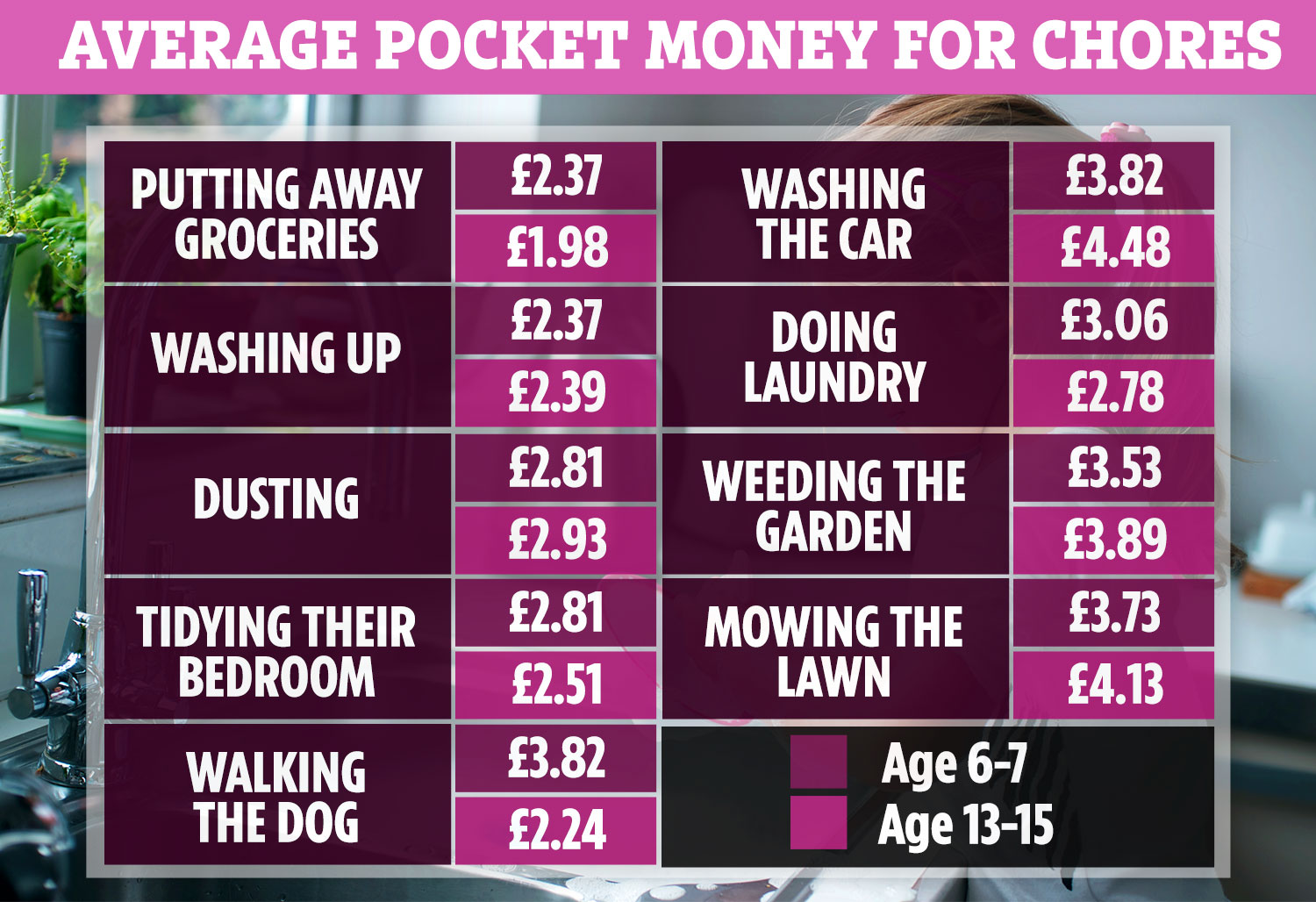 Gardening is the most lucrative chore, with kids being paid £3.53 for weeding, and £3.73 for mowing the lawn.

For teens aged between 13 and 15, results show the rate of some chores has soared – while others have dropped.

Doing the washing up netted nearly the same profit, £2.39, but parents aren’t impressed by teenagers putting away shopping anymore, giving them just £1.98 for the task.

Meanwhile jobs such as washing the car and gardening skyrocketed, with mums and dads handing out £4.48 to scrub the vehicle, while kids can earn themselves £3.89 weeding, and £4.13 mowing.

Tidying and doing laundry also decreased in value as children get older, although they get a few more pence for dusting.

Salman Haqqi, personal finance expert at money.co.uk, said: “Completing household tasks for pocket money is a key part of growing up and learning the value of tasks.

“Two thirds of children receive pocket money for completing household tasks according to our research, but kids feel they are hugely underpaid for their domestic chores.

“Our Pocket Money Saving Tools helps parents and children identify which chores they can do to maximise their pocket money budget.

“Walking the dog, tidying the bedroom and putting away the groceries are the chores that are the least paid but are done the most often.”

“Our tool is a good way to agree to the pocket money payment beforehand without having any unnecessary haggling afterwards.”

Stats also showed parents dole out on average £4.50 for kids aged between six and seven, and £5.21 for those aged eight and nine a week.

Overall 1 in 5 parents admitted to giving their kids between £10 and £20 a week, while 22 per cent of those asked gave them nothing at all.

Meanwhile this cleaning fanatic shares his massive schedule including mowing TWICE a week and people are knackered just looking at it.

And this mum ‘bored’ mum uses cleaning products to give her loo a rainbow theme – but people warn it’s dangerous.

Plus this mum moved her sofa for the first time in years and is horrified by all the junk her kids have dropped behind it.