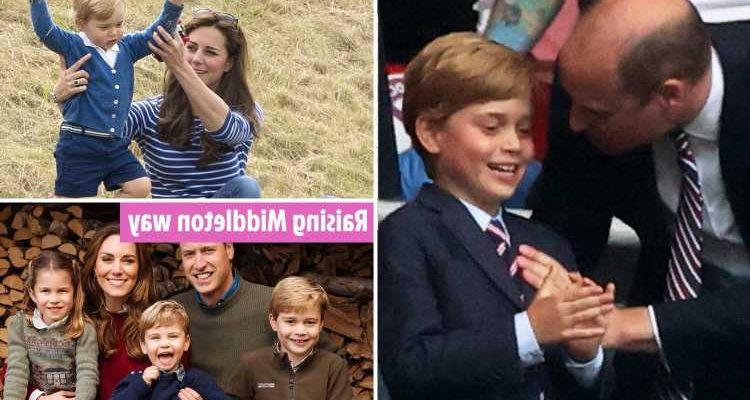 PRINCE George turns eight this week and the adorable prince is looking more like his dad Prince William by the day.

While Kate Middleton and William’s eldest child is one day destined for the throne – the royal parents have tried to give him as normal an upbringing as possible and are slowly getting him ready for the role. 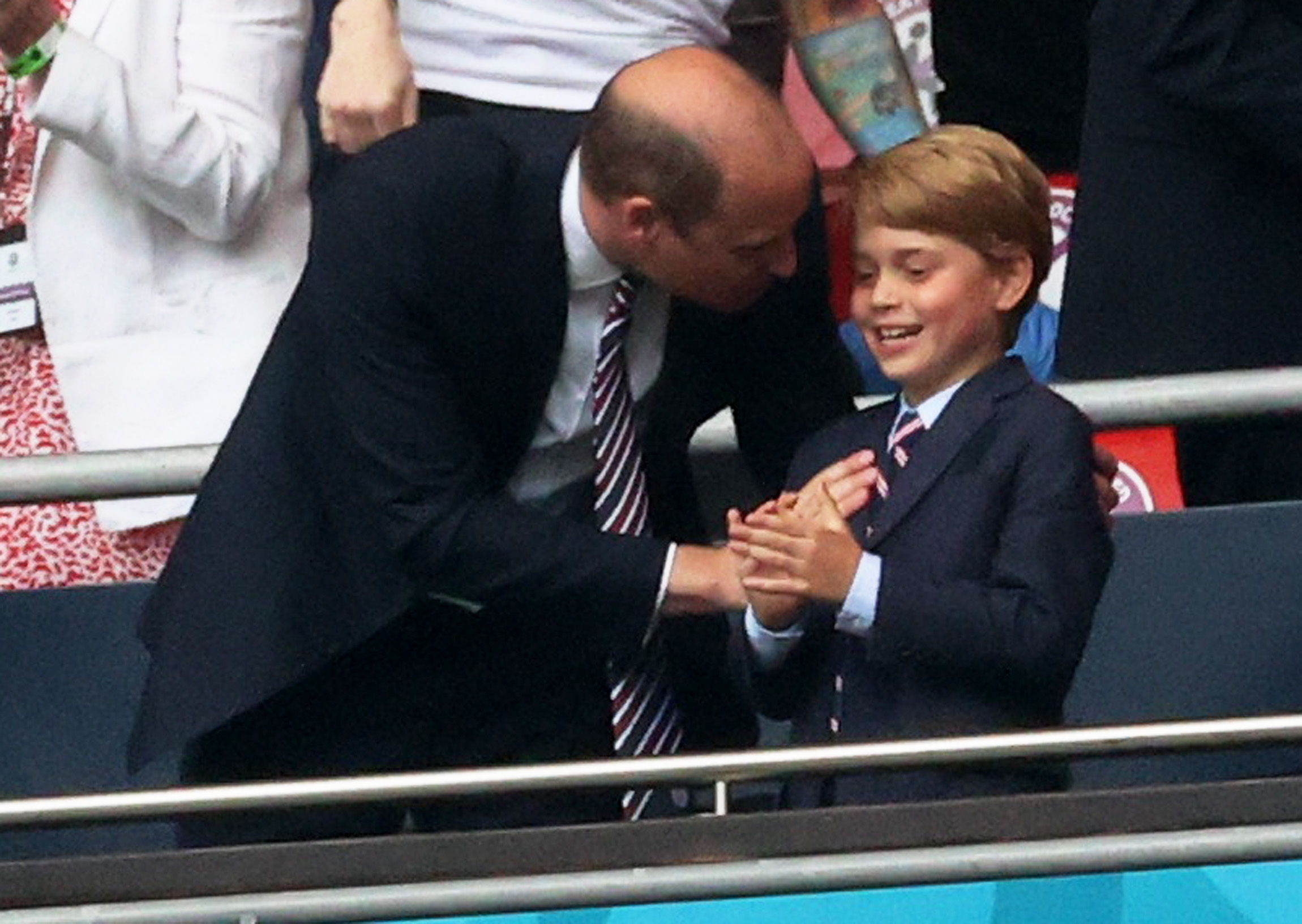 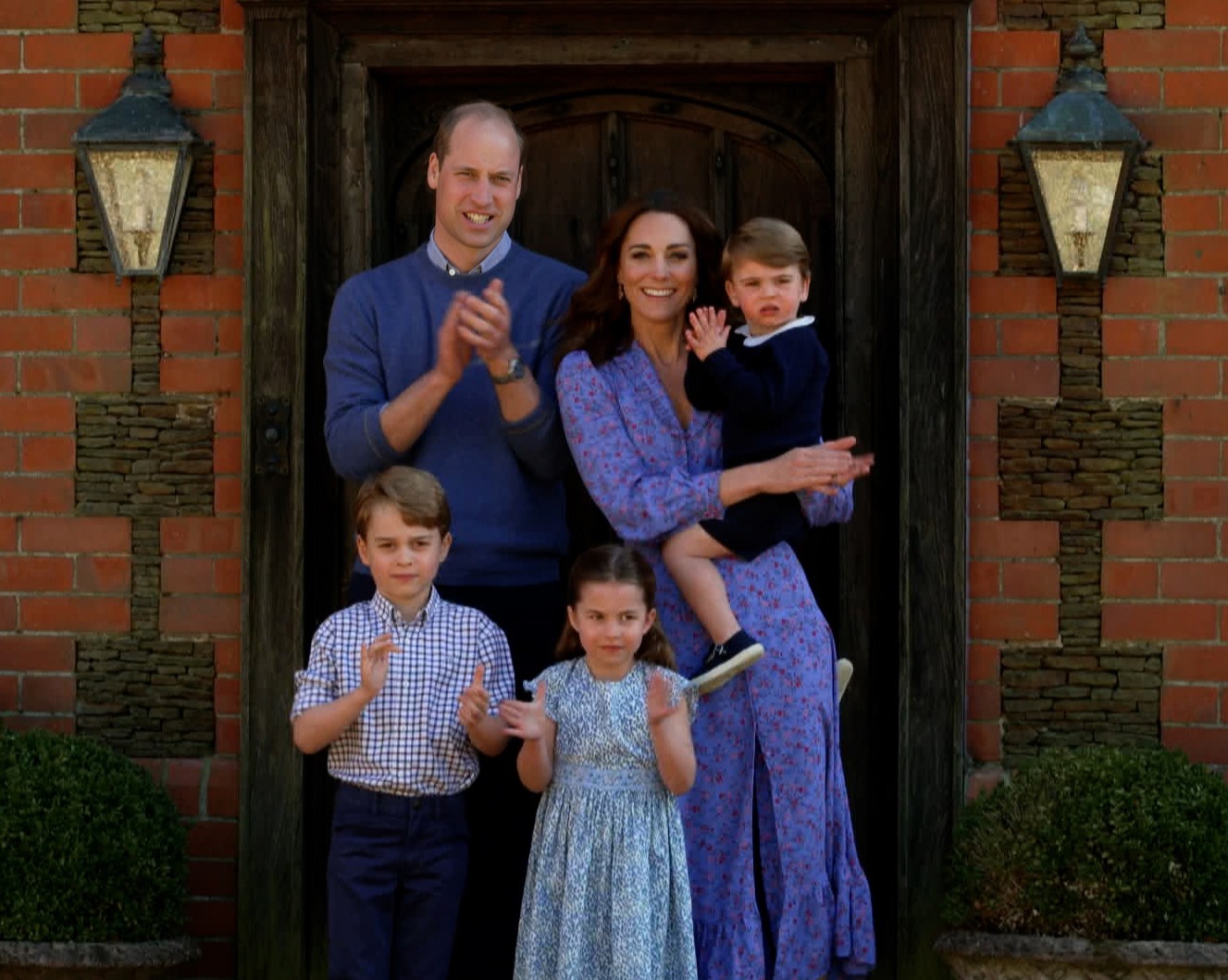 Here’s how the Duke and Duchess of Cambridge are preparing little George to be king one day….

Only told him when he was seven

It has been claimed George was only sat down by his parents and told he would one day become king on his seventh birthday.

Royal author Robert Lacey wrote in Battle of Brothers that William wanted to delay telling George the magnitude of what is to come.

Robert claimed: "From George's earliest days, William made no secret of his wish to spare his firstborn the casual initiation – or non-initiation – that he felt he had suffered as a child."

It is said William wants to reveal his future with the Palace gradually to George so he still gets a relatively normal childhood.

Perhaps William and Kate’s biggest success as parents so far is to create what is clearly a happy, fun and safe environment for George.

Being brought up the Middleton way – not the royal way

Duncan Larcombe, author of Prince Harry: The Inside Story, said that Prince George is being brought up according to a strict family blueprint.

He told Fabulous: “For the future king the only way is the Middleton way.

“Throughout history children born into the royal family – particularly future monarchs – have been brought up the palace way, adhering to the wishes of whoever was king or Queen at the time.

“But this cycle has been broken thanks to a combination of senior Royal’s absolute faith in William and Kate, and the fact they have pledged to bring up all three of their children in the manner their mother experienced growing up.”

He said that Kate’s family life was idyllic, with the Middleton kids growing up surrounded by loving parents who were comfortable but hardly extravagant.

Duncan added: “Like Mike and Carole Middleton before them, William and Kate are ‘firm’ but not that ’strict’ with their children.

“Clearly William and Kate are proud parents aware of the inevitable mistakes along the way, but committed to re-creating the happy days of Kate’s childhood.”

For both of the Euro matches George attended, he was dressed looking smart in a suit and tie and looked like a mini version of dad William.

Royal expert Duncan said that George had requested the look so he could imitate his dad.

He told OK! Magazine: “George idolises his dad. That’s why we saw him looking so smart in his suit – he really wanted to dress like William.”

Body language expert Judi James said to Fabulous: “Dressed like his dad in a suit and tie, George appeared looking like a confident soon-to-be-eight-year-old, showing several signs of stepping up into his royal destiny for the first time.”

A source told the Daily Mail that William and Kate are preparing George for the throne by explaining it like “a story book.”

This is to help the royal kids, including Princess Charlotte, understand what their roles will involve.

The source said: “William and Kate have already talked to George and Charlotte about their future roles, but in a child-like way so that they understand without feeling overwhelmed.

“George knows there's something special about him and that one day he'll be the future King of England.”

Duncan said that although George is being prepped for his future, William and Kate try to separate work and family life.

He said: “William and Kate do their best to never talk shop in front of the children, a rule they agreed when George was just a toddler.

"Although they live in part of a palace, the Cambridges have been at pains to make the apartment at Kensington Palace into a home.

“In one area furniture is arranged around one of the fireplaces so the family can snuggle up round the fire in the winter.”

Raising him in a safe environment so he isn’t shy

Prince George is arguably one of the most famous kids in the country, and the Duke and Duchess of Cambridge have tried to help him feel confident and not shy.

Duncan explained: “Perhaps William and Kate’s biggest success as parents so far is to create what is clearly a happy, fun and safe environment for George.

“A child unsure or overwhelmed by the magnitude of what his will one day become would be shy and withdrawn.

“As we saw from George’s two Wembley appearances, here is a little boy comfortable in his own skin and desperate to join his fellow England fans in the stadium.”

William and Kate do their best to never talk shop in front of the children, a rule they agreed when George was just a toddler.

The stabilisers have now come off

Royal fans were delighted after seeing George happily cheering England as they scored in the Euro 2020 final.

And body language expert Judi said the event signified that George is slowly being incorporated more and more into royal events.

She told Fabulous: “William and Kate’s body language with their eldest son on the balcony at the Euros seemed to mark the moment the stabilisers came off in terms of presenting George to the public as a future King.”

Teaching him to grow up happy and confident

Duncan said William is learning from his own struggles as a child, when it comes to raising his son.

He explained: “Where many royal children have been thrown into the spotlight with a sink or swim approach, William always appears to have used his own experiences of the challenges and pressure of the role to help his son grow up as confidently and anxiety-free as possible.

“This rather cautious and gradual approach worked so well with his marriage to Kate and now they are both apparently agreed on the same route to take their eldest son from fun-loving small boy to equally happy future king.

“George is a very bubbly little boy adored by both his father and kid brother Louis. The young brothers are both mad on football and spend hours in the family’s Norfolk garden kicking the ball into a one-third size net.”

He added that the sweet family video William and Kate released on their wedding anniversary this year gave an insight into their “happy life that would be impossible to stage.”

George’s joyful upbringing seems to also be “breaking the cycle” of grief in the royal family, that Prince Harry mentioned in his chat with Oprah Winfrey. 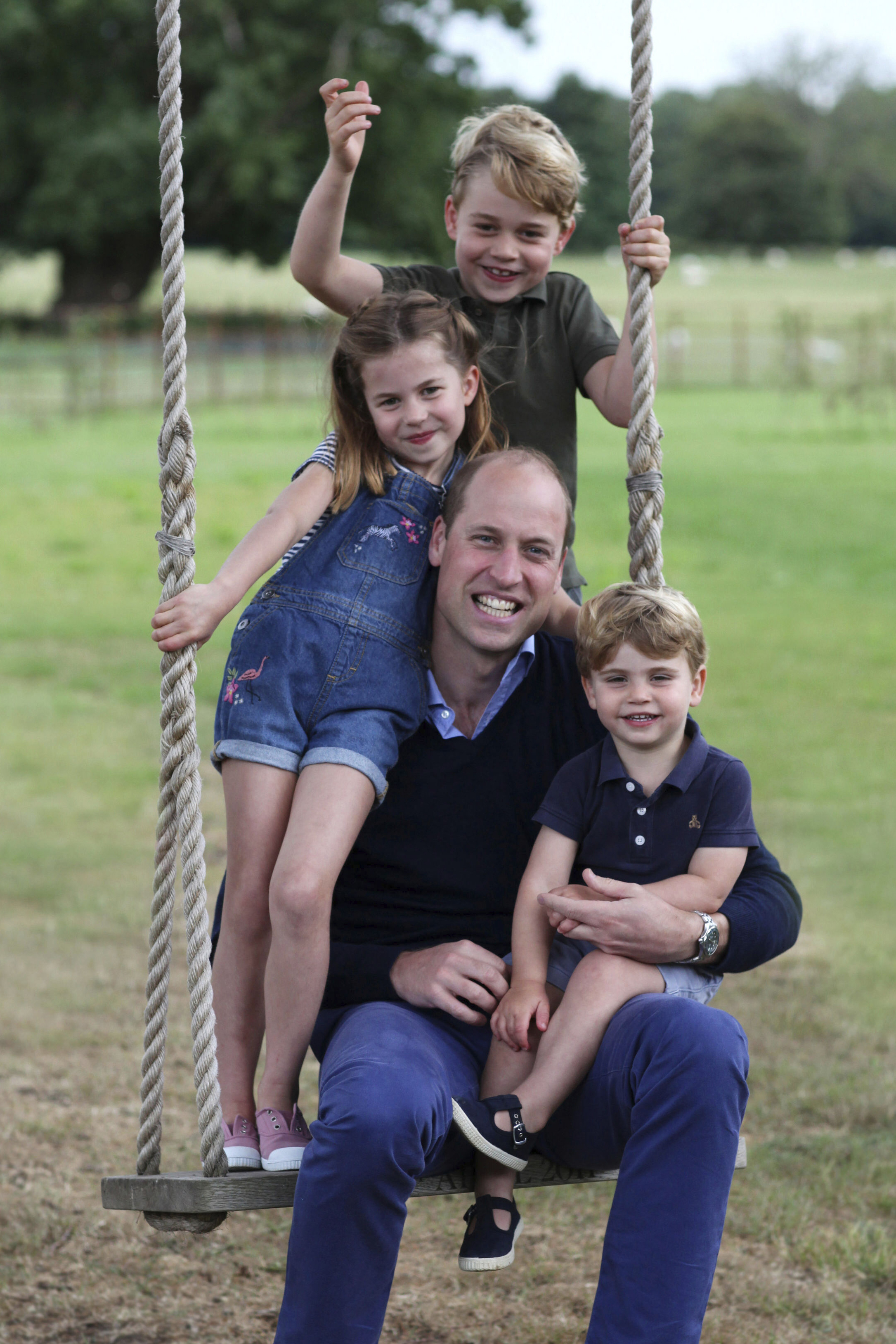 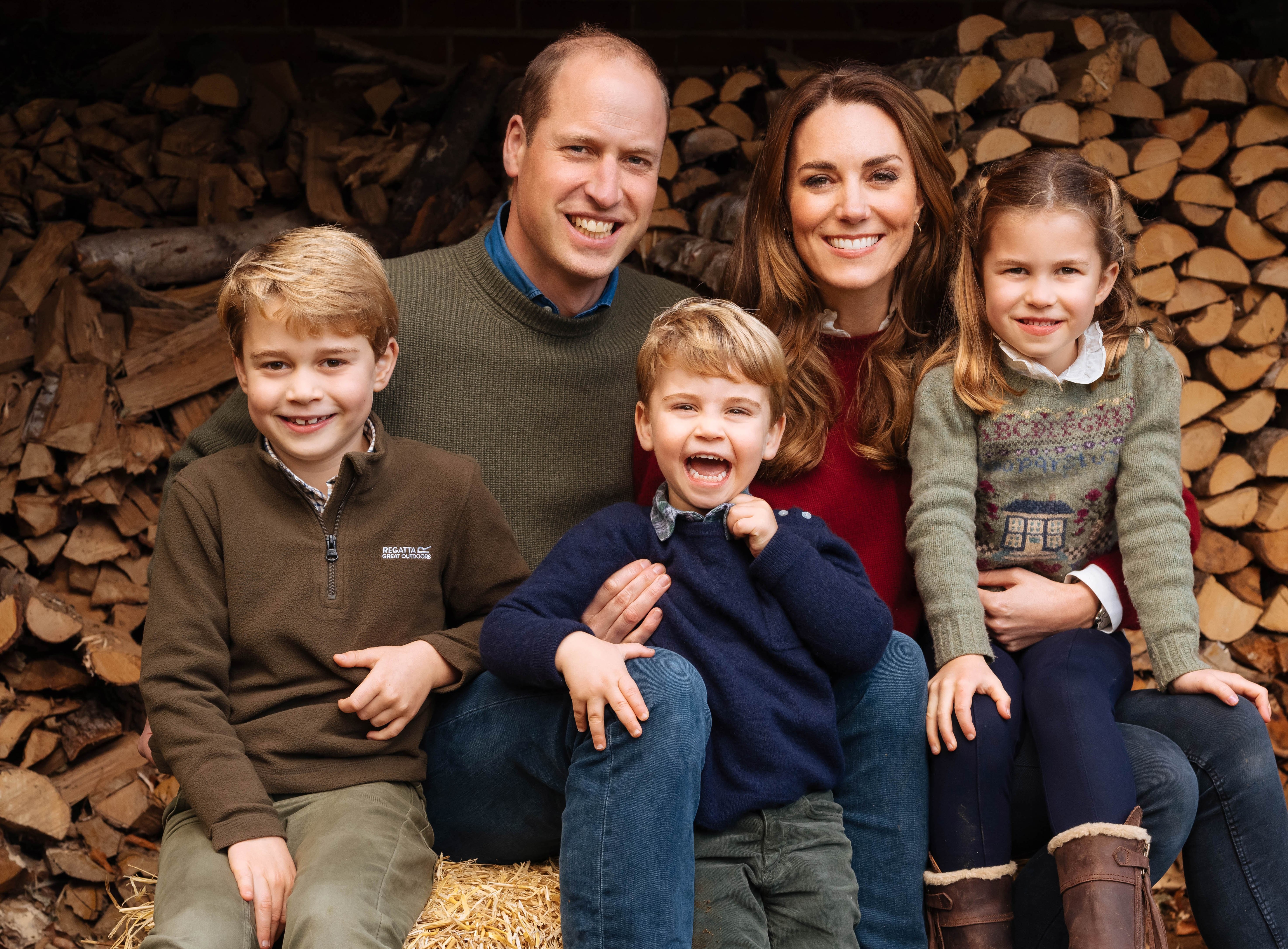 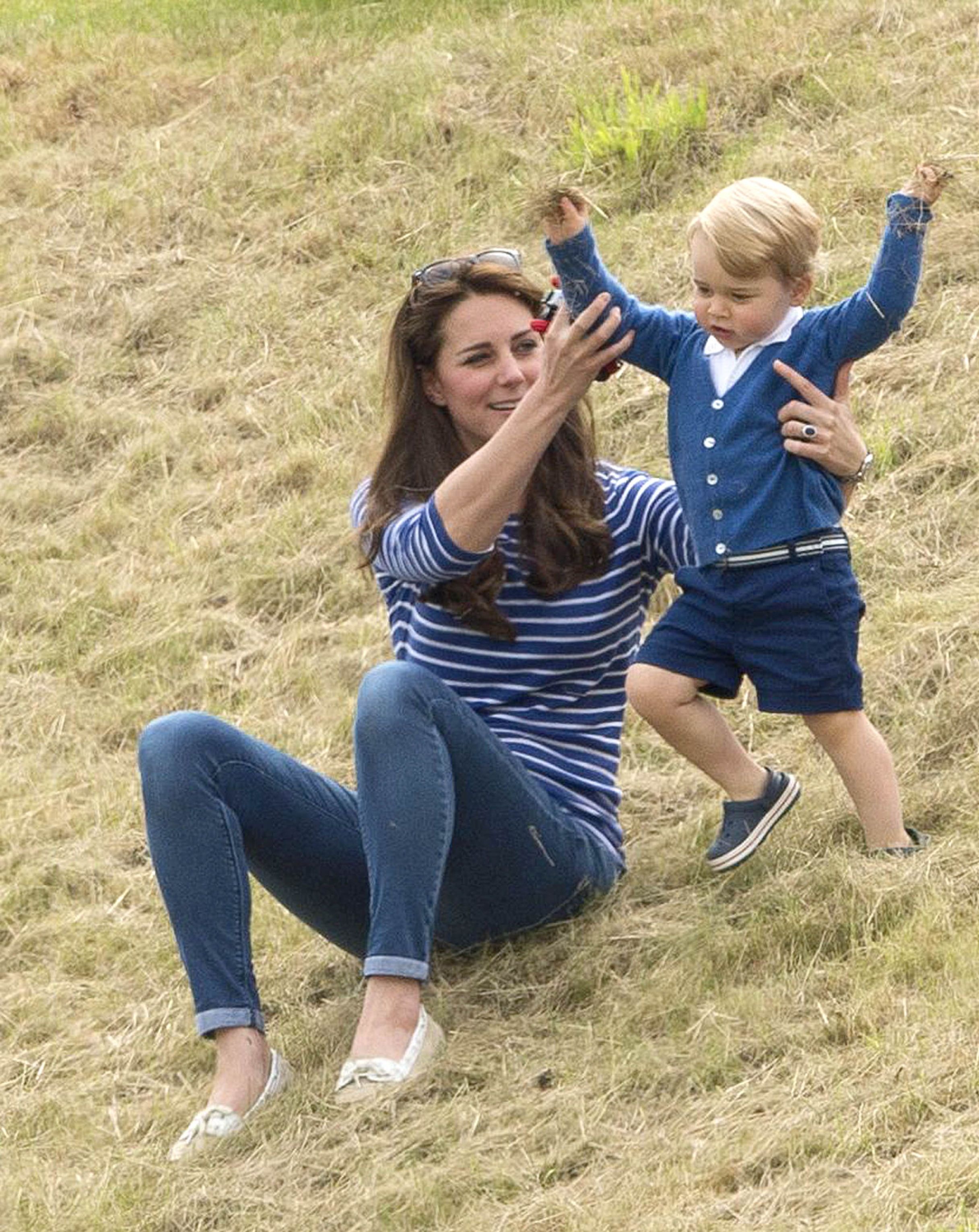 We shared the signs Prince George idolises ‘nurturing’ William, who has turned his back on ‘cold’ parenting royals were famous for.

We shared how Prince Harry & Prince William were ‘at each other’s throats’ as soon as cameras were turned off at Philip’s funeral.

And Prince William is ‘concerned’ Prince Harry ‘may go too far with his truth bombs’.