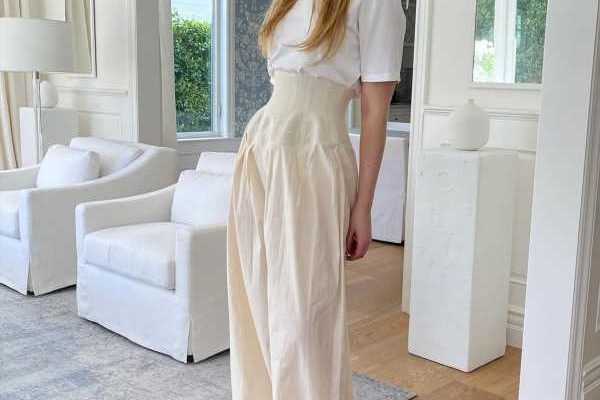 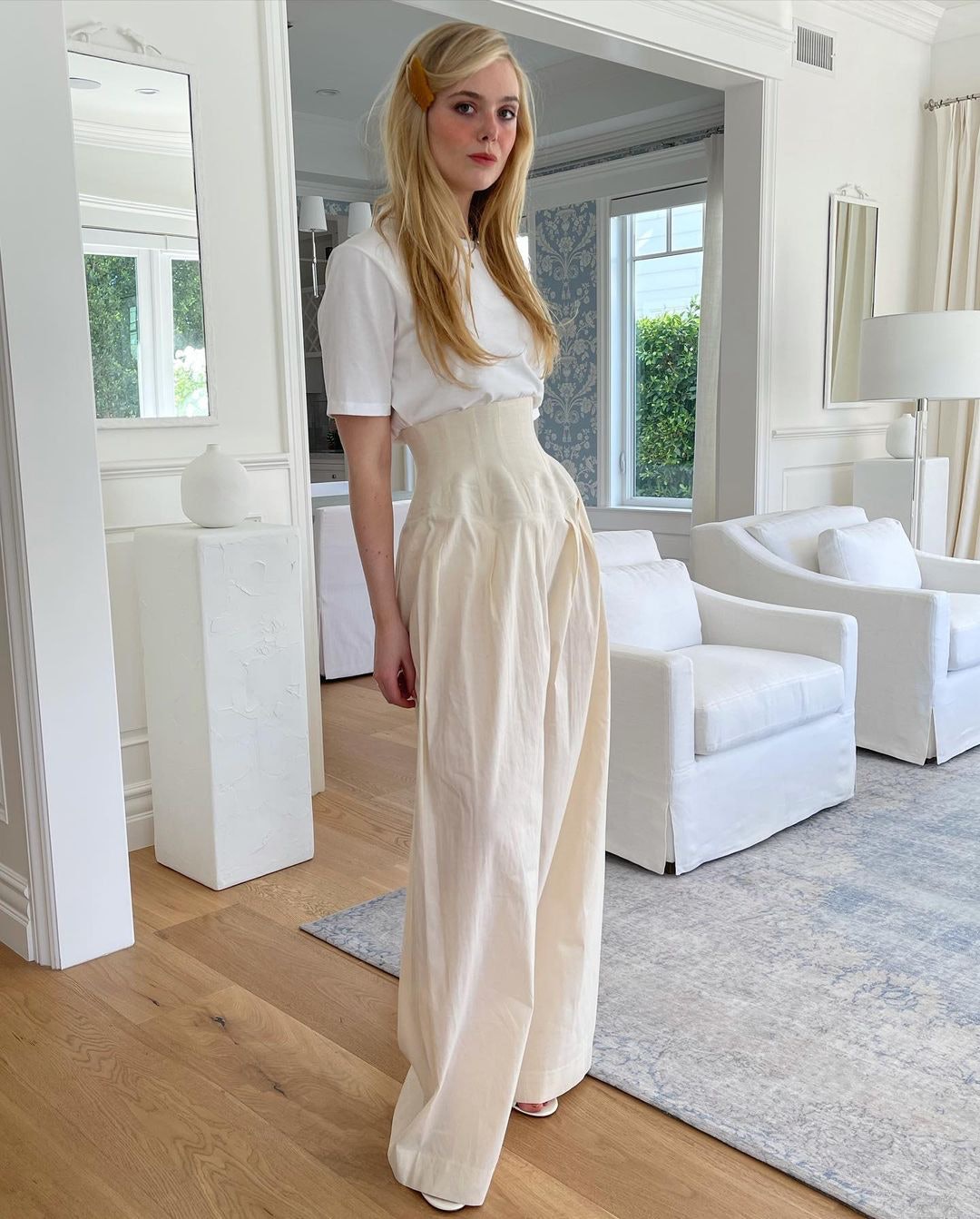 When watching a runway show, it’s often easy to imagine your favorite celebrities wearing the presented looks at upcoming premieres and award shows. The Gucci Love Parade earlier this month displayed at least a dozen Hollywood-worthy dresses (one of which Lady Gaga snatched up very quickly) and Mônot’s most recent show has already been heavily represented on the stars. But it was the accessories at Loewe, with their surrealistic nature and quirky originality that made the idea of them out in the wild so exciting and luckily, we didn’t have to wait too long before we got to see them styled in a look. On Sunday, The Great star Elle Fanning donned a pair of Jonathan Anderson’s “ready-made” heels, eliciting much awe (and egg puns).

Fanning and her stylist, Samantha McMillen, paired the white sandal heels with a pair of extremely high-waisted, corseted off-white pants with a tucked-in white tee, both from The Row SS22 collection. The simplicity of the look allowed for the shoes to take center stage, but its chicness also made a perfect pairing for the celebrated shoes.

The look was one of Fanning’s many fashion highs while promoting the second season of The Great. On Saturday, the actress paired a blush pink Vivienne Westwood corset with a pair of The Row trousers during an appearance Vulture Festival. Fanning then stuck with a similar color story when she finished off the weekend with a beautifully intricate Atelier Versace gown for the season two premiere. “Elle wore a modern take on classic Rococo hand embroidered, soft pink bustier which was inspired from one of Gianni Versace’s pieces,” McMillen wrote about the dress on Instagram. “The embroidery features an impression of Catherine the Great and two 18th century women. Elle wanted them with her on the day of her premiere.”