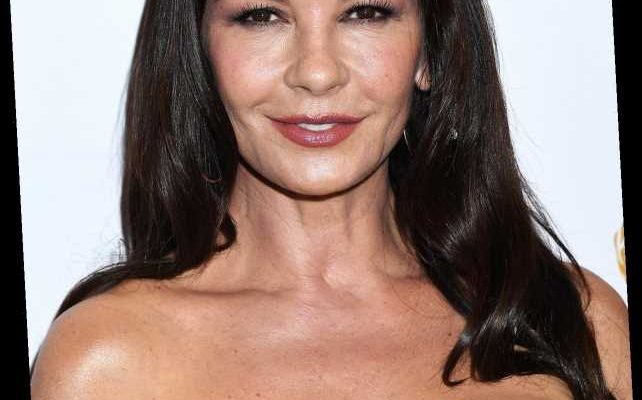 Catherine Zeta Jones says she has had plenty of fashion disasters during her time in the spotlight. But one that she'll never forget? The time her zipper broke right before heading to the Golden Globes.

In this week's issue of PEOPLE, the actress, 51, recalls the wardrobe malfunction that happened to her "fabulous dress" as she was getting into the car on her way to the awards show one year.

"The makeup artist had to go and get a black piece of cotton from housekeeping at the hotel and sew me into it," the Prodigal Son star says. "I always have an issue with [the] zipper. I always think, the more beautiful the outfit sometimes, the more vulnerable the zipper is. I don't know. You can have a cheap dress, and that zipper never breaks." Zeta-Jones has also had her top fall off in between "quick changes" during theater productions, and NSFW moments when the flash of a paparazzi camera once caught her in a sheer look with nipple pasties underneath.

"Note to self. I'm okay with a nipple showing, as opposed to, just two white circles on a black dress," the Casa Zeta-Jones designer jokes. "Not pretty."

For more from Zeta-Jones, pick up the latest issue of PEOPLE, on newsstands Friday, or subscribe here.

This year, she attended the 2021 Golden Globes alongside her husband, actor Michael Douglas, where they color-coordinated in matching all-black ensembles. The actress presented an award alongside her husband, looking elegant in an off-the-shoulder ruched black gown with a sexy slit up the front and bead detailing with a David Yurman ring and platform heels.

When PEOPLE previously caught up with Zeta-Jones in February she revealed the beauty look her husband loves most on her. "I'm lucky. Michael always notices when I try something new and says, 'You look amazing.' (Smart guy!)," she said.

The actress continued, "He likes everything from a no-makeup, natural look when we're at the beach to a dressy red carpet look."

As for Douglas' own grooming routine, Zeta-Jones said her husband doesn't need any of her advice. "After all these years, he's got it down," she said. "He always look fabulous!"