MANY wedding guests have been guilty of going OTT with a free bar, but one has taken things to a whole new level.

This cheeky guest came armed with Tupperware containers to steal food from the wedding buffet – and also took bottles of beer for the road. 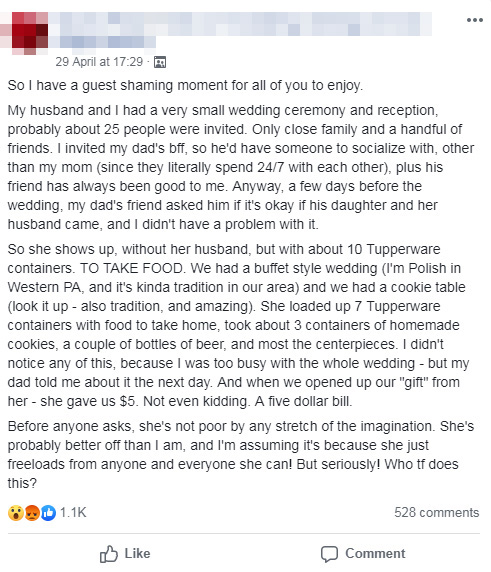 To add insult to injury, she gave cash as her wedding present – but the stingy guest only gave a $5 note, or £3.80 to you and me.

Taking to Facebook, the horrified bride said explained she only invited 25 of her closest friends and family to the wedding reception.

But she also invited two of her dad's friends, "so he'd have someone to socialise with", and one of these blokes brought along his daughter.

She wrote: "So she shows up… with about 10 Tupperware containers. TO TAKE FOOD. We had a buffet style wedding and we had a cookie table.

What the actual f***. What a scab. I hope she got food poisoning

"She loaded up 7 Tupperware containers with food to take home, took about 3 containers of homemade cookies, a couple of bottles of beer, and most the centrepieces.

"I didn't notice any of this, because I was too busy with the whole wedding – but my dad told me about it the next day.

"And when we opened up our 'gift' from her – she gave us $5. Not even kidding. A five dollar bill.

"Before anyone asks, she's not poor by any stretch of the imagination.

"She's probably better off than I am, and I'm assuming it's because she just freeloads from anyone and everyone she can! But seriously! Who tf does this?"

People were absolutely horrified – saying they "hope she got food poisoning". 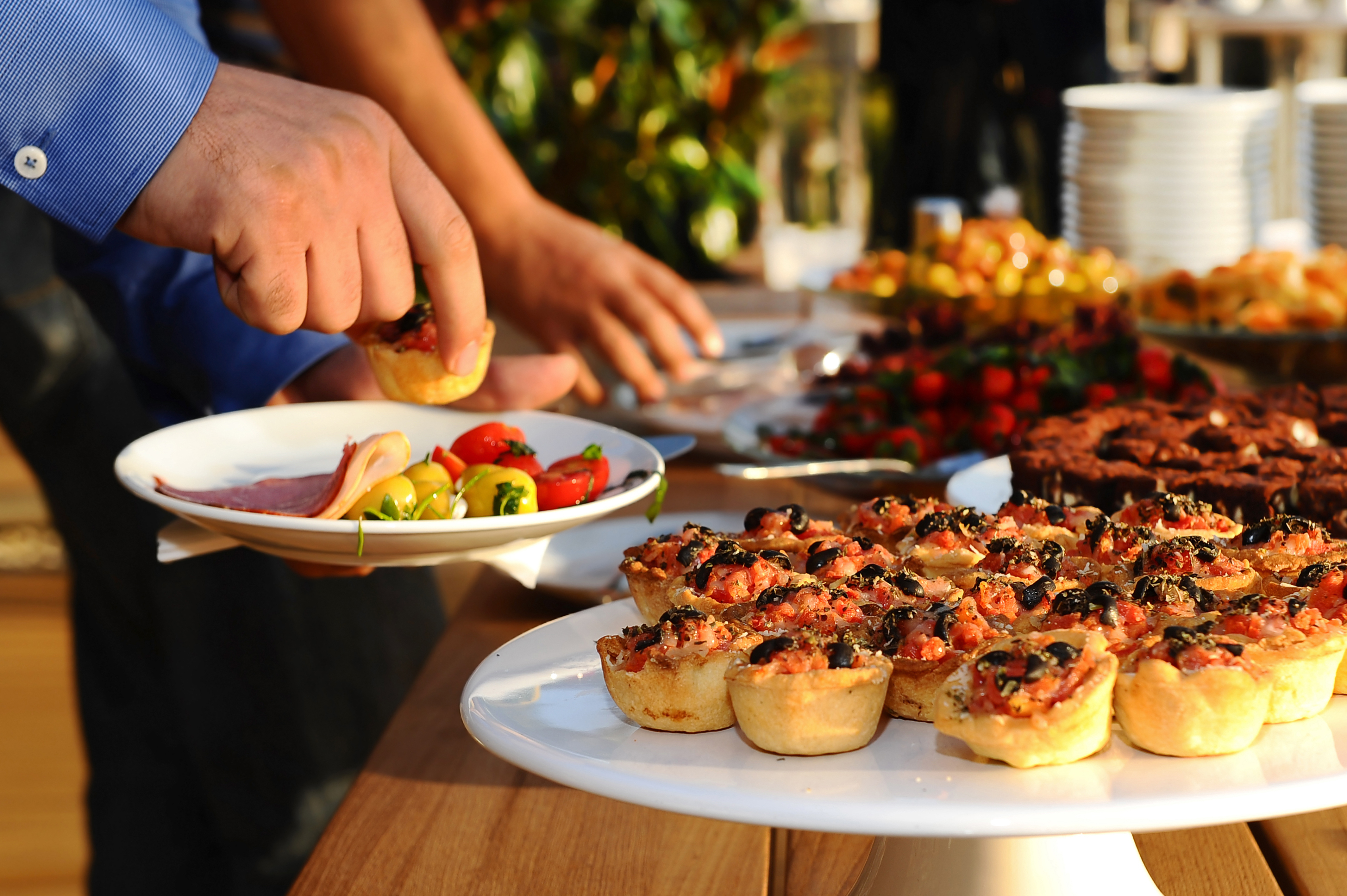 Commenting on the post, one woman said: "Some people have no shame, I would be mortified to scab off someone like this, esp (especially) at a wedding".

While another wrote: "What the actual f***. What a scab. I hope she got food poisoning" and a third added: "Super trashy".

Another woman advised the bride to "message her asking for money to cover the cost of the food and centre pieces she took".

Others had similar stories of wedding theft.

One woman wrote: "My ex-MIL tried to walk out of our wedding with three bottles of wine that MY mother paid for".

MOST READ IN REAL LIFE

While a second said: "Omg my in-laws (husband's aunts) did this at our engagement party. I didn't know what to say, and they are medical doctors too, so not poor".

Yesterday we revealed a bitter bride was selling her wedding dress for £30 – after spotting photos of her husband getting cosy with another woman just 10 days after their break-up.

While this bride-to-be was left gobsmacked after her mum pointed out her ‘back fat’ while she searches for her dream wedding dress.