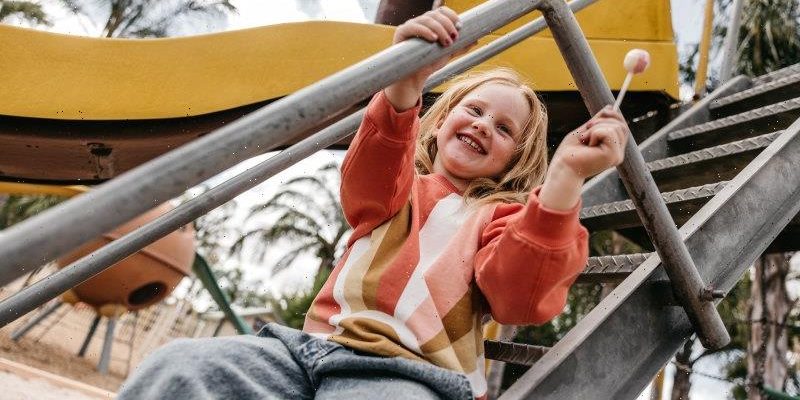 Fashion designer Jonathan Anderson knows more than many of his peers how to read the room. The London-based creative director of JW Anderson (the “W” is for William, his middle name) and Loewe was linked to one of last year’s viral style moments when singer Harry Styles shared an image of himself wearing a patchwork cardigan, designed by Anderson, at rehearsals for a TV appearance.

It was the start of lockdown, and the fashion world was in a state of flux. After the cardigan became a hit on social media (and has since been acquired by London’s V&A Museum), Anderson did something totally “un-fashion”: he released the pattern, plus a how-to video, to the public. 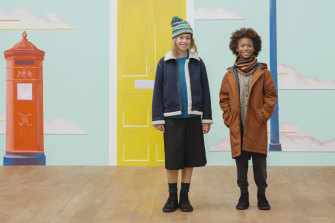 Designer JW Anderson is using his partnership with UNIQLO to help break gender stereotypes around childrenswear.

Then, when brands were scrambling to replicate a runway-style digital experience for fashion week, Anderson once more went against the grain, sending a “show in a box” to the editors, buyers and celebrities who would normally be front row.

Whacky, yes, but all part of fashion’s Great Democratisation, where consumers are more actively communicating directly with brands, which in turn are targeting new audiences, with sales not the only end goal. 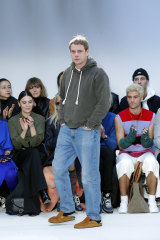 Jonathan Anderson: “It’s important we are neutral in terms of how we tackle childrenswear.”Credit:Getty

“I like to be able to access different people on multiple levels,” Anderson, 36, tells The Age and The Sydney Morning Herald via Zoom. “You can see that with other designers such as [Louis Vuitton’s] Virgil [Abloh], who is breaking down boundaries in terms of how he’s able to communicate to a wider audience without the barbed-wire fence of luxury.”

Anderson predicts a post-pandemic “flurry of consumerism, after which a lot of things will seem like they have slipped back to normal then, in the next two years, there will be some sort of structural change”.

“It isn’t possible to go back to what [fashion] was because habits have been broken,” he says.

Next, Anderson is using his new collection for Japanese retail giant UNIQLO to push for an end to gendered childrenswear. It’s the second collection for the two brands and also includes men’s and womenswear, and accessories.

While Anderson loves “mini-me” dressing – parents or older siblings and kids dressing similarly – he wanted to move away from labels around “boys” and “girls’” clothing in the collection, which is out on April 15. 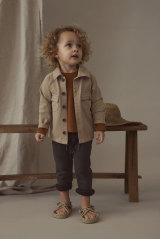 “Children are massive sponges that take in huge amounts of information quicker than we think,” he says in his only Australian interview ahead of the collection launching next week. “It’s important we are neutral in terms of how we tackle childrenswear because ultimately it has a huge effect on the future of our children.”

Historically, babies and children of all genders dressed similarly until about the 1950s. It is thought the genderfication of children’s clothing intensified in the 1980s, coinciding with more widespread pre-natal testing that included gender determination. Ask any expecting parent, and the pink and blue stereotypes begin almost as soon as the mother returns a positive pregnancy test. And while unisex clothing has been a growing trend in adult fashion for several years, childrenswear has been slower to catch up.

Anderson thinks fashion is in a “tumble dryer moment” that will force many legacy brands to tackle longstanding taboos. And he isn’t the only designer trying to shake up attitudes to childrenswear.

Randi Kjær Pedersen, designer of Danish brand Lil’ Atelier, which launched in Australia last month, says there has been a shift in kidswear towards neutral colours “not defined as feminine or masculine, but instead representing expression and values”.

But it’s not only on matters of colour where stereotypes play out in the childrenswear space. Most retailers still have “girls” and “boys” sections on their online stores. 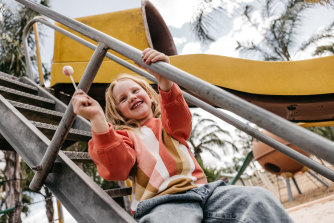 Goldie & Ace has just reverted back to a gender-free website.

But not homegrown parenting and babies’ website The Memo, whose collection of clothing is totally free of gender tags. Co-founder Phoebe Simmonds says it was a deliberate decision, borne from the already overwhelming experience of imminent parenthood and the pressure surrounding gender.

“If you don’t know the sex of your baby [yet] but clothing is merchandised based on gender, you’re immediately restricted,” Simmonds says. “Our approach is to sell timeless items in neutral tones … That way, expectant parents can prepare, stocking up on all their newborn essentials prior to birth without falling into the pink or blue trap.”

Still, even among mainstream brands, there has been some progress. Bonds launched a gender-neutral line for tweens, US retailer Gap has a “neutral” shop inside its online store, and “gender-free” Australian brands such as Goldie & Ace have been gaining popularity.

Goldie & Ace’s co-founder, Alana Tiller, says making gender-neutral kids’ clothes also supports the sustainability argument, and moves the conversation away from only focusing on gender stereotypes. Just this week, Tiller removed gender tagging on her brand’s website eight months after bowing to pressure to install it, mainly to optimise search-engine results and traffic.

“In recent times, there’s been more this political side of, ‘why should little boys not wear a dress if they want?’, or girls wearing overalls and a shirt,” she says. “We’re not born to wear one colour or another or one thing or another, so we just try to make it as neutral as possible.

“It’s something you don’t want to make political but sustainability is a nice way to frame it as well. Kids’ clothes, because [children] grow so fast, should be passed on. And making them gender-neutral is also a nice way to look after the environment.”

Get a little more outta life

Start your week with practical tips and expert advice to help you make the most of your personal health, relationships, fitness and nutrition. Sign up to our Live Well newsletter sent every Monday.

Most Viewed in Lifestyle