TWO failed marriages, a cheating wife and an engagement to his kids' nanny… a woman who is 16 years his junior.

No, this isn’t a recap of the latest episode of The Jeremy Kyle Show but rather the tangled love life of the ITV show’s loudmouth host. 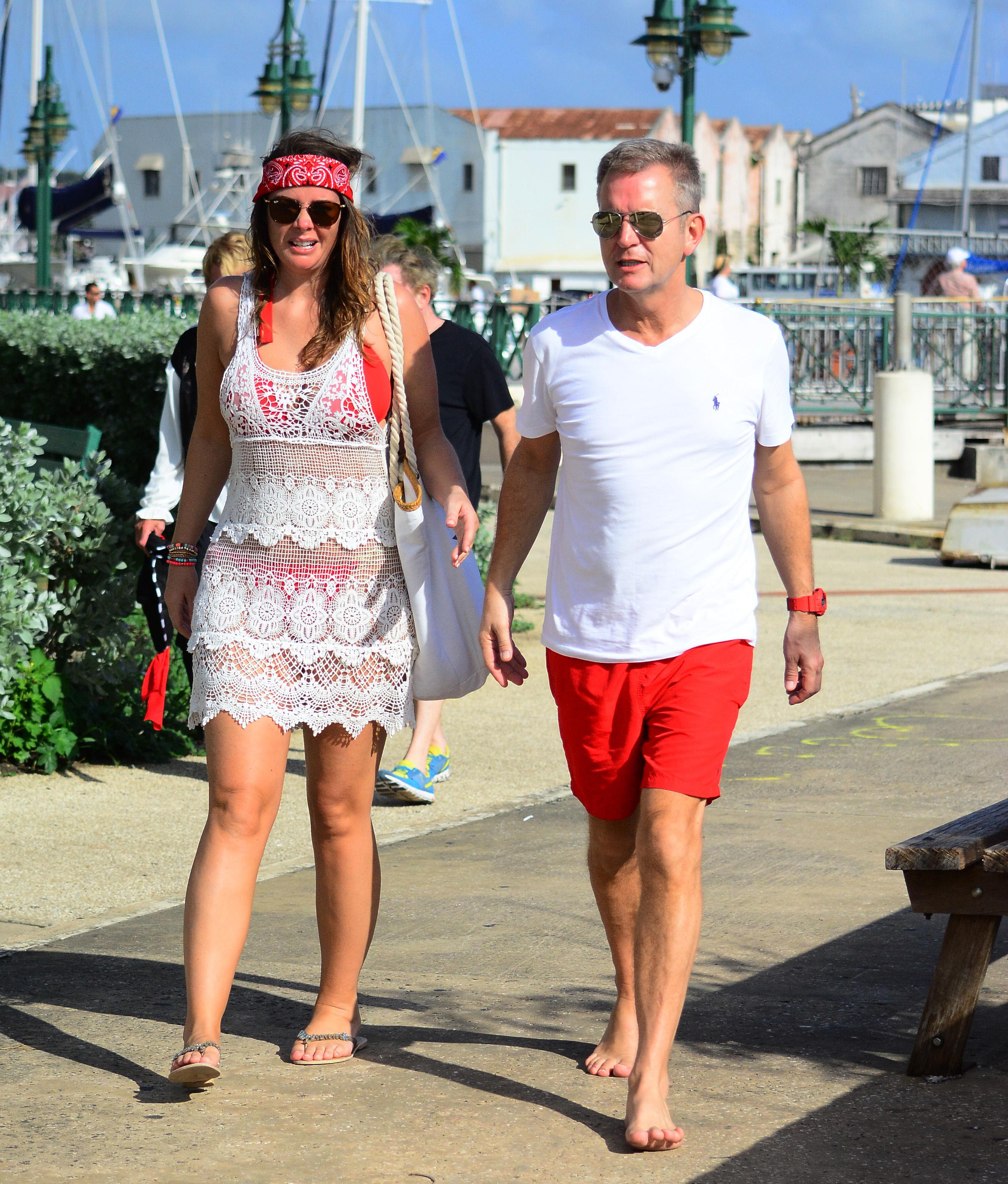 The ITV star saw his popular show axed for good by ITV today, after a guest died from an overdose just 10 days after failing a love rat lie detector test.

Jeremy, 53, popped the question to Vicky Burton, 37, on the Grenadines Islands in the Caribbean in February 2018.

A source close to the star said: “Jeremy is completely loved up with Vicky – she’s put a smile back on his face.

“He chose the Grenadines because it’s a very romantic place and they’re ecstatically happy.

“Both sets of families are absolutely chuffed for them.” 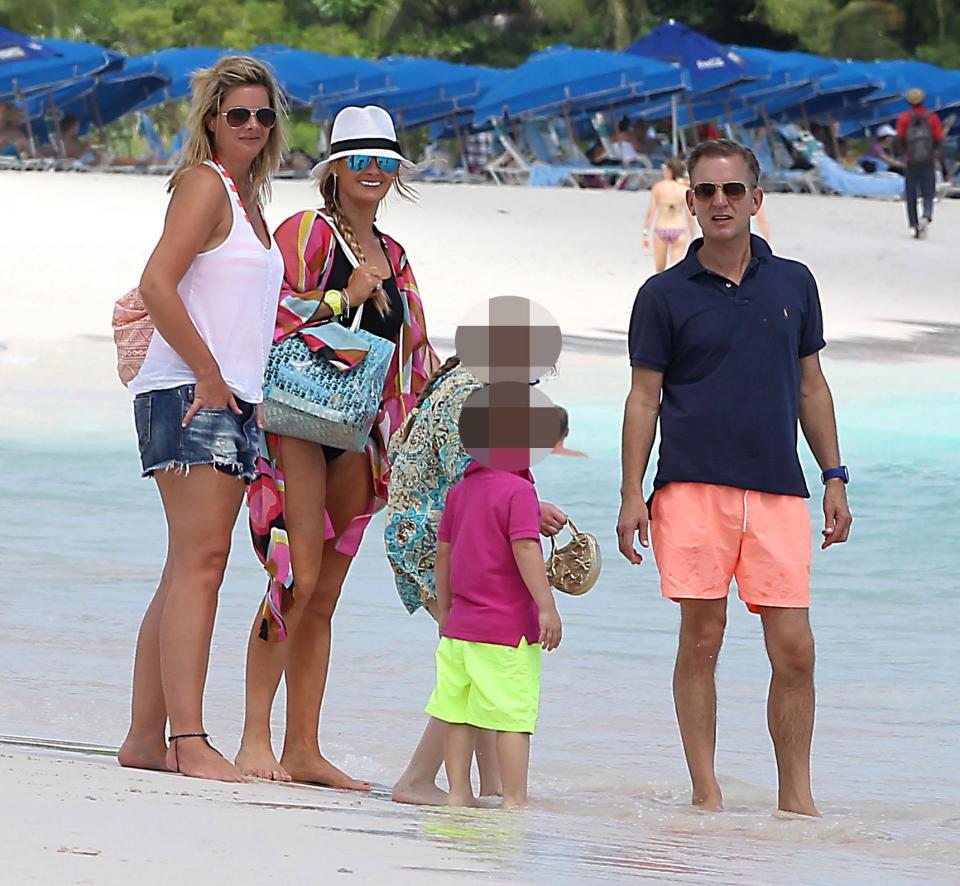 It was the previous January when it was revealed he was dating Vicky – the nanny who looked after his three youngest children during the breakdown of his second marriage.

Vicky was responsible for looking after the kids Alice, now 14, Ava, 12, and ­nine-year-old Henry, but the couple have actually known each other for over a decade.

The news raised eyebrows – although it was reported that their relationship didn't begin until after she stopped working for the family in April 2016.

However, it was just one of a number of shocking incidences in Jezza’s colourful past.

Jeremy met his first wife, Kirsty Rowley, in 1988 when he was working as a recruitment consultant in Bristol. 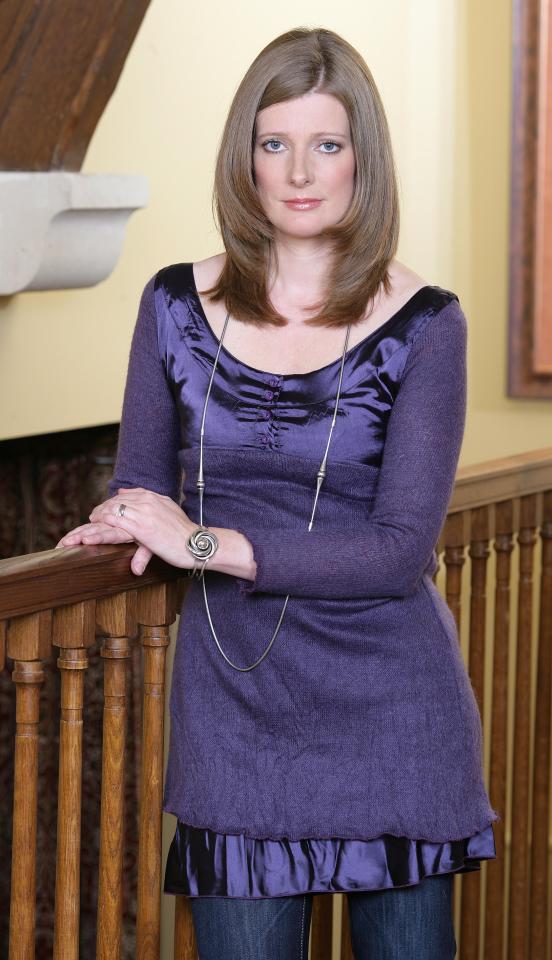 Apparently he won her over with his impression of Frank Spencer from the hit sitcom Some Mothers Do ’Ave ’Em and they were engaged within two months.

They had a traditional white wedding in July 1989 at her family home in Almondsbury, near Bristol.

On honeymoon in the Maldives after a blazing row Kirsty chucked her wedding ring into the sea. 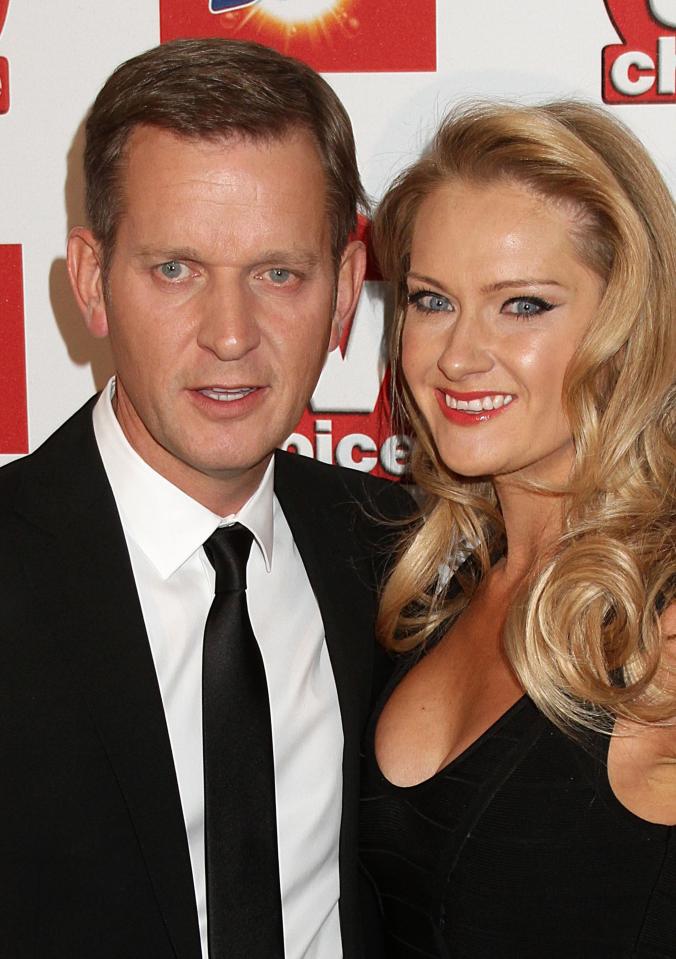 Their daughter, Harriet, now 27, was born in June 1990 but their marriage broke down a year later.

In 2007, Kirsty claimed that Jeremy had taken money from her bank account without her permission to fund his gambling habit.

She also said he had faked a life-threatening heart condition and run up £4,500 debt at the bookies and on betting phone lines.

She said: “The man I married wouldn’t have been out of place as a guest on his own show. 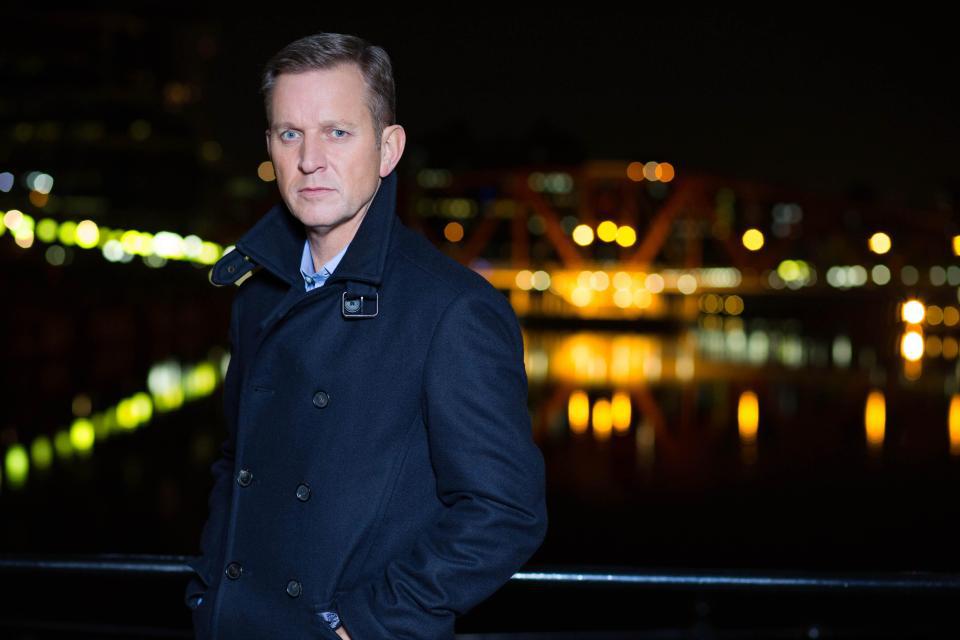 “The programme is crass and embarrassing and for Jeremy to act like some kind of agony uncle is sheer hypocrisy.”

Jeremy opened up about his long battle to beat his gambling addiction in his 2009 book, I’m Only Being Honest.

He wrote: “Gambling is the mistress that truly seduced me. I will never understand what a hit of heroin feels like, but gambling I get. Big time. 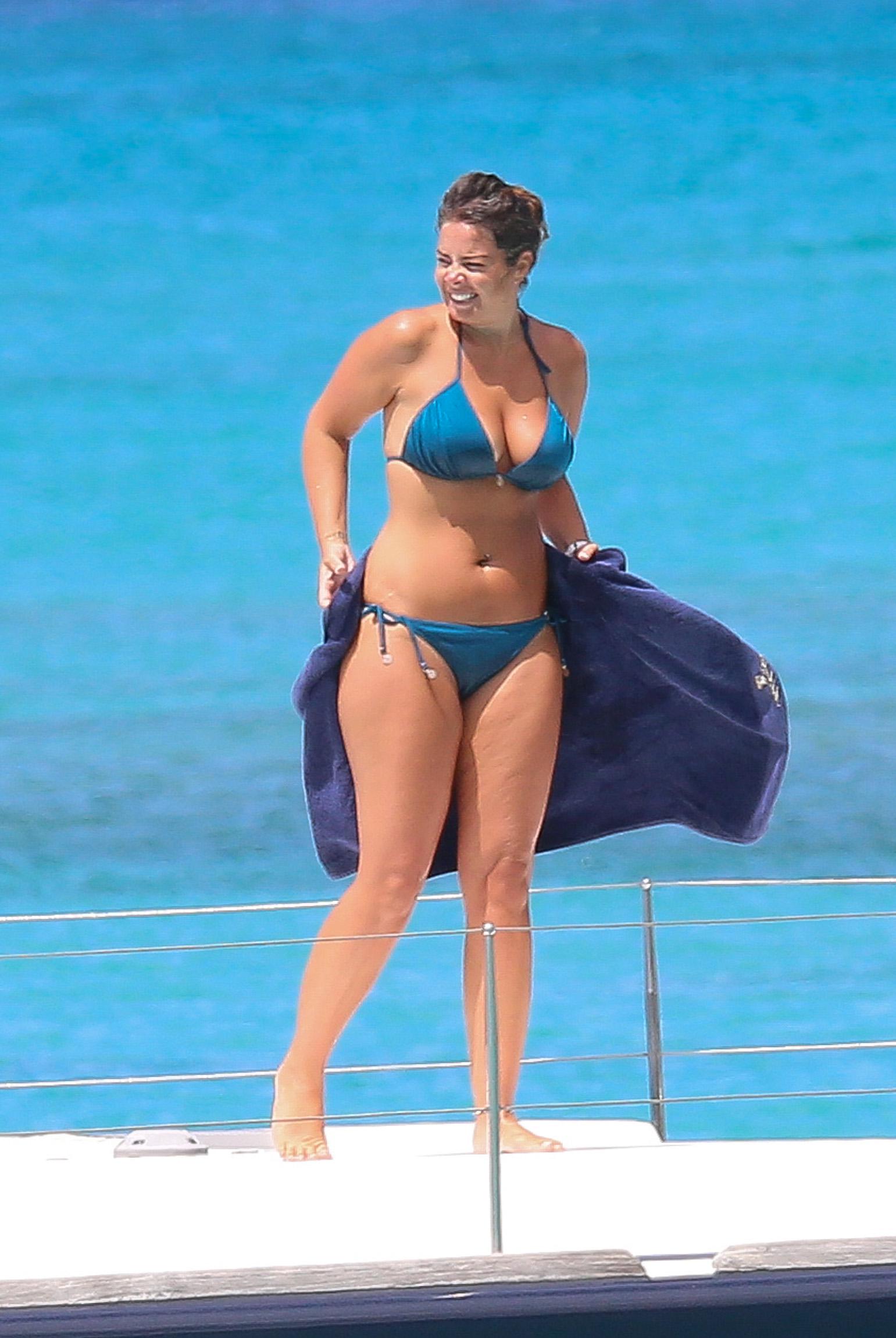 “Plenty of days I can remember taking money out of the cashpoint and going to the bookies and then losing and going again to the cashpoint — and back again and again . . .

“There was this pull and suddenly I was chasing money, trying to achieve something that has never been achieved: making a bookie poor.”

Jeremy met former model Carla Germaine in 1999, while he was presenting on the Birmingham-based radio station, 96.4 BRMB. She had won a competition to marry a stranger.

Unsurprisingly that marriage failed, but she found love with Jezza.

They got married in 2002, and have two daughters and a son together.

The pair announced they were separating in September 2015 after 13 years of marriage.

Jeremy said: “We have sadly grown apart over recent years and have been living apart since earlier this summer.”

Three months before the split he let slip that he and Carla rarely slept together any more.

He told a guest: “I haven’t had sex for ages myself.”

Then the Sun on Sunday revealed that Carla had romped with England polo player James Carr, 25, while Jeremy was away filming in the US. 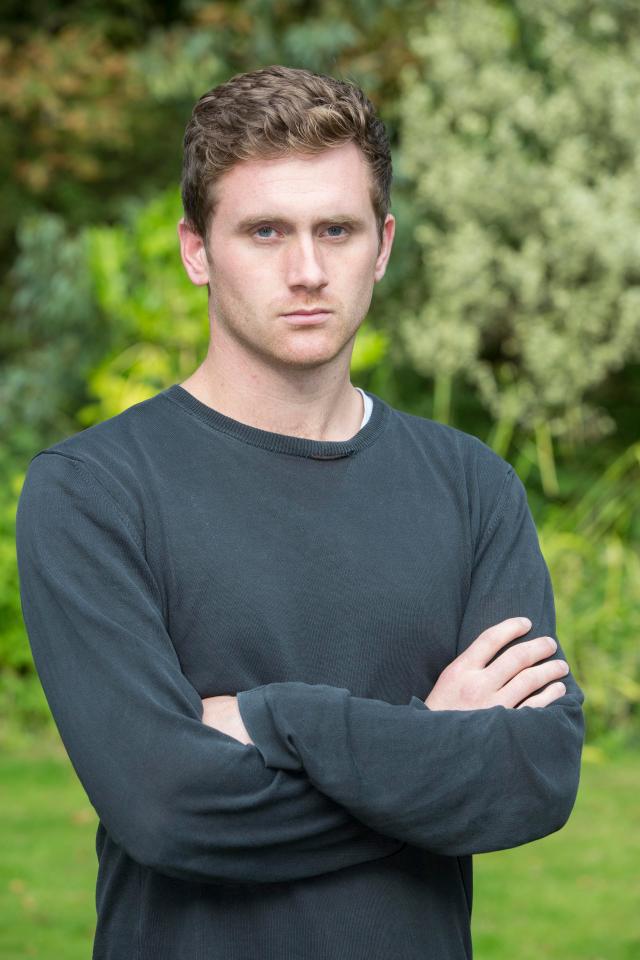 James and Carla became friendly after she went to him for polo lessons.

They had flirty chats and swapped numbers after a night out in a bar.

James said: “One night Carla called after midnight asking if I wanted to meet her outside for a cigarette.

“We had a smoke and a chat and she told me Jeremy was in America. Then suddenly we began kissing.

“Without talking, I took her hand and led her inside my house. 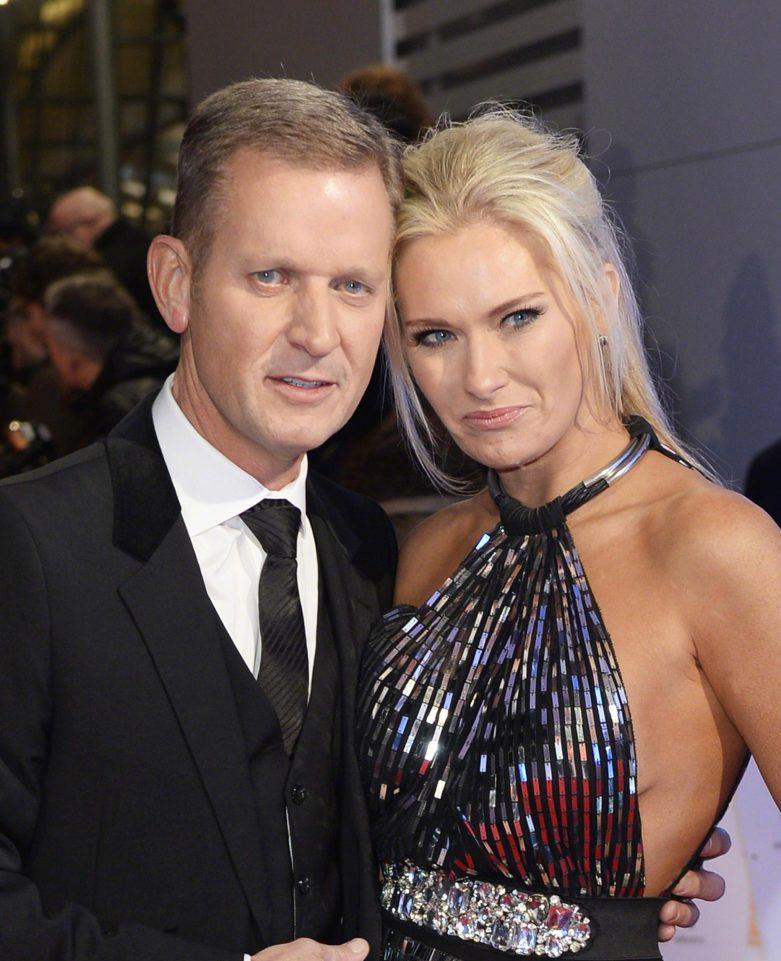 “Carla took her high heels off so her shoes wouldn’t make a noise on our stone stairs. We didn’t want to wake my housemates.

“We started having sex — it was amazing.”

But when Jeremy and Carla were granted  a “quickie divorce” in February 2016 — the court hearing lasted  20 seconds — she cited his “unreasonable behaviour” as the reason for the breakdown of their marriage.

Jeremy is said to have been dating Vicky Burton, 35, for two months – something ex-wife Carla insists she knew nothing about.

She even joined the family on holiday in Barbados in July 2013. But she quit as their nanny nine months ago.

Before the show was axed, Jeremy spent 14 years “shouting at people” and berating them for their sorry, sometimes sordid  lives.

Given his own messy private life, we're surprised he was never a guest himself.