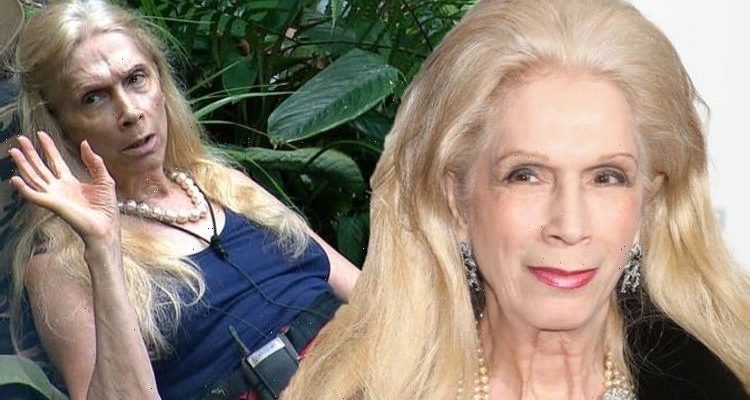 Jorgie Porter, 33, starred in I’m a Celebrity… Get Me Out of Here! with Lady Colin Campbell, 72, in 2015. In an exclusive interview with Express.co.uk Jorgie has detailed the “controversy” Lady C caused in the jungle but she saw it as “pure entertainment”.

It was entertaining at the end of the day.

Recalling her jungle experience Jorgie spoke about Lady C and the “controversy” she caused in the jungle.

Speaking about the socialite, Jorgie said: “I enjoyed her, but there were times when the cameras weren’t on and some things happened and you’re like oh my god you can’t say that.

“I think that was the last time there was controversy in the jungle, I don’t think I’ve seen it like that since.

“I am glad I was in that one as it was pure entertainment.”

She continued: “I mean it was quite harsh between certain people, Tony Hadley didn’t get on with her at all.

“I kind of liked it because at the end of the day you’re in a place that you’re just not meant to be, it’s not normal and it’s not a situation anyone can really handle I suppose.

“It was entertaining at the end of the day.”

Lady C left the Australian jungle before her time was finished, citing medical reasons for leaving.

She later claimed she felt bullied by some of the other campmates and that was what drove her to remove herself from the competition.

After she left the jungle, Lady C made a series of allegations about her time in the jungle.

She also threatened to take legal action against Tony Hadley and Duncan Bannatyne, who she felt victimised by the most.

Speaking earlier this year to Entertainment Daily, Lady C likened some of her fellow campmates to “rats”.

She said: “Well in the jungle I had no problem with the rats, it was the human rats that I had a problem with.”

In one row during her time on the ITV show, Lady C branded Tony Hadley “a pretentious s**t” as they argued over a beetle.

Tony scalded Lady C for throwing the insect that had been crawling around the camp into the fire after dinner.

Lady C is known for being very outspoken towards the Royals, having released several books based on the family.

She claimed that Meghan Markle was “not a team player” while she was a senior working member of the Royal Family.

The aristocrat alleged the Duchess Of Sussex upset unnamed members of the palace, as she refused to play by the rules and was “out of line”.

In a Youtube video released in August, she said: “Meghan has proven, with Harry’s encouragement, to be completely unmanageable and uncontainable.

“If you read my book you would see that the palace were really upset that Meghan was not a team player.”