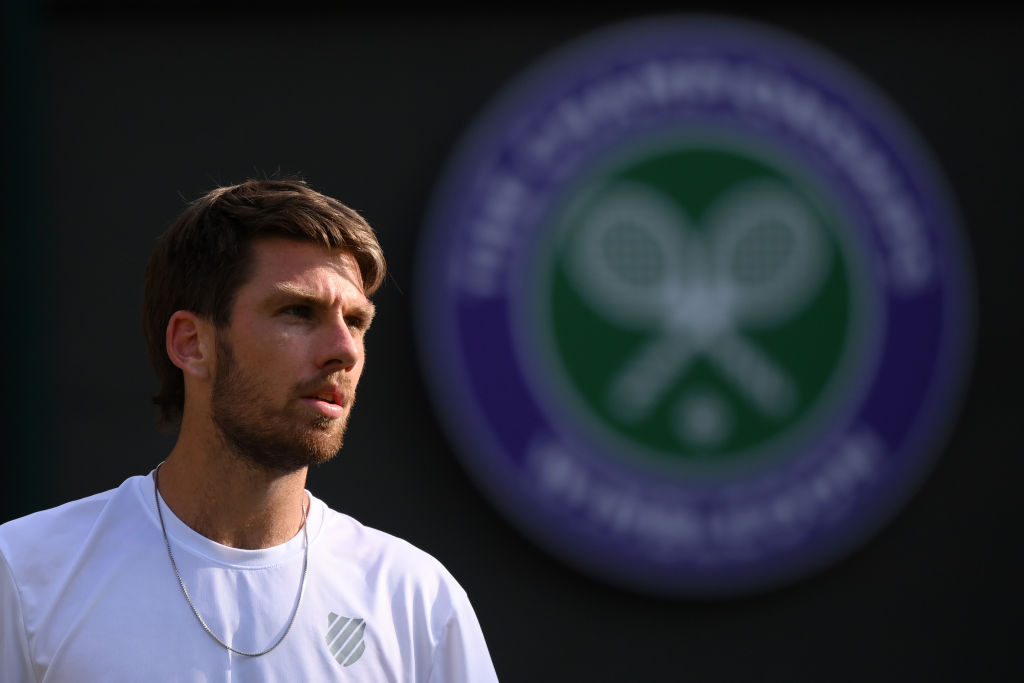 Novak Djokovic has spent a record 373 weeks at No.1 in the world. The Serbian has finished seven separate years in the top spot and only he, Rod Laver and Don Budge have held all four grand-slam titles at the same time.

He has got a winning record against Roger Federer and Rafa Nadal and last lost a completed match at Wimbledon in 2016 to Sam Querrey of the US – when he was exhausted after he had just completed that incredible run of four grand slams in a row.

So if you were British No.1 Cameron Norrie how would you approach today’s semi-final?

There isn’t one single shot or facet of the game where Norrie can claim an advantage over Djokovic. But what about the crowd’s affection and fervent support?

It was pandemonium on Court One when Norrie defeated Belgium’s David Goffin in the quarter-finals on Tuesday. Norrie was inspired by the crowd who now are finally seeing the best of him.

Djokovic has always felt miffed crowds worldwide respect and appreciate what he does, but will never offer an outpouring like they do for Federer and Nadal.

If Norrie can walk the narrow line between patience and aggression and can do a Maximus and win the crowd early, then he could upset him.

Personally, I see a four-set victory for Djokovic, who must be driven to close the gap on Nadal in terms of total grand-slam titles.

It’s 22-20 after Nadal’s most recent French Open success, and that will not sit well with the Serb.

It was great to see Pam Shriver at the All England Club. She is an all-time great doubles player, mostly alongside Martina Navratilova, and was also a grand-slam finalist in singles.

What the record books do not show, though, is the years of torment the American endured due to her coach maintaining an inappropriate relationship with her from when she was 17 and he was in his 50s.

We spoke of the released burden of talking about these matters publicly and she assures me she is healthy and well. She also says hers was not the first or the last of these types of relationship.

It’s not easy to come forward and give a personal account of these things but Pam has in a book called Passing Shots: Pam Shriver On Tour.