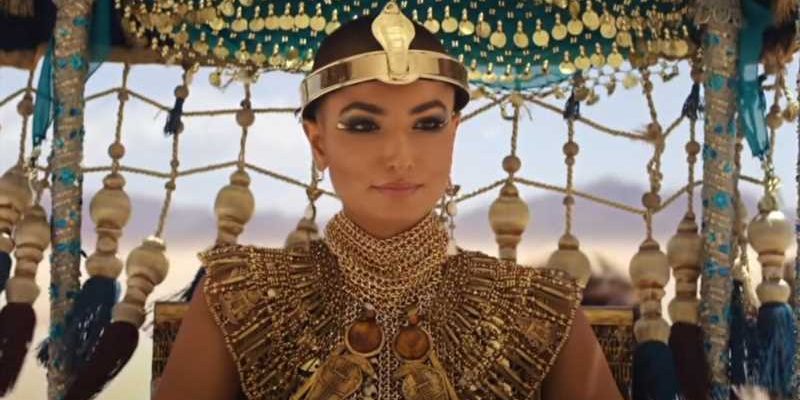 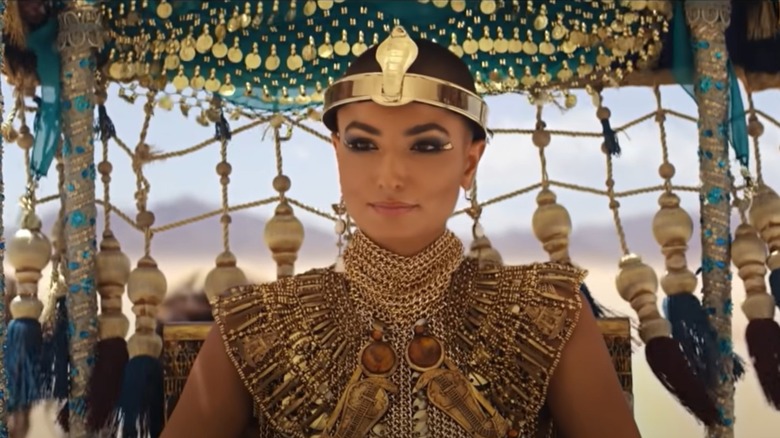 Amazon is throwing it back in the new ad for their Prime subscription service. Way, way back. Released on YouTube earlier this month, the commercial revisits the days of Cleopatra’s Ancient Egypt and tells the story of a generous leader who learns she can inspire better support from her people if she shows her appreciation for them. Instead of leading like a dictatorial diva, she uses Amazon Prime to pick out the perfect gifts to showcase her gratitude for her fellow Egyptians.

And almost like a fairy tale, they all live happily ever after. “After that it was more of a one team, one dream kind of vibe,” the narrator muses as a catchy song plays in the background. “Prime changes everything.” The song selection is another throwback classic. Although Amazon didn’t go back quite as far in time to select the tune, the choice is still fairly old school. If it sounds familiar, that’s because iSpot.tv noted it is classic rock band Sniff ‘n’ the Tears’ popular single “Driver’s Seat.”

According to the band’s official website, the anthem featured on the group’s 1978 debut album “Fickle Heart.” The breakout hit climbed the international charts and peaked at the number 15 spot on the Billboard Hot 100 in 1979 (via Billboard). It held that spot for two weeks and went on to play an important role in the group’s history. 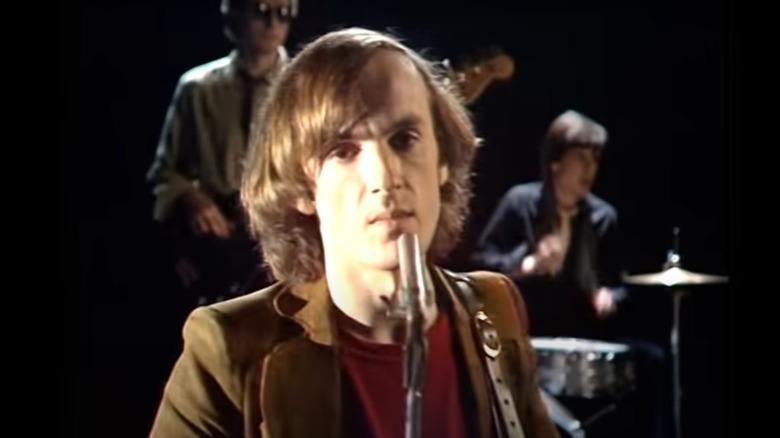 Although Sniff ‘n’ the Tears went on hiatus in the early ’80s, their music — particularly “Driver’s Seat” — endured. In fact, their website noted the song topped the charts in Holland after it was featured in a car commercial in the early ’90s. This inspired a resurgence for the band, who got back together to tour and release a new album.

Since then, “Driver’s Seat” has been featured in several movies, including 2013’s “Grown Ups 2” and “Anchor Man 2: The Legend Continues” and in 2016’s “Everybody Wants Some!!” The enduring anthem likely experienced something of a renaissance after it was first attached to a 2012 episode of “The Walking Dead” (via What Song). Culture Sonar, which listed the band as a one-hit wonder, noted that the song reappeared in popular culture even earlier after it was featured in 1997’s “Boogie Nights.”

Although the group hasn’t managed to replicate the popularity of “Driver’s Seat,” they are still releasing music to this day. Several members of the group dropped an album called “Jump” under the band’s name as recently as 2020 (via Spotify). It may not have hit quite as hard as their defining release, but it proved the group is still very much a creative force.